Most residential properties in Singapore are constructed out of concrete for the latter’s strength, durability, fire resistance, noise control and economic value. The most common being used are cinder blocks and concrete bricks. But most of the time, they are plastered and painted over for a smooth finish – altering their character altogether.

In the attempt to reimagine the tropical house we currently know, several Singapore architecture firms used concrete as an endearing protagonist – allowing its tactile quality and material character to shine in its raw form. Far from the spartan and industrial connotation that concrete is stereotyped as, these residential properties are proof that the dusty grey building material is more versatile than we give it credit for.

To counter the small plot, ip:li Architects elevated the house on columns, creating an open landscaped ground floor entertaining space that connects the outdoors to the indoors. Concrete was used as the single material to define the lower part of the house for a raw aesthetic that blends with the vegetation. The walls and columns were also created using board marked off-form concrete, which picks up on the textures and imperfections of the timber form-work beautifully. This is most evident at the grand staircase, which sets the tone for the curvature found throughout the interiors. This house won the Building of the Year accolade in the SIA Architectural Design Awards 2019. See this project in its entirety here. 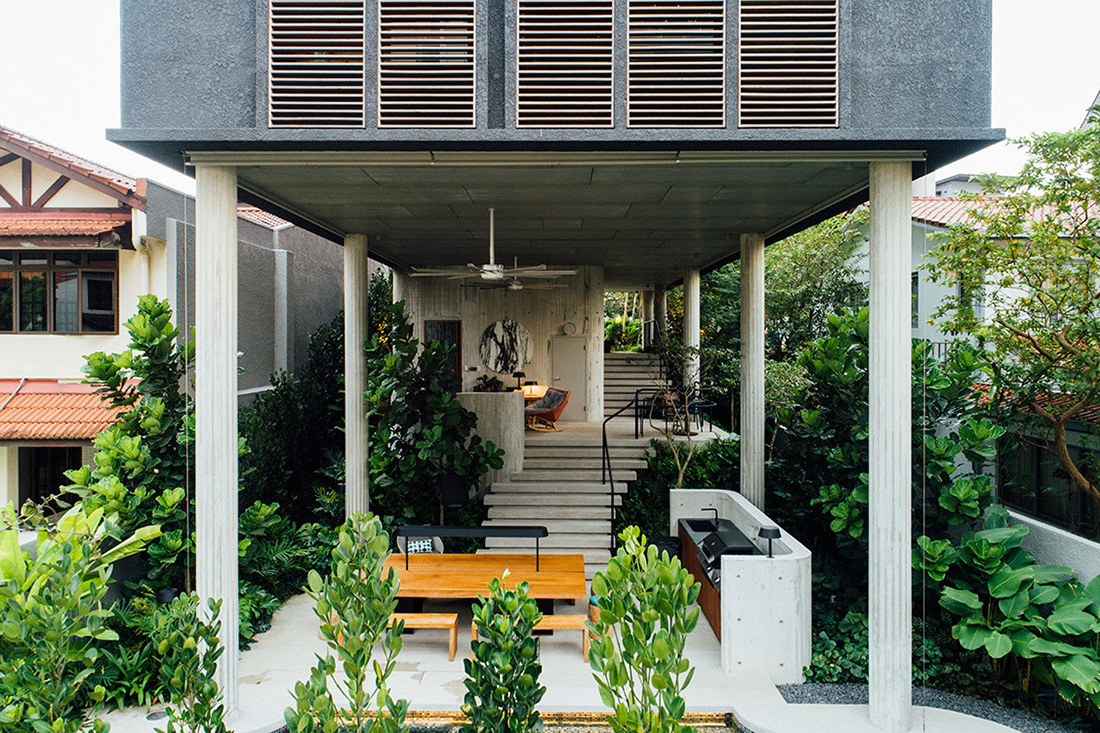 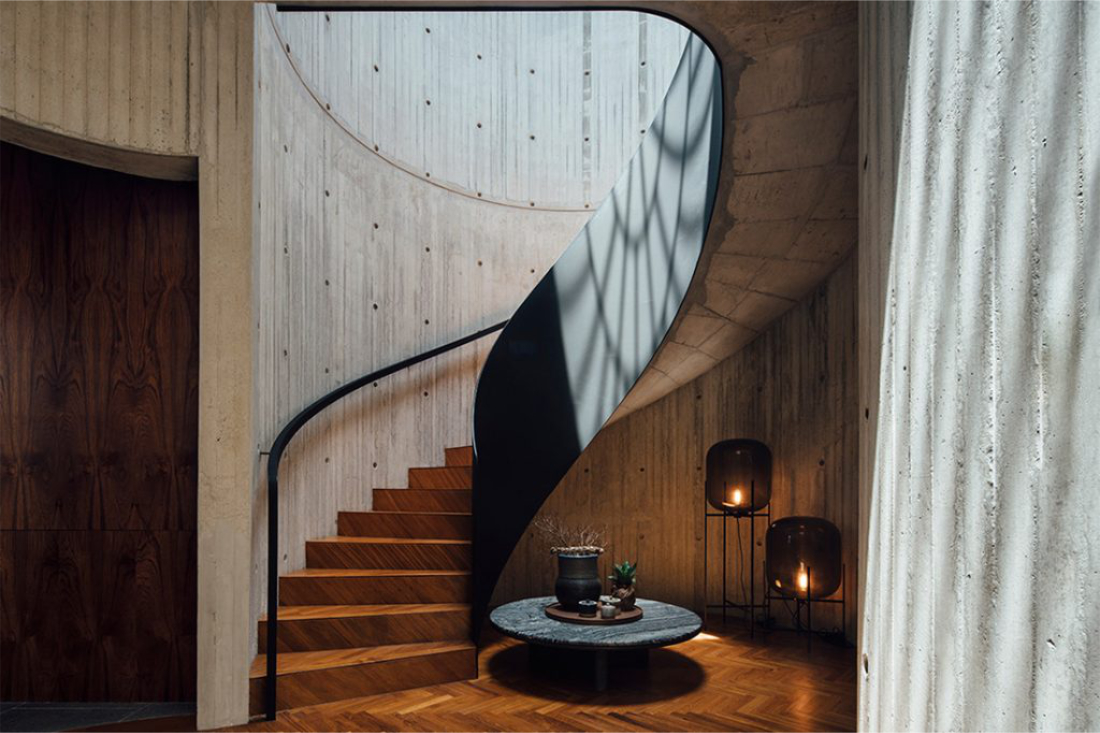 Concrete was used to accomplish the uniform tectonics of this semi-detached abode that abstracts the pitched-roof model. Though encased in a concrete shell from base to roof, an array of blockish apertures illumines the interiors with a filigree of natural light. The shell extends on the longitudinal side to envelop the semi-indoor swimming pool and reflects latticed shadows onto the pool’s surface. The design, ergo, creates an inward-looking house with an external screen, which not only controls the sun but also views in and out of the house. With timber or metal screens more commonly employed by local homeowners to achieve a similar effect, the materiality is refreshing. It grants the house robustness but the generous openings avoid reticence. See this project in its entirety here. 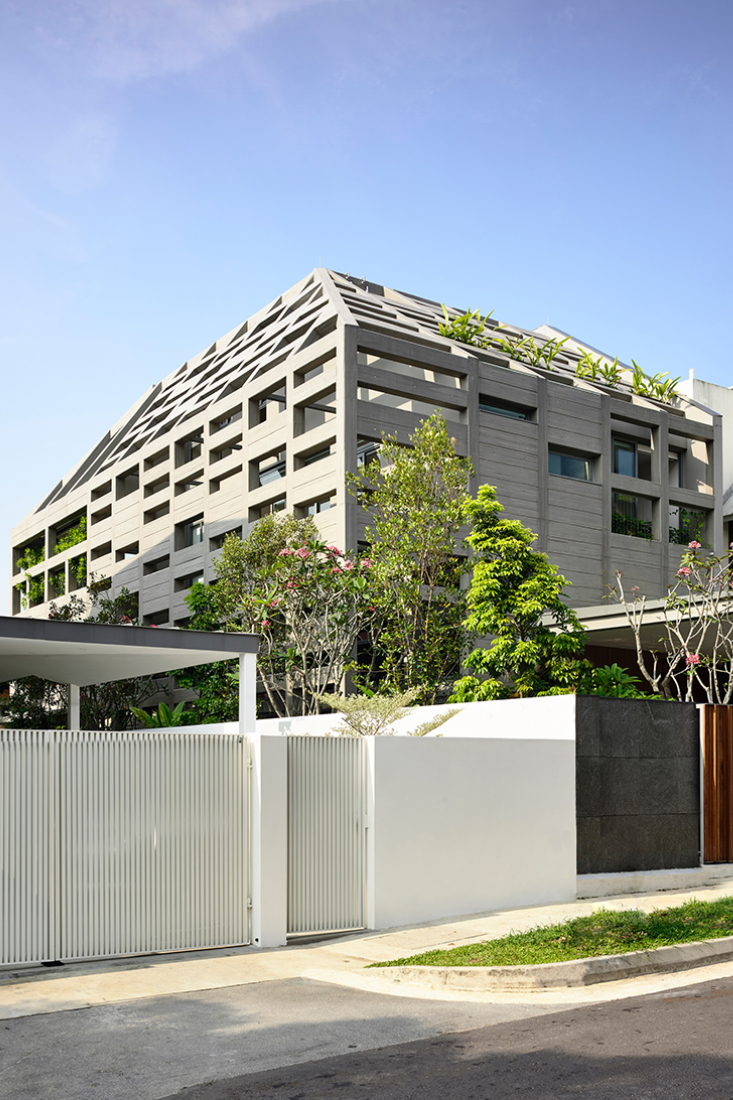 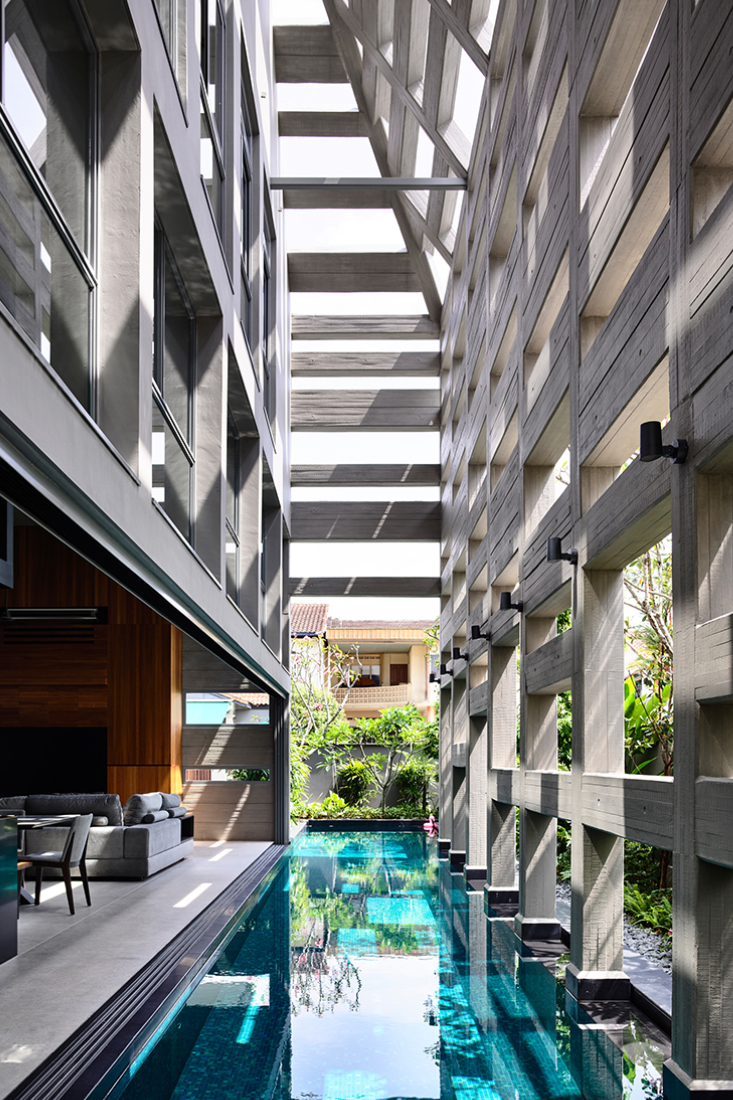 Board-form concrete defines the house externally and internally – the horizontal bands of rough texture endowing the surfaces with a three-dimensionality and perpetuating a cave-like ambience. The building’s reticent shell shields noise from a nearby highway, inquisitive eyes and the elements. Apertures on the front facade are dutifully screened while openings in the south facade (facing a nearby neighbour) are carefully calibrated. A narrow slit window above the lap pool brings light in as it creates the illusion of levitation. Not unlike many of Formwerkz Architects’ ouvre of introverted houses, nature is woven into or appropriated or abstracted to be part of the indoors, bringing colour to the grey interiors. See this project in its entirety here. 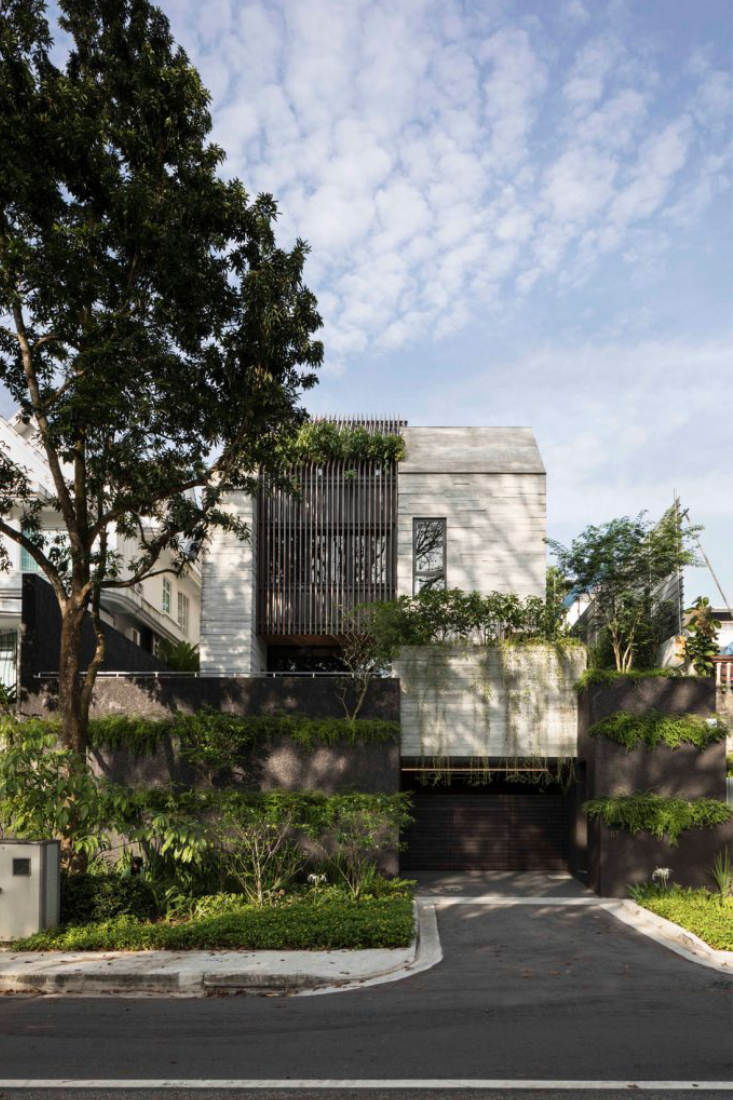 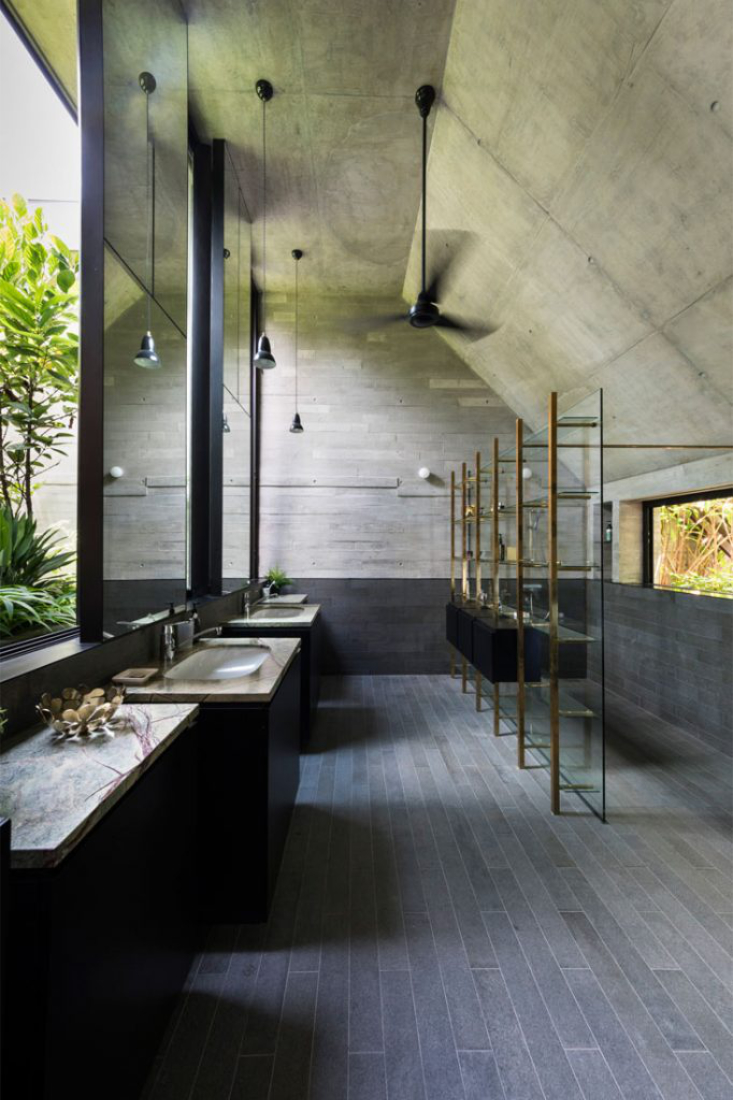