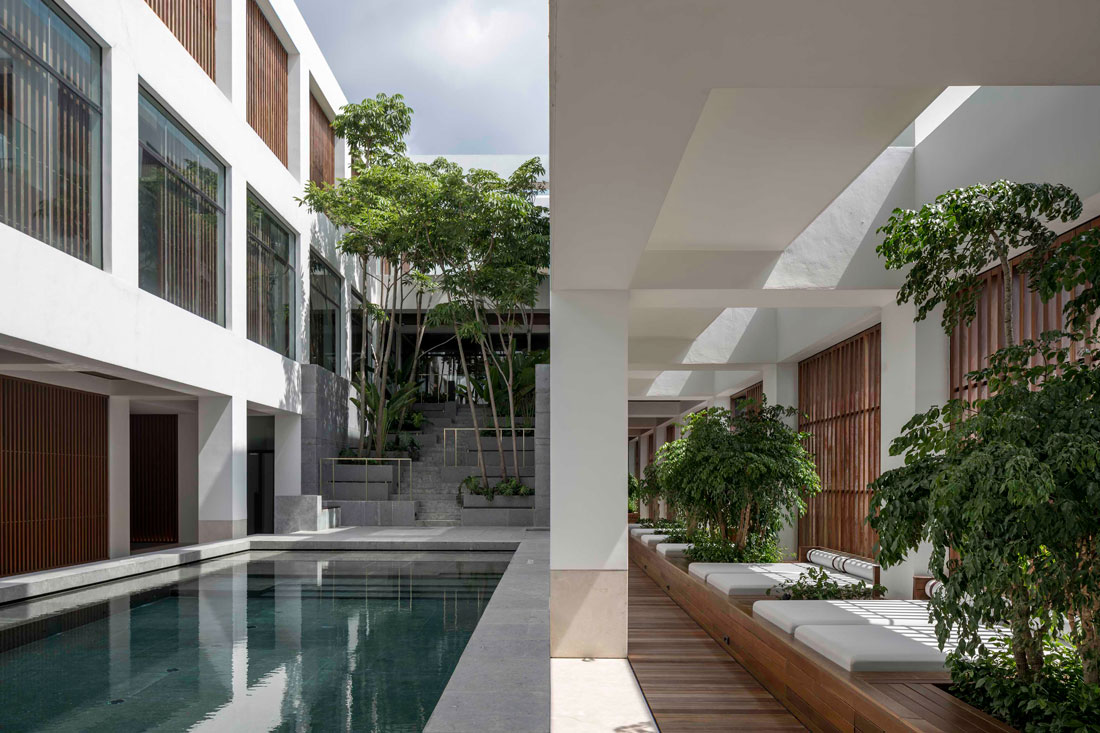 Alila Bangsar occupies the ground floor and the top eight floors of a new tower located at the junction between two districts with contrasting characters in Kuala Lumpur. 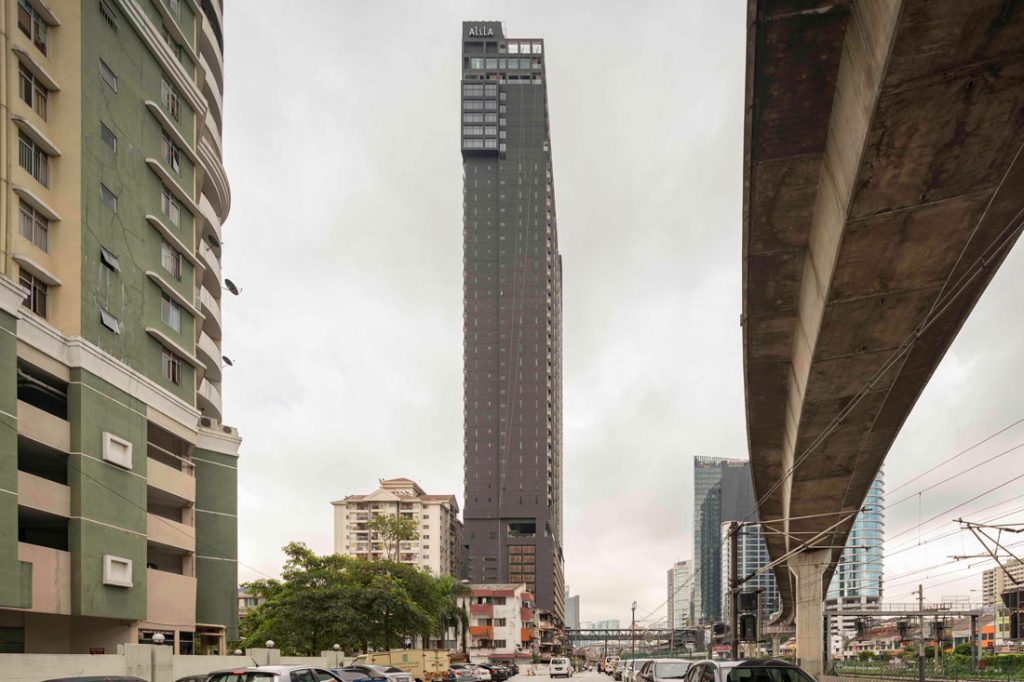 One is Brickfields, a vibrant old district that is home to old colonial structures dubbed as the city’s Little India. The other is Bangsar is an up-and-coming neighbourhood populated with some of the city’s high-end multi-residential buildings. 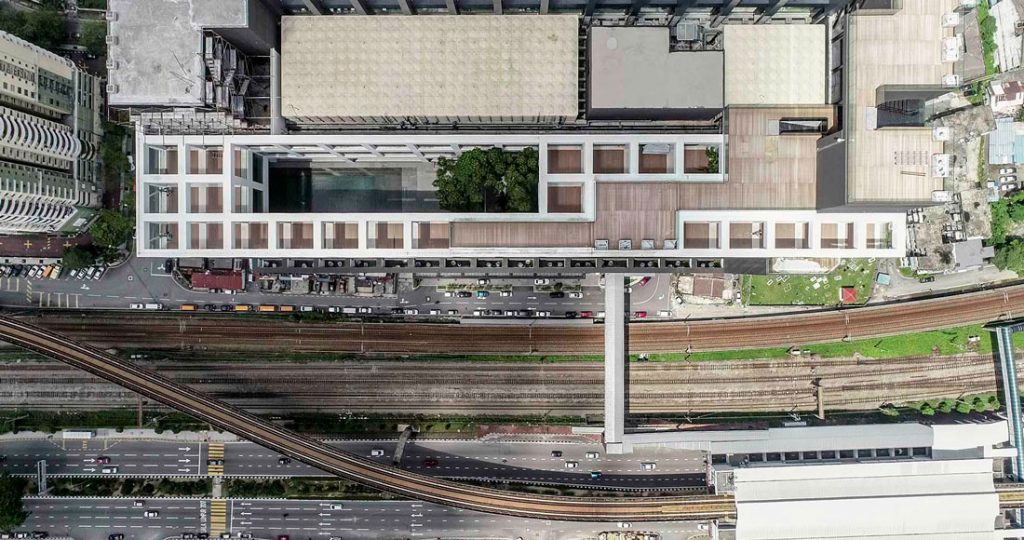 In this context, Neri&Hu has reimagined Alila Bangsar as a conceptual linkage between the past and the present – an urban oasis that can offer a respite a moment of tranquillity from the hustle and bustle of the old and new districts.

The tower that houses Alila Bangsar features a rigid structural grid that defines its facade and acts as a framework for the interior space planning.

On the ground floor, the regular intervals of openings of the structural grid are turned into entry doors and protective canopy. A large number of potted plants and timber finishes work in tandem to soften the structure’s colossal scale. 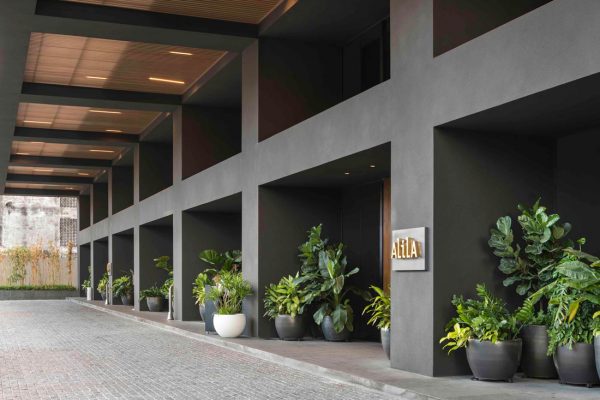 At the hotel’s upper lobby on level 42, guests are welcomed into a double-height space with a fully glazed facade that maximises natural light. In the evening, the space would glow like a lantern in Kuala Lumpur’s glittering skyline. 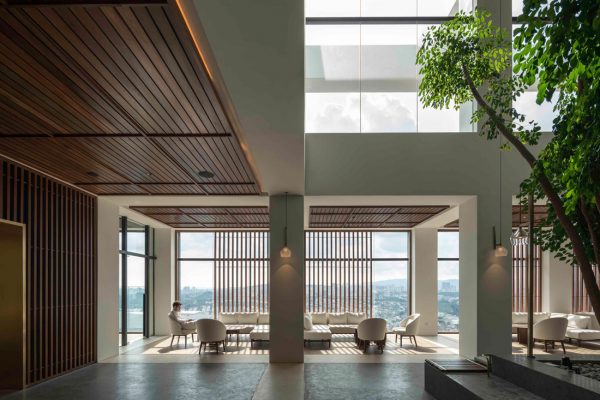 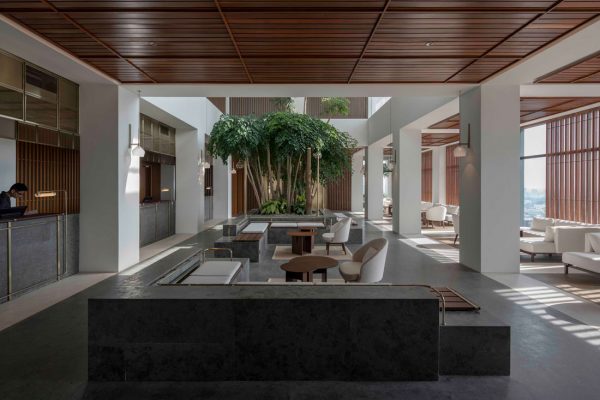 Next to the lobby is the centrepiece of the hotel’s urban oasis concept. Neri&Hu broke the structure open and inserted a three-storey-high courtyard around which all activities in the hotel are centred.

A swimming pool spans the length of the courtyard, terminating in a staircase which serves as a stage to see and be seen. Above it is an open sky, and surrounding it are lush tropical plants. 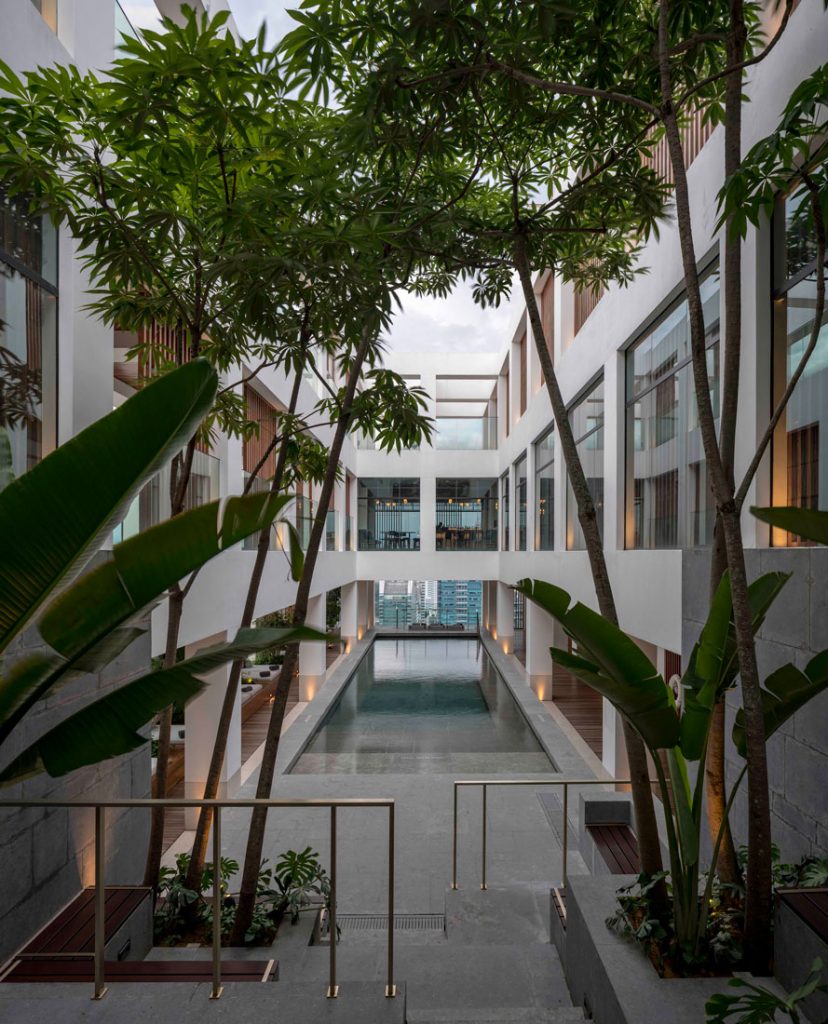 “The notion of landscape continuing in from exterior to interior, of nature being inserted into the architecture, is the key element which ties all the public spaces together and defines the urban oasis,” describe the architects. 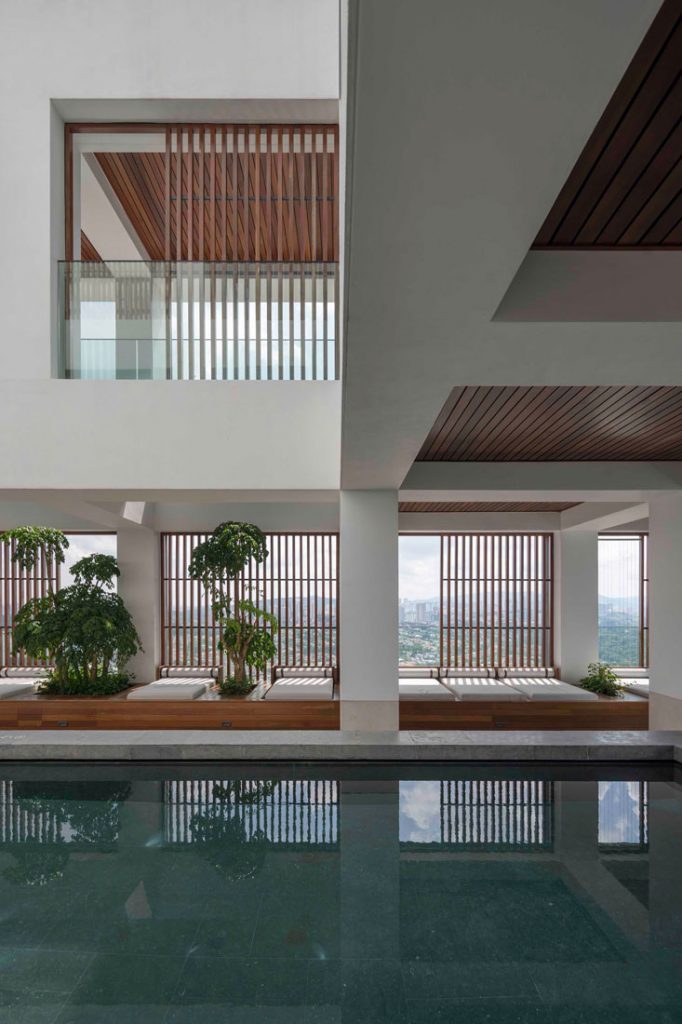 The hotel’s specialty restaurant, cocktail bar and rooftop bar occupy the top two levels surrounding the courtyard. The material palette of these F&B venues is on the neutral side, comprising grey stone, white plaster and Balau wood. Custom furniture and bronze fixtures add a touch of understated luxury.

The indoor-outdoor concept is also applied in the guest rooms. The layout is defined into two elements: ‘the hut’ and the ‘the indoor courtyard’, the former is enclosed while the latter is open to a beautiful view of Bangsar and beyond.

The bathroom united the two elements. It is inserted as a floating box into ‘the hut’ area. The circulation in the room flows around it, much like the swimming pool is placed as the centre of the activity in the upper lobby. 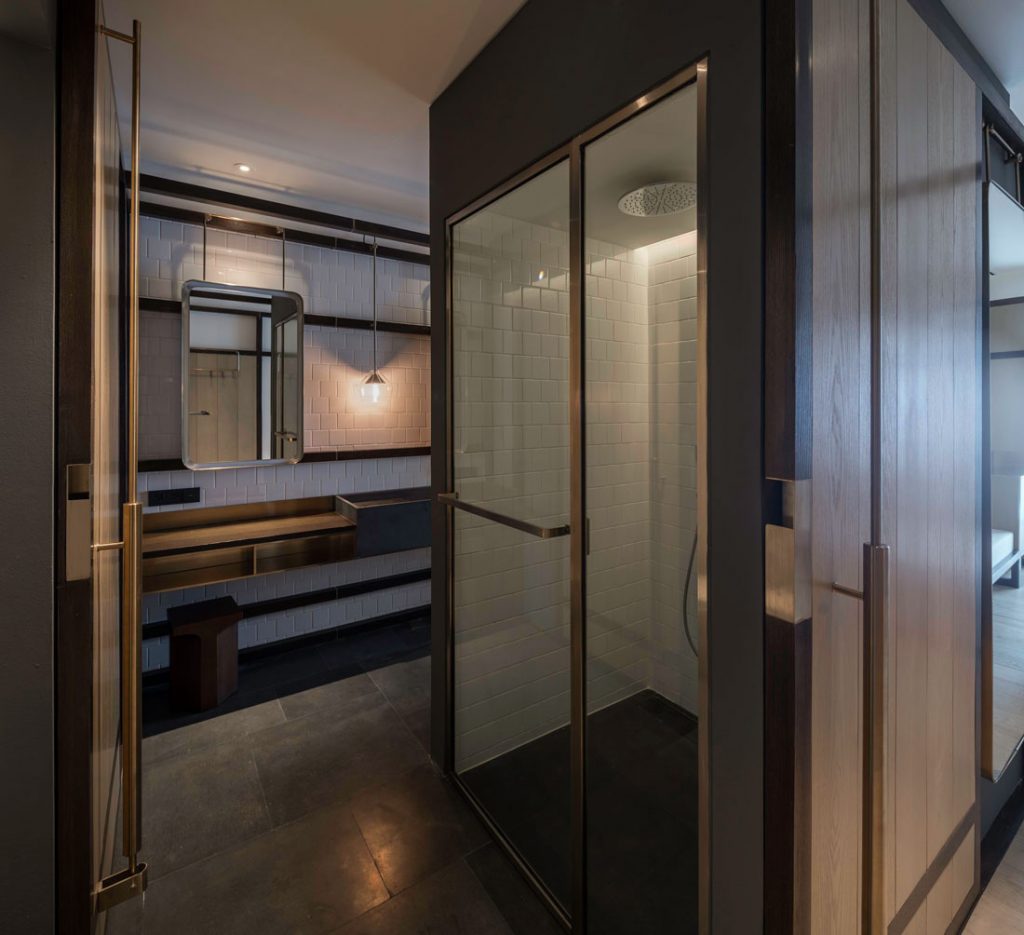 Neri & Hu’s strategy to mediate the indoor and outdoor at Alila Bangsar provides guests with ample choice of open space to bask in the sun or retreat in the shade, whether it’s at the lobby next to the swimming pool, at the restaurant overlooking the courtyard or in the privacy of their own room.