Cloudstreet: A Labour Of Love By greymatters

Cloudstreet by greymatters possesses all the operational sensibilities for a fine-dining establishment without falling prey to aesthetic stereotypes. 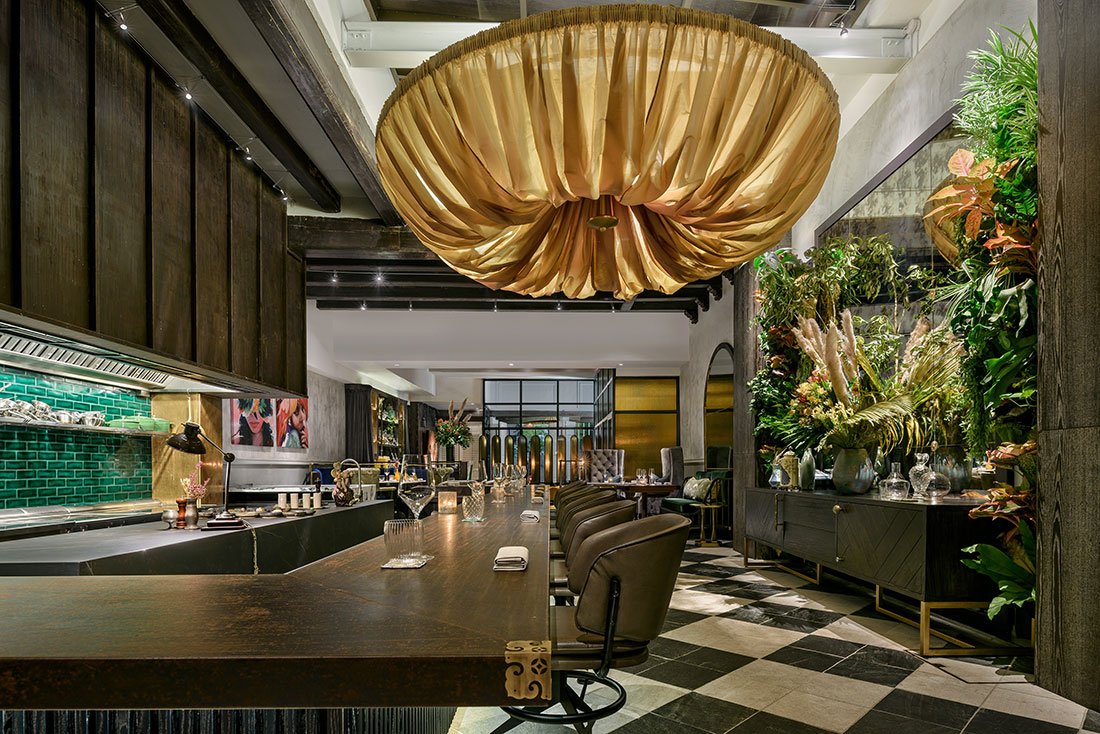 Guarded by an old-world framed-iron archway, Cloudstreet opens up to a painting of two inappropriate gentlemen gaping at a woman in her underwear and high heels. “It was meant to be a shock when you open the door,” says Alan Barr, founder of greymatters who designed the 35-seater fine-dining restaurant. 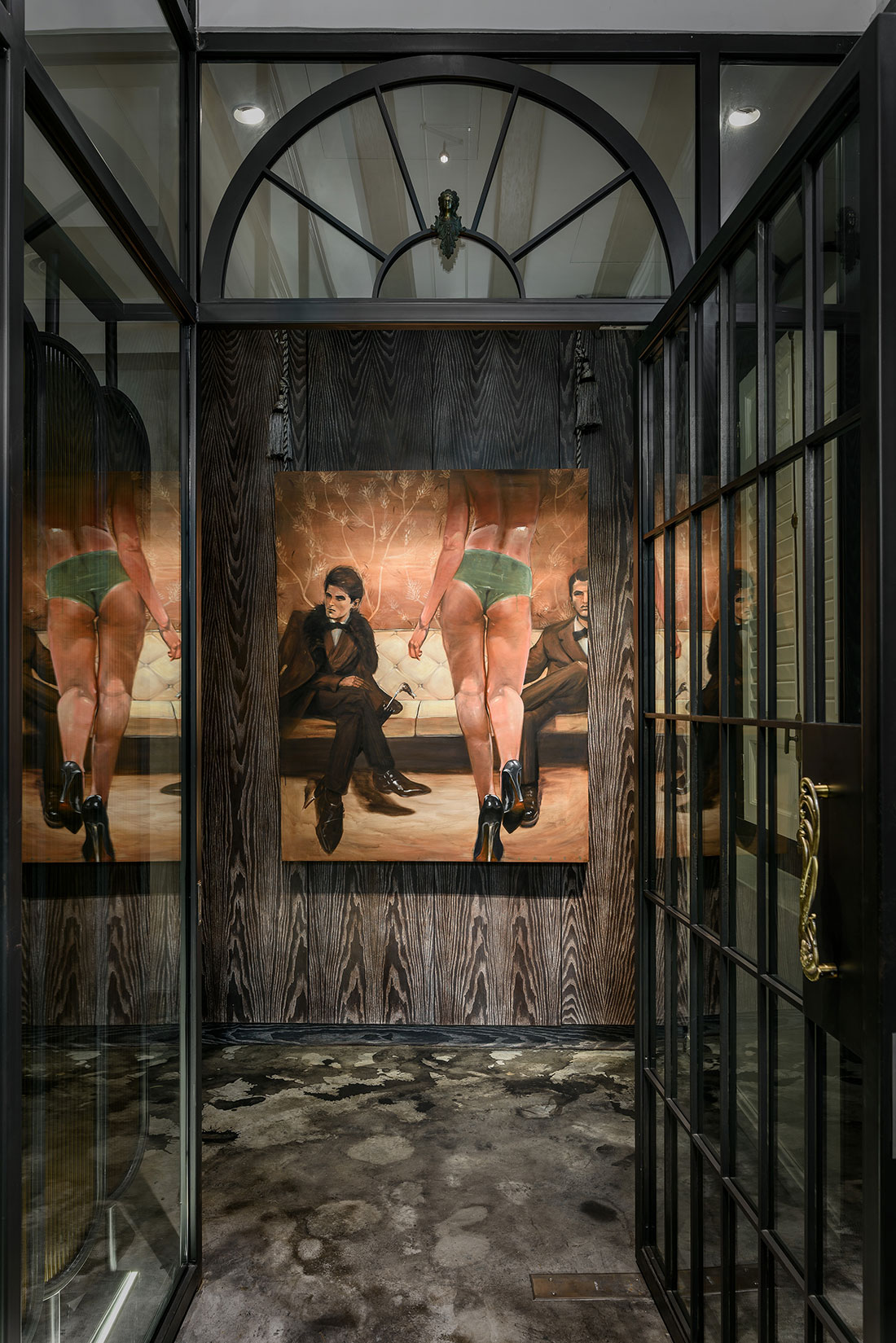 Following the cheeky foreplay is a butler’s bar that invites pause as one takes in the restaurant in full: grand yet unostentatious, eclectic but in good taste. In place of alcohol labels are liquor stored in decanters while a 70s espresso machine tells stories of bygone eras. Yellow glass-fluted screens usher in a temporary world – as if stepping into a theatre set. 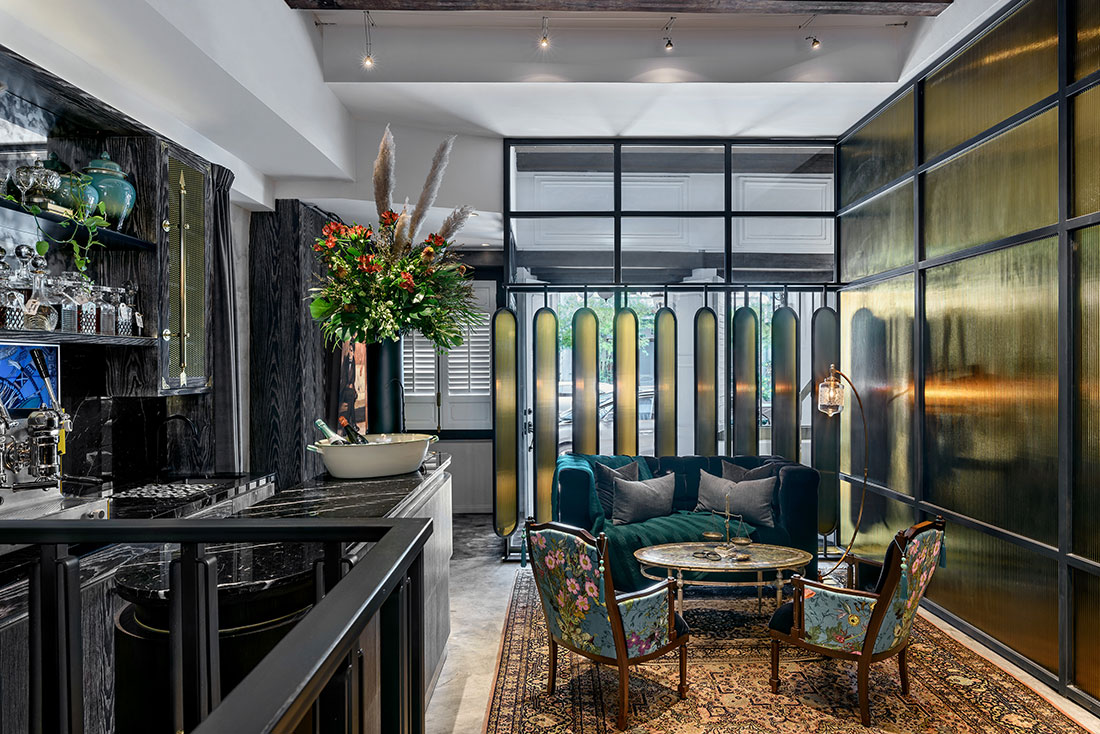 A long counter flanks the open kitchen – the soul of the restaurant or the ‘stage’ as Barr calls it – exposed to reflect the transparent cooking ethos. All seats, save for the ones in the private room, point toward the kitchen. Intimacy underscores the Cloudstreet experience. Every guest who has bought a ticket to the show is now part of it and they know it when somebody messes up a dish. 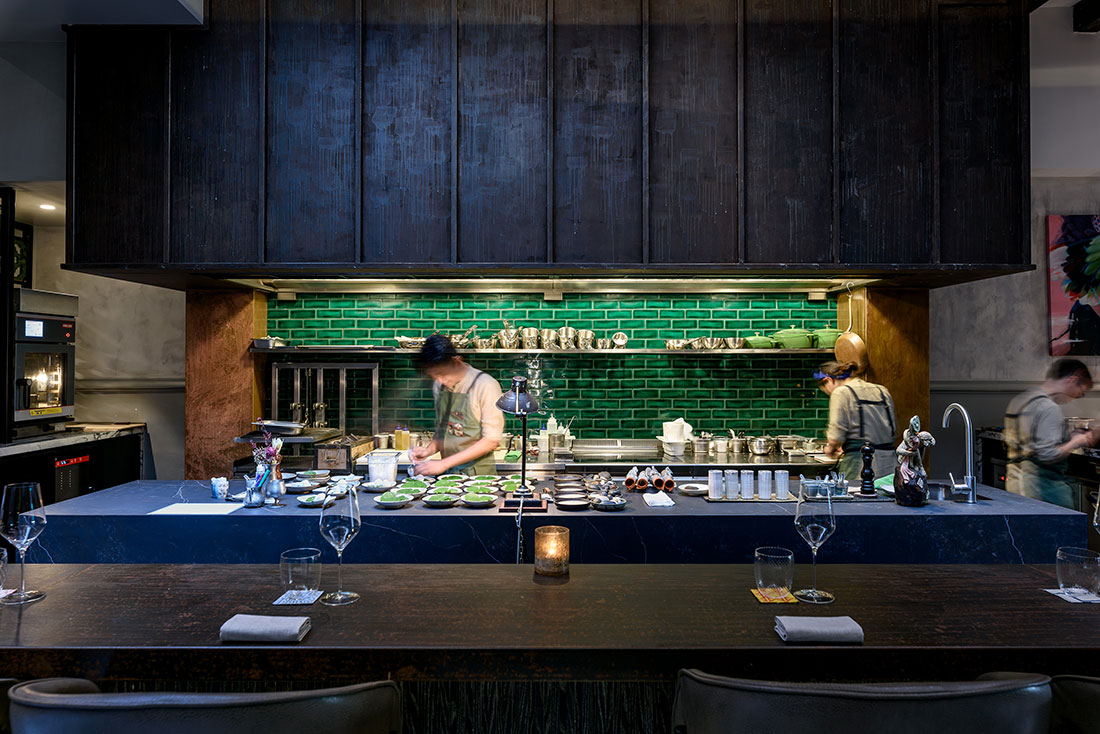 Leveraging on the site’s lofty ceiling, guests sit elevated on a platform while the kitchen crew operates on the original ground, maintaining eye levels between standing and seating. The 300-millimetre step-up also allows guests to sit on normal-height chairs by the counter – ideal for savouring multi-course meals. Above, a tailor-made fabric chandelier softens the space while diffusing daylight from the air well and serving as a light source when night falls. 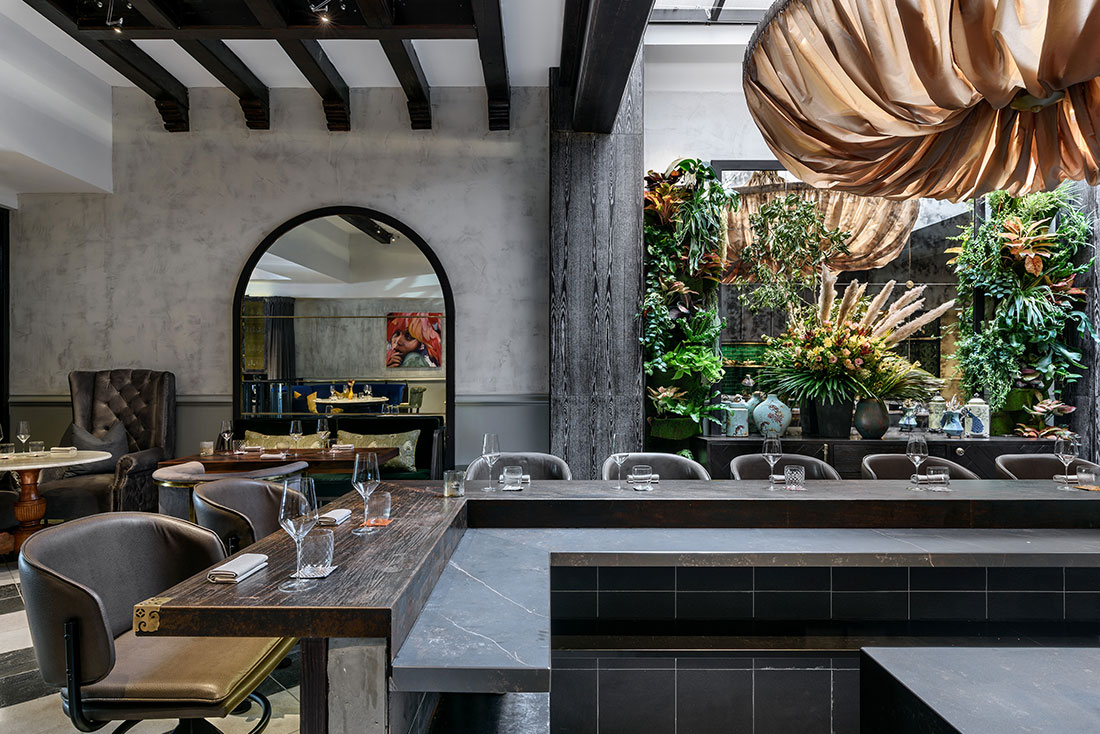 A treasure trove of found objects and precious materials, the private room recalls the home of a modern Marie Antoinette with a restored Carrara marble table; quirky Timorous Beasties fabrics on chairs and a hand-painted green walls with golden speckles. “People are very comfortable in the room. [They are] usually the last ones to leave,” says Barr. 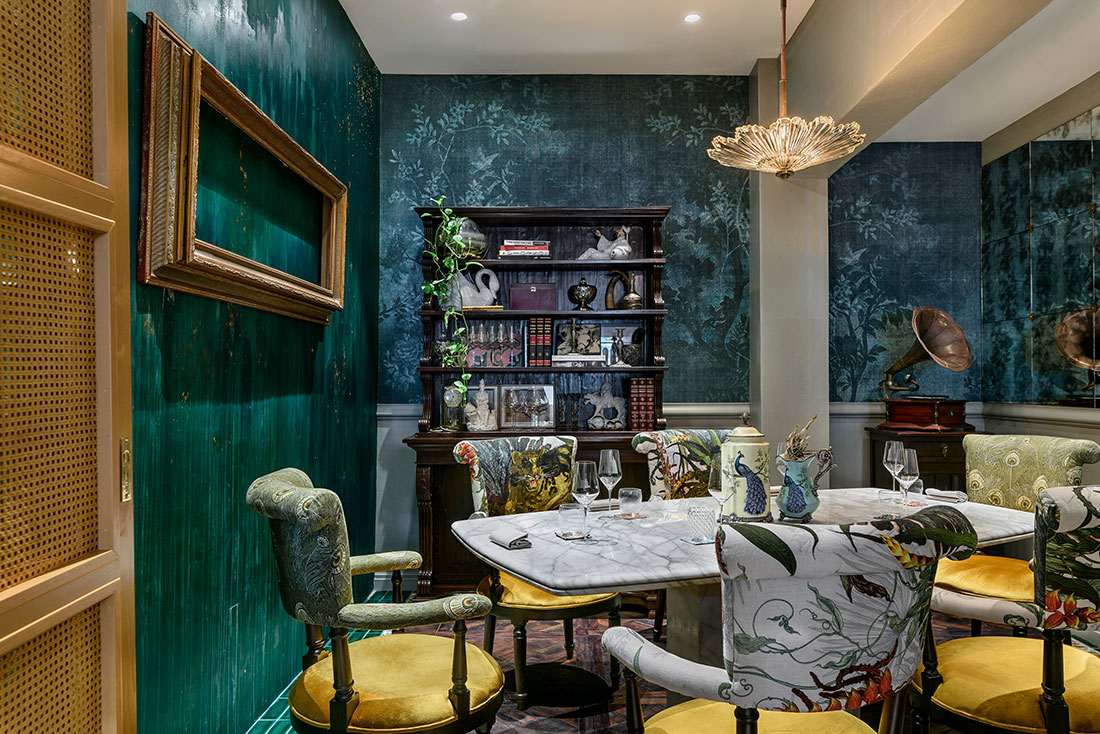 The spaces at the back were not spared of the meticulous detailing undertaken by Barr’s team: the spiral staircase depicting the shophouse’s era is highlighted with sculptures reminiscent of the Victoria age while the bathroom walkway is lined with oil-paintings and customised artworks – some by the chef himself. 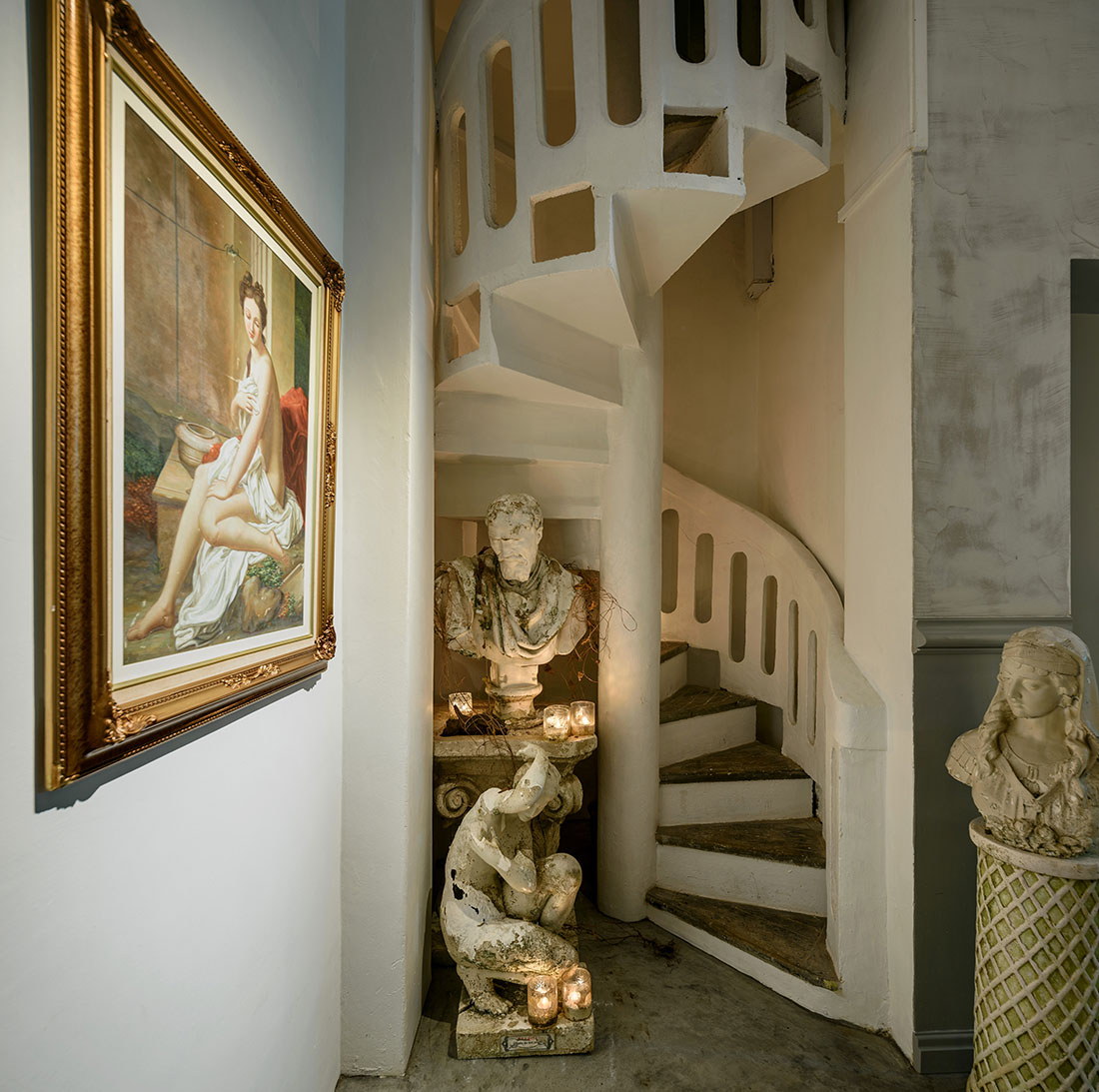 For Chef Rishi Naleendra, who was behind the now-defunct one-Michelin-starred Cheek by Jowl (now Cheek Bistro), Cloudstreet needed to be free of preconceived impressions while possessing all the workings of a fine-dining operation.

Describing Cloudstreet as a special project for Barr who counts Naleendra as a long-time friend would not be an overstatement – the two had attempted to collaborate since Naleendra’s Maca days. “If you spend ten minutes with Rishi, you will see that he’s got a lot of shock and awe in him. He likes controversy to promote the evolution of things,” says Barr. 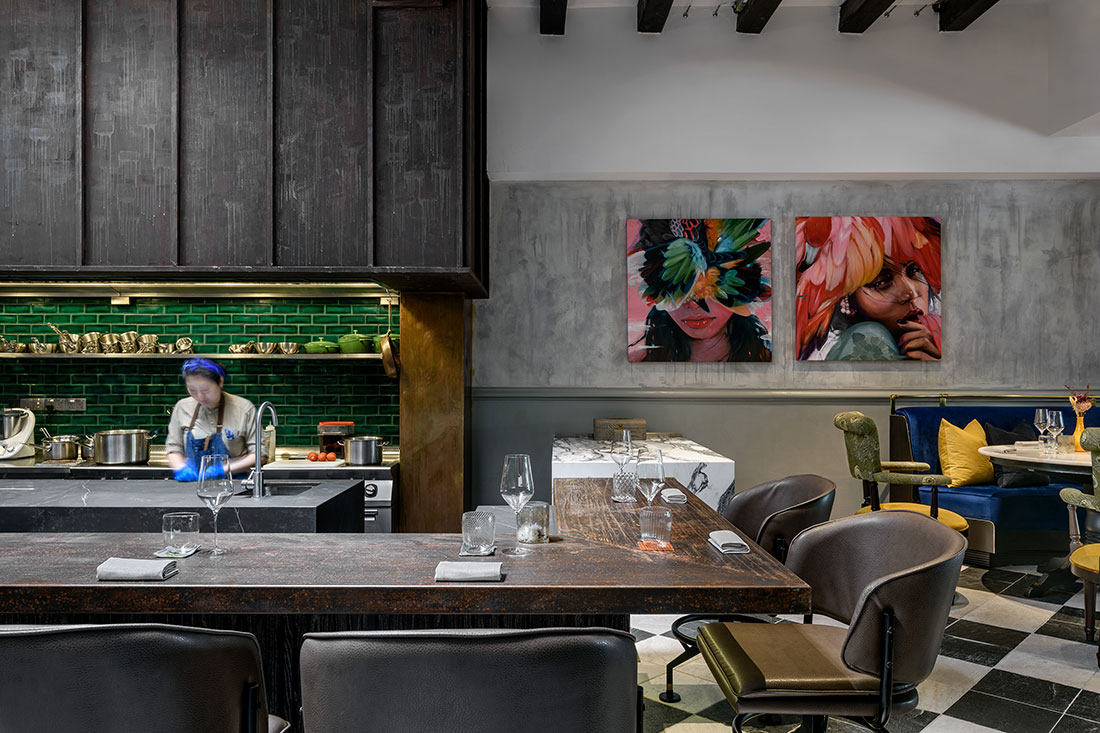 Barr admits that the creative liberty and trust given to his team for Cloudstreet is unheard of in the industry or most consultant-and-client relationships. All throughout the process, the designers were physically hunting down the best furniture, sculptures, artworks and accessories. Serendipitous discoveries sometimes led to change. Every detail was a labour of love in a progressive process, as if the restaurant was given time and space to become its own.

Take a look at this other project by greymatters, JW Marriott Hanoi.