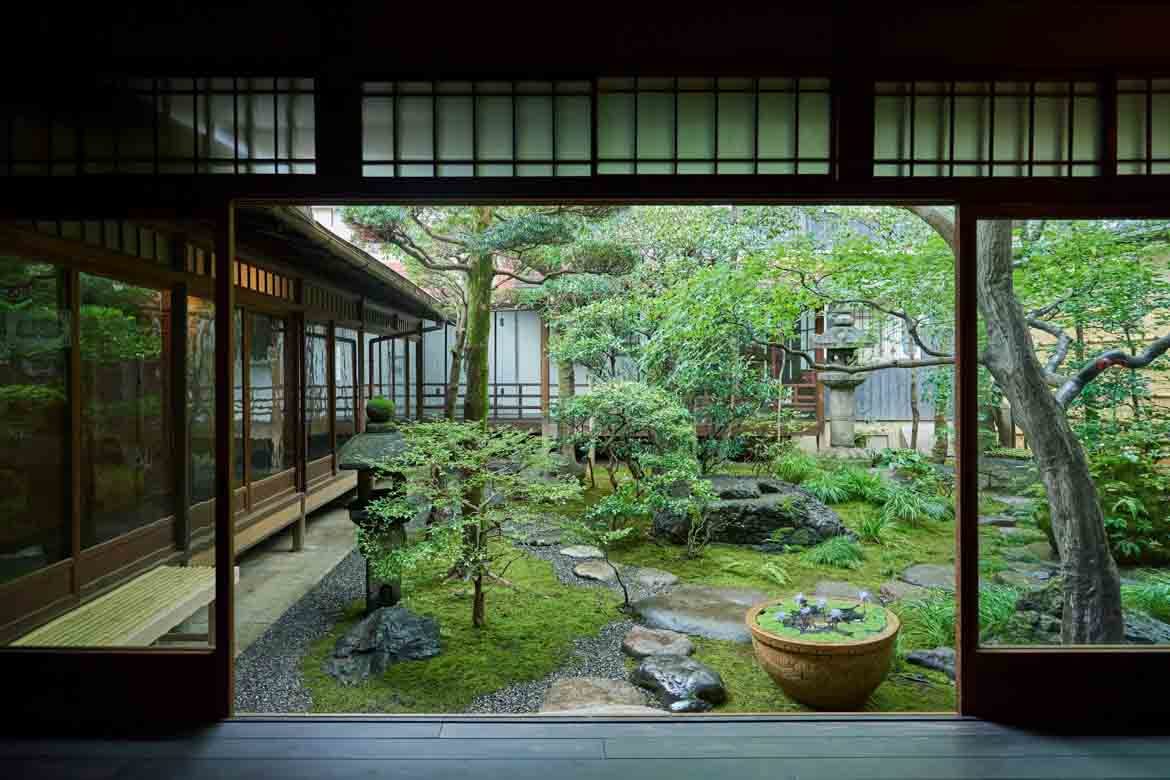 Japanese architecture has a distinct style and flair which can be traced back to as early as 57 BC. In the early 7th century Japanese architecture began to develop specific cultural and elemental characteristics, many of which still influence Japanese home design today. The evolution of Japanese home design is an interesting one and Japanese interior design is recognized as one of the most prominent global design style blending tradition with modernity.

Typical features of a Japanese home design include the elevation of wooden structures, roofing tile, and Shoji doors. Shoji doors are perhaps the most iconic design aspect of Japanese design. Shoji doors are a type of wooden sliding doors (or sometimes dividing screens) covered with thin sheets of shoji paper. They feature in many popularized Japanese movies and anime, which has made them a symbol of Japanese culture across the world. Another iconic feature of a Japanese home is the rock garden, a garden of white sand and gravel with great spiritual significance.

Japanese architecture has a recurring motif of rebirth. This likely began as a result of the material traditionally used for construction. With timber houses and predominately wooden buildings, much of Japanese architecture involved scrapping a pre-existing wooden structure to replace it with something new. This would commonly happen after around 30-40 years, when the timber would begin to rot, and is known as scrap-and-build architecture.

However, there is also a sense of spiritual rebirth that emerges in Japanese architecture. This comes through in the many Japanese buildings which have been constructed after adversity; notably, the structures that were rebuilt to be stronger after the Great East Japan Earthquake in March of 2011. This seems to reflect a cultural perception of adversity creating strength, something which is also evident in the Japanese pottery art of Kintsugi where broken pottery is mended with powdered gold to make the item even stronger than it was before the breakage.

The beauty of Japanese architecture has not gone unnoticed in modern times. One of the most popular interior design trends in Singapore at the moment is the hybrid design style Japandi, a blend of Japanese and Scandinavian practices. This trend combines the Scandinavian commitment to sleek modernism with Japan’s natural elegance.

Japandi designers take influence from the traditional Japanese aesthetic movement Wabi-Sabi, a movement centered on the appreciation of imperfect and natural beauty, as well as the Scandinavian principle of Hygge which places emphasis on comfort and wellbeing. Muji style has also seen a modern resurgence, taking off particularly among young people and on popular social media platforms such as TikTok and Instagram.

Japan homes and houses in Tokyo: the most beautiful examples of Japanese style homes around the world

Before an extensive renovation by Sync Interior, this typical high-rise Singaporean flat looked just like any other HDB housing. Now, it’s a haven of Japanese design, fulfilling the homeowner’s desire for a traditional Japanese aesthetic.

Turning the home into an open plan space with platforms and shoji doors was one of the main transformative aspects of this renovation. With minimal furniture, light oak tones, traditional wallpaper and natural materials, the home encapsulates the simple elegance of oriental Japanese design. The only furniture in the whole house is the dining table and a futon, except for the simple beds in the bedroom.

The dining table is actually automated and it can be raised and lowered at whim to open up the living room space when the table is not needed. A marvel of contemporary technology and pure traditional design, this is one of the most impressive modern interpretations of Japanese interior design.

This private home neat Mr. Fuji is a wonderful tribute to both modern and traditional design. The front façade of the house is the perfect example: bold, industrialist concrete meets traditional shoji screens.

The back of the home leans more heavily on traditional Japanese heritage, featuring a rock garden, prominent screen doors, and a tea pavilion.

A breathtaking combination of modern and traditional, this home features a traditional spa bath, natural materials, industrial concrete, and even a rooftop pool with views of Mt. Fuji.

This home was built after the Great East Japan Earthquake and represented a return to normality. The home was designed to reconnect the family with the nature after the destruction of the earthquake that destroyed their original house.

This design is one of the clearest instances of natural materials forming Japanese homes.

After realizing the abundance of soil would be extremely costly to remove, architects ADX decided to employ it as a construction material using civil engineering techniques which created the home’s iconic natural look.

This incredible Japanese house was faithfully designed in the 17th century style by Junzō Yoshimura, one of the most well-recognised architects in Japan.

It was originally built in Japan, then brought to New York and later moved to the West Fairmount Park in Philadelphia.

The home posits a strong connection to the natural world, with many large windows and open spaces linking occupants to the breathtaking natural gardens outside.

This home is set on a prime location of rich nature destined to become a farm. Architects Takayuki Kuzushima and Associates meld traditional Japanese architecture with the industrial steel and whimsical yet practical design of the roof.

The roof responds to its natural environment, sloping with the trees and rising to create space for the storage of farm equipment. The whole building is designed to be harmonious with nature, with the columns using independent foundation legs and the beams connecting at points lower than the hanging branches of the trees.

A traditional minimalist design with modern industrial materials and accents, this home is a marvelous representation of the endless potential that Japanese architecture holds in a contemporary setting.