A Gym With Atmosphere. Virgin Active Marina One By Orbit Design Studio

Today’s best gyms are social and leisure spaces as much as an exercise halls. Virgin Active at Marina One by Orbit Design Studio shows the new standard.

Like so many other spaces that were once seen chiefly through a utilitarian lens, gyms are undergoing an augmentation of sorts. That often-cited word ‘experience’ has made its way into the sweat-soaked world of rubber mats, weights and treadmills, and gyms have become destinations for much more than burning calories. Virgin Active Marina One by Orbit Design Studio is a perfect example.

For the increasing number of people who value health and wellbeing over partying, the gym is now a social and leisure space as much as an exercise hall. Interior design plays a critical role in creating the atmosphere to support this shift – something that Phantipa Ketsamphan, Design Director at Orbit Design Studio’s Bangkok studio, is well aware of. 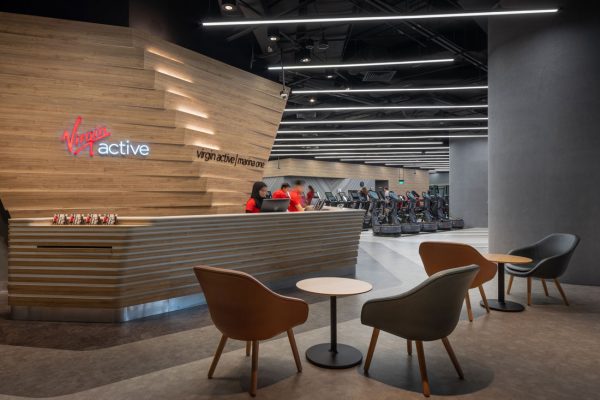 A gym with a hotel feel

Orbit has completed interior fit outs for seven Virgin Active clubs in Thailand and four in Singapore, including the latest: Virgin Active Marina One. The latter features bold strip lighting, graphic floor treatments, an emphasis on timber, mood lighting in various shades, and prestigious change rooms. Certain areas, such as the spa pool with its immersive blue lighting and view over Marina Bay, look more like a hotel.

“From members’ feedback,” says Ketsamphan, “we’ve found out that people are wowed by the atmosphere and immersive spaces we’ve been creating for Virgin Active clubs. The members also feel pampered by the changing rooms and shower rooms, which equal hotel standard in the ‘Collection’ type clubs.” 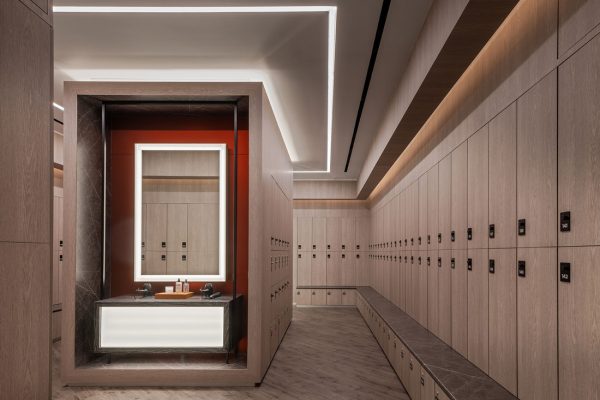 Work and work out at the gym

In a sign of our mobile times and new gym-related expectations, even work areas have crept into the gym space. Explains Ketsamphan: “We always incorporate lifestyle functions as well – such as individual working pods at the Siam Discovery club in Bangkok. The pods have been very successful and are always fully booked.”

But is it easy to deliver a bespoke character in a chain venue? Before the design of each new location, Virgin Active and Orbit agree on the design strategy for the club so it will have its own design character within brand guidelines. Says Ketsamphan, “The location of the club also plays an important part in the design. For example, the Marina One Singapore building was nature inspired, so for Virgin Active Marina One we created a design concept that we call ‘Force of Nature’. A key design feature is the twisted form that we’ve applied to the climbing wall and reception area.” See you at the gym. 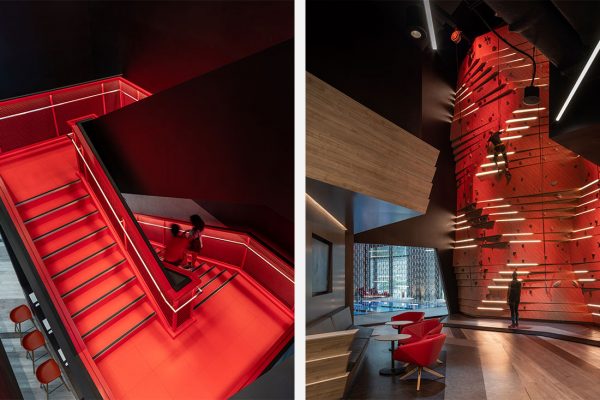