“These projects can stand on the world stage against any other kind of health project, and be successful. They aren’t Aboriginal projects; they are architecture for a specific community, that meets and exceeds the brief,” shares Kaunitz Yeung founding principal, David Kaunitz on the INDE.Award winning Punmu and Parnngurr projects. 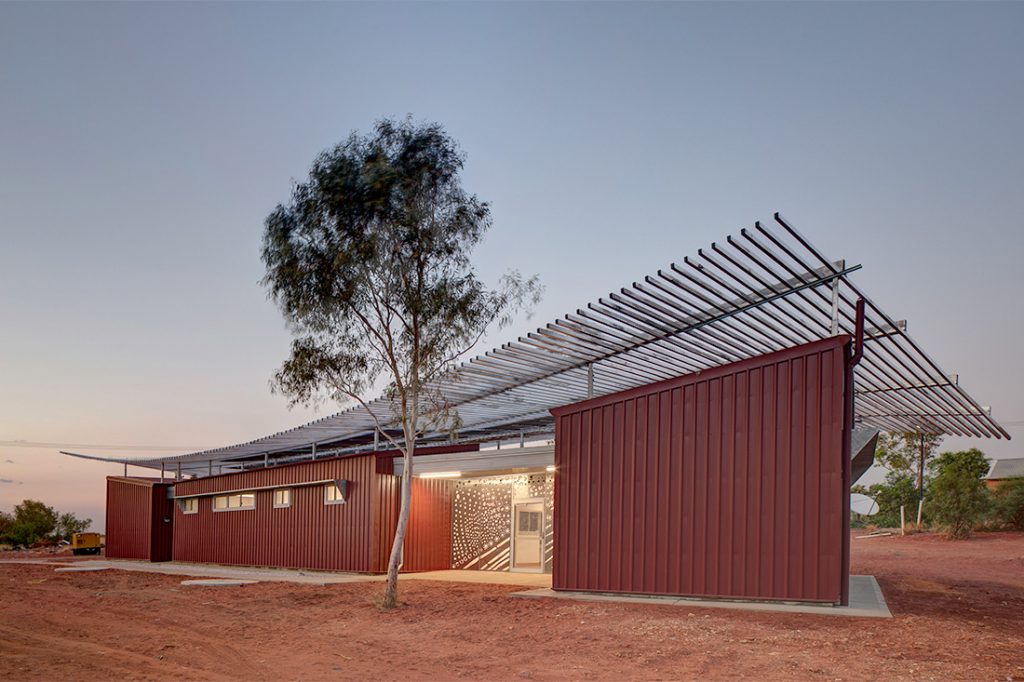 “The main client representative was Robbie Chibawe, the CEO of Puntukurnu Aboriginal Medical Services, and he came on almost every trip with me, because he saw these projects as an opportunity to engage with the communities,” Kaunitz recalls. “That meant I spent days in the car with him, which gave me a huge advantage, and we spent a lot of time at the front-end of the project, travelling and talking to people. That allows for all sorts of things to happen; it’s a kind of serendipity. 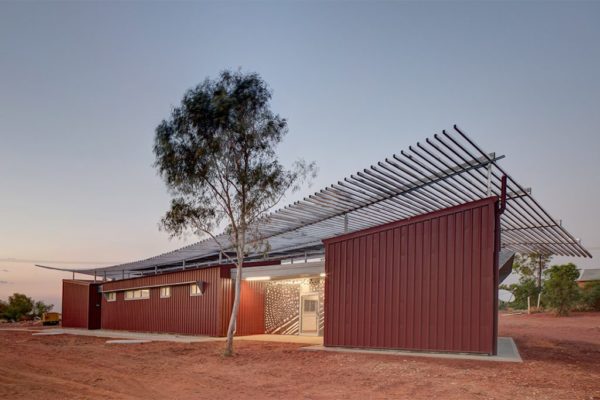 “Because we were there – and there regularly – we were meeting different people each time, and meeting the same people over and over again, ahead of the design phase,” Kaunitz says.

“At the end of the day, people are people,” he adds. “If you’ve ever been on a strata committee meeting, you know it’s almost impossible to get consensus. So we go into Aboriginal communities with an open mind and talk to people, working through the process step by step. It starts from first principles to get contextualised. And there are no cutting corners when it comes to community consultation,” he says. 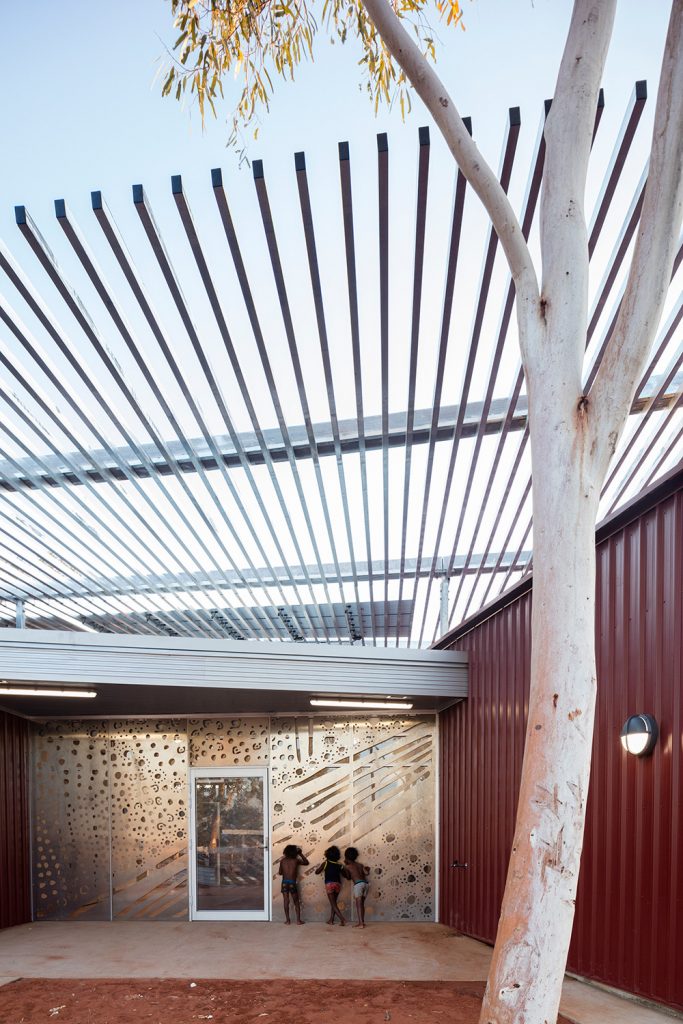 “We want to produce different design solutions for each problem,” Kaunitz explains. “We don’t want to do the same thing over and over. I describe consultation as being like a spy, working out what people need, what they want, what will work, and it’s my job to use anything at my disposal to work that out.”

As for recent discussions about the decolonization of space, Kaunitz sees these projects not as Aboriginal architecture, but rather working to deliver the best outcomes for the communities they serve.

“What we do can be applied to any culturally-rich context, and I don’t like to get drawn into those discussions,” he says. “It’s not my place because I’m not Aboriginal. We are working community by community, helping each one, and each of them is very different.” 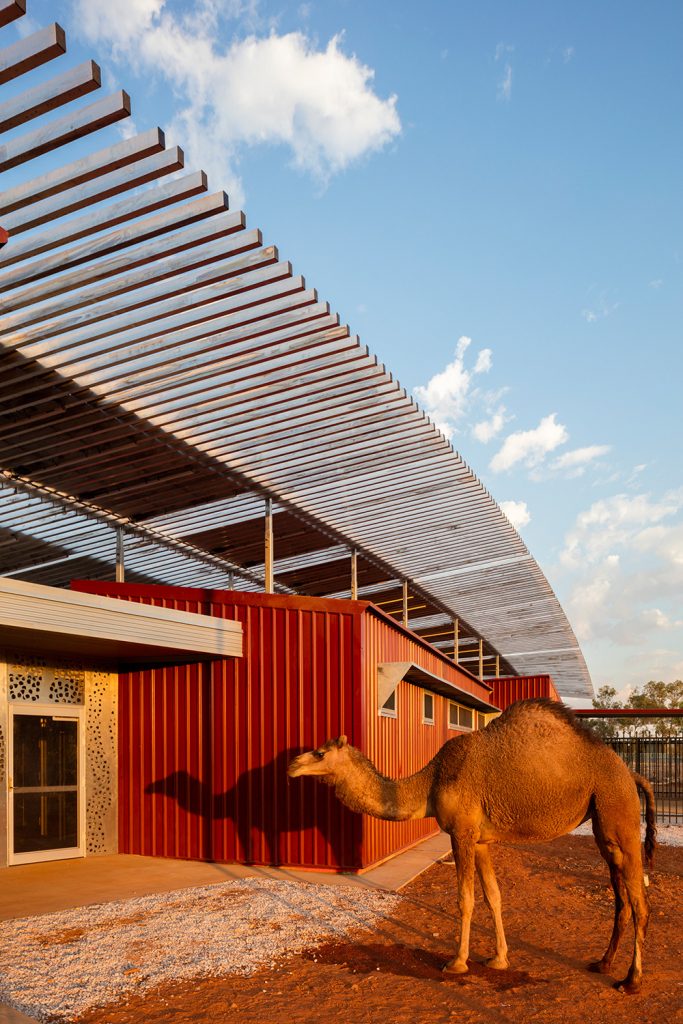 What sets KYA’s approach apart from most other firms is a desire to increase diversity across a range of measures – cultural, ethnicity, socio-economic background, age, gender – and a willingness to “open source the design process”, Kaunitz says.

“We are co-designing – we don’t mind using that term – so we are giving up some of the control,” he explains. “Most architects like to come up with a solution and convince the client, but we trust this process is going to lead to a better outcome.”

These two projects have collected multiple Australian and International awards – including accolades at the 2019 European Healthcare Design Awards in London, and The Wellness Space Award at this year’s INDE.Awards – and for Kaunitz, those accolades are significant.

“They show that these projects can stand on the world stage against any other kind of health project, and be successful,” he says. “They aren’t Aboriginal projects; they are architecture for a specific community, that meets and exceeds the brief.”

.
Thank you to Zip Water – The Wellness Space partner of the INDE.Awards 2019.