Which architectural masterpieces from the region took out top awards at the recent World Architecture Festival? Considering three of the top five countries for entries are in the Indo-Pacific, we came home with plenty of wins. 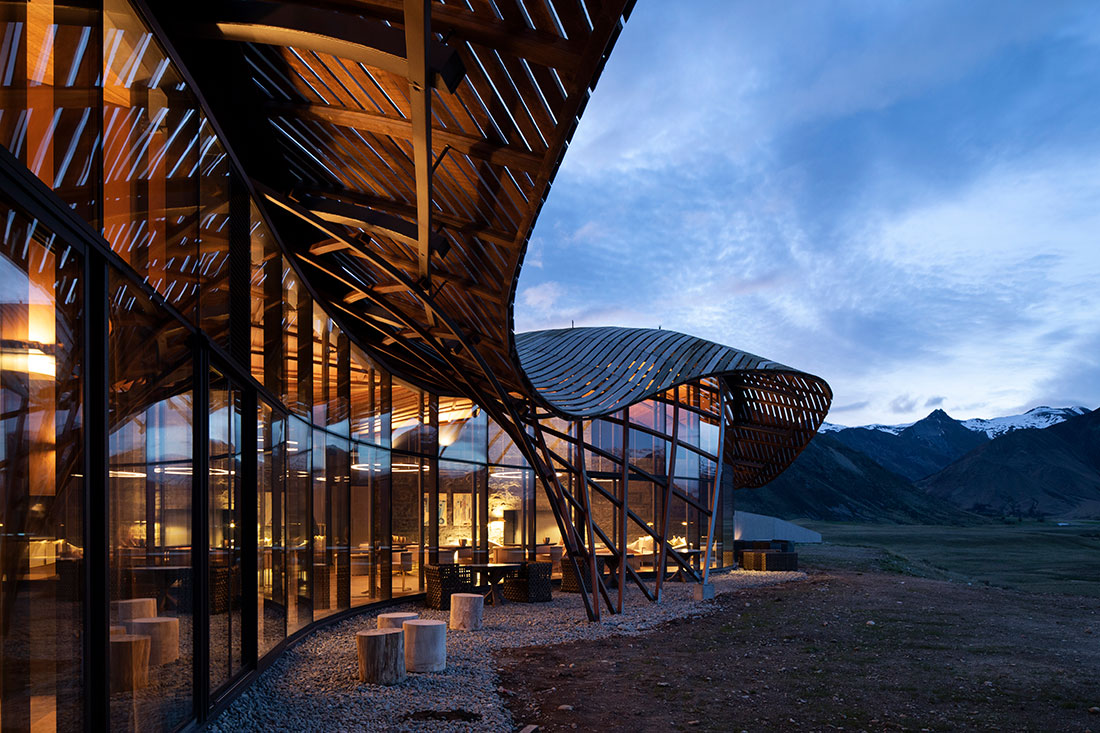 Done and dusted for another year, WAF 2019 has announced all the winners in its annual, global award showcase. In 2019, Chinese practices submitted the most projects, seeing a 68 per cent rise in entries from 2018. India wasn’t far behind with a 33 per cent rise.

We take a look at the 12 winning projects from across the region.

Serie + Multiply Architects won this award for its Oasis Terraces project, which serves the public housing residents of Punggol, Singapore through the fusion of a shopping centre, poly-clinic and community amenities all under one roof. The judges say Oasis Terraces, “successfully integrates disparate programmes into a coherent composition, which appears very adaptable to alternative uses.”

Original Design Studio took out the award for Landscape of the Year 2019, as well as taking out Landscape Rural, for its Demonstration Section at Yangpu Riverside Public Space in Shanghai. The project provides a smart solution that the judges say “reconnects the city with the waterfront by reusing the material language of this historic site in an innovative way with excellent details.”

The Best Use of Certified Timber

Australian studio iredale pedersen hook architects, in collaboration with Advanced Timber Concepts, won The Best Use of Certified Award for its Pingelly Recreation and Cultural Centre. The judges shared that they “were impressed with the efficient and durable timber detailing, which delivers comfort and affordability for present and future users.”

The Kokugakuin University Learning Centre by Nikken Sekkei took out the Higher Education and Research Buiding award. The project is positioned between a shrine and a residential area right in the heart of Tokyo. Of the project, the jury says, “the new learning centre solves complex urban challenges in a way that looks effortless. The building has a poetic relationship with both city and ancient shrine precinct.”

A luxury lodge in a remote glacial valley of the Southern Alps of New Zealand has taken out the Hotel and Leisure award. Designed by Architecture Workshop, Lindis Lodge is a five-bedroom retreat exposed to extreme climates. The judges described this project as “poetic, inspiring and sensitively considered.”

Serving the 2,500 people of Gaobu Village, the Gaobu Book House designed by Condition Lab – School of Architecture CUHK & UAL Studio – School of Architecture and Urban Planning GZU. The library is located on the Pingtan River in the Hunan Province and the judges say, “Gaobu Book House is totally intertwined with the community; a project that goes well beyond the actual building and demonstrates the excellence of process.”

Australian studio TERROIR took out the award for a House with its Castle Cove House. The jury shares that “ ‘with the diversity and complexity of space, there is a visual shattering of the boundaries between inside and out.”

FCHA triumphed with its Vanke Liuxiandong Design Community – A4+B2 Plot Design – a project the judges say is, “highly sustainable and transforms the corporate environment into one that welcomes the public.”

The YM Nursery in Yonago, Japan designed by Hibinosekkei + Youji no Shiro + Kids Design Labo has won the School category. The project encourages children to feel at one with nature, as the judges say, “demonstrates huge sensitivity to the experience of young children, from the layout of the building as an open pavilion, to the use of materials such as wood, stone, fire and water,” adding, “the project embraces nature holistically in its concept and detail.

Integrated Design Associates took out the Transport award for its Mactan Cebu International Airport Terminal 2. The project is an expansion of the second largest airport in the Philippines, the judges described the design as “simple but elegant”, defined by locally sourced materials with consideration for how it could be expanded in the future.

Render by Wilkinson Eyre and Morphis