India’s heritage of ancient cultures and vibrant architecture is something to be celebrated. Design Forum International seeks to preserve its history with a unique, visceral architectural language that speaks of ancient civilisations. 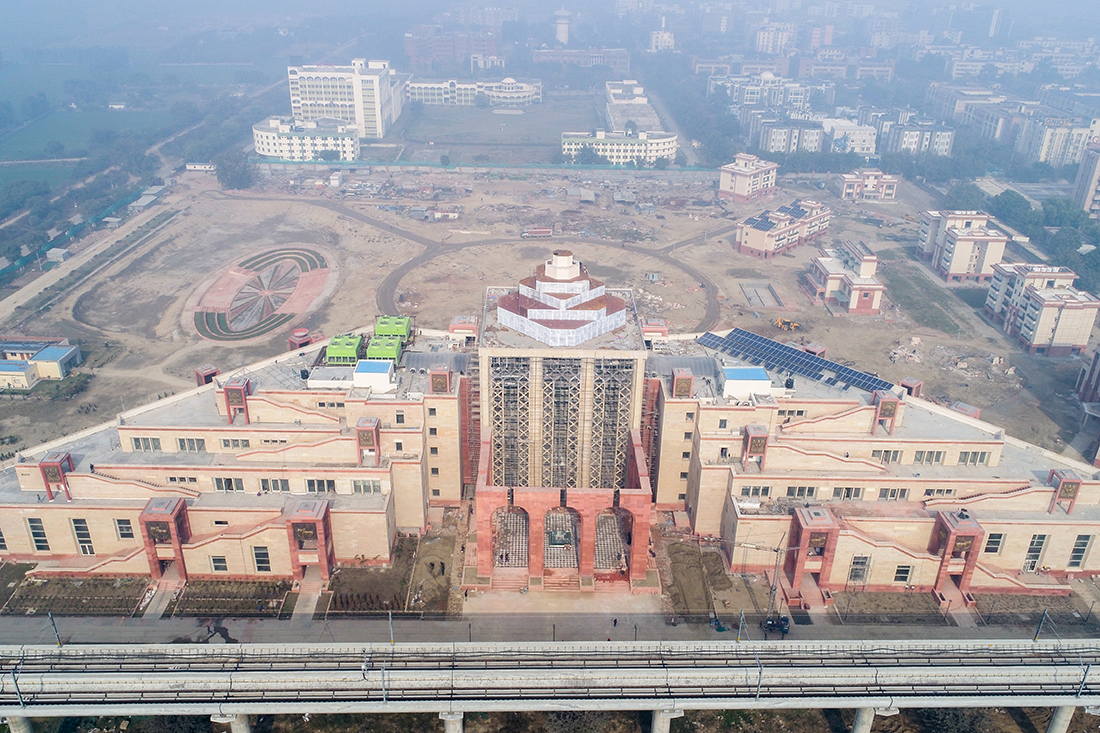 India is a country rich in history. Archaeological sites dot the country, sites that showcase ancient cultures not only native to India but from around the world, from the Khmer Empire to the empire built by Alexander the Great.

The Pt. Deen Dayal Upadhyaya Institute of Archaeology, Greater Noida is an upcoming academic wing of the Archaeological Survey of India (ASI), under the Ministry of Culture. Leading the architecture for this new wing is Design Forum International (DFI) established by three young architects from the Indian Institute of Technology. 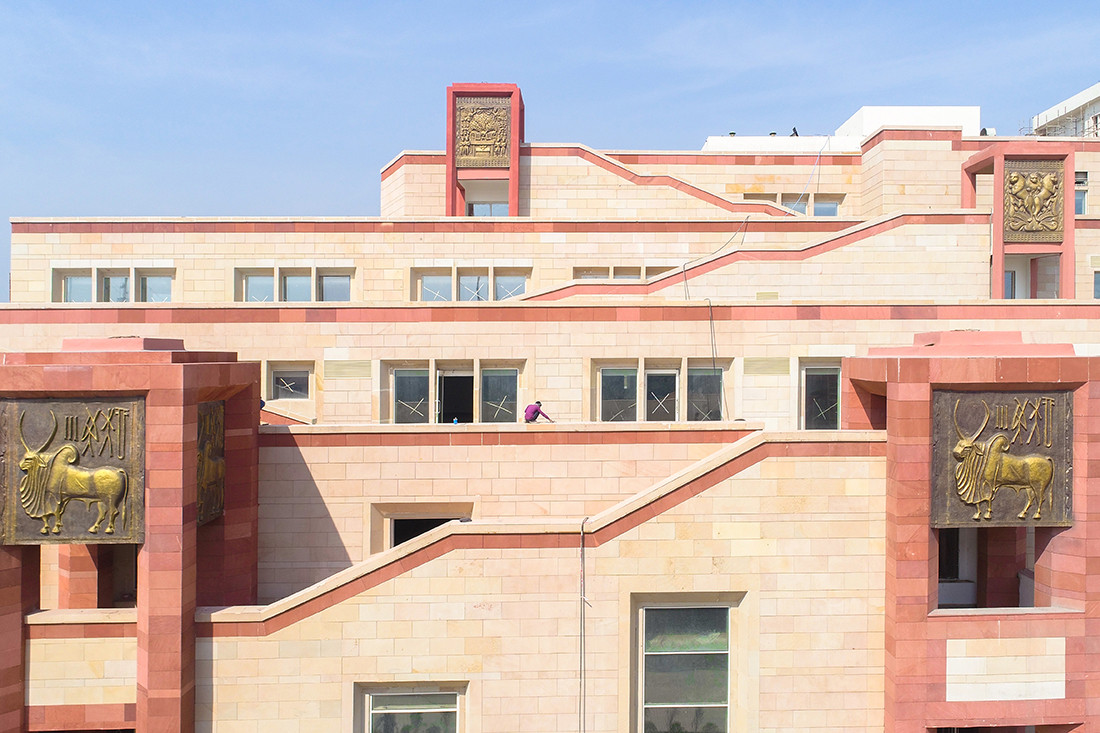 Constructed on a 25-acre square plot, the building’s form pays homage to India’s vibrant past— local materials, structural elements and spatial configurations define the architectural language, combining to create a visual experience which aims to establish a visceral connect with archaeology. 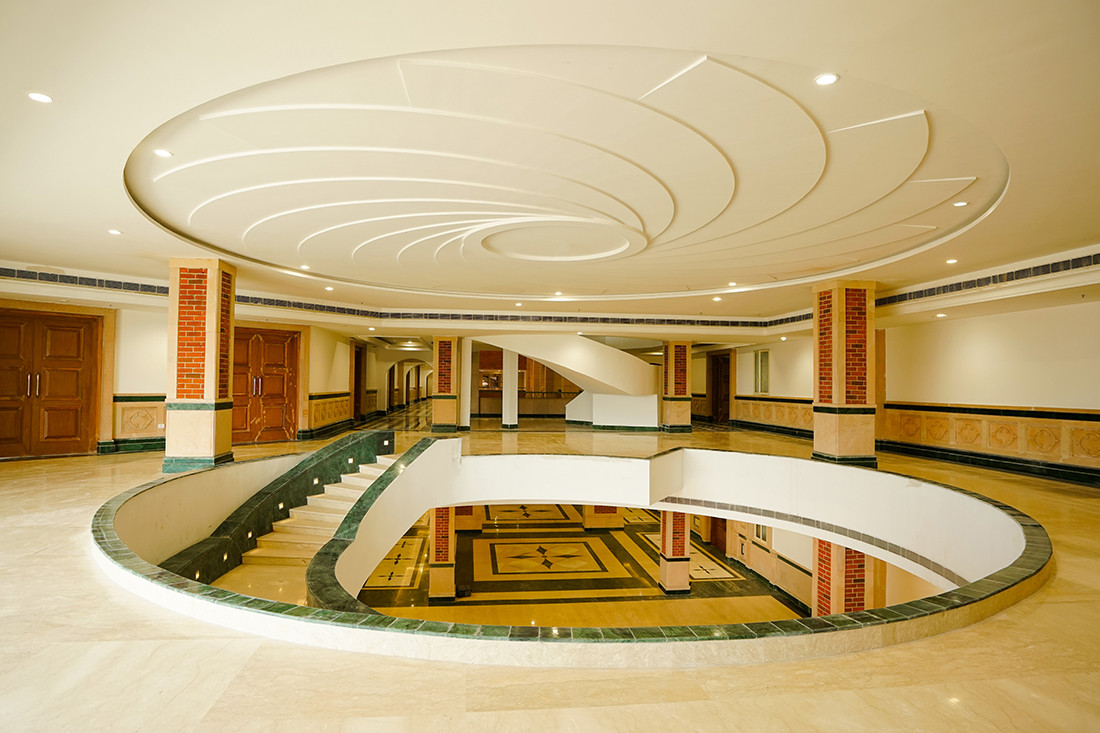 At the entrance plaza—nine broken arches stand together, signifying our constant search to rediscover our history drawing from remnants and broken pieces of information. Inside the brick walls, stone arches and the flooring’s geometric patterns, illuminated by the central skylight atrium transform the space into an immersive setting resounding with the glory of India’s ancient civilisations. 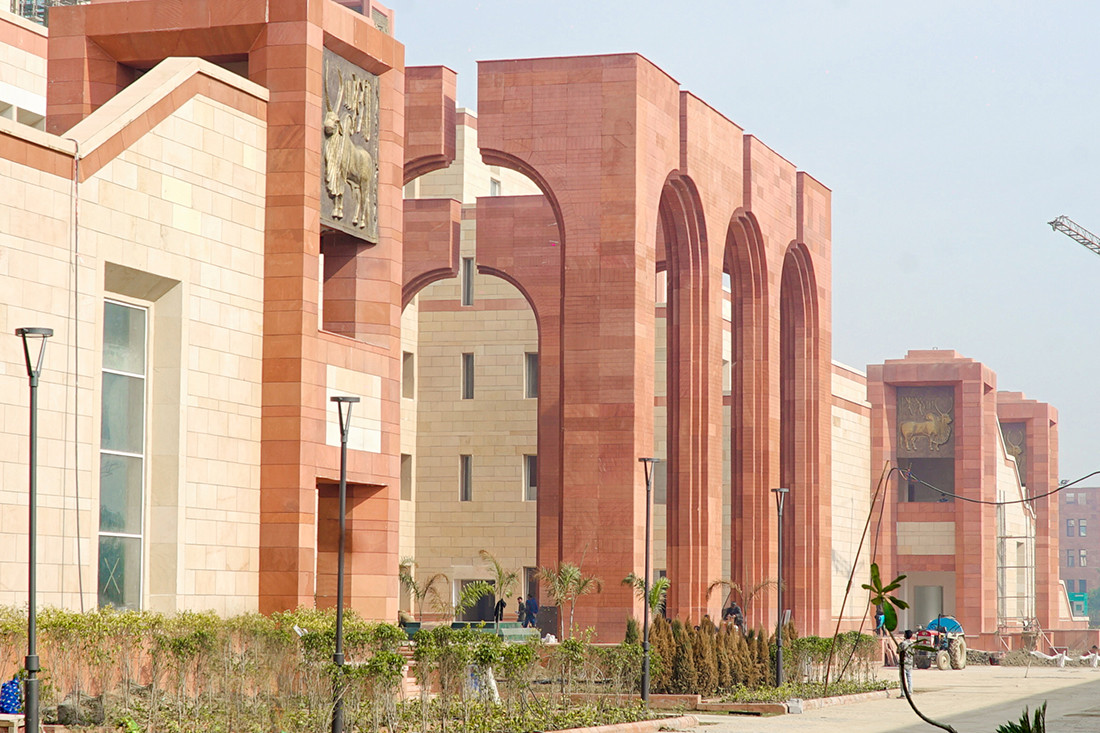 The archaeological museum is complete with restoration labs, an archival section and cafeteria. A huge 900-seat auditorium with an independent entrance comprises the right wing of the edifice. A research library, mini convention centre, office of the Directorate General of the ASI, as well as academic and training facilities are also contained within this beautiful space. 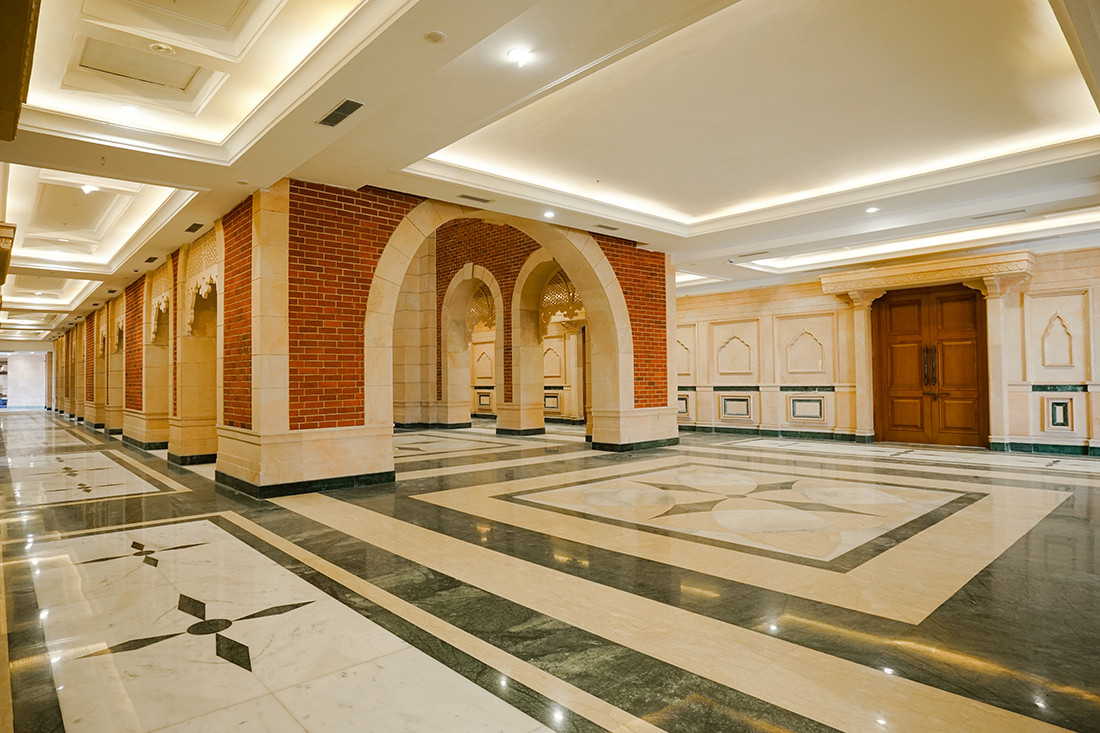 India is a diverse ark of the ancient world and preserving its archaeology is an ongoing and important effort. The housing of the past in beautiful spaces such as this one designed by the DFI is a fantastic step forward in this effort. 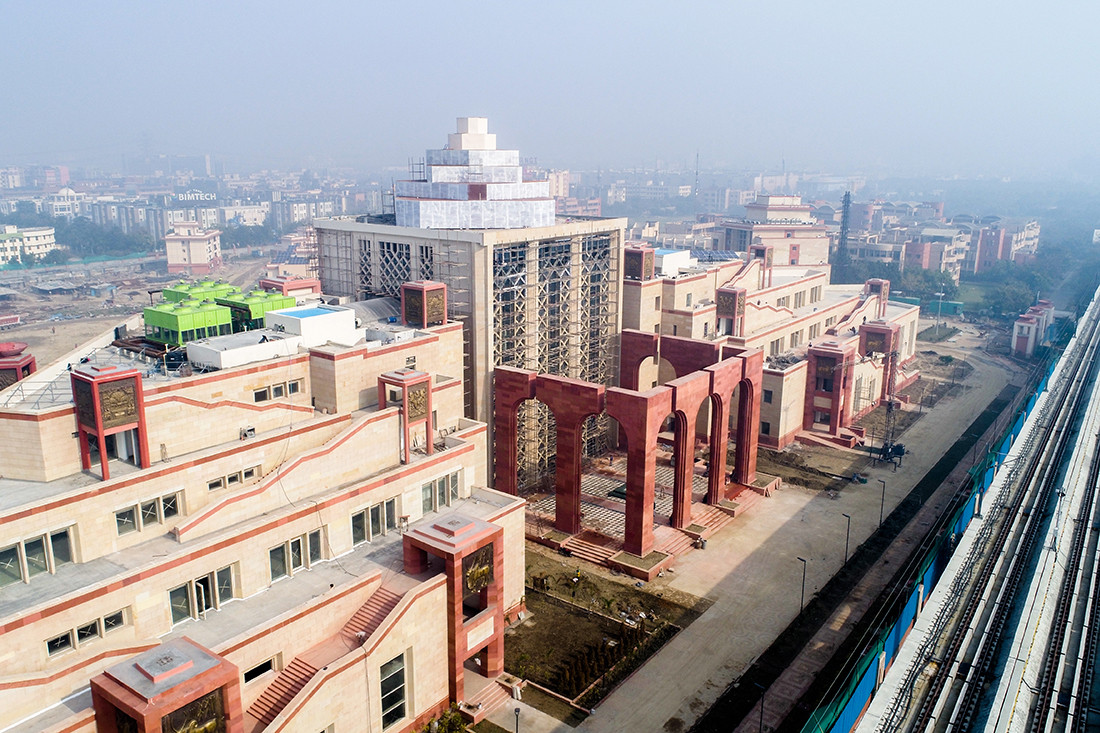