Parable Studio weaves a narrative about new encounters in rethinking the model of the all-day-dining restaurant in hotels.

Many hotel all-day-dining restaurants suffer the problem of being filled at breakfast by hotel guests but are hardly filled during the day. When tasked to design Park Hotel Clarke Quay’s new all-day-dining restaurant Porta, Parable Studio took the opportunity to rethink the way these establishments could be better designed to increase patronage from morning to evening.

As groundwork, the design team spoke to people around the Robertson Quay area. Aside from tourists, there were office workers who wanted a quick lunch and also expatriate mothers who wanted a coffee place with a spot of retail.

“For diners now, we’re finding that it’s not about getting more luxurious experiences but when they put their money down, they want to get good value for their experiences: is it immersive enough? Does it facilitate what they want to do? It’s not just food, décor and experience separately but how all these come together,” says Ken Yuktasevi, one of Parable Studio’s founding partners.

Their answer was a narrative-strong experience. “It’s got to have an interesting story, not just function as a hotel restaurant,” says Yuktasevi. The design team came up with an imaginary tale of a well-travelled import and fine foods retailer opening up his secret cargo to the neighbourhood, welcoming customers into his world of travel and exploration. Nautical and mystical symbols such as a tiled compass on the floor and an imaginary three-legged crow manifest on screen doors and menus, accentuating the theme. 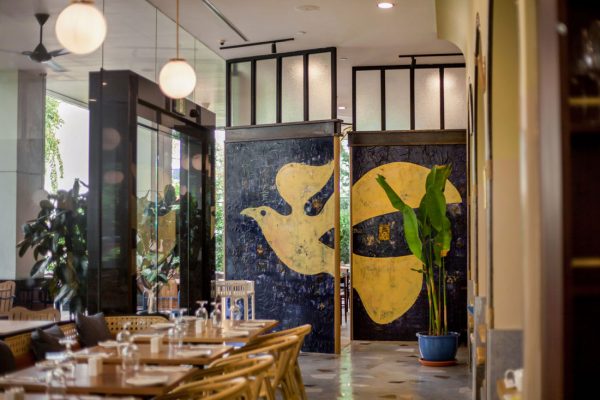 A homely ambience was created, with the long space segmented into a series of ‘rooms’, like in a home, demarcated with wall dividers and floor finishes. Terracotta hexagonal tiles alternate with broken tile and marble pieces embedded in poured concrete for a rustic-industrial vibe. Brass accents in lighting and flooring strips add a bit of shine. 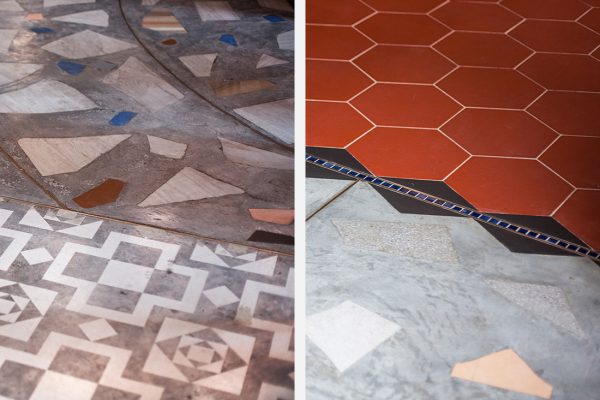 There are multiple entryways to facilitate ease of access. A retail and food display area makes a warm welcome, where customers can purchase fine cheeses and unique ingredients the restaurant uses in its dishes. A sliding glass door display counter enables food to be quickly taken from the preparation area, displaying cold food for the morning buffet and cakes and confectionery during teatime. 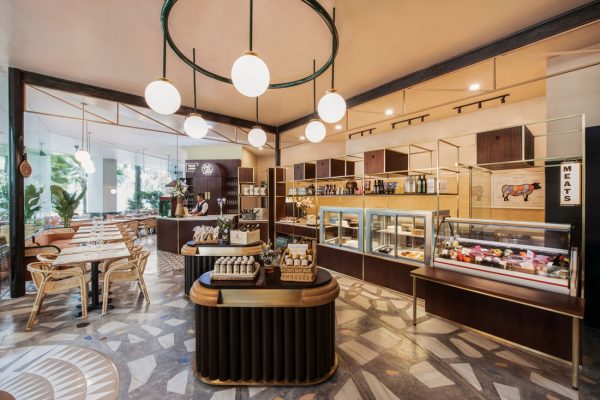 Many other elements also do double duty: a coffee station in the morning buffet becomes a bar counter at night; the ‘library’, a space decked with lounge furniture and shelved with magazines and nautical knick-knacks houses buffet counters in the morning while tables and chairs are brought in during the night for formal dining. 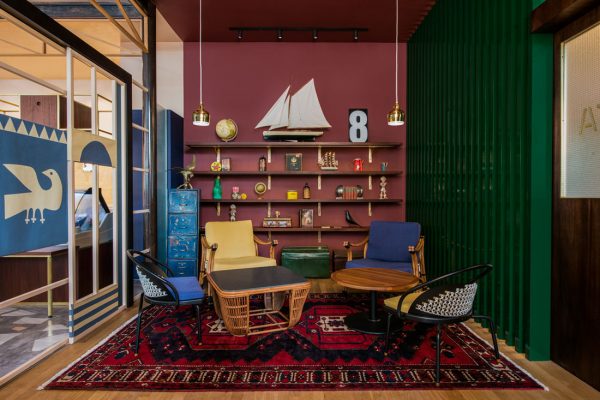 A variety of seating types offer options for groups or couples: low-slung outdoor furniture at the alfresco area, cove seating alongside normal tables and chairs within, and a private dining room adorned with a custom-designed element above that could either represent a ship’s hull or animal bones. 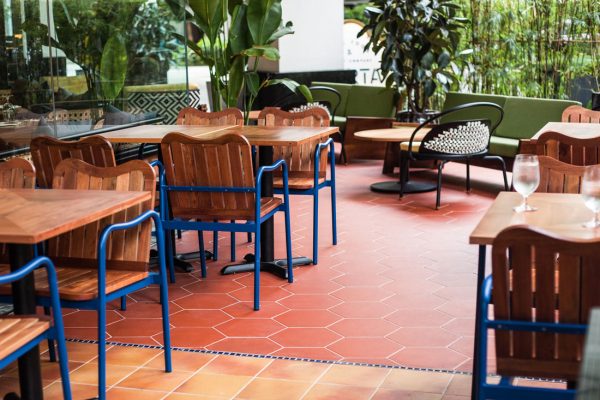 Intrigue alongside functionality? Porta has got both aplenty. It’s a formula that appears to work. Since the renovation, patronage has doubled, attesting to the success of the design.