MOONCRAFT Takes You On A Journey

Hong Kong-based o&o Studio took a very specific, and very romantic, image as the inspiration for the branding and design of an uber-cool craft beer and whisky bar in an old grease factory in Shanghai’s South Bund. 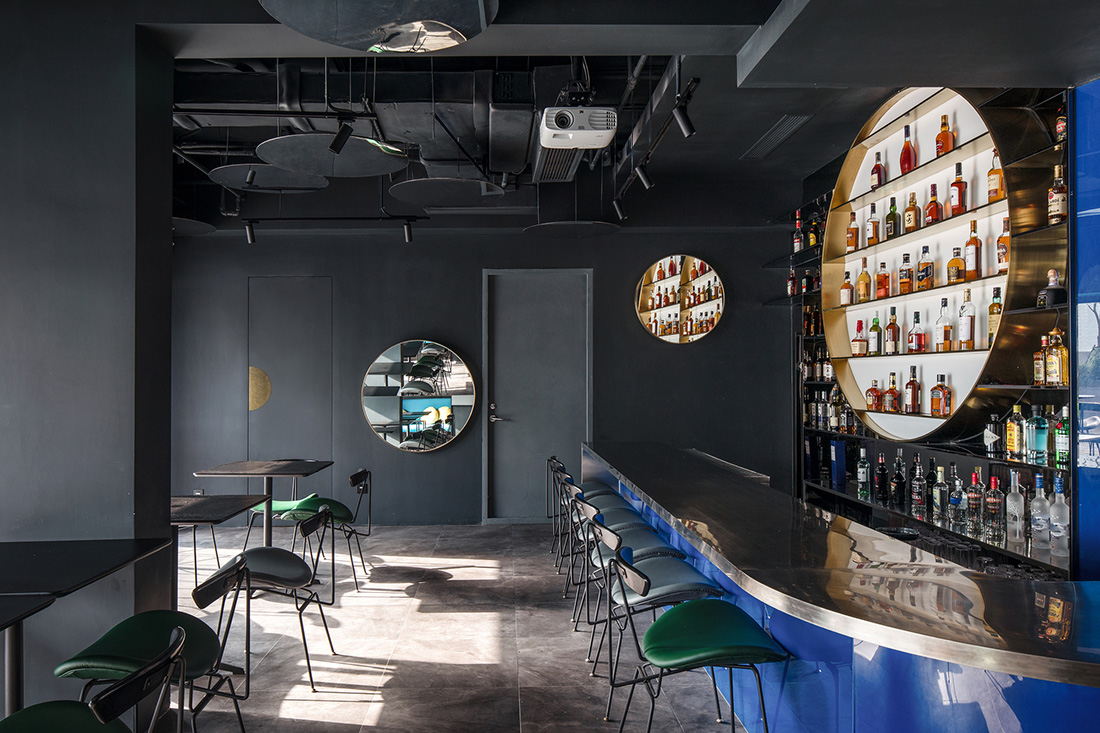 Hong Kong-based o&o Studio took a very specific, and very romantic, image as the inspiration for the branding and design of an uber-cool craft beer and whisky bar in an old grease factory in Shanghai’s South Bund. A full moon hanging over the Chinese city’s famously industrial Huangpu River is reimagined in the design of MOONCRAFT. Shapes representing the moon and winding river, mirrored surfaces, and a monochromatic palette are used across three distinct areas. “The site is packed with references such as the river, the docks and the warehouses, which also became the first ingredients of the project’s design,” the designers say. MOONCRAFT occupies three ground floor units totalling 130-square-metres in Cool Docks, an old factory area rejuvenated as an arts and creativity hub. The area conveys an important part of Shanghai’s merchant history and a number of longtangs and traditional Shanghainese Shikumen buildings still stand. The designers split the venue into three distinct zones, a beer bar, a whisky bar, and an area for a robotic bartender to serve drinks. They designed a U-shaped counter to break up the existing sheer wall and create distinct, but connected areas. The bar’s main entrance facing a central plaza takes inspiration from traditional dockside warehouses with over-sized U shapes clad in steel around the doors and windows bringing a layer of depth to the outer brick wall. Through this main entrance is the beer bar, the venue’s smallest area which appears spacious due to a clever use of mirrors. A folded circular mirror on one wall is reflected in a black mirror wall to imitate the sight of a floating moon reflected in the waters of Huangpu. Champagne gold steel lines the portals and is also used for the pipes servicing the bar’s beer taps. Also playing on the theme of reflection, half of the Chinese character for “cool” is picked out in the same colour, with the mirrored wall completing the character. The robotic bartender sits in between the beer bar and the whiskey bar and serves (quite literally) as a point of connection between the two. The monochromatic palette in the whisky bar is cut by the vivid blue of the bar itself. Behind the bar, a large backlit circle behind shelves of spirits continues the moon theme. High stools at the bar and a window counter overlooking the South Bund create a casual setting. Above, shiny stainless steel plates continue the theme of reflections, and according to designers, mimic the reflections of the Huangpu on a rainy day.