Can navigating an airport be delightful? We take a close look at the media installations at Changi Airport’s Terminal 4 and consider the next-level passenger experiences they were designed to create.

Innovation is a crucial part of airport design as changes in the travel and retail landscapes impact airport appeal and success. The airport experience is being given ever-greater attention in today’s competitive environment, and Changi Airport Group (CAG) has been at the forefront of change by consistently exceeding expectation in the creation of airport features that have the capacity to bring delight to the traveller experience. While we await the opening of Jewel Changi Airport next year, we revisit Changi’s latest terminal (Changi T4) to take a close look at the experiential media that has been installed there. 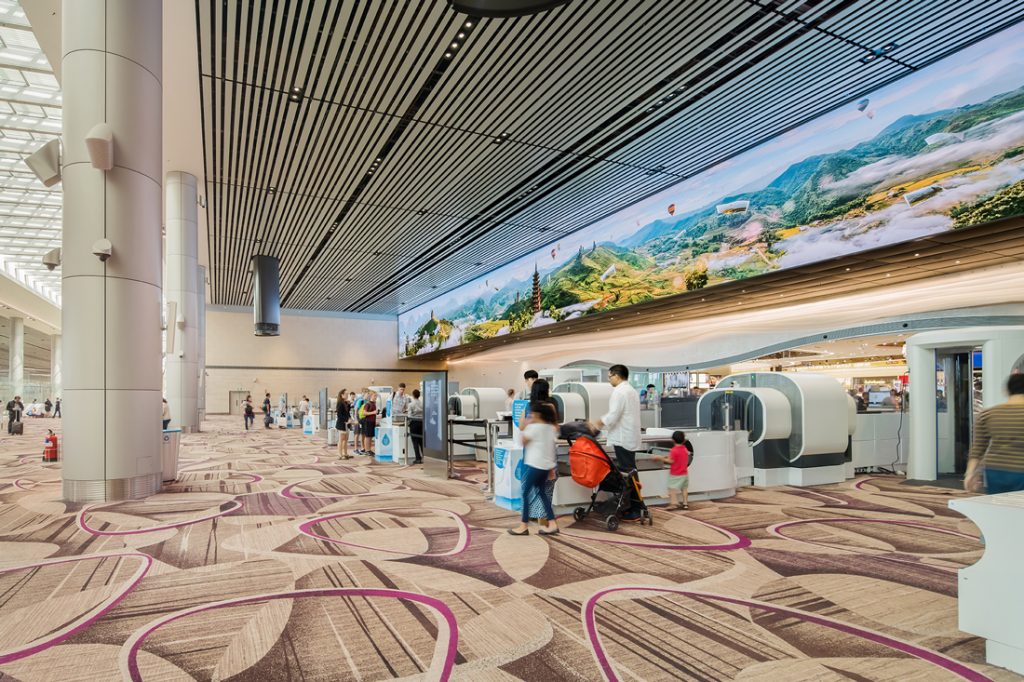 You might remember that ahead of the opening of Changi T4 late last year, we reported on its spatial design. Benoy served as the Concept Designer, Interior Designer, and Wayfinding and Signage Designer for the 225,000sqm T4. The firm worked as part of a design consortium appointed by CAG and lead by Executive Architect SAA Architects. The terminal was designed with a strong emphasis on a hospitality-driven experience to balance its focus on efficiency and productivity via automated processes.

Changi T4 as a place of surprise and delight

CAG commissioned Montreal-headquartered multimedia studio Moment Factory to produce two media features that would entertain passengers as they make their way through the terminal. The idea was to transform two of the least appreciated travel moments into surprising and delightful encounters. Each of the media features was built with a distinct purpose in mind, says Moment Factory: to create wonder and captivate audiences in unique ways. 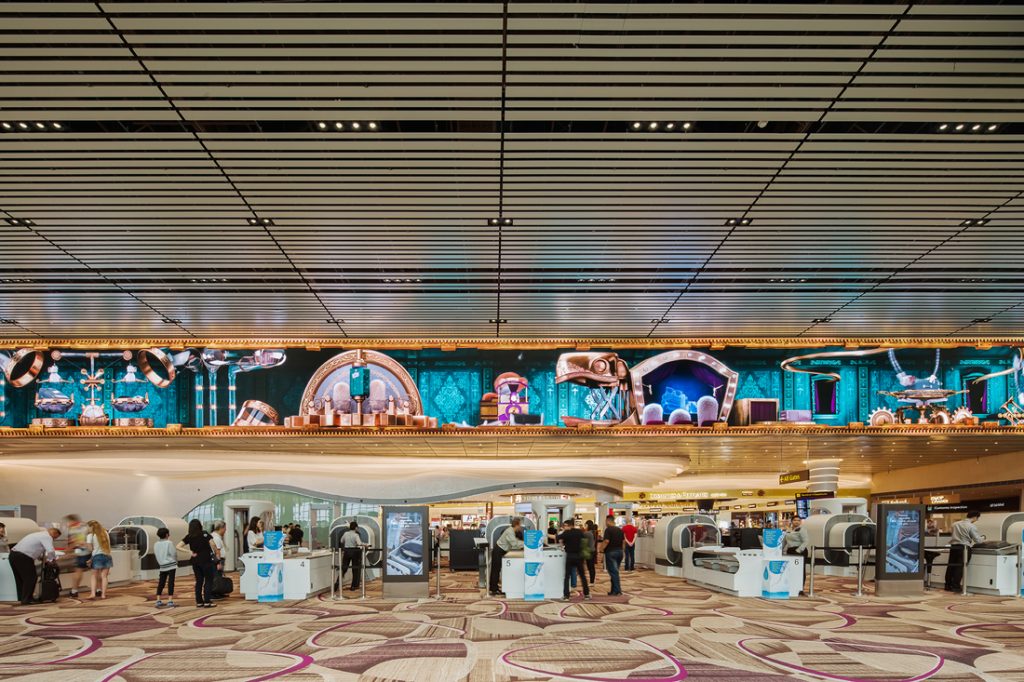 The first installation, titled The Panorama, is located in the security zone where baggage is scanned. An enormous LED screen, 70 metres wide and 5 metres high, creates a changing panorama of seven scenes designed by transport imaginations to far-off places.

The scenes include The Suitcase Machine, which depicts a playful interpretation of a baggage handling system; Through the Lens, which allows the viewer to peek through clouds at various ASEAN destinations; The Frieze, in which an apparently traditional carved frieze transforms into a playground for carved animals that move around; and Drifting Petals, which appears as a virtual kinetic sculpture of golden petals. 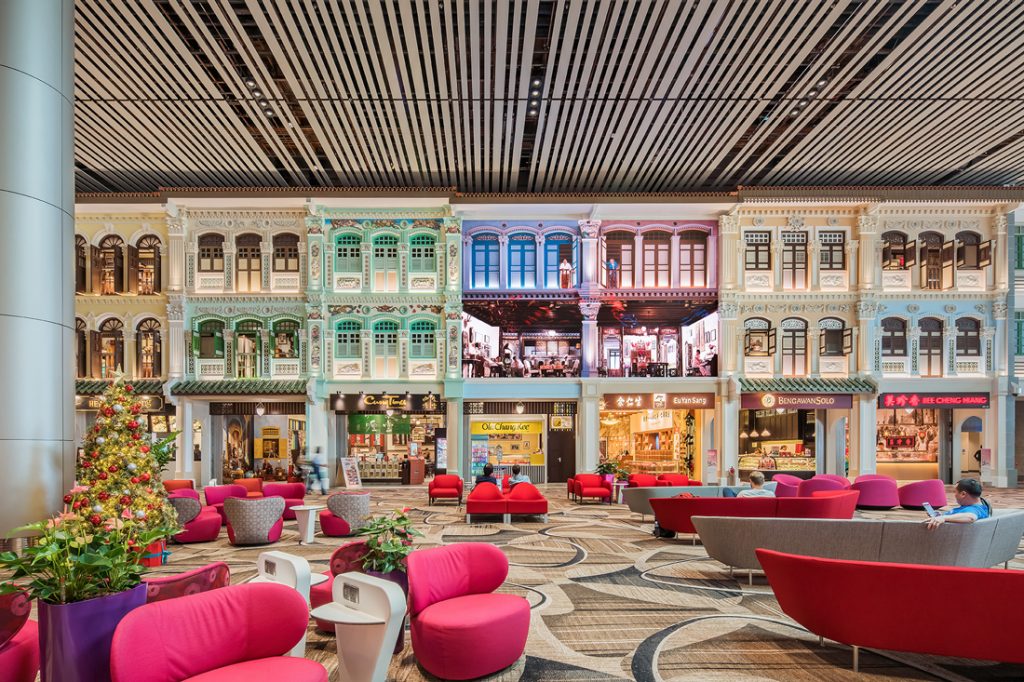 The second installation is titled Peranakan Love Story, and it forms part of the row of traditional Peranakan shophouse facades that were built inside T4’s shopping and dining zone. Working with singer Dick Lee to develop the storyline, Moment Factory created trompe-l’oeil-based content that brings one of the shophouse facades to life with a love story. Incorporating visual and aural aspects, it has proven so popular that new content was recently added to the story.