Public flight trials of Volocopter’s electric air taxis will take off from a mobile vertiport designed by Brandlab, Graft Architects and Arup.

Singapore will soon have a mobile vertiport – a ‘vertical airport’ for VTOL (vertical take-off and landing) vehicles. More specifically, it will be a mobile landing pad for the eVTOL (electric VTOL) air taxis produced by German multicopter pioneer Volocopter. 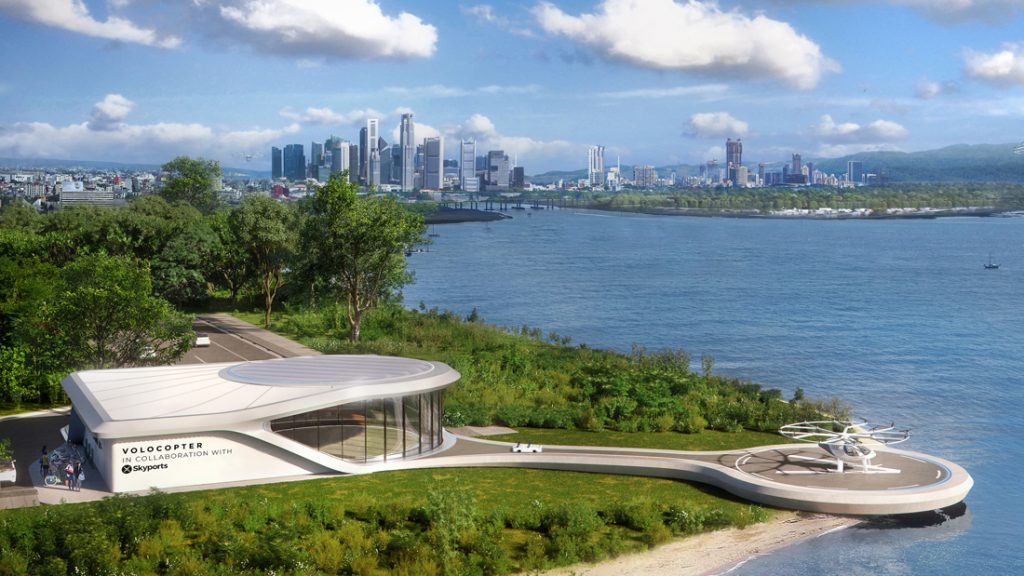 Volocopter and UK-based UAM (urban air mobility) infrastructure company Skyports have announced that they will construct the first vertiport in Singapore later this year. It will cater to public flight trials in the second half of 2019.

Ground-based vertiport infrastructure is critical to the success of future UAM (including air taxi operations) in crowded cities, says Volocopter. They are the only pieces of physical infrastructure required for air taxis to commence operations in cities in the near future, it says. 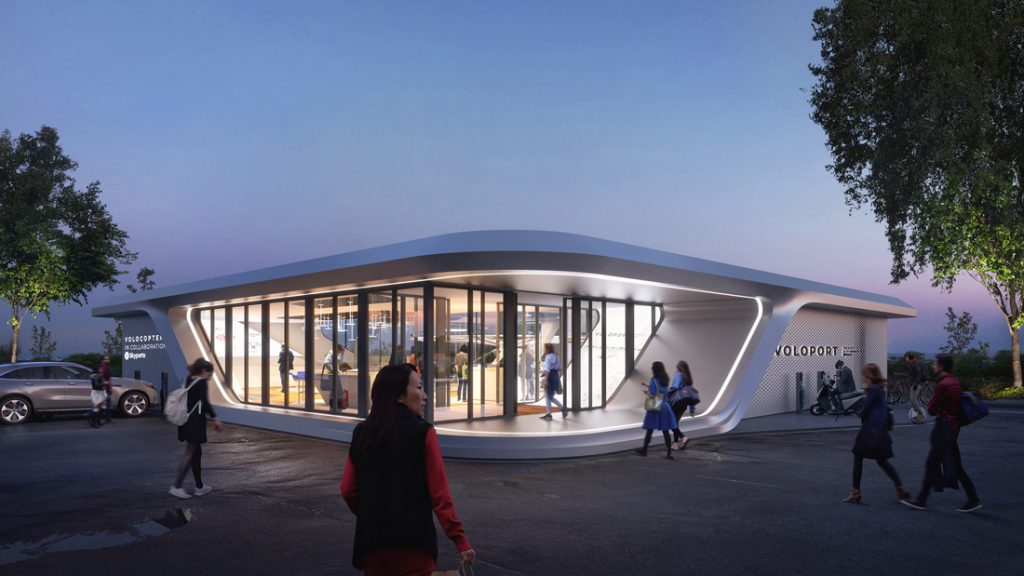 Named ‘Volo-Port’, the vertiport planned by Volocopter and Skyports was designed by Brandlab, Graft Architects and Arup. The team won an international tender for the project. It will serve as a prototype, enabling real-life testing of the full customer journey and practical testing of ground operations and services.

It will also showcase planned customer services (including pre-flight checks, passenger lounges and boarding procedures), and provide the opportunity for authorities and industry regulators to interact with the infrastructure and provide feedback before they are asked to approve the final design. 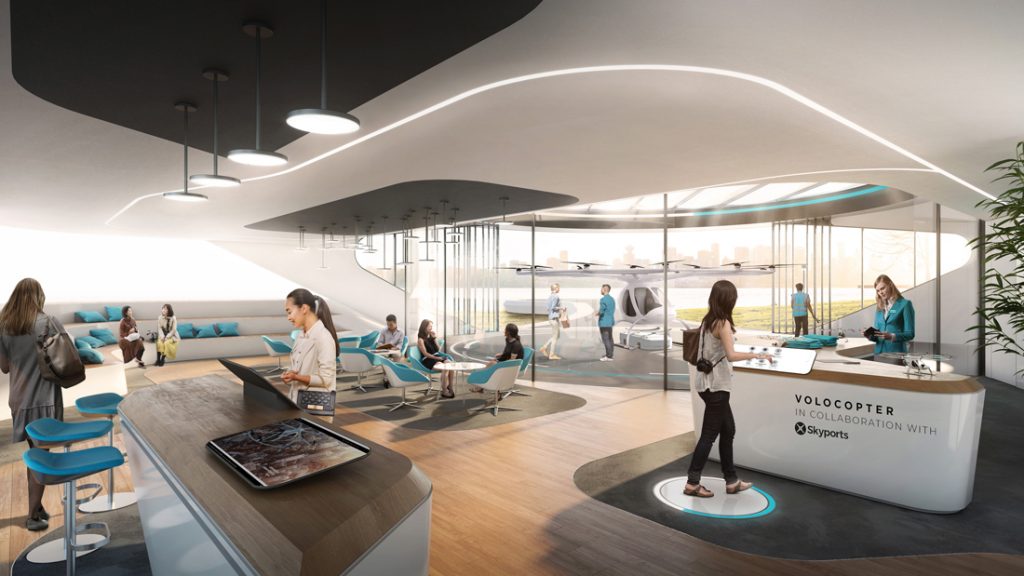 Brandlab designed the Volo-Port as well as the customer journey in terms of all customer touchpoints, from check in to flight preparation and the arrival experience. Graft supported Brandlab to jointly develop the architectural appearance of the vertiport, and Arup consulted the multidisciplinary team in building structure and aviation topics. 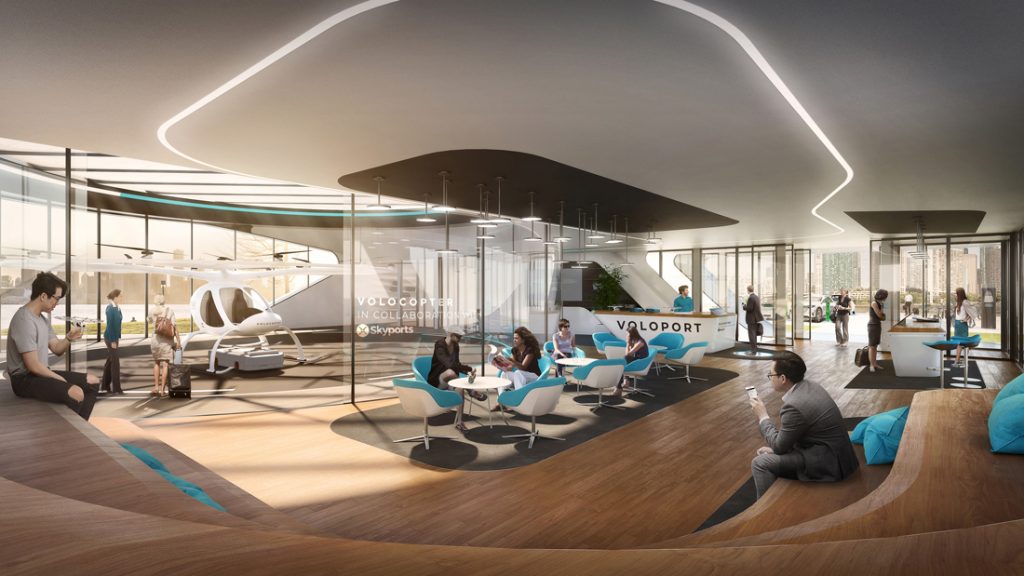 The Volo-Port has been designed so that it can stand alone or connect to other ports in numerous formations, enabling rapid deployment and scalability. 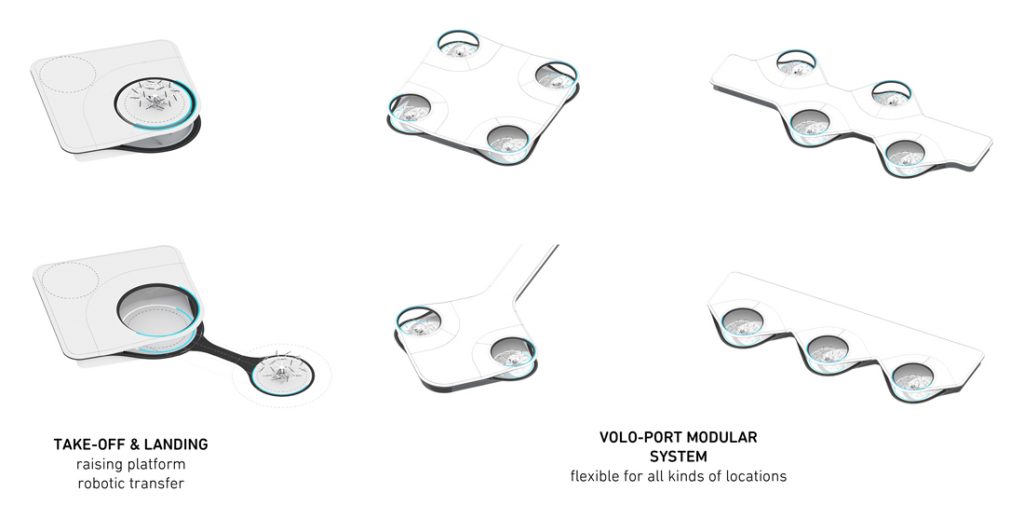 The modularity of the Volo-Port system

“Mobility patterns in cities worldwide are changing rapidly – seamless transitions from one mode to another are crucial for transport efficiencies and changing passenger demands.” 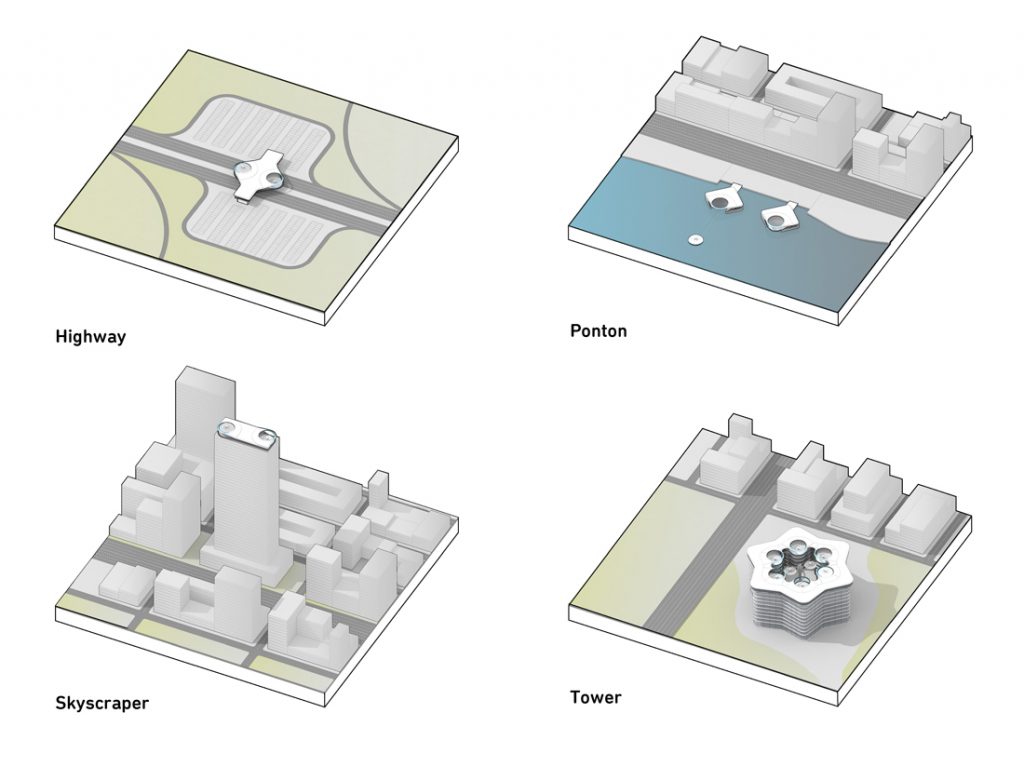 Says Linda Stannieder, Co-Founder and CEO of Brandlab, “Our design of the architecture, as well as all services along the whole customer journey, link ground to air infrastructure in the smoothest way possible. Passengers experience the connection to the sky through our design. We aim to build trust and create excitement.” 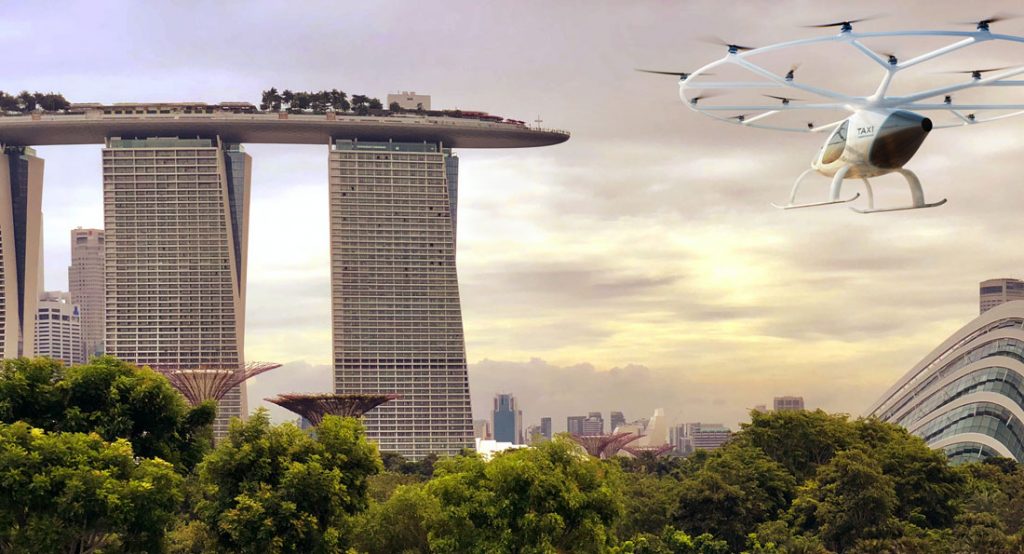 Volocopter’s eVTOL air taxis are made for piloted, remote controlled, and fully autonomous flight. The company held its first manned flight of the world’s first purely electrical multicopter in 2011. In 2017 it showcased the first-ever autonomous flight of an urban air taxi in cooperation with RTA Dubai.

“Once regulation comes through on the aviation and city level – and this will be sooner than most think – we will be ready to take off,” says Alex Zosel, Co-Founder of Volocopter.