Located within the mesmerising curves and planes of the International Youth Olympic Cultural Centre designed by Zaha Hadid, the luxury hotel Jumeirah Nanjing brings a sense of Nanjing’s stature as the capital of China for six dynasties.

“Nanjing boasts a long history serving as a cultural and literary centre, dating back to the third century,” says Lim Hong Lian, founder and principal partner of LTW Designworks. LTW was commissioned to craft the interiors for the hotel’s public areas, guest rooms and suites, restaurants, lounges, banqueting and wellness facilities. 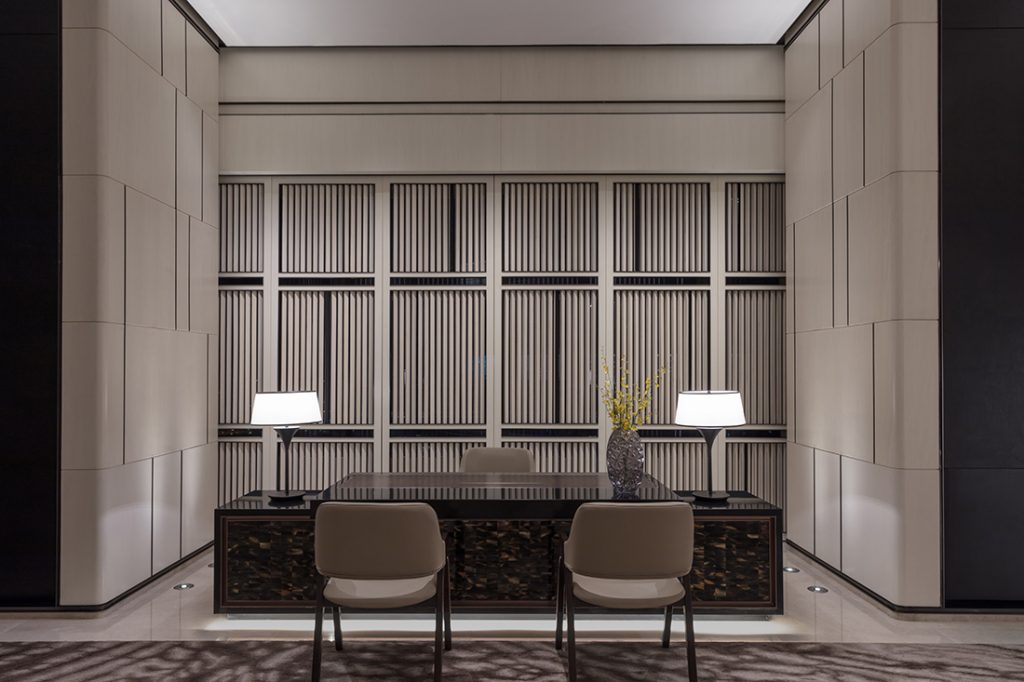 Lim continues, “We were inspired by the poetic narratives from this unique history, and have employed these as the base of the design concept, evoking a strong sense of place by reinterpreting Chinese literature with a modern twist. Zaha Hadid’s fluid and organic architecture gave us the opportunity to create an upscale, modern and refined interior that conveys a dynamic yet harmonious synergy between the exterior and interior, complimenting the distinct curvilinear features of the building.” The hotel is strategically situated along the picturesque Yangtze River in the Hexi New Business District, and enjoys panoramic views of the water against the Nanjing cityscape.

The literary reinterpretations begin in the main lobby, where a folktale about ‘the black dragon’ seen by the Emperor through the misty air of Xuanwu Lake is referenced with a juxtaposition of light and dark, smooth and textured finishes. A soaring dragon-scale feature wall is set within an eight-storey high curved glass skylight. Scenes of a flowing river are created with a central seating area composed of weaving islands on top of ripple-patterned marble flooring.

The Cha Jie Tea Lounge and Chocolatini Martini Lounge on the 41st floor narrate a play between the seasons of spring and autumn, in reference to a Tang Dynasty poem that describes “spring rain and autumn mist hovering over Chinese palaces”. The design of the guest rooms harks back to Nanjing’s history as an education and literary haven for scholars. The ‘four treasures of study’ (brush, ink, paper and inkstone) provided the key inspiration in the rooms and suites. Oversized compositions of traditional wooden printing blocks were adapted into decorative screens; their asymmetrical brush-stroke patterns alluding to the flowing dragon motif.

Crowning it all is the Sky Pool, which sits on the rooftop beneath a glazed skylight. The infinity pool is oriented toward the city beyond – the ideal spot for contemplation of Nanjing and its history. 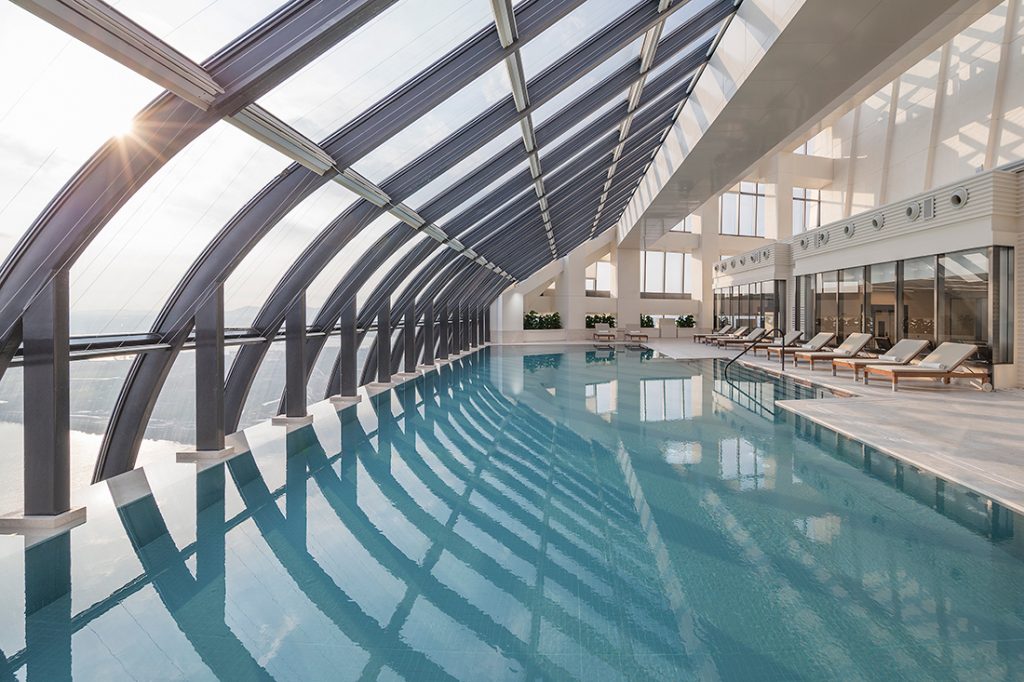