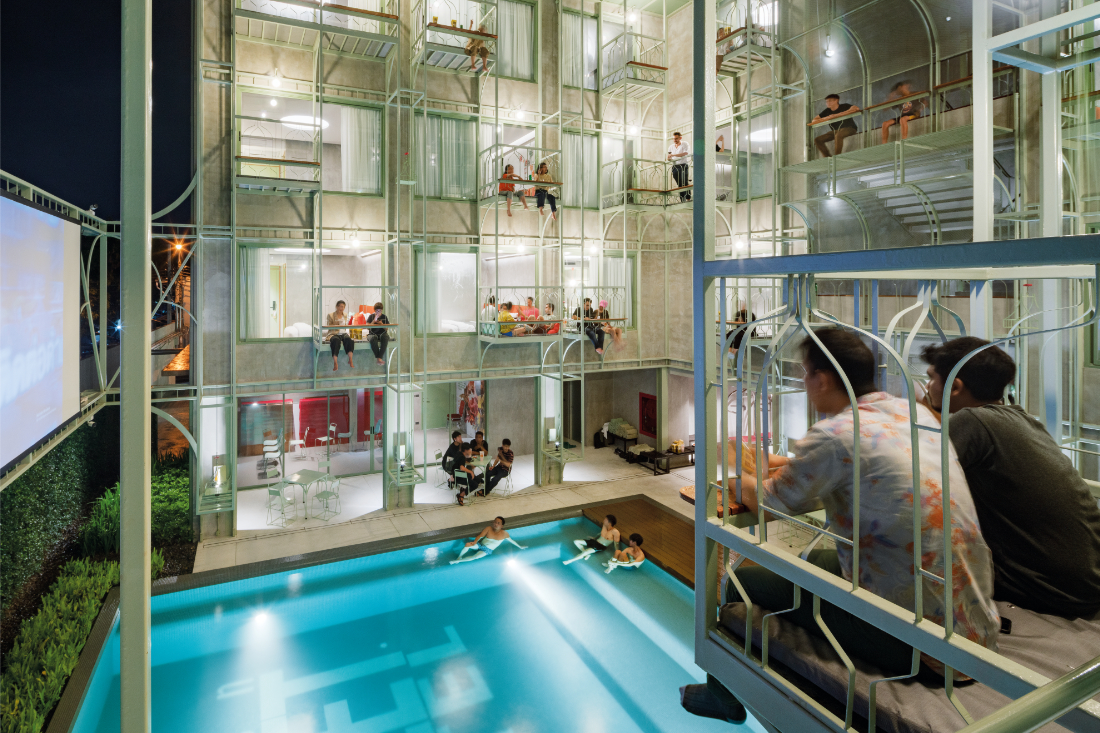 View of an outdoor movie screening in the pool lounge courtyard, surrounded by guest room balconies with leg-dangling seats.

The Southeast Asian Writers Award winner Prabda Yoon made his directorial debut with Motel Mist four years ago and it blew audiences away. I attended the film’s premiere in Bangkok and was amazed by the otherworldliness it introduced, especially how such a unique building typology as the curtained love motel could become not only a movie set but another interesting character. Even though the public may seem unwilling to acknowledge its existence, we have to admit that this unspoken place for romantic rendezvous is part of what represents the city’s vibe. 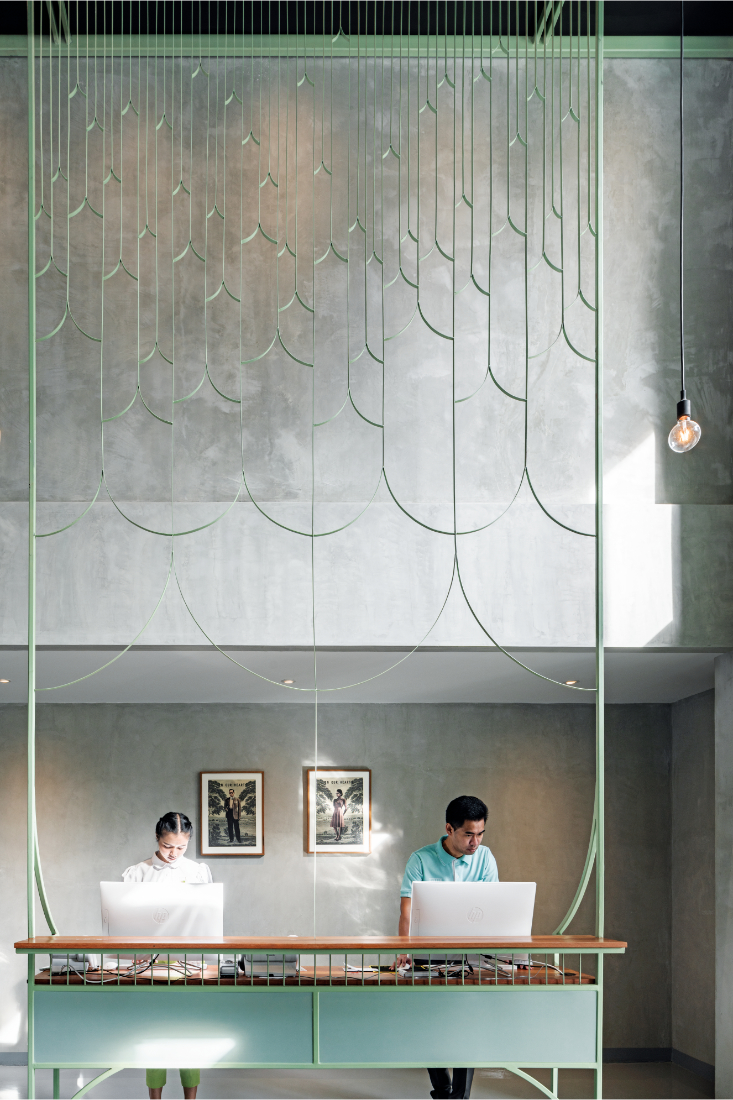 The lobby check-in counter was imagined as street furniture. The steel flat-bar screen was inspired by window security grilles in Bangkok.

The short-stay love motel is a kind of architecture that can be found anywhere around the world, but the ones in Thailand are different. With their idiosyncratic characteristics including curtained parking spots with attached sleeping units, and inconspicuous tunnels where users can sneak out through a different route than the one they used to enter, it is understandable why some architects want to pull back the curtain and bring their ideas into this typology. So, when a chance came to Chatpong Chuenrudeemol of CHAT architects to turn a love motel into the neighbourhood-friendly Samsen STREET Hotel, he knew right away that such an opportunity seldom knocks twice. 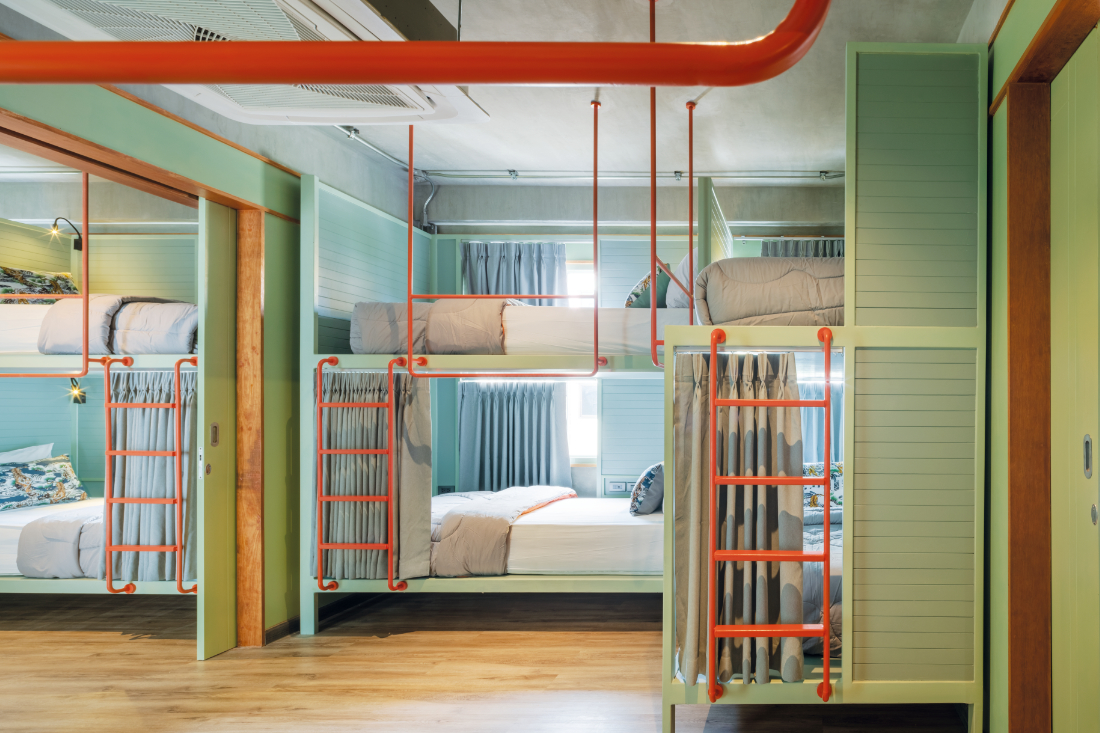 A dorm room with bunk-bed cubbies.

“I’ve been researching love motels for seven years now. Also, ‘Bangkok Bastards’ is a research subject that has been around in our studio since 2014. You know, I was just waiting for an opportunity for them to come together,” says Chuenrudeemol. “Six years ago, we were going to renovate another love hotel belonging to the same owner, but it didn’t work out. The building was eventually demolished.” 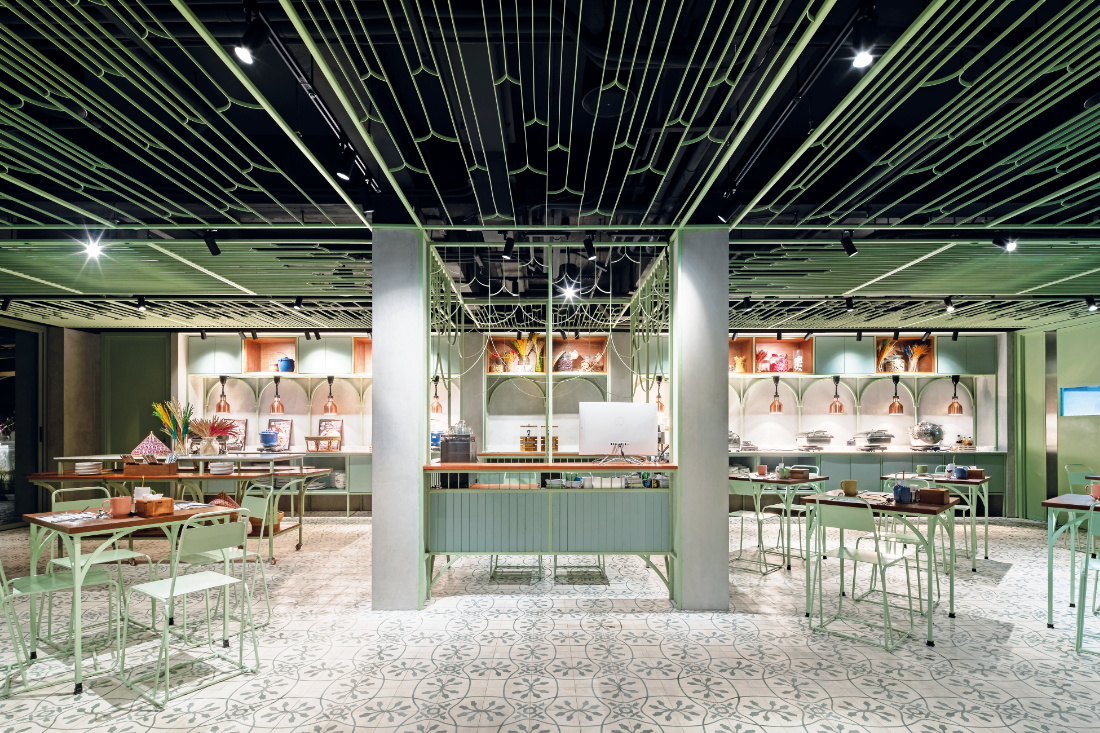 The cashier counter/coffee bar in the hotel restaurant is a bastardised version of old Bangkok pawnshop counters.

The owner of the Samsen STREET Hotel sought to do something more financially feasible. CHAT architects, thus, had to get involved from the outset, convincing the owner that the business model should shift from an ‘hourly rate’ motel to a budget hostel that rents by the head. Apart from the increase of its spatial capacity, Chuenrudeemol believed that this transformation could also bring more dialogue to Bangkok’s street life.

View of an outdoor movie screening in the pool lounge courtyard, surrounded by guest room balconies with leg-dangling seats.

“There is an air of mystery and secrecy about the original building that we want to flip inside-out. To do so, we employed a design strategy called ‘living scaffolding’, which results from our research on street vernacular typologies such as construction workers’ houses. These verandah-like structures, a kind of exterior multipurpose walkway system, are integral architectural components that allow life activities from cooking and doing laundry to socialising or just getting drunk to take place,” explains Chuenrudeemol.

The strategy was translated into mint green steel scaffolding that wraps the whole structure on both the outer facade and the inner court. These design interventions, with the colour choice inspired by the late-modern shophouses nearby, flip the perception of the hotel from an inward-looking, introverted structure into an extroverted public building. This stimulates urban interaction, which enlivens the public street life, and helps a substantial relationship to develop between the hotel and the neighbourhood. 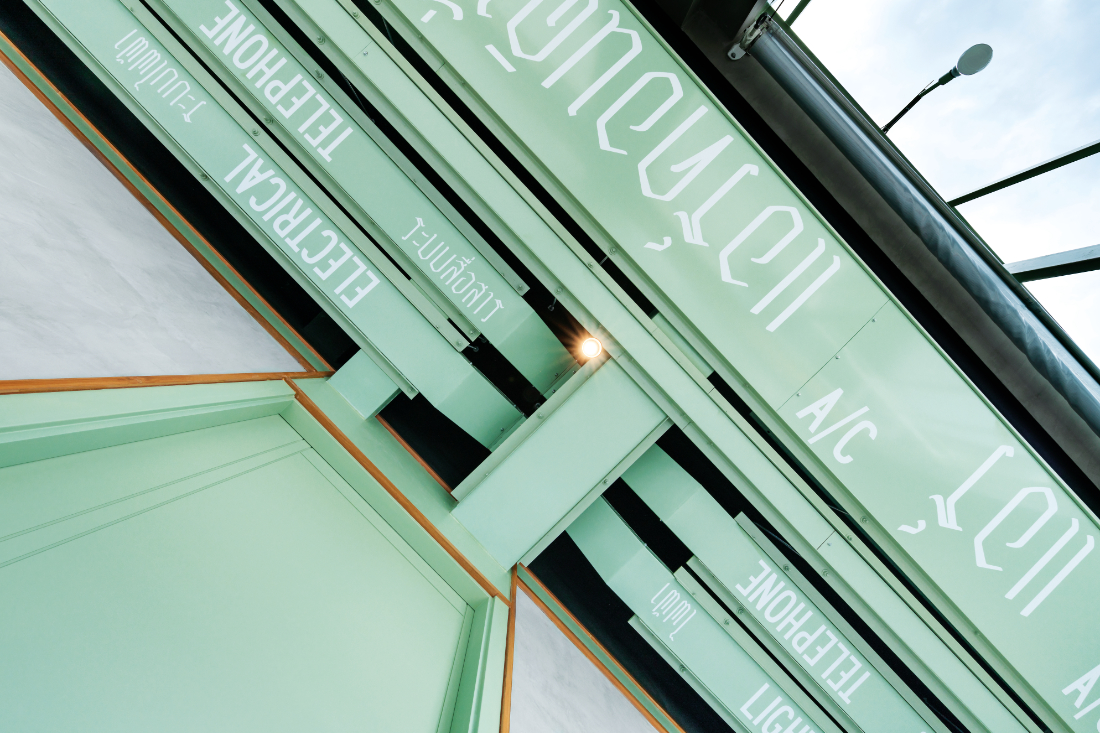 MEP systems are labelled and arranged in ‘wireway highways’ above the corridors, creating a new type of ‘street utilities’ ceiling scape.

Chuenrudeemol concludes, “The Samsen STREET Hotel has become a new type of public architecture that I don’t think Bangkok has ever seen before. Through the strategy we employed, the design of this hotel also ushers in a new way of looking at Thai street vernacular typologies. One thing that I learned from this project is that the ‘Bangkok Bastards’ research I’ve been doing for years is finally viable. You need time for it to incubate so that you can actually let it translate into design. Boonserm Premthada of Bangkok Project Studio told me when he first visited that, with this project, we’ve just turned the vices of Bangkok upside down!”

Samsen STREET Hotel is the winner of The Building category at Inde.Awards 2020.
This article first appeared on Cubes Issue 99.
Read more stories from the issue and get your FREE digital copy here. 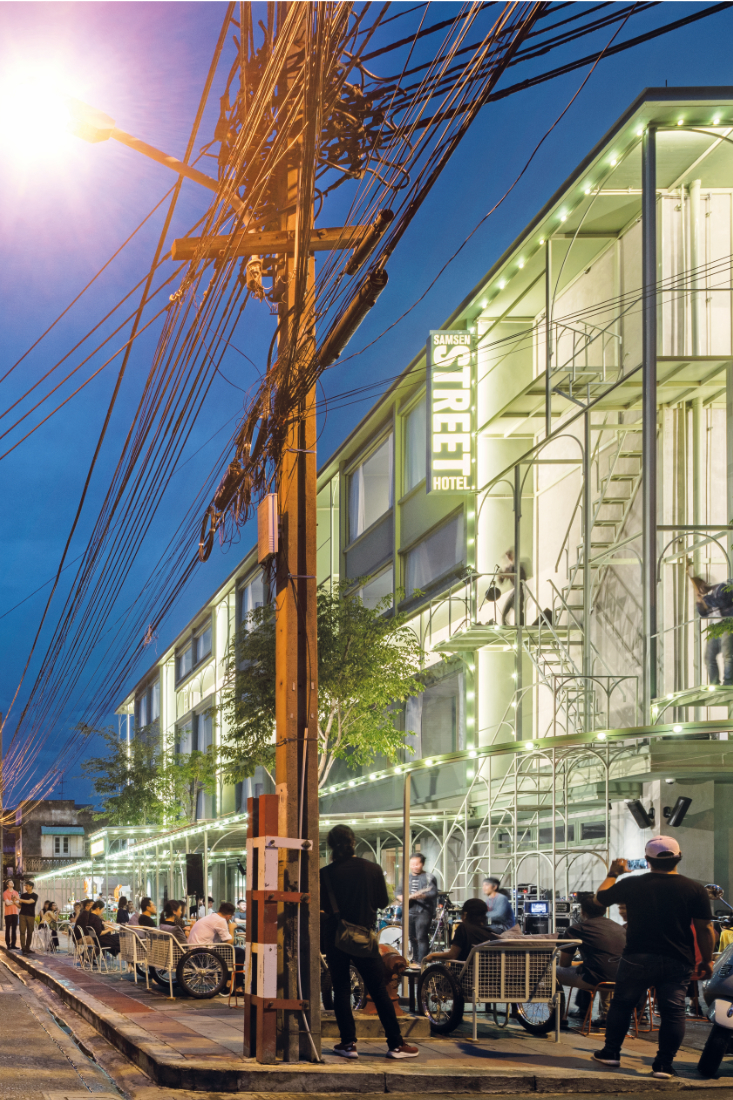 Related: Chat Architects On Architecture With A Lower-Case ‘a’