One venue for daytime and another for the night. Linehouse designs a pair of F&B spaces in Shanghai’s former French Concession with an emphasis on relaxed simplicity.

Sometimes simple is best, and the humblest of materials – creatively shaped – are all that’s needed to create a satisfying environment. Shanghai- and Hong Kong-based design studio Linehouse have demonstrated this with a café and a wine bar that each evokes a sense of comforting nostalgia via rattan.

The two small neighbouring spaces are separated by an alleyway near Changshu Lu. Bitter (just 24 square metres in size) serves coffee during the day and aperitifs in the early evening. Bird (at 64 square metres) serves wine and seasonal small plates, with a menu that changes weekly. 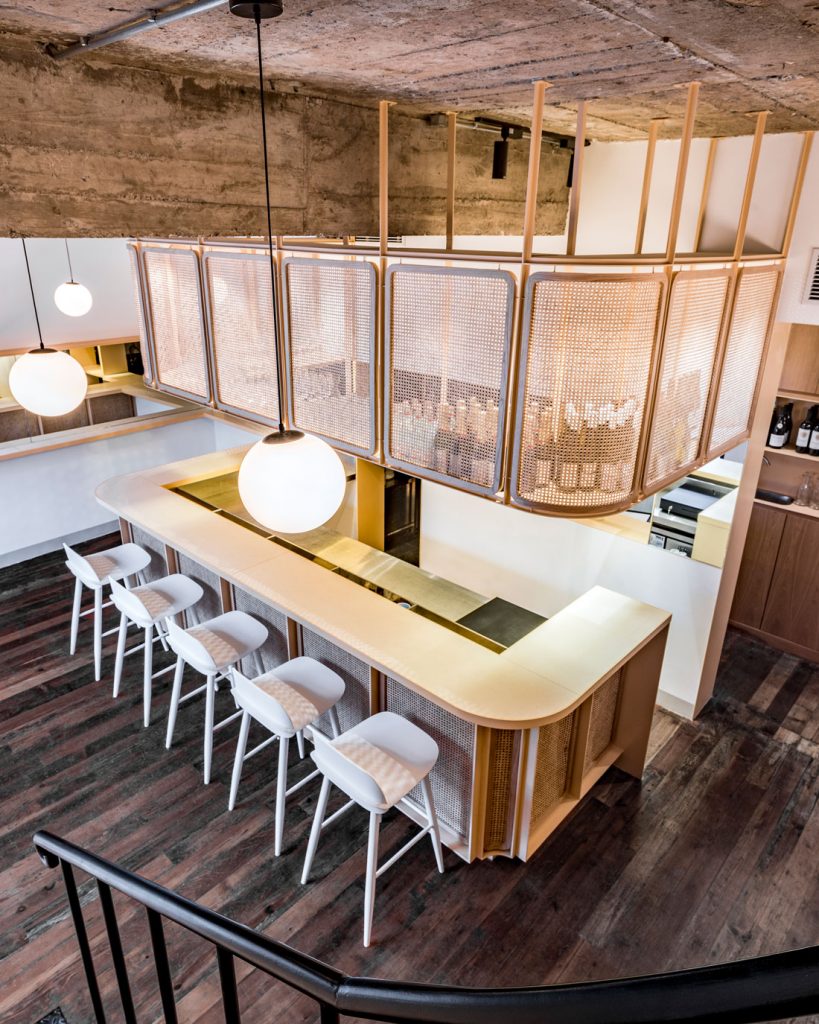 “Linehouse partnered with a team of hospitality leaders in Shanghai for this project: Camden Hauge, Warren Pang and Lobin Tjia,” explains Alex Mok, the co-founder of Linehouse. She says, “The interior design, operations, wine and food were all shaped in conjunction with each other. We felt an F&B concept that focused on a quality but paired-back menu in a relaxed and humble setting was missing [in Shanghai].”

Says Mok, “Camden Hauge has been one of the leading F&B operators in Shanghai for many years with projects such as Egg, Chef’s Tables and Social Supply. When we first started discussing a possible F&B co-venture we found we had a shared passion for creating new concepts in Shanghai.”

The driving force behind the design and operations was to create venues that focus on serving the neighbourhood with day and night offerings in what Mok describes as “an honest and simple setting.” From the beginning of the project, the Linehouse team knew they wanted to do something modern and unique with rattan.

At Bird, this is expressed with a centralised bar of wood and rattan screens with which Linehouse wished to evoke a sense of retro nostalgia – particularly recalling 1970s domesticity. The bar counter extends around the space, creating a standing leaner along the walls and wrapping in front of the window. A datum of mirrors and blackboards at eye level creates a visual expansion of the space. Concrete was left exposed on the ceiling and on portions of the walls. 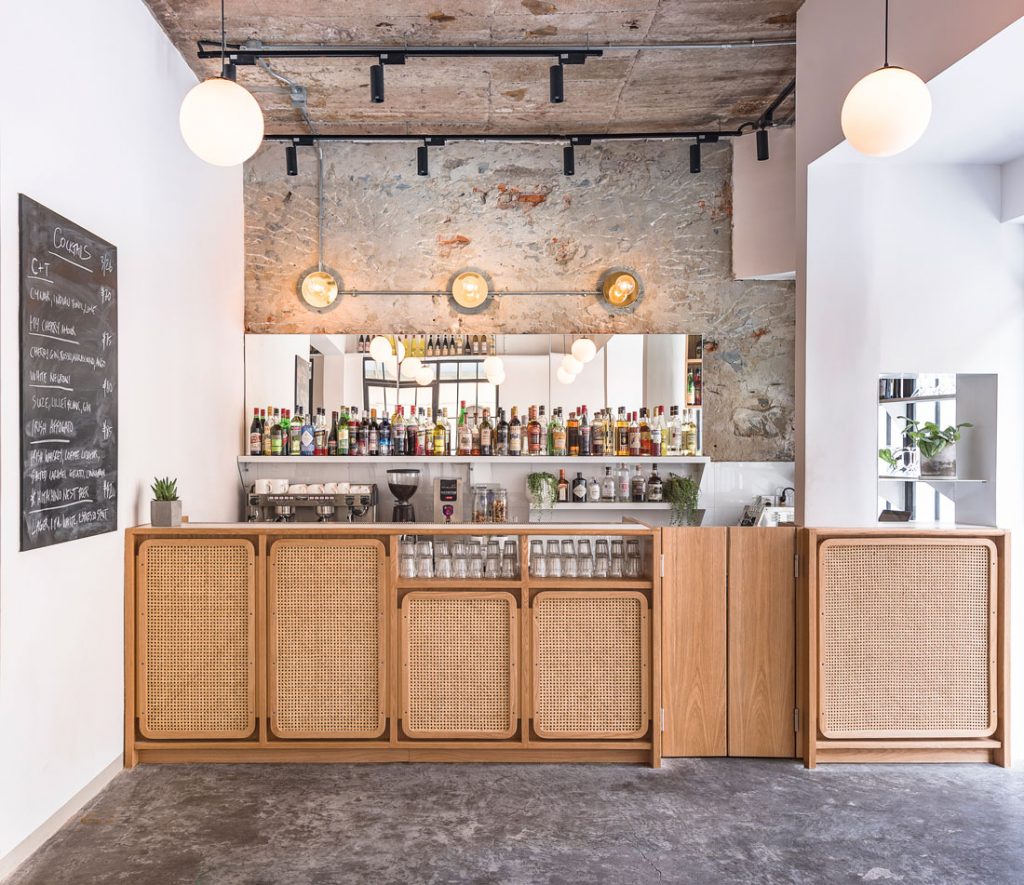 A bar counter at Bitter reflects the materiality and detailing of Bird. The space was previously an Italian restaurant containing two rooms. Linehouse removed the dividing wall to open up the space. Additionally, the facade opens up to the streetscape to emphasise the ‘neighbourhood’ character at the heart of the concept. “Repeatimg design elements, such as the use of rattan and wood framing, gives the two venues a symbiosis,” says Mok.

She adds, “Many people have commented that [the central bar in Bird] reminds them of the chairs or tables they had in in their childhood homes, whether they are from Asia, America or Europe. We feel that we succeeded in creating the feeling of familiar domesticity.”

Alex Mok and Briar Hickling, the co-founders of Linehouse, are among our INDE.Awards Prodigies of 2018. Read more about the studio here.