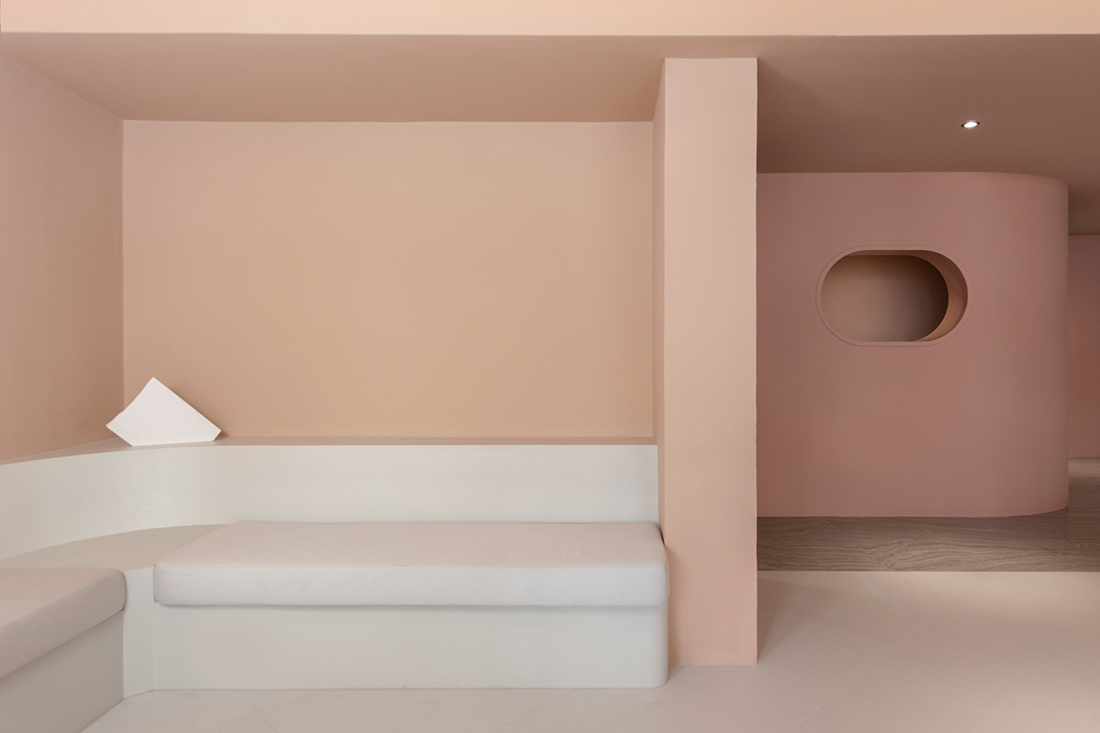 Few would expect new hotels to be popping up during this time with the pandemic still at play. Yet, an intrepid new hotel—a capsule hotel, no less—is determined to defy the odds with a good measure of imagination and sensitivity.

KINN is a five-storey hotel along Singapore’s South Bridge Road and is the brainchild of Chayadi Karim. He became fascinated with capsule hotels during his travels in Japan and wanted to offer, in his words, “a haven for the sophisticated modern traveller, a home away from home where travellers can make friends with like-minded strangers, yet retreat into their own personal space.” 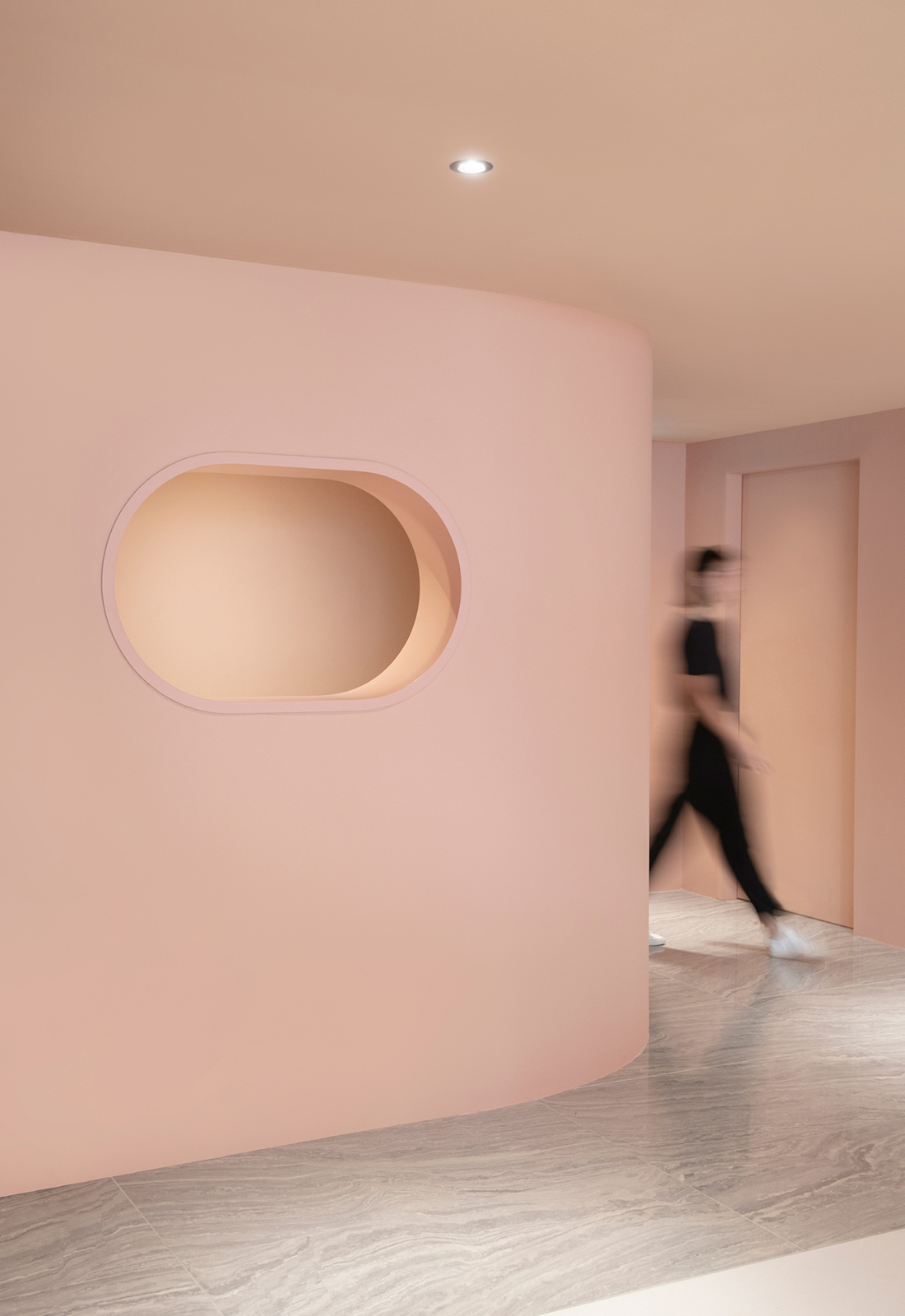 The premise for the hotel is highly human-centric, so it seems counterintuitive that creative consultancy Hjgher looked to futuristic movies rife with cool visions and even colder spaces for inspiration in designing KINN. What it has turned out, however, is anything but impersonal.

Though conceptualised through a hyper-futuristic lens, the hotel does not forsake the humanistic value of classically designed spaces. At its heart, KINN is a finely tuned vessel for the senses and a refreshing proposition for living in close quarters. Hjgher’s creative director Justin Long shares more about the design process with us. 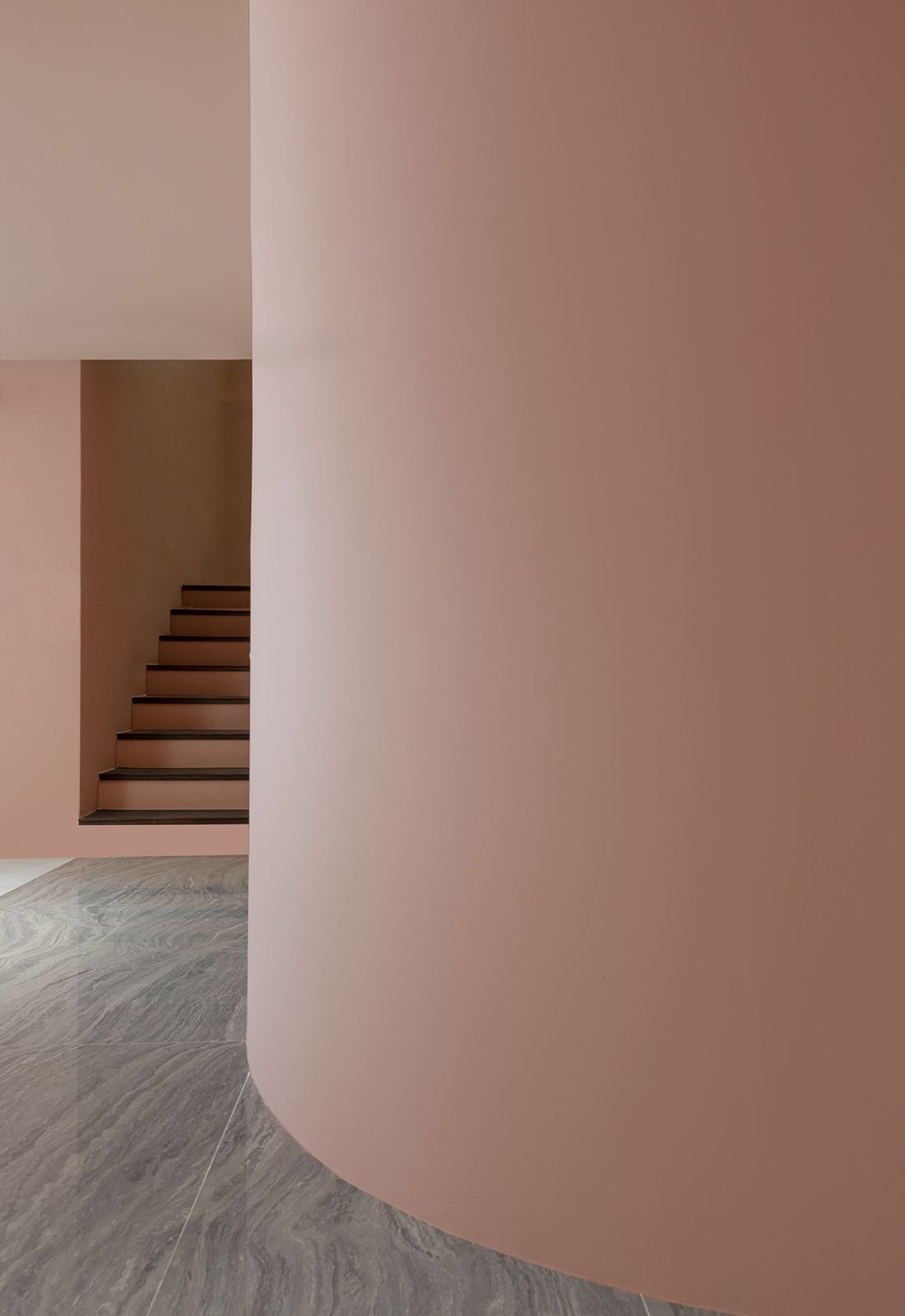 What was the inspiration for the design of KINN?

Justin Long (JL): We’ve always been interested in the future of living spaces. Granted this opportunity, we started pushing it by asking ourselves—how would we envision living in the year 2049? We took inspiration from a number of futuristic dystopian movies: Ghost in the Shell, Akira, Snowpiercer, Blade Runner, Gattaca to name a few. 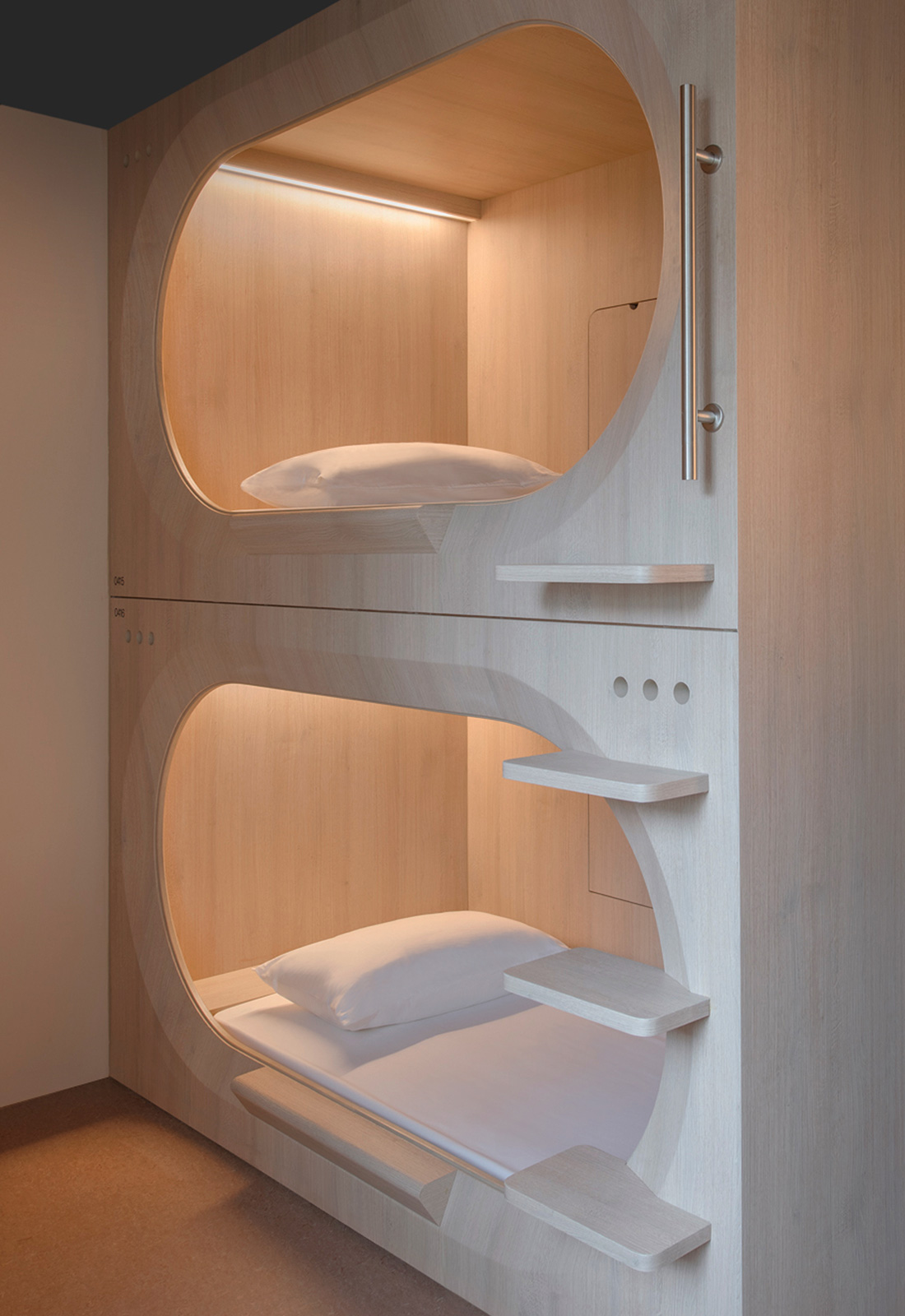 How did this then inform the design process?

JL: We started to build our own futuristic set for living in a capsule. You’d see in our initial drawings that we went all out—frames in neon lines, reflective metallic surfaces, hexagonal shapes for structure, aerodynamic curves etc.

After that, we began the process of reducing the pageantry to what was essential, to what could be both aesthetic and functional. We then replaced the futuristic gloss with classical textures—wood instead of gloss, rock instead of reflection. Finally, we introduced colours that have been proven to be psychologically calming, relaxing and re-energising. The idea was to design for the future but in our present time and context. 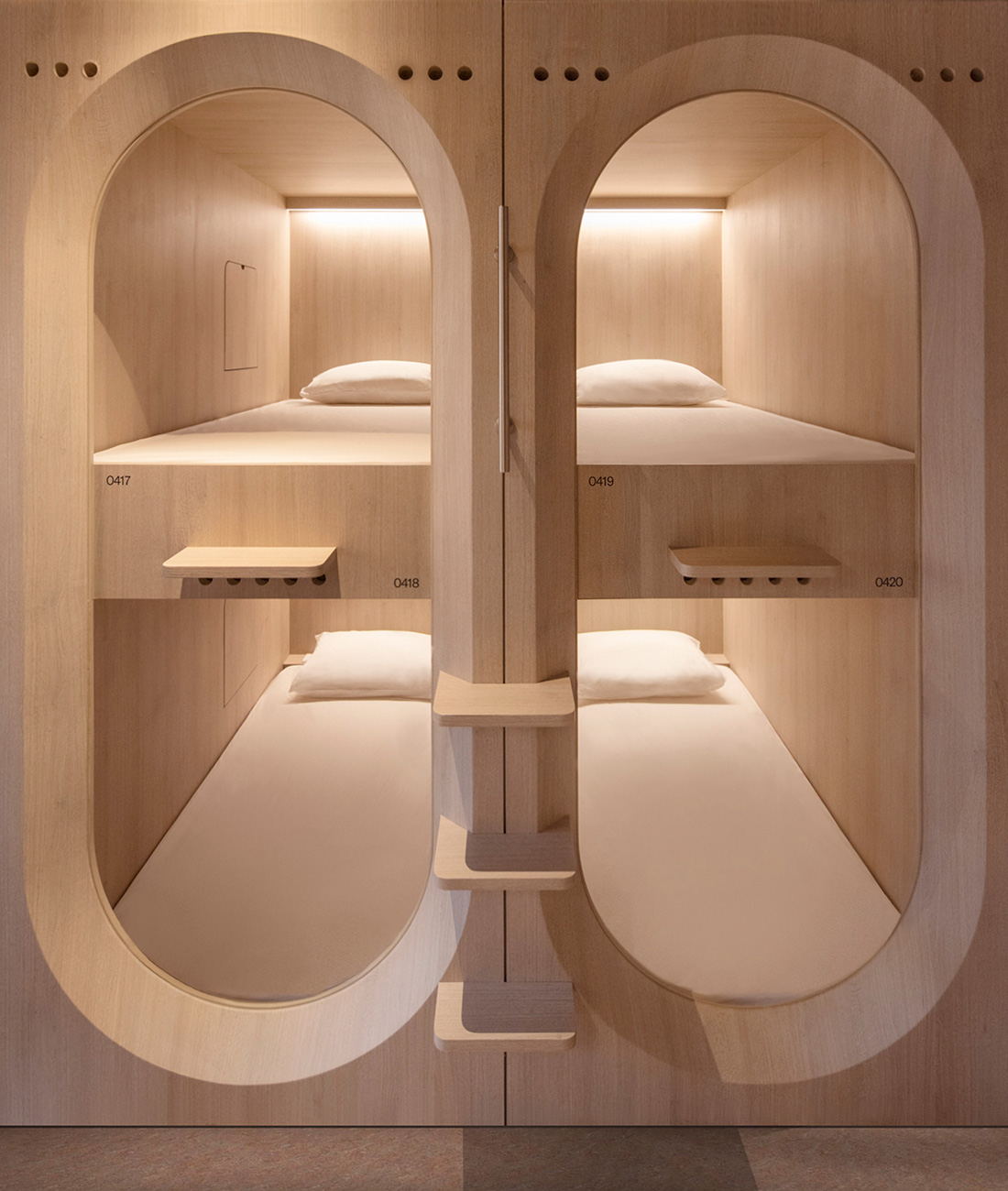 What are some unique challenges that come with designing a capsule hotel?

JL: If you think about it, humans are growing larger in size genetically, but we find ourselves adjusting to tinier living spaces. It’s easy to make a large space comfortable, but how do we make a small living space as convenient and comfortable as possible? We did almost a year’s worth of research by staying in countless capsule hotels, gathering data from user testing and experimenting through prototyping.

Basically, design thinking was used as a way to solve the problem. If the size of the pods was fixed, what else could we do to resolve that feeling of being closed in? We started to define other variables like temperature, tactility, proportions, scent, the list goes on. We could actually do a thesis on the psychology of a capsule hotel! 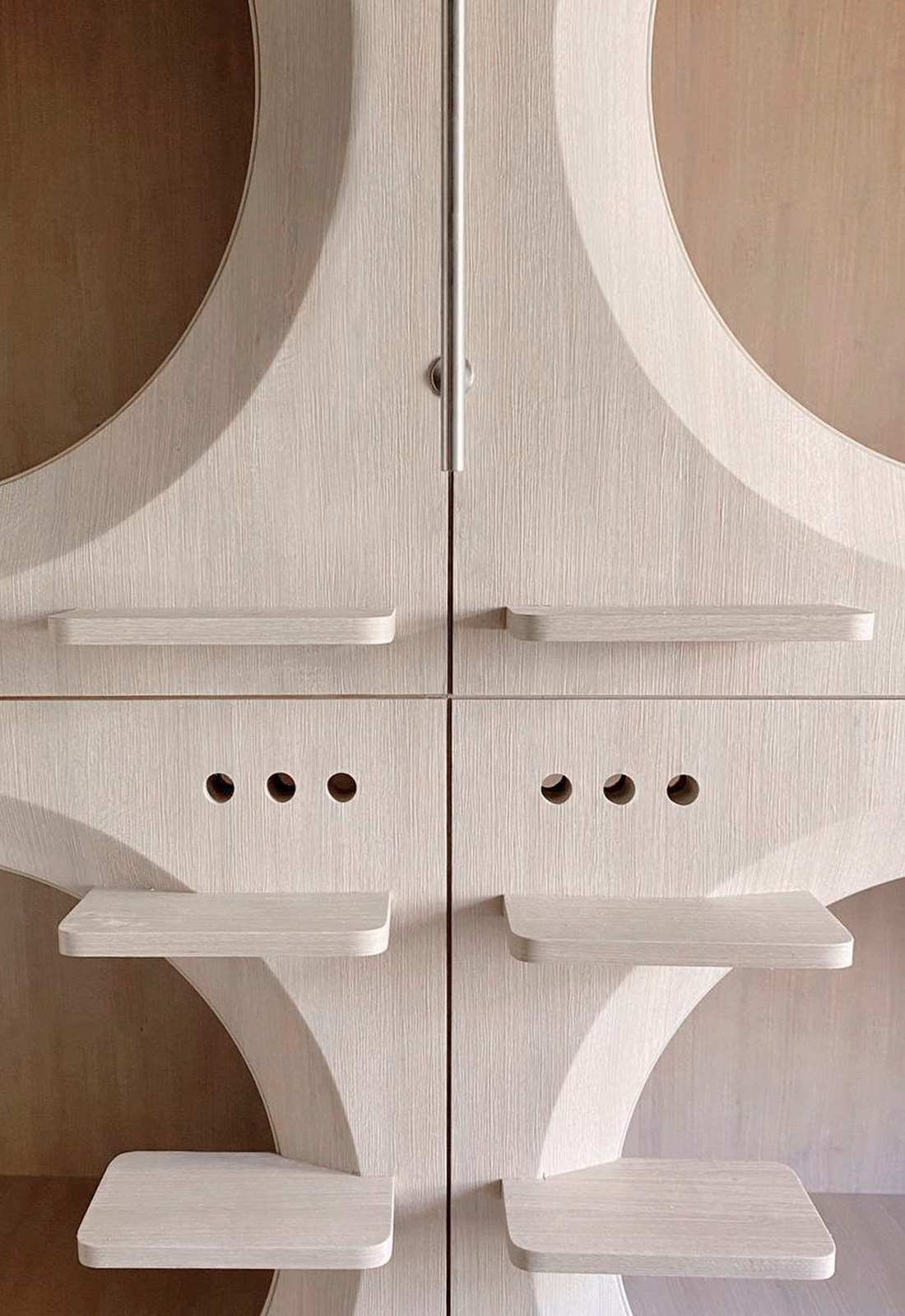 How did the research translate into the design of rooms?

JL: For example, we found that under wraps, a temperature of 21°C is ideal. We ensured proper ventilation and air flow by providing well-placed vents. All the rooms have windows and natural light. To control noise, we installed double panels for the walls and used noise-controlling roller blinds. There are no protruding components in the pods, with only single-finger pulls for opening compartments. The fold-down height of tray tables was designed to sit nicely above crossed legs. Woodgrains were oriented to give the perception of height. We also worked with a scent company to provide a scent that calms the mind, reduces stress and re-energises. 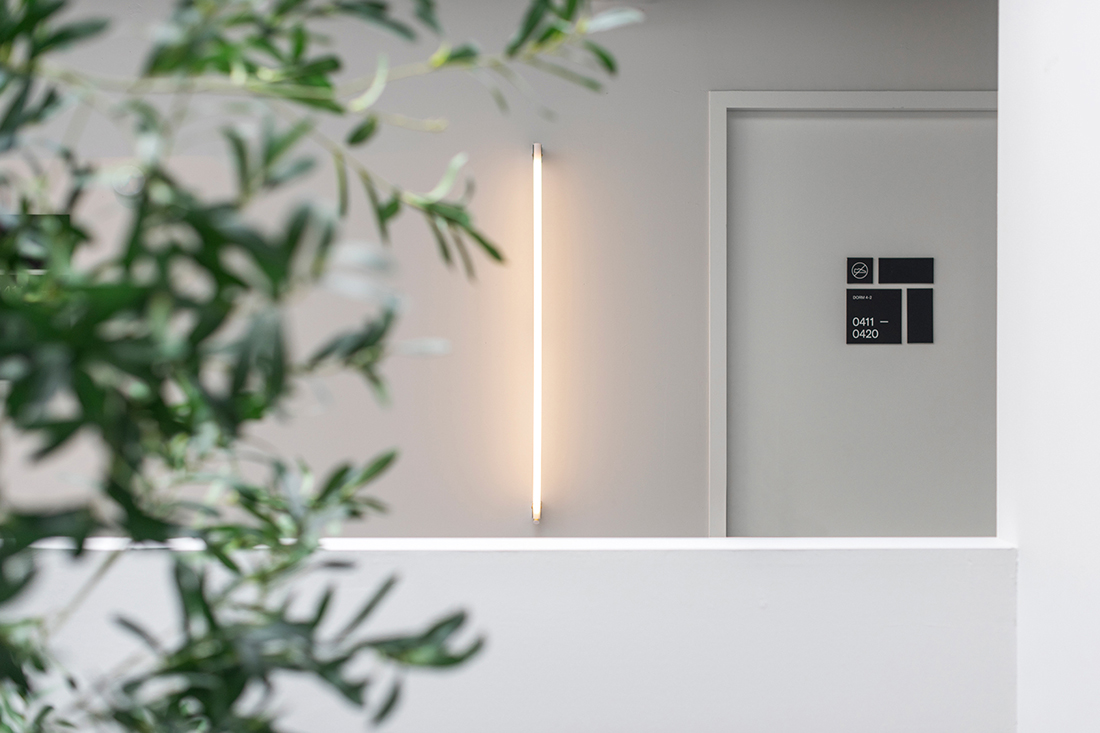 How does technology factor in the design of KINN?

JL: KINN is fitted with a number of IoT systems, RFID locks, variable passcode entries, self-check ins, etc. But we were careful to avoid the coldness of these futuristic systems by designing for natural, convenient use. How do we make it less intimidating? Is it within comfortable reach? Does it make things more efficient? Does it reduce the number of steps a guest has to take? 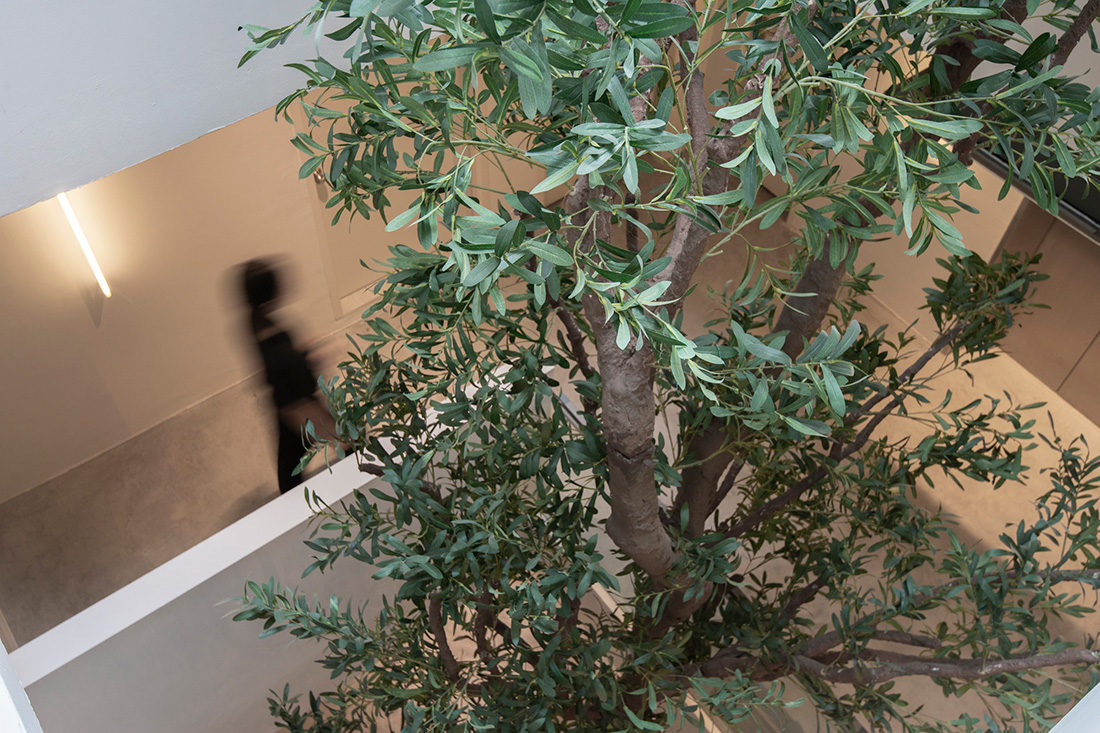 Is there anything about KINN that you’re particularly fond of?

JL: The façade. We’ve always been taken by the building’s façade even before when it was home to The Law Society. It has this definitive grid of brutalist geometry. I think that’s what makes this special for us: that this bunker of a building should but doesn’t take away the beauty of its neighbouring Peranakan shophouses.

We’re constantly drawn to contrasts, polarisation, split personalities, the ugly beautiful, and how, when done right, it all comes together like an unexpected but delightfully pleasant surprise. 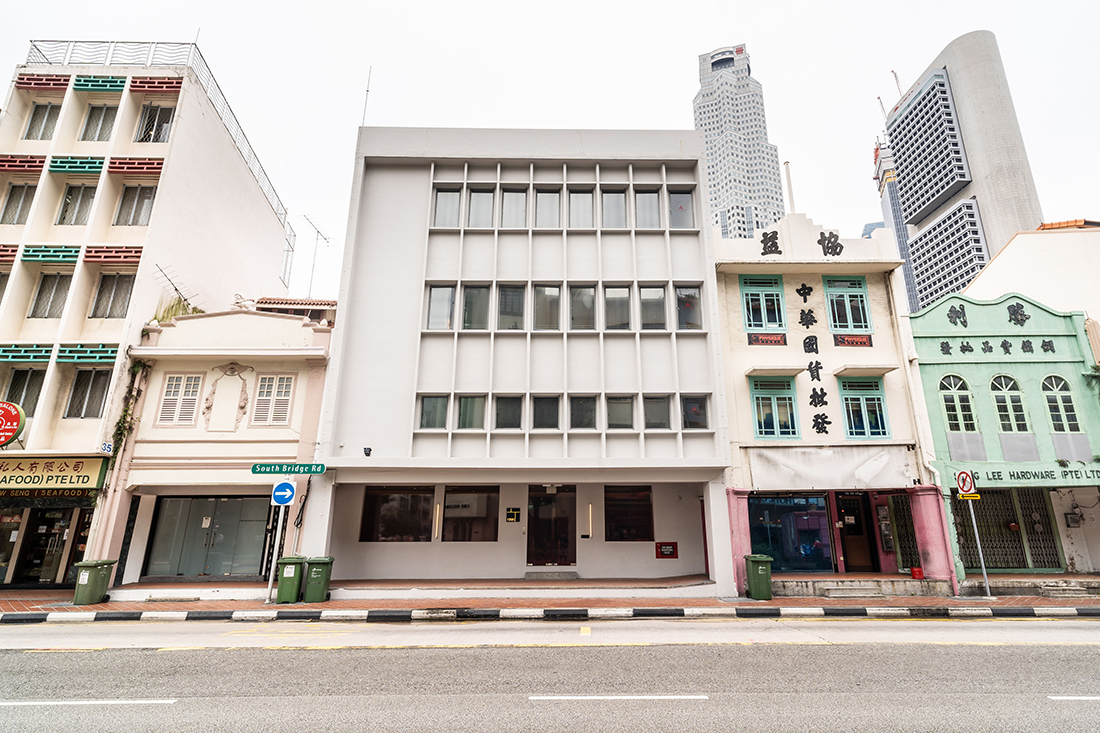