K11 MUSEA: Will It Be Hong Kong’s ‘Silicon Valley of Culture’? 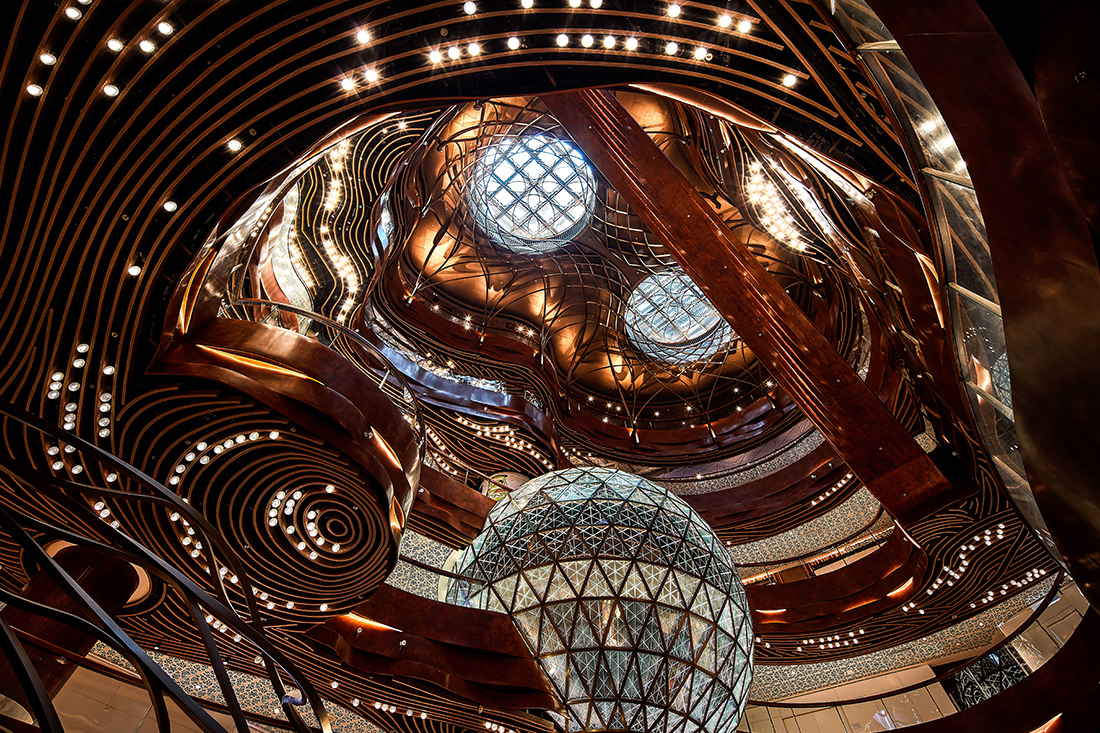 There’s a great deal of ambition tied to Hong Kong’s new cultural-retail destination K11 MUSEA at Victoria Dockside. The entrepreneur behind the development, Adrian Cheng (Founder of K11 Group and Executive Vice-Chairman of New World Development), saw it as a way to fuse everyday consumption with culture and sustainability, and he assembled a small army of 100 collaborating creatives to help him achieve that vision. “Ten years ago, we set out on an ambitious project to transform the Tsim Sha Tsui promenade into an arts and culture precinct, and K11 MUSEA is the final, most important piece of the puzzle,” says Cheng. He continues, “Our vision is to reinvigorate the district together with 100 creative powers hailing from different disciplines and cultures, to make K11 MUSEA the ‘Silicon Valley of Culture’ and inject art, architecture, design, sustainability and all forms of culture into the new consumer’s daily life. K11 MUSEA is conceived as a space that inspires global millennials, and facilitates a broader discussion on the interconnectedness of creativity, culture and innovation.” Says Bryant Lu, Vice-Chairman of RLP, “Not only will this [development] transform the Hong Kong skyline, but it will provide much-needed high-quality public spaces and a culturally enriching destination for the community.”

The architecture was inspired by nature and the surrounding cityscape. The fluid facade of Portuguese limestone is stepped in to form a hill of green terraces facing Kowloon and Victoria Harbour. 50,000 square feet of green walls, designed by PLandscape, create a contrast with the stone.

The main entry features a specially designed pattern inspired by the days of the Silk Road. Beside it, a 2,000-square-foot sunken plaza offers a street-level setting for performing arts, cinema and music, with amphitheatre-style seating. It is lined with interactive lighting and water features. Other outdoor areas include the Nature Discovery Park, which, says K11, is the city’s first urban biodiversity museum and sustainability-themed education park. It was designed by LAAB and Plandscape and incorporates rare and exotic butterfly-attracting plants and an outdoor aquarium. The area will host sustainability-themed workshops. The Bohemian Garden, designed by JCFO, occupies the levels 6 and 7 rooftops and offers alfresco dining spaces, cascading water terraces, a chef’s garden and an oval lawn (where gala dinners or outdoor cinema screenings can be held). The soul of the development is the a grand atrium space dubbed the Opera Theatre, which features fluid contours clad with hand-painted, hand-stamped aluminium panels created by local craftspeople and LAAB. A stainless-steel sculpture surrounding the escalators was also designed by LAAB, and resembles a sprawling root system.

Hovering at the apex of the Opera Theatre is the sunlight-filtering Oculus – embedded with over 1,800 programmable spotlights. The installation, designed by Speirs + Major, transforms the atrium into what K11 describes as “a galaxy lit by pulsing stars.”

Beneath the Oculus, The Gold Ball (also designed by Speirs + Major) is a spherical chamber for events and exhibitions. Nearby, a chandelier designed and made by Lasvit, named Victoria, references the site’s heritage as a transportation hub. An annex zone called Muse Edition, where a MoMA Design Store is located (the first in Greater China and the largest in Asia, with interior design by EDGE Design), features a preserved waffle ceiling from the 1970s – modernised by Speirs + Major. The waffle ceiling was first built by the Intercontinental Hotel as part of the New World Centre.

The lighting design includes mouth-blown fixtures that resemble lighthouses. Underfoot, a floor of cement and shell terrazzo pays tribute to the nautical connections of the area. Around 1910, the site was known as Holt’s Wharf. RLP’s ongoing work at the Victoria Dockside has seen the firm apply its ‘Innovation and Design Unit’ BEHAVE not only to K11 MUSEA but also Avenue of the Stars (with JCFO) and K11 ARTUS (with KPF and PLandscape). BEHAVE was used to focus on bioclimatic design possibilities to mitigate the urban heat island effect. A series of visual corridors, wind tunnels and urban windows were introduced at Victoria Dockside to maximise natural ventilation across the site. K11 MUSEA has been awarded LEED Gold and BEAM Plus Gold Standard. As well as fuelling the input of multiple designers and architects, the ‘maison’ concept applied at K11 MUSEA sees more than 40 artworks by local and international artists featured in the development. The specially commissioned installations and a rotating collection of artworks create what K11 describes as one of the city’s largest showcases of public art. Among the featured artists are Elmgreen & Dragset, Erwin Wurm, Katharina Grosse, Adrian Wong and Zhang Enli.

Rem Koolhaas and David Gianotten of OMA designed KUBE – a cube-shaped coffee kiosk with an anodised finish. Cubical stone chairs flank the kiosk, and above it, a 45-foot-wide, 13-foot-tall floating balloon will be hoisted to create a ‘city canopy’ during major K11 MUSEA events. In line with Cheng’s vision of creating “a muse by the sea,” free tours are being hosted by K11 MUSEA. These focus on the development’s art, architecture and furniture. Additionally, a ‘green’ tour is offered for a fee. Advance registration is required for all tours via the K11 MUSEA website, app. Self-service kiosks and ‘Koncierge’.