Design for fine dining is its own art form at Yi

Like carefully sourced ingredients, a thoughtfully composed restaurant interior complements a chef’s creative vision. Such is the case at Yi by Jereme Leung, the first Chinese restaurant housed within the premises of the newly restored Raffles Hotel Singapore. Conceptualised to take diners on a contemporary culinary exploration through provincial cooking, Yi – meaning ‘art’ in Chinese – delights beyond the tastebuds. Aedas Interiors opted for a strong design narrative to convey family roots and values.

After entering the heritage doors of the 594-square-metre restaurant, diners are greeted by an otherworldly floral tunnel composed of 1,000 handcrafted forms in mixed media, including PVC fabric, Yupo paper, ceramic and lighting projections. Titled Pale Garden, the installation – conceived in collaboration with Toronto-based art studio Moss & Lam – is an interpretation of a Chinese secret garden. It is an instant mood-lifter, seemingly reminding diners to leave their troubles behind. 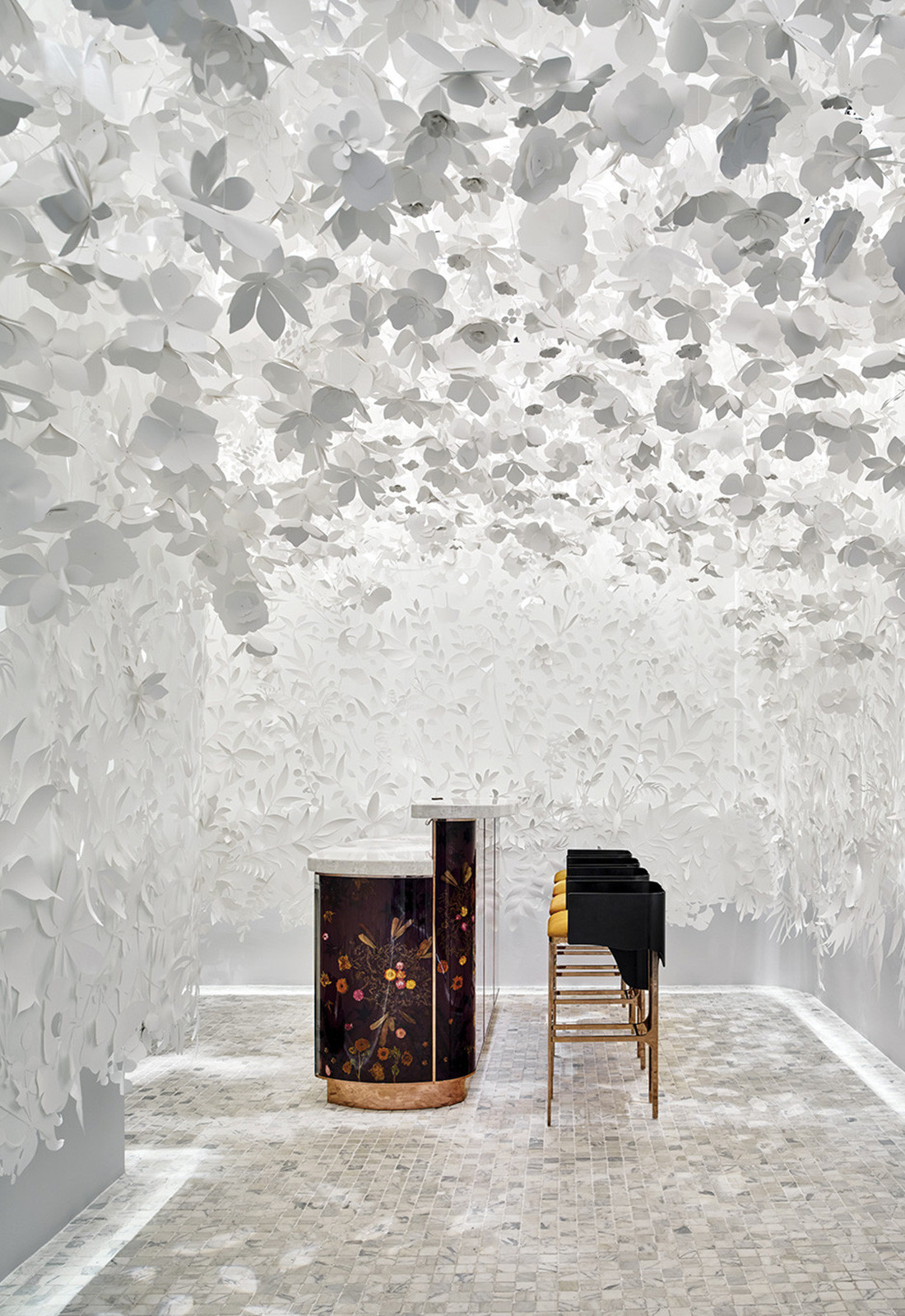 Lead interior designer Ji An tells us it’s not beauty for beauty’s sake. A deeper story is at play. “[Chef Leung] talks about ingredients a lot – where they come from and how they are made,” she explains. Perceiving the notion of origins as a source of inspiration, the team researched the Chinese creation mythology of Pangu, the first living being and maker of heaven and earth. “We went back to the tale of how the world was created. It represents chef’s cuisine and alludes to how this building, Raffles Hotel, is a heritage building for the country,” she adds. Aedas also worked as part of a team (with Studio Lapis and Champalimaud Design) on the wider hotel restoration completed last year.

It’s not beauty for beauty’s sake. A deeper story is at play.

Like Easter eggs waiting to be discovered, elements from the Pangu legend guide design details: spot a phoenix nestled in the Pale Garden or bespoke egg-shaped chandeliers hanging from gold-leaf domes inspired by Pangu’s birthplace. “If you have a strong base, you can always go back to [it] and create something original rather than something people have seen before,” says An. At Yi, tradition enriches the dining experience without descending to the purely ornate. In the main dining hall of the 111-seater restaurant, white plaster ceiling sculptures depict the sky while concealing neutral lighting fixtures. Representing the earth, raw materials such as stone, timber and metal inlays ground the overall palette of the restaurant. Furniture embedded with dried flowers; glass screens bearing botanical motifs; and modern Chinoiserie wall fabrics celebrate the beauty of nature, harmonising sky and earth, as if at one with the Raffles Hotel’s iconic landscape.

Aedas Interiors custom designed all the furniture, most of which was locally made, granting the designers control in crafting pieces of generous proportions for optimum comfort, keeping in mind that diners typically spend one-to-two hours in the restaurant. Ample space between tables ensures breathing room and sufficient privacy between strangers. In view of dining patterns, small group seating and booths take the place of the large round tables typically seen in Chinese restaurants. Instead, the round tables were placed strategically in the semi-private and private rooms. An believes that while food is extremely important, a strong visual identity can entice people to visit a restaurant, therefore contributing to the revenue. “Because of social media, people really care about where they are and what they are looking at,” she says. When questioned about the difficulty of creating memorable experiences in an increasingly competitive landscape, An says she welcomes the challenge. “You are given opportunities to do something different because people want something different,” she adds. Apart from nourishing their bodies at Yi, diners are invited to contemplate traditions and the longstanding history of Chinese cuisine.

Tuning the theatrics of hospitality 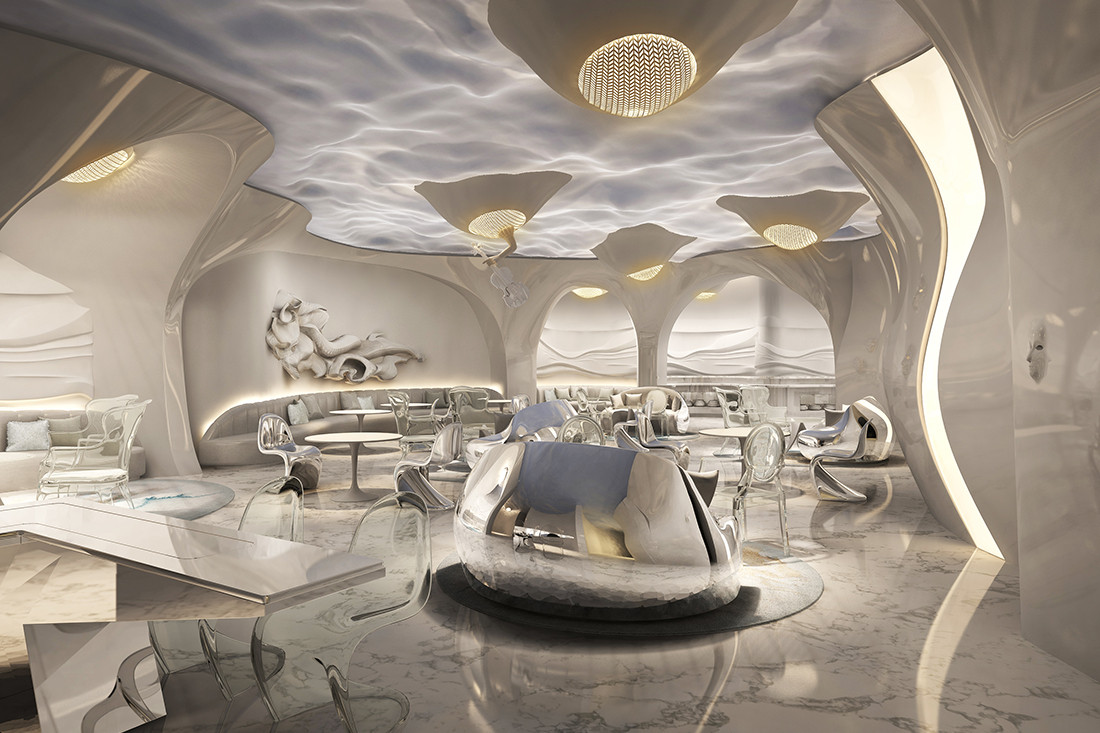