Referencing the New York roots of St Regis, as well as the iconography of Hong Kong, André Fu creates luxurious interiors for this anticipated hotel.

One of the most celebrated of Hong Kong’s new generation of designers, André Fu (founder of AFSO), has completed what is perhaps his most ambitious project yet – the interiors for a landmark hotel in the city’s legendary (and bustling) Wan Chai district. Fu’s St Regis interior evokes the hotel brand’s origins in turn-of-the-century US opulence as well as some of Hong Kong’s traditional, but perhaps lesser known, design icons. 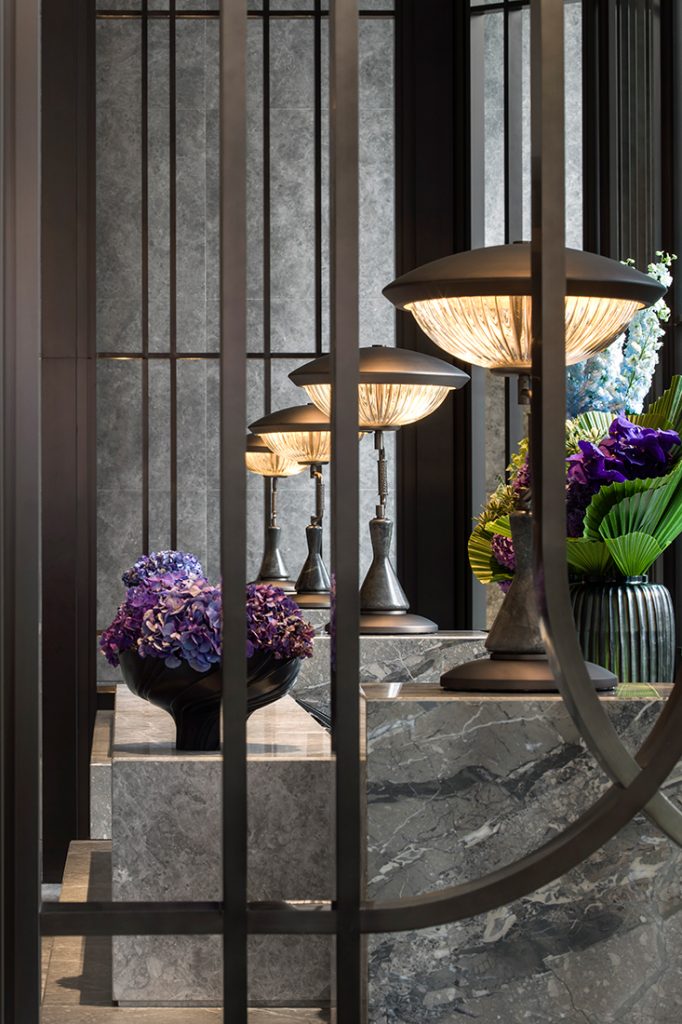 Fu began the interior design process for the 27-storey tower by looking at the first St Regis built in New York by John Jacob Astor IV in 1904. But he brought the hotel into twenty-first century Hong Kong by delving into his personal childhood memories of Wan Chai – the traditional pawnshops, the old police station and the Bauhaus-style market.

“I wanted to go deeper than the stereotypical concept of lanterns, junks and temples and tap into my own memories of the city.”

Guests step off the busy Wan Chai streets into an aesthetic reminiscent of a luxurious private Manhattan mansion. The 580-square-meter port cochere has stone-clad walls more than eight meters high. Ornate lanterns and sconces were inspired by the nineteenth-century gas lamps of old Hong Kong. Oversized bronze panelled doors and a majestic indoor waterfall add to the opulence. 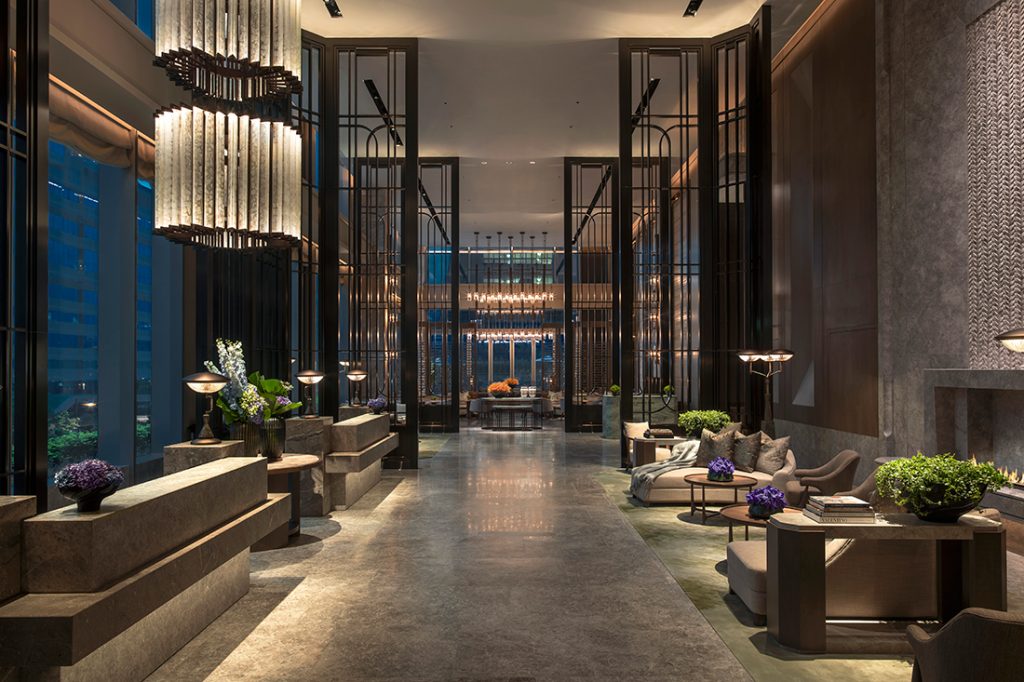 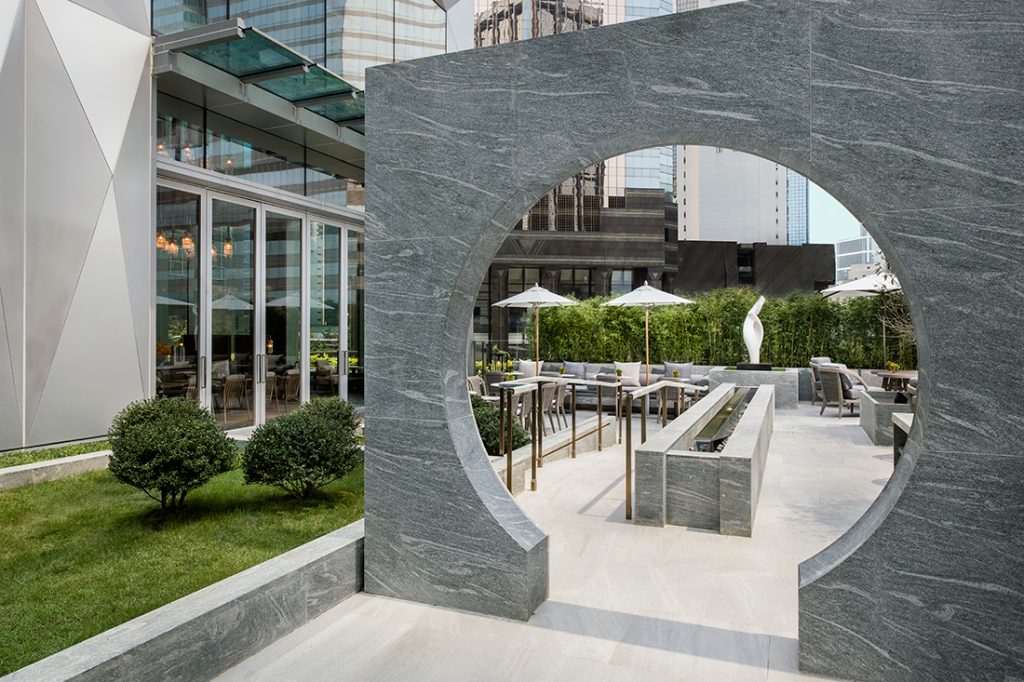 Outside, the terrace incorporates a 2.5-meter traditional moon gate. Here, chairs and tables from Fu’s Rock Garden collection for Janus et Cie establish a feeling of peaceful respite. Inside, the St Regis Bar evokes New York with rich tweeds, brass, bronze, oak and leather. A hand-painted mural by Beijing artist Zhang Gong celebrates some of Hong Kong’s icons. Upstairs, the hotel’s 129 guest rooms are decked out in chalky white, mineral grey, taupe and mauve. In some of the rooms, Fu adds a shock of colour with orange-lacquered doors. 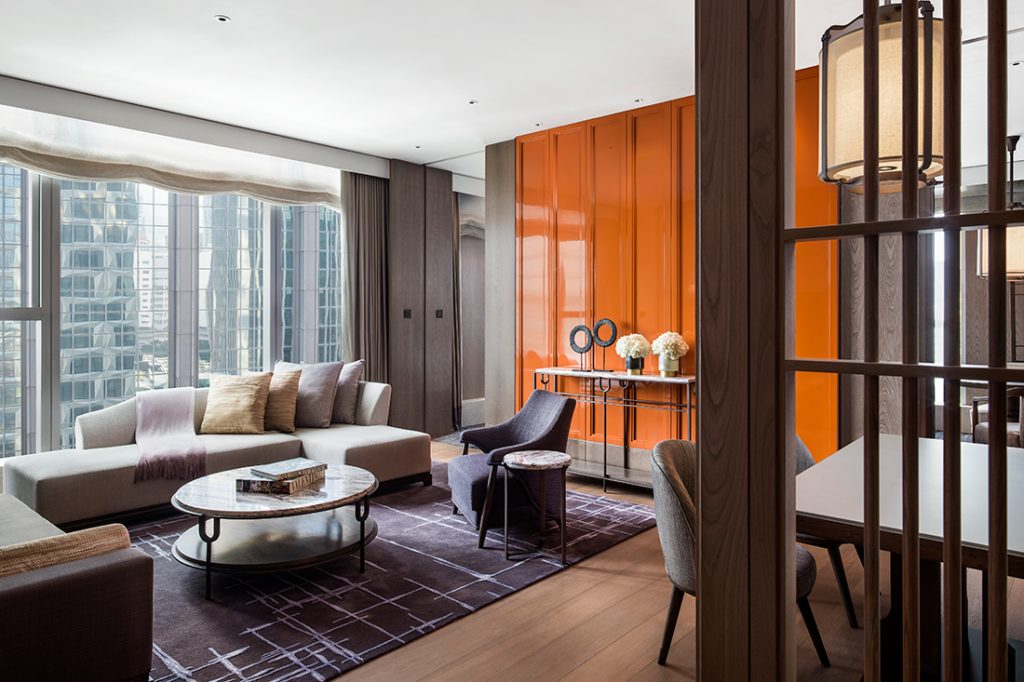 One of the best examples of Fu’s homage to New York while playing off the locality is the hotel’s lighting. The designer juxtaposes Hong Kong’s famous glittering skyline and neon signboards with dim, sultry lighting. Fu is ‘unafraid of the mystery of shadows’. He refracts light through layered fabric and coloured glass shades. Cut glass pendants in steel allude to traditional Hong Kong gas street lighting while sconces and table lamps in bronze and marble evoke twentieth-century New York. 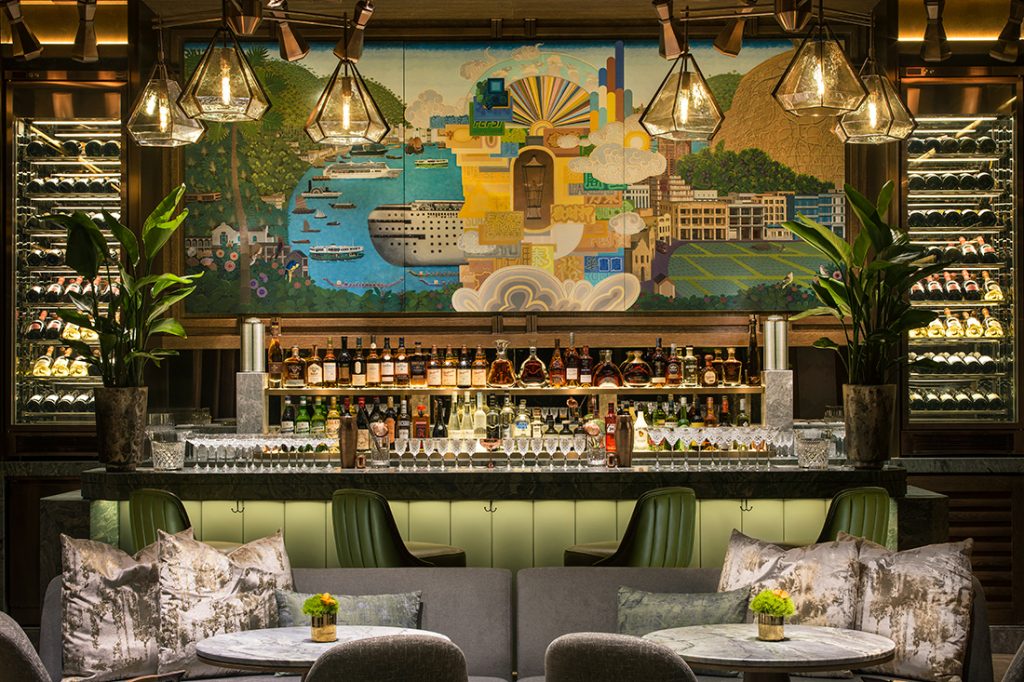