From The INDE Shortlist: Cloister House By Formwerkz Architects And S H MOK 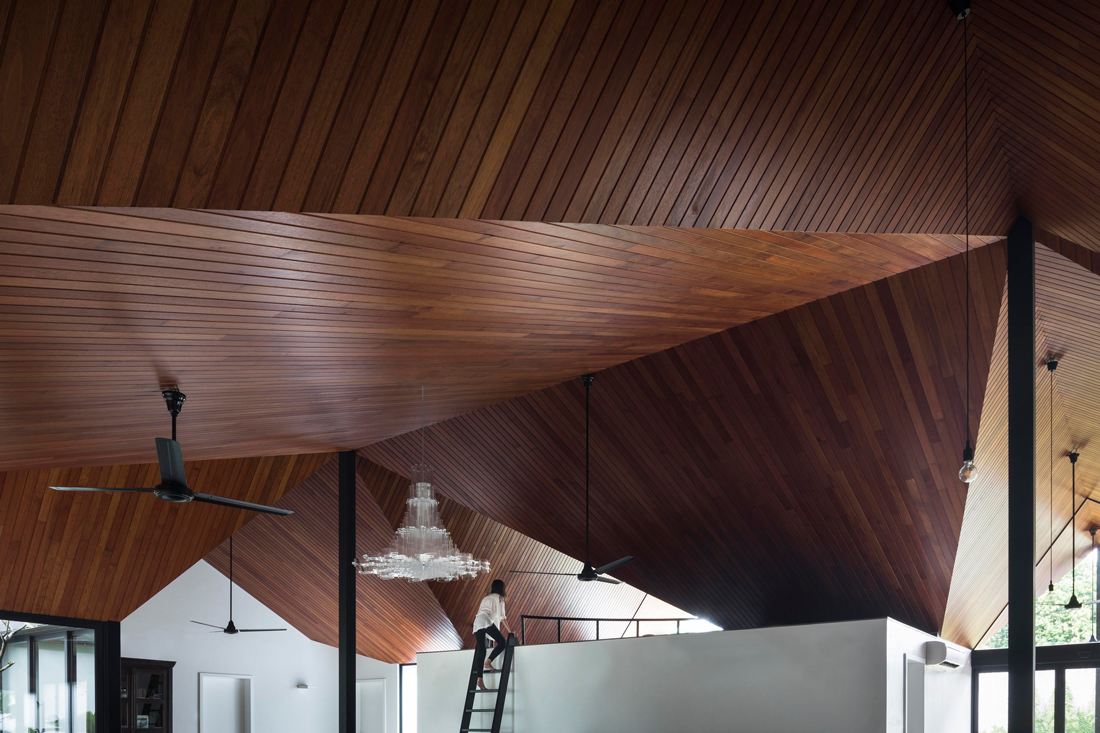 The courtyard is a sensible spatial response to the client who requests a communal family lifestyle but also privacy and security. In the case of this large house in Johor Bahru, Singapore-based studio Formwerkz Architects worked with Malaysian S H MOK Architect to use courtyards as well as cloisters to create spaces with the capacity to be used in many ways. 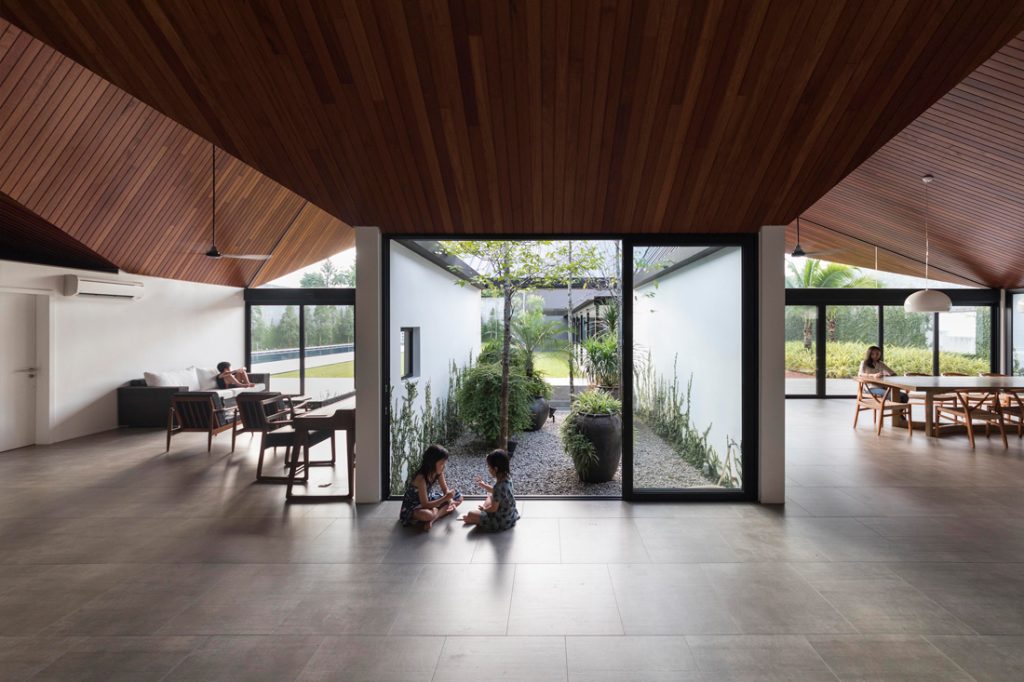 The clients are regular entertainers so they also needed generous spaces for hosting events of various scales. Formwerkz drew inspiration from the traditional Chinese courtyard house but looked for ways to adapt that typology to the tropical context. 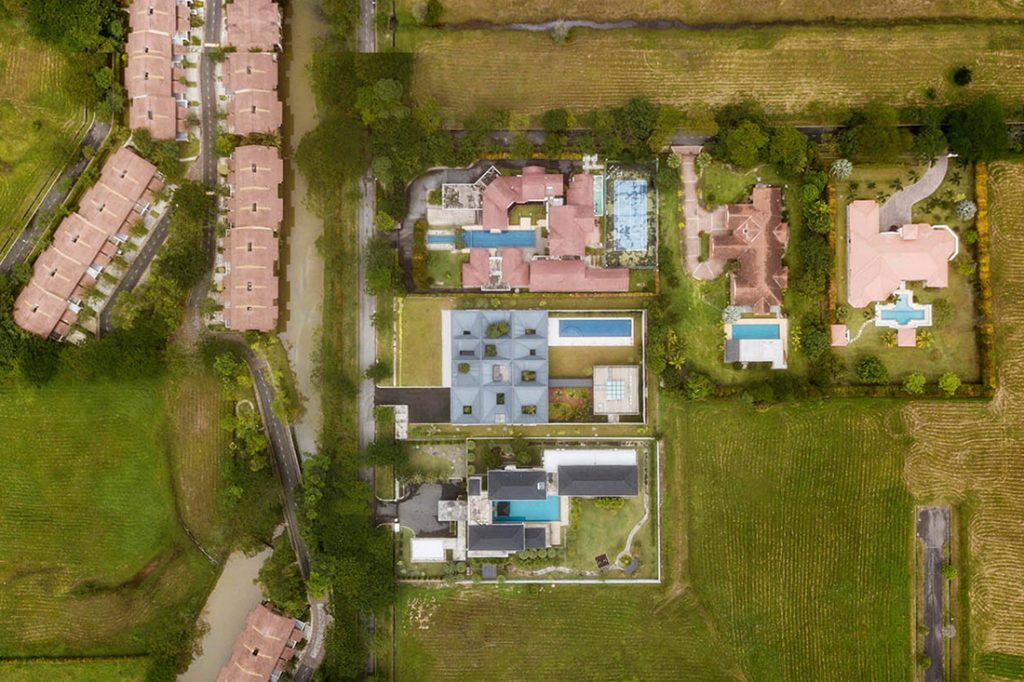 The starting point was the raising of five-metre-high walls around the 45,000-square-foot site, which created a safe environment in which kids can play without too much adult supervision. The house was sited toward the street end of the site, which left space for a large rear garden, pool and annex block. The family’s bedrooms are relegated to the annex block, and as such the main house is given over entirely to living and entertainment. 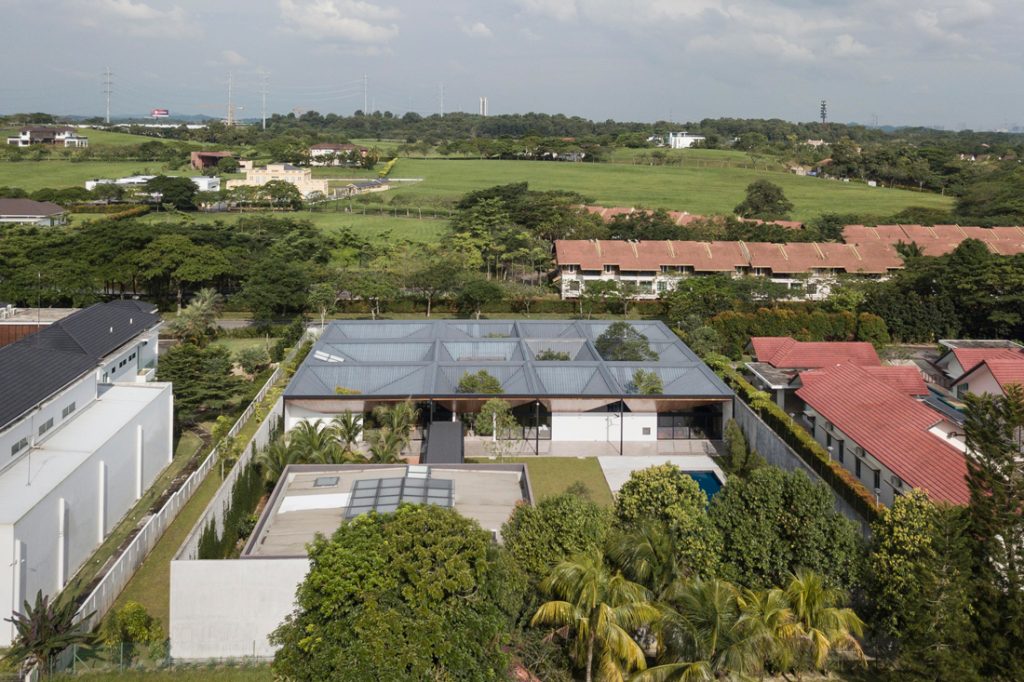 The main house is divided with a grid into a series of volumes, each topped by an inverse pitched roof and punctuated by a courtyard. The piercing of the deep plan with the courtyard openings was crucial for the delivery of light and ventilation into every part of the house. 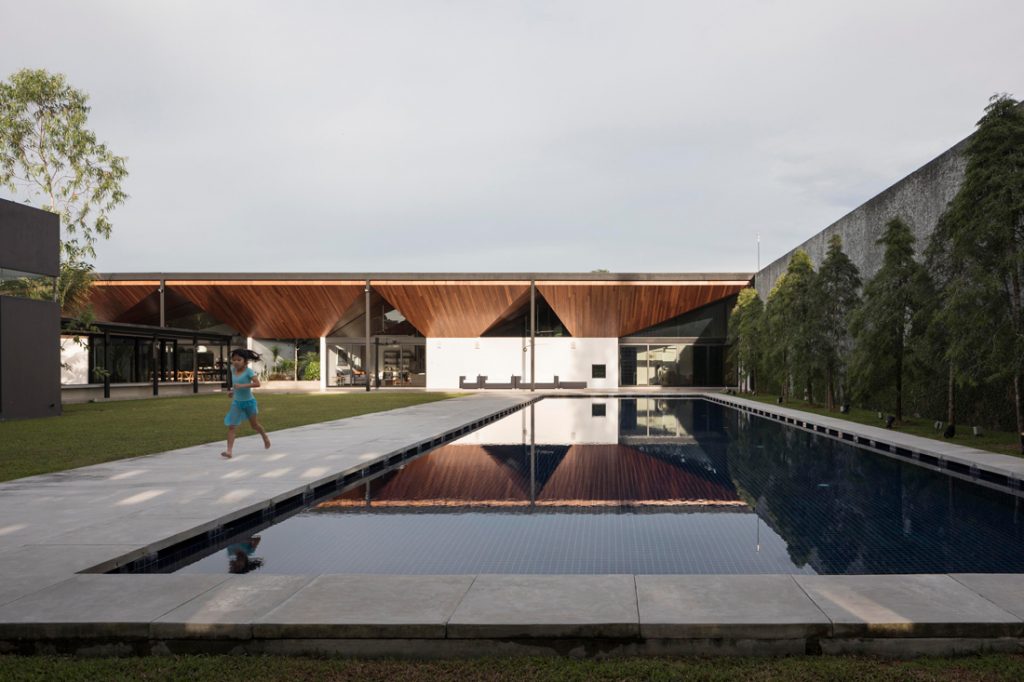 Each courtyard has a different treatment; some contain a ponds and gravel gardens, others are screened off with sliding glass panels, or bricked up to serve as an entertainment room. 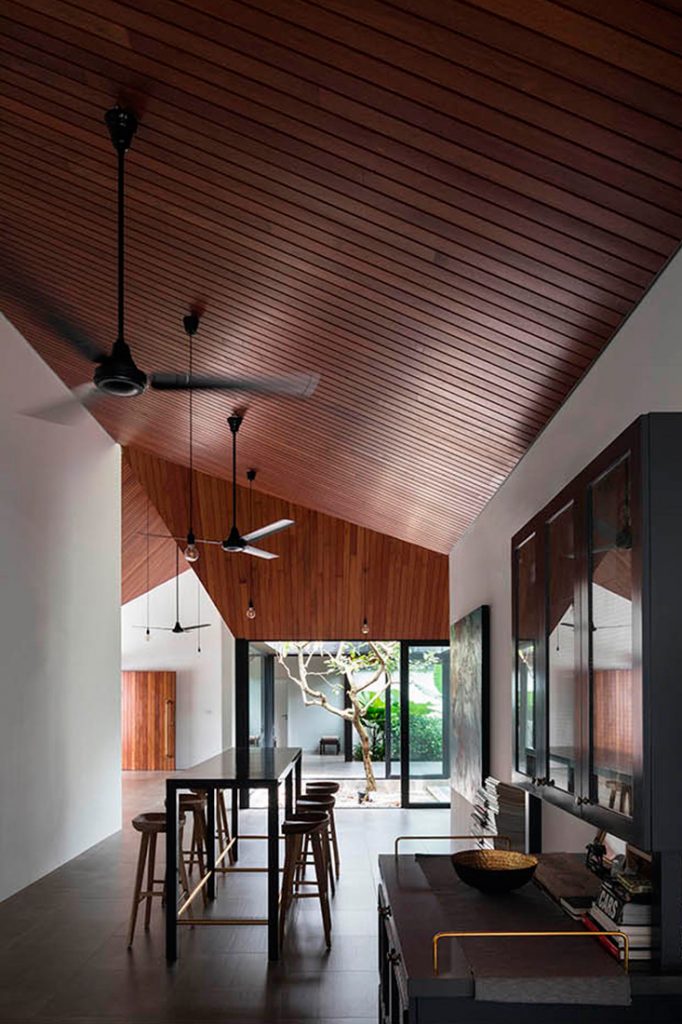 The living spaces cluster around the courtyards as cloisters rather than as strictly definable rooms, with furniture placed with a degree of sensitivity to the sun’s daily path. Communal living and entertaining can thus play out organically, wherever space is most conducive to need, beneath an impressive timber ceiling terrain. 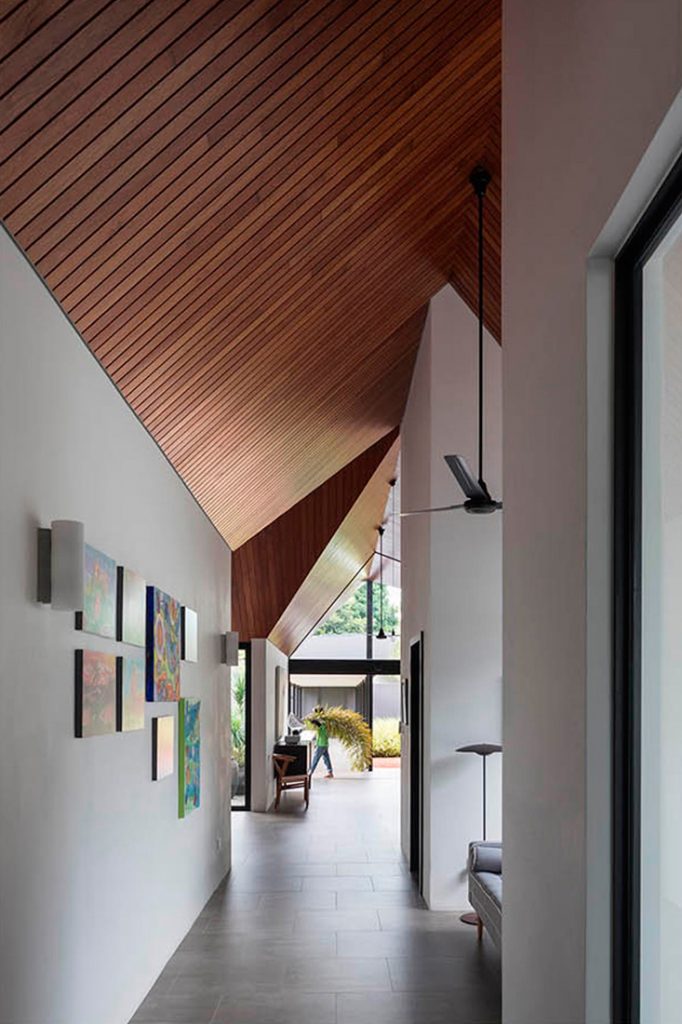 Explains Alan Tay, a Partner at Formwerkz Architects, “The pitched roof, a cornerstone element of the tropical architecture, is inverted and expressed as a key architectural ceiling feature in the house. The roof slopes toward the courtyards in a reverse pitch fashion, giving rise to a series of undulating timber ceiling ridges.” 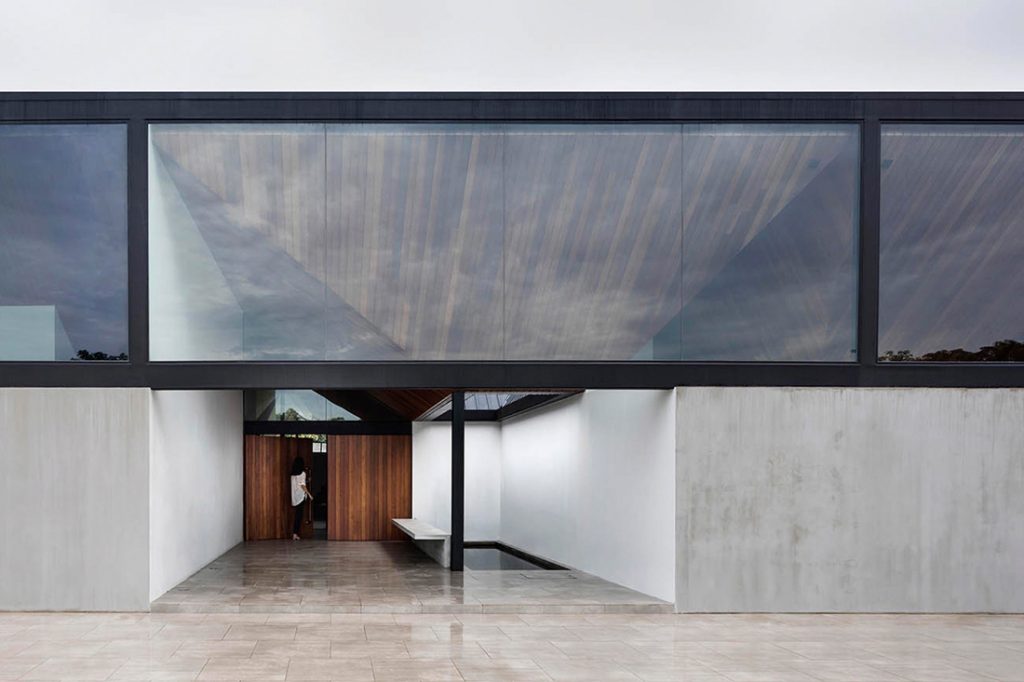 “At nightfall,” says Tay, “one catches a glimpse of the glow of the light internally, as it washes over the undulating timber ceiling ridges, revealing the intricacy within.” 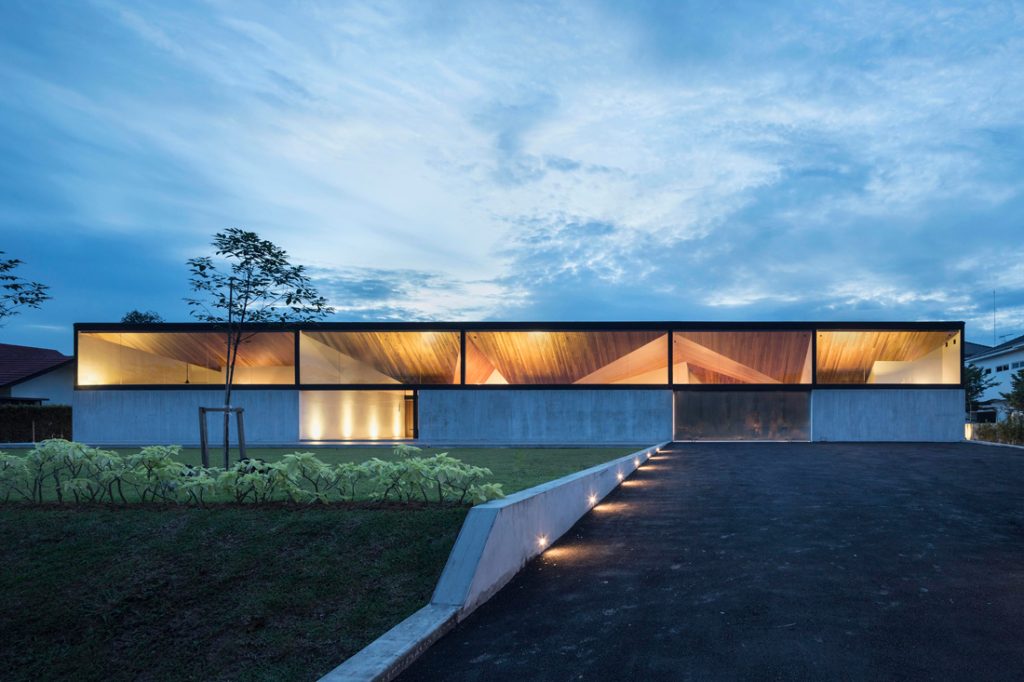