From The INDE Shortlist: Bank Of Thailand Learning Centre By Creative Crews

Balancing old and new at the Bank of Thailand Learning Centre, Thai design studio Creative Crews opens up a restricted state-owned site and turning it into a much-needed public space.

To the world, the Chao Phraya riverbanks in Thailand are synonymous with gilded, beautifully preserved temples and palaces. But did you know that they are also a treasure trove of old buildings that showcase Thailand’s architectural history?

“Currently there are many underutilized and vacant state-owned properties along the river bank. These could be renovated and repurposed to suit today’s needs,” say Thai design practice Creative Crews.

Some of the more pressing needs are the lack of interest to rejuvenate old, defunct state-owned buildings, the lack of public spaces and the under-utilised riverfront, which, barring a few areas populated by temples, are relegated only for circulation. 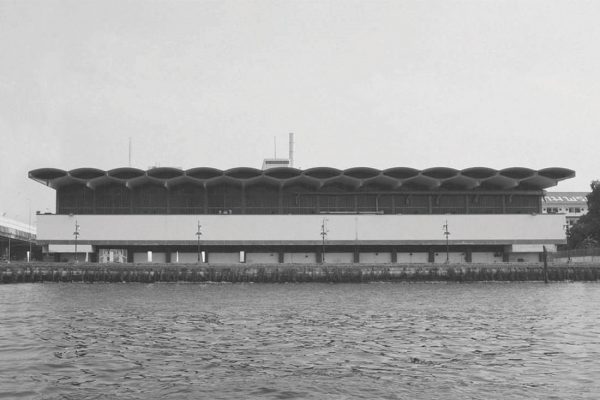 The Bank of Thailand Learning Centre, designed by Creative Crews and completed last year, addresses these needs by opening up a previously restricted, state-owned property for the public. The building is located inside a larger Bank of Thailand complex, which hosts a collection of historical buildings ranging from 19th-century mansion Bangkhunprom Palace to Rama VIII Bridge, the country’s first cable suspension bridge.

Creative Crews’ design concept emerged as the winner of a design competition to transform Bank of Thailand’s defunct mint into a lively learning centre with economic and cultural value.

“The old mint is an excellent specimen of Thai design and construction technology from the period 1960-1970,” share Creative Crews, “[but] Unlike traditional Thai architecture such as temples and palaces, other forms of architecture with historical value are generally ignored and not preserved.” 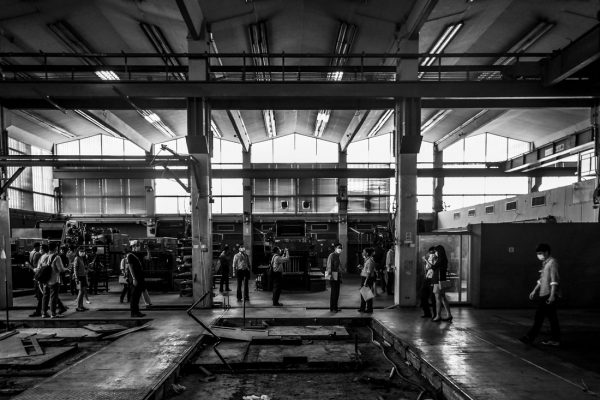 The original building was opaque, with only clerestory windows providing a visual connection to the outdoors. Its most iconic feature was its wide-space convex cast concrete room, which showcases the prowess of Thai architecture and engineering capabilities of the time. 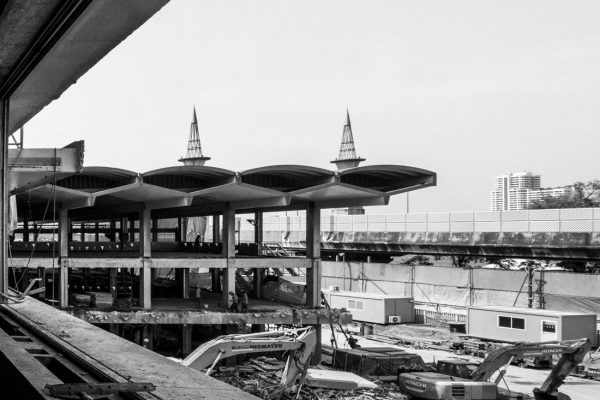 Creative Crews’ design celebrates this achievement while opening up the building by replacing solid walls with glazed facade while retaining its iconic roof. 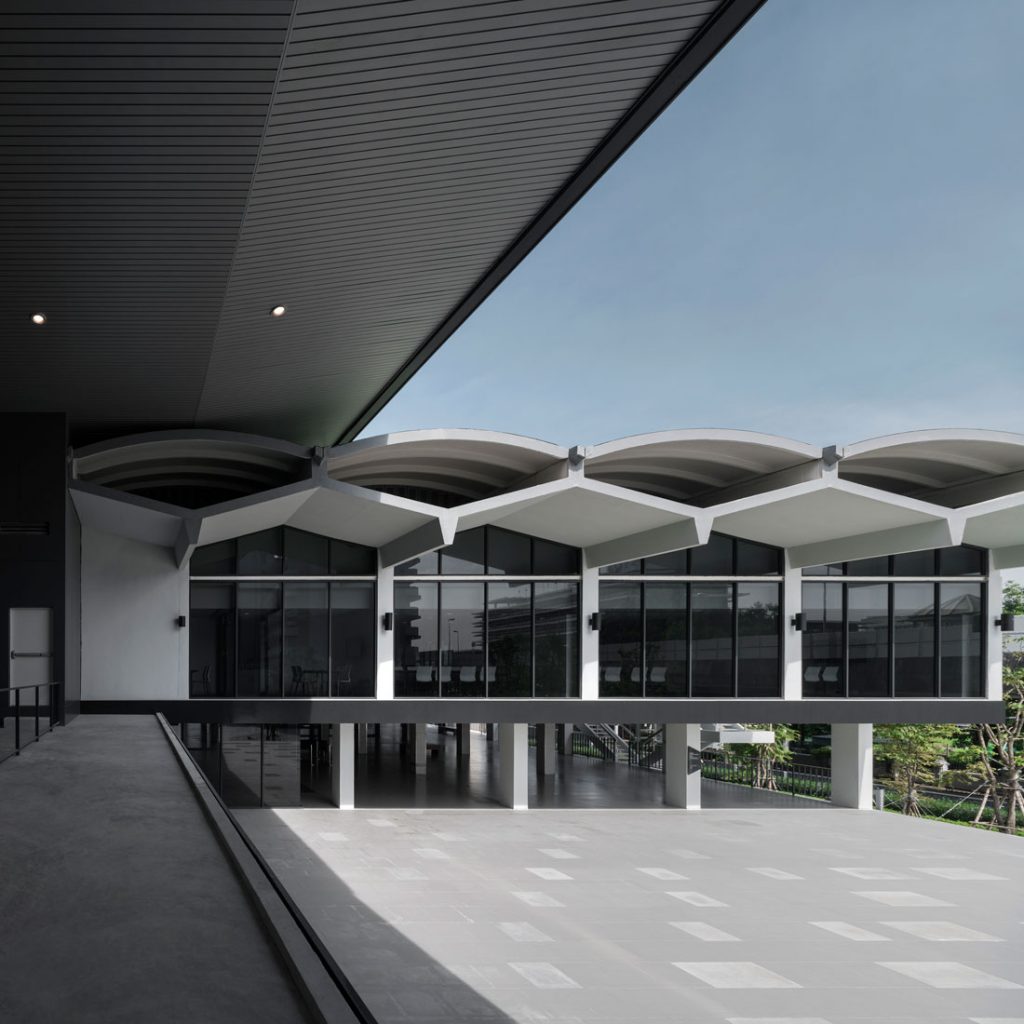 Visitors are allowed to access the innermost room at the former mint, the strong room, which is now a part of the new museum where they can learn about Bank of Thailand’s history and its role in  Thailand’s economy. 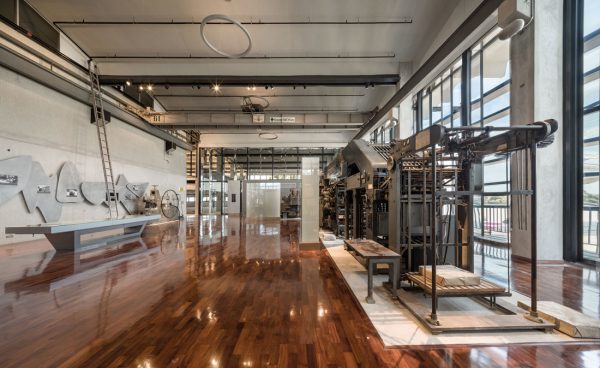 Much of the existing site was kept intact while others, like a clerical building adjacent to the site access road, were demolished to create more public space that knit the previously restricted complex to the urban fabric of Bangkok. 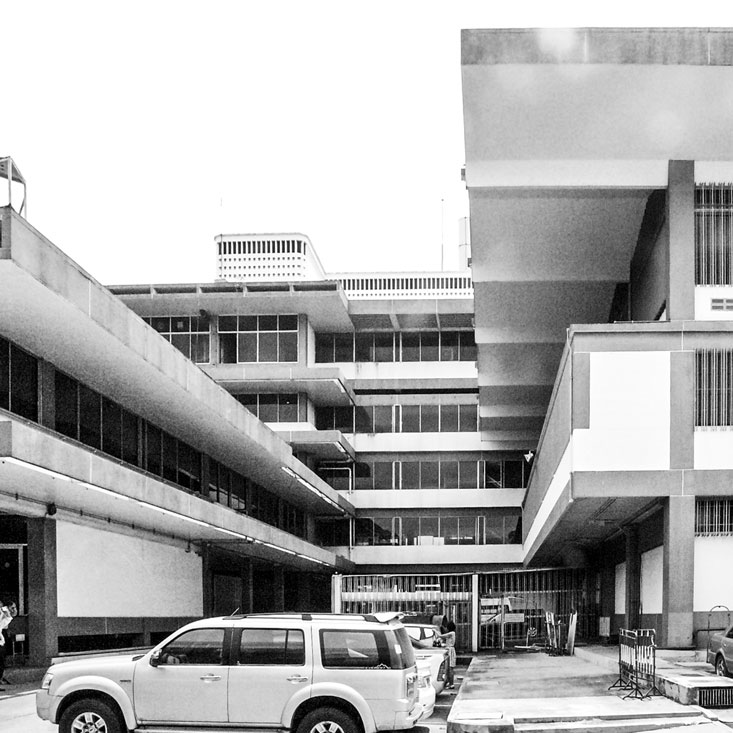 The Learning Centre’s transparent facade and large verandah are connected to the riverfront via a generous landscaped area with large steps where visitors and spend their time admiring the view of the river. 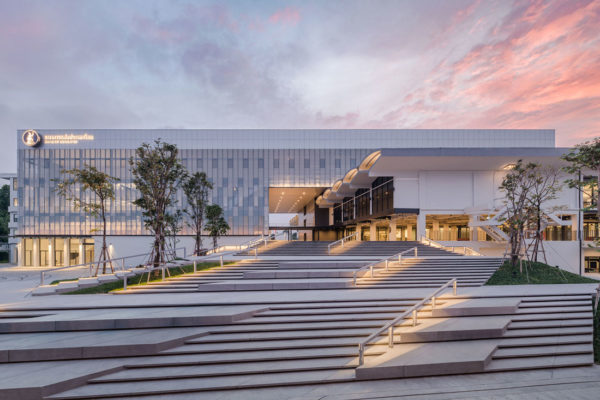 The public space offered by the design exceeded that that was required of the competition brief, creating a magnificent and inviting arrival sequence.

The building has a balanced mix between paid and free access to sustain its daily operation. A glass box ballroom is added while its iconic convex roof is preserved. Existing materials like mosaic tiles and aluminium column finished were retained and restored while airconditioning is restricted to the library, conference room and the museum area. 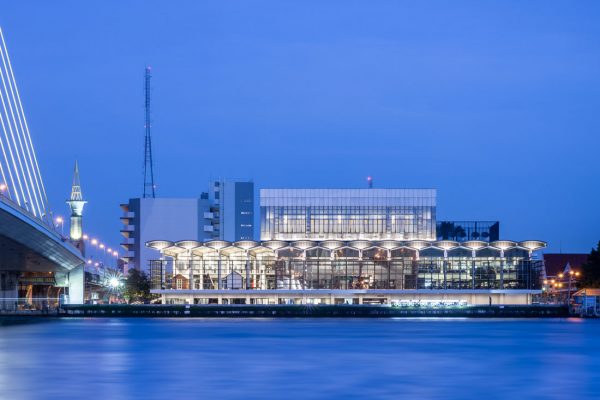 Explain the Crews, “The completed building celebrates the distinctive original structure and clearly distinguishes new additions from existing via a different language.”

Thai old buildings that are not tourist destinations in the traditional sense, which used to be considered as more expensive and time-consuming to renovate compared to demolishing and building from scratch.

The project shows how the hidden cultural capital of those old buildings, in the hand of the right designer, can be developed into a thriving national monument that is much more cost effective and sustainable in the long run.