Has storytelling in hospitality environments ever been more potent? HASSELL’s skill at narrating and crafting engaging hospitality experiences is impeccably demonstrated in their latest bar project, Idlewild.

Idlewild Bar brings a refreshingly transformational spirit to a small corner of the InterContinental Singapore. There, narrative and its bedfellows emotional engagement and immersion are critical components of a rich and romantic space that lures guests into a captivating story. 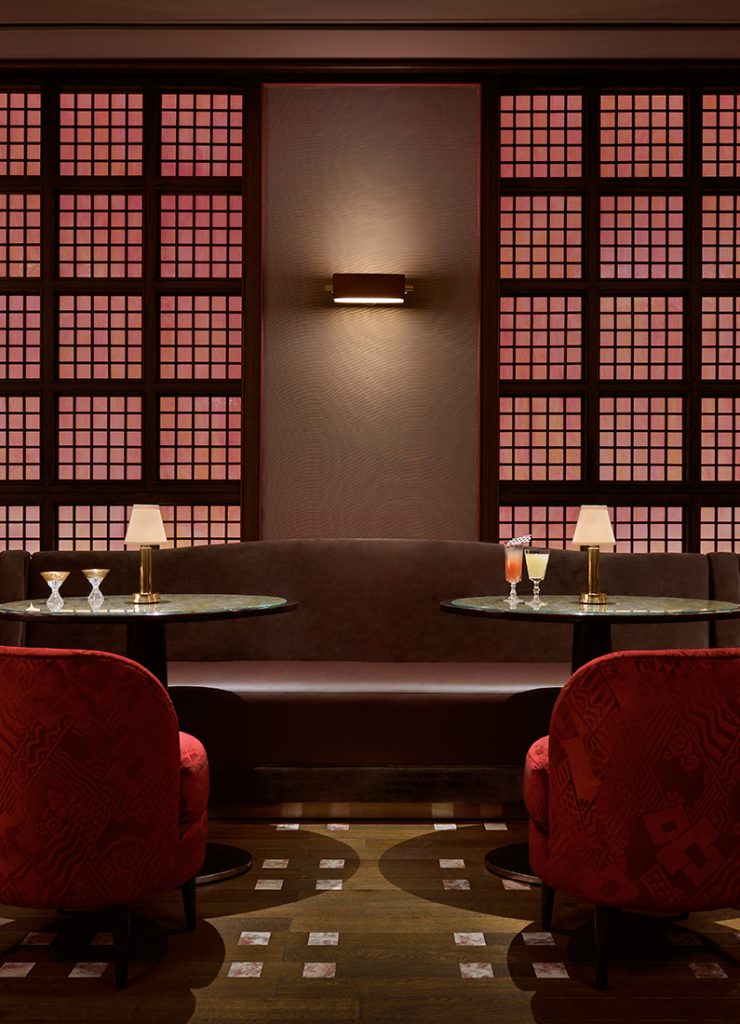 “Welcome gentlemen, I’m Albert, what will you have?”

“Hey I’m Ben, this is Peter. Is this place yours?”

“No the proprietor is definitely my wife,” he says proudly.

A sultry voice chimes in from behind, as an elegant woman in a cheongsam extends her hand.
“Welcome gentlemen, call me May.” 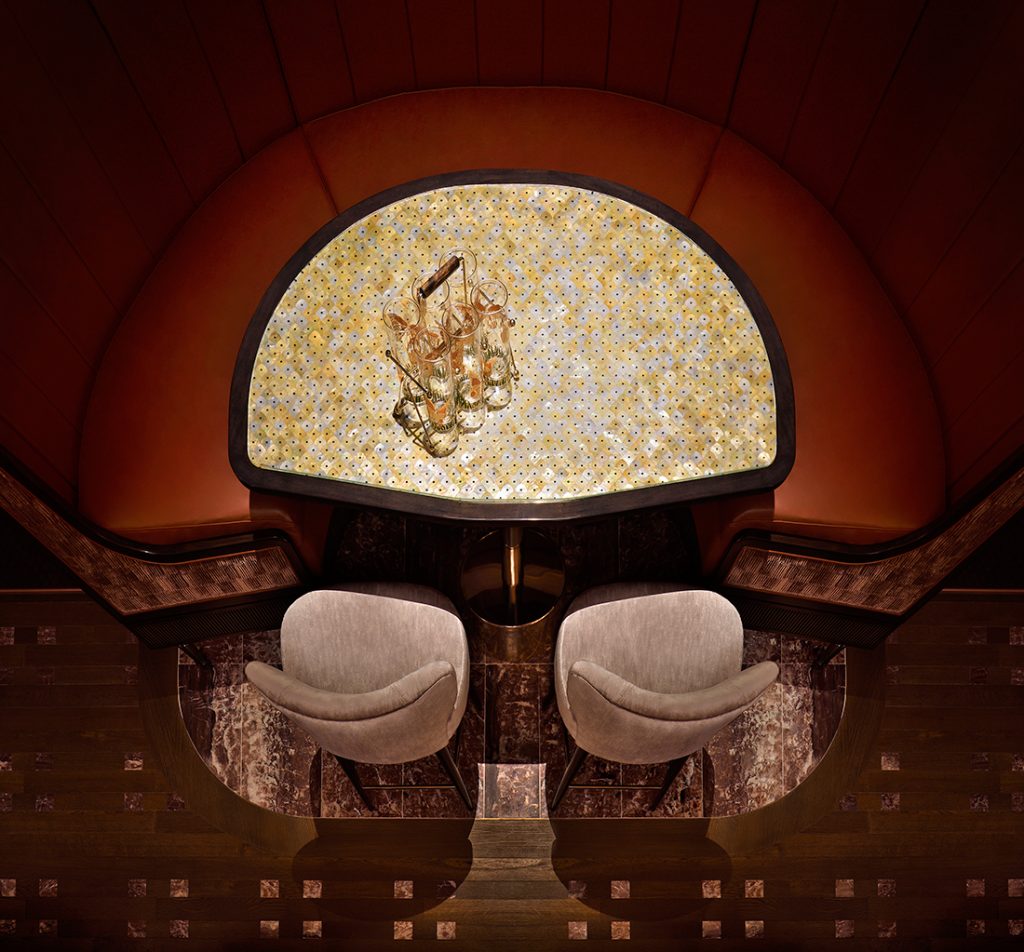 As the story goes, Albert moved from the US to Hong Kong in 1925 in search of adventure. An engineer by training, he found himself working as a producer in the film industry with Run Run Shaw and later Cathay in Singapore. May, a Cantonese beauty and actor, met Albert in 1930, moving to Singapore in 1935. Idlewild was a gift from him to her. 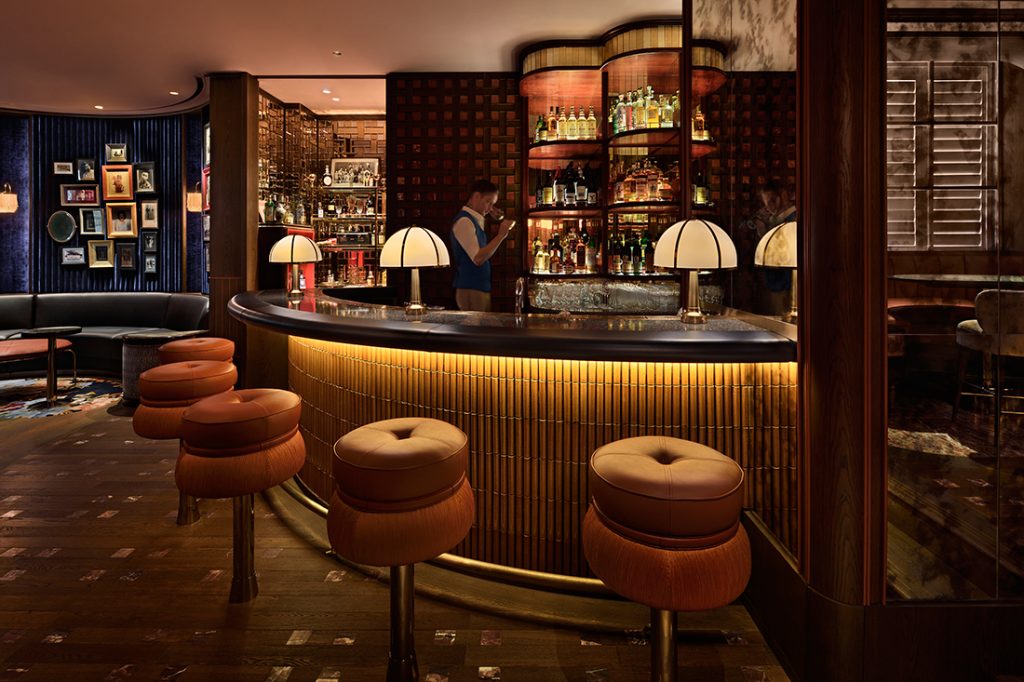 The bar was designed as a rich, immersive expression of their personalities and a timeless space that captures the energy and aspiration of the golden age of air travel. Idlewild was the original name of New York’s John F. Kennedy International Airport (renamed in 1963). The enticing lure of air travel in the era of the world’s first trans-Atlantic flight (the 1940s) became the frame through which the narrative of May and Albert plays out at Idlewild. 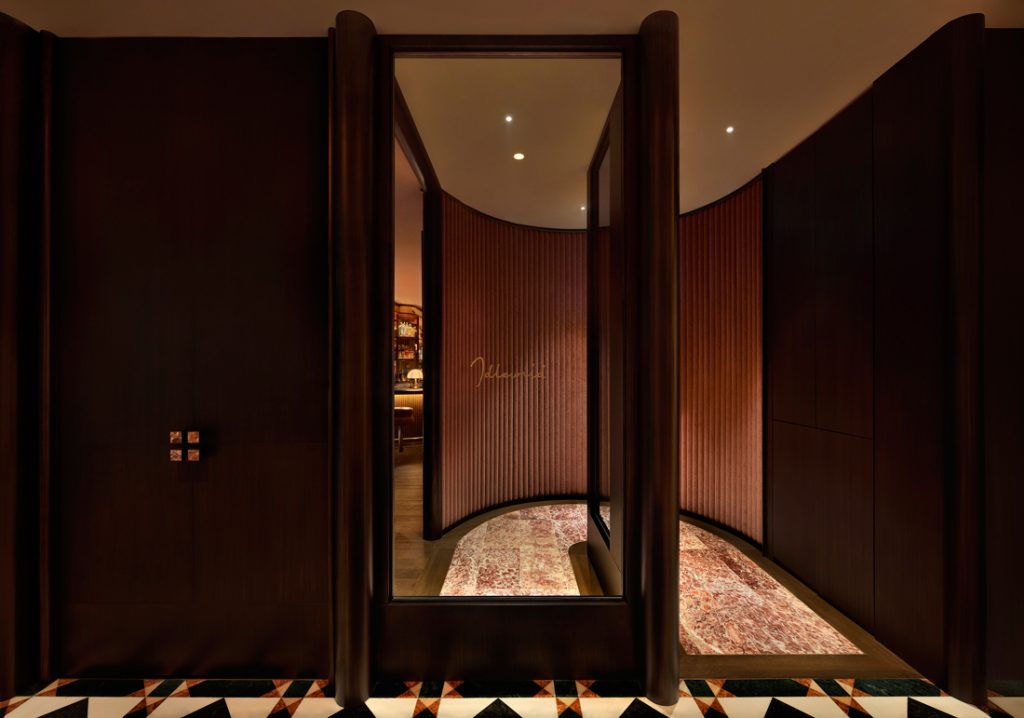 The entrance is a portal dressed in dusty pink velvet that curves back on itself to take guests on a journey from the hotel to the intimate parlour of May and Albert. Photographs of the fictional couple and travel memorabilia adorn rich blue walls, and an exotic selection of liquors and spirits from around the world in the cabinet of curiosities (which guests can try) sets the scene for an evening’s escape. 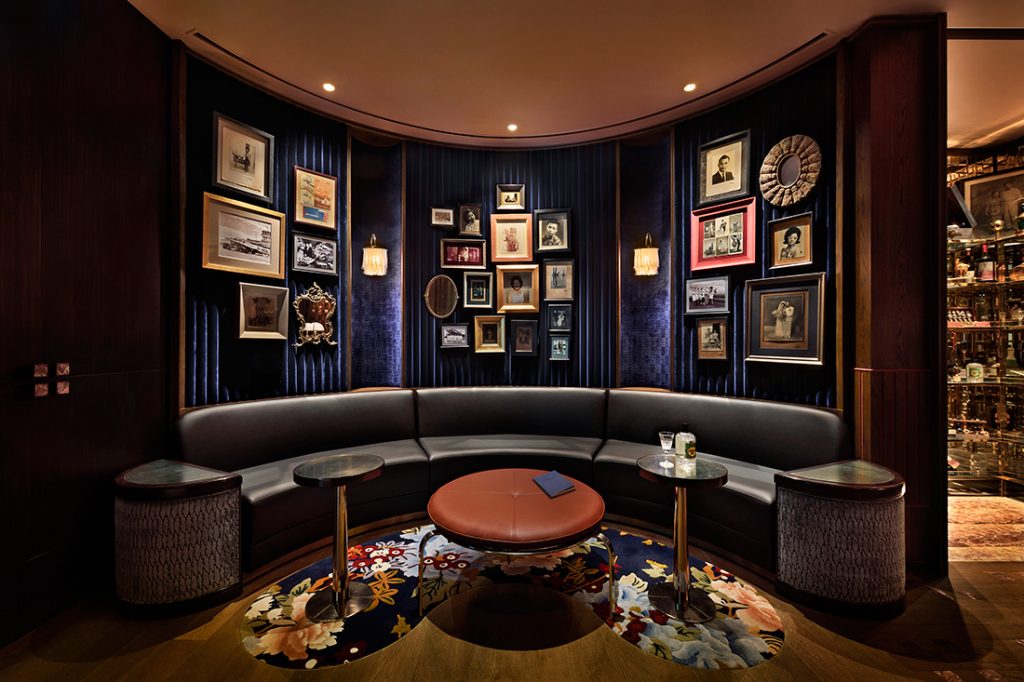 The split-level bar curves through the space and guides guests to the main salon, where elements such as smoky mirrors, hand-glazed tiles, booth seating in embossed velvet, and mother-of-pearl tabletop inlays create a rich and distinctively vintage character. 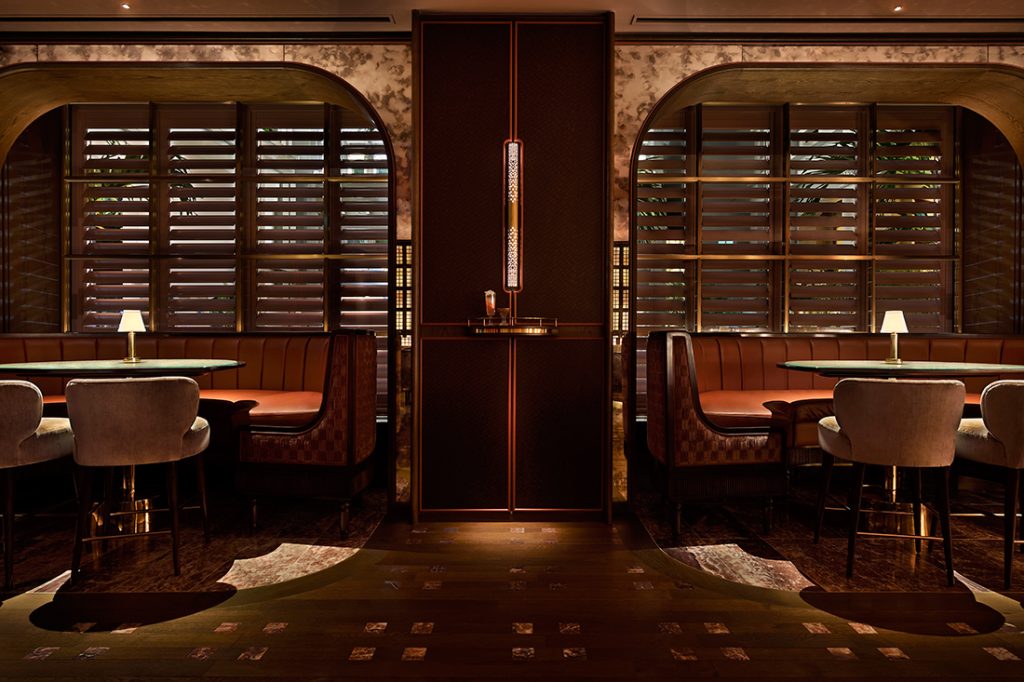 Key to the guest’s enjoyment of the narrative is the feeling of being removed from the reality outside. HASSELL smartly crafted bay windows with banquettes at the perimeter to deepen the sense of escape, with plantation louvres installed externally to the hotel lobby to create a dappled light effect. 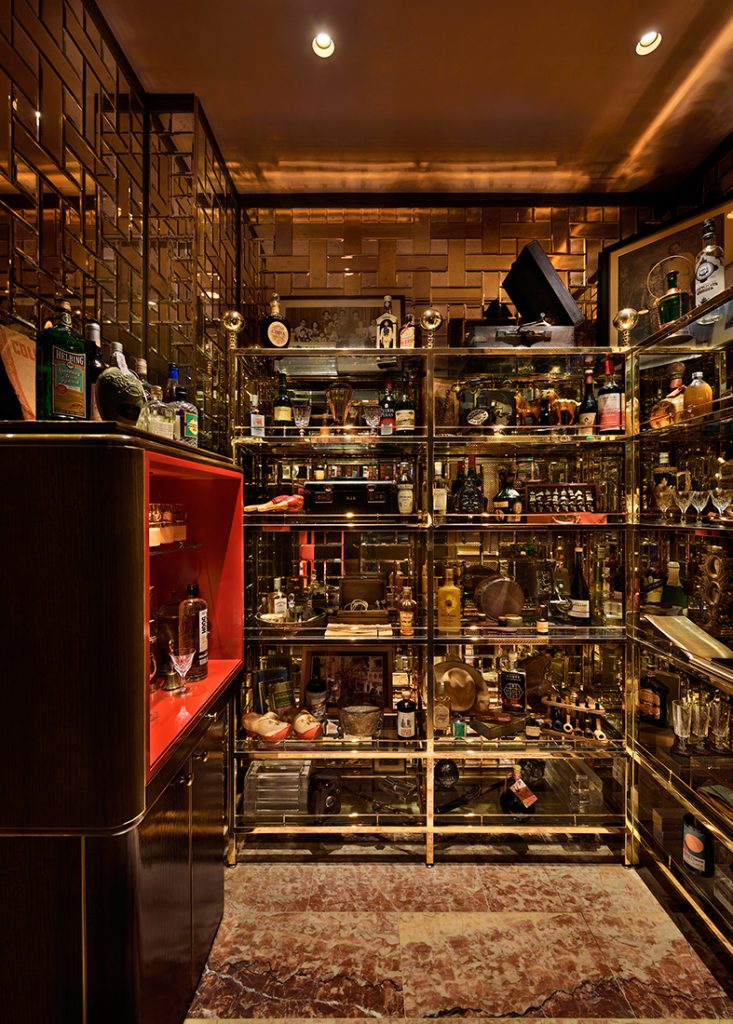