Renovate, Not Raze: The House Behind By Farm Architects

At The House Behind, Farm breathes new life into a humble semi-detached home with a new insertion and ingenious alterations.

In architecture, going down the route of tabula rasa is often much easier than dealing with the intricacies of renovation. Yet, the latter can also be interesting. There are so many ways to engage old and new, and the results could go either way of harmonious tension or dishevelled mishmash.

The House Behind by Farm Architects is a case in point. The clients – a couple living with three children and elderly parents – initially wanted to demolish and build from scratch. However, the architecture team convinced them that the house’s “good bones and character” had potential. 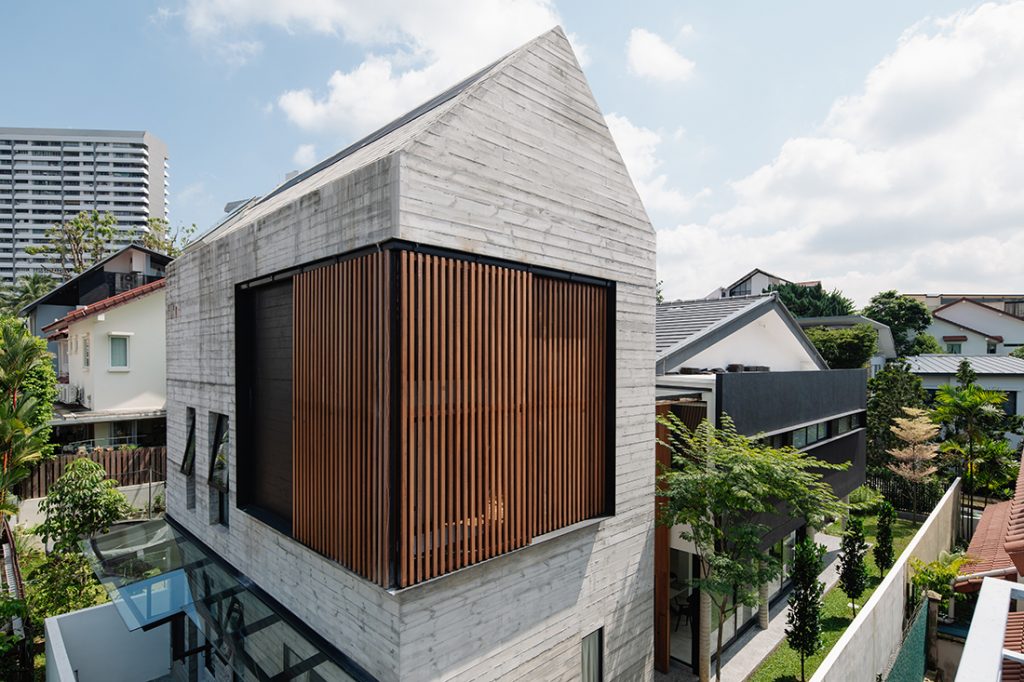 “The semi-detached house was one of those charming and unassuming early, modern tropical Singaporean houses with a simple reinforced concrete structure, horizontal ledges, pitched tiled roof, ventilation blocks and decorative metal grilles – a typology that is becoming increasingly hard to find nowadays,” says Peter Sim, a Director at Farm.

Many of these elements have been retained, but adjustments were made to cater to the clients’ spatial requirements. A new block was inserted behind the existing house, with a transitional space in between accommodating the kitchen. “We felt it was an opportunity to retain a little of its past while evolving and changing for its new occupants. In this way, the architecture could tell its own story of new and old, and be layered with time,” says Sim. 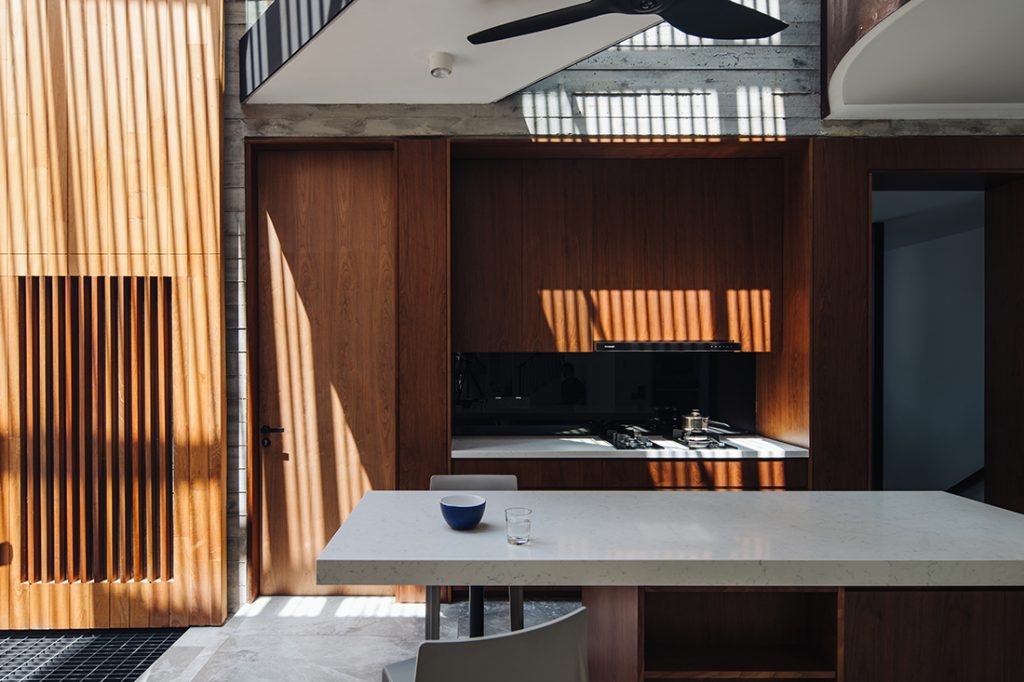 For more space, the second storey of the original block is “pulled out” like a drawer to one side. This creates a sheltered verandah space below, which leads to the new entrance. This architectural gesture, highlighted with black paint on the detached elevation, accentuates the horizontality of the front block.

In contrast, the rear block, being situated on a smaller site is stretched vertically by way of a steep, pitched roof, lofty spaces and the six-metre-tall timber door in the courtyard between. This engaging conversation continues in the materiality, where the existing house’s plaster-and-paint finish juxtaposes with the new extension’s board-form concrete exterior. 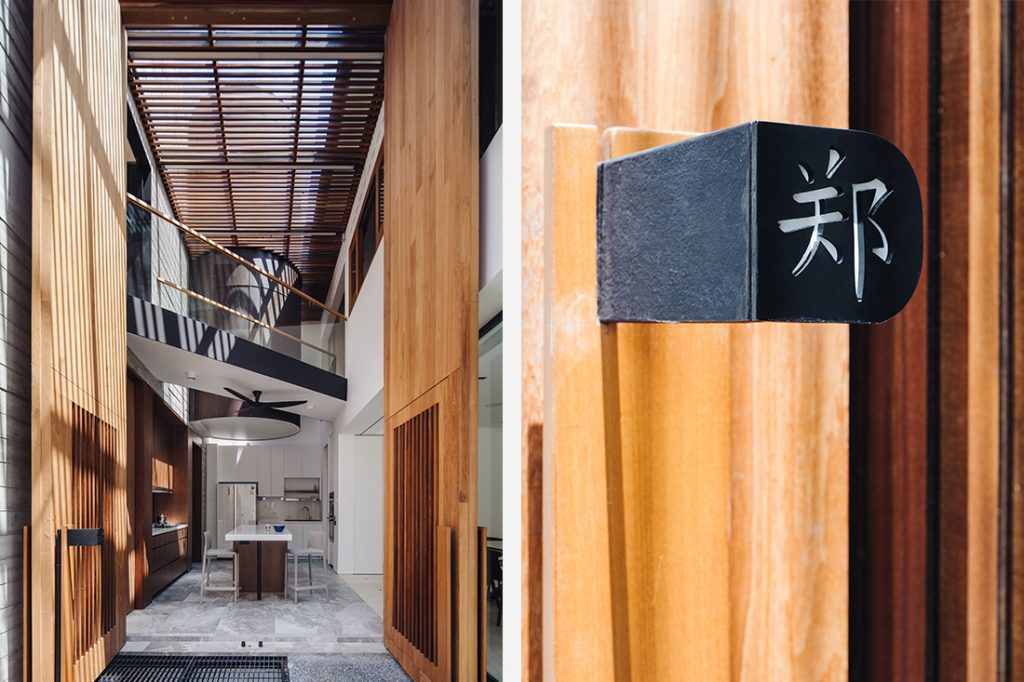 The latter contains a playroom and entertainment room in the basement, utility and bedroom on the first storey, and a master bedroom on the second storey with a mezzanine housing the study. A large corner window, shielded by mobile timber screens, allows in much light and breeze.

Natural ventilation and light also floods the house via the courtyard through the tall door and timber-trellis glass skylight. This space is an important conduit between the two blocks. “It is where old and new meets and one can view and contemplate the other,” says Cheung Yuting, a Senior Designer at Farm. 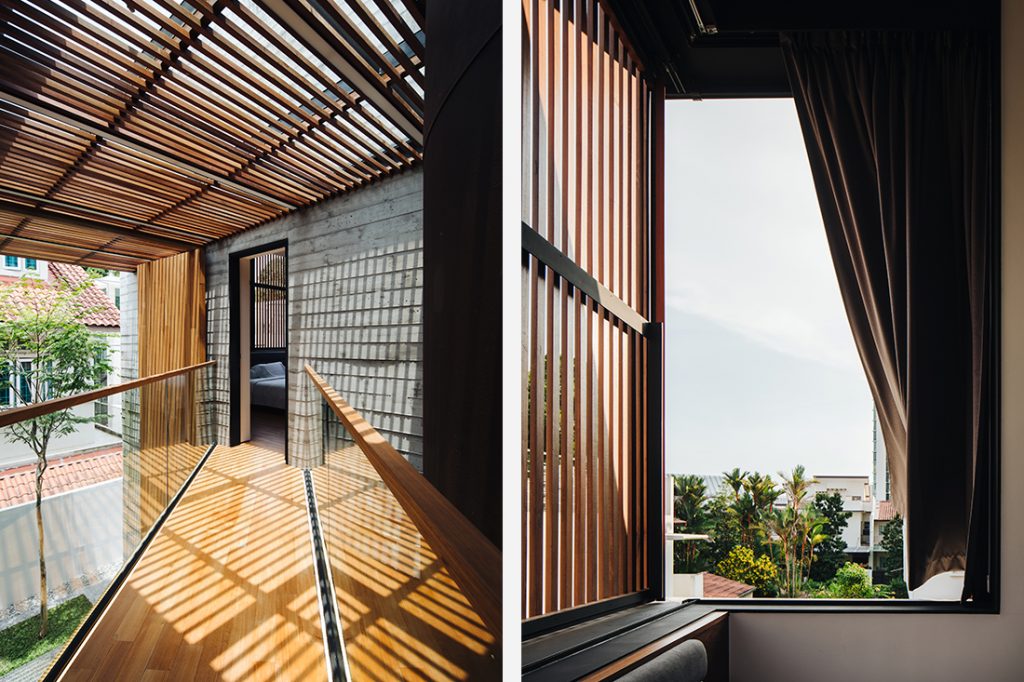 This concept of framing was adopted due to the proximity to the neighbours and lack of any significant distant views. “The framing of views becomes an important device in giving each space within the house a slightly different experience, and creates a sense of progression as one moves within the house,” says Sim.

And so, apertures facing the side garden enable enjoyment of nature alongside privacy; the basement rooms are enlivened with the view of a naturally lit pebble garden courtyard; a Bucida tree at the front garden becomes a centrepiece due to a strategically placed large fixed-glass panel at the second-storey front bedroom. 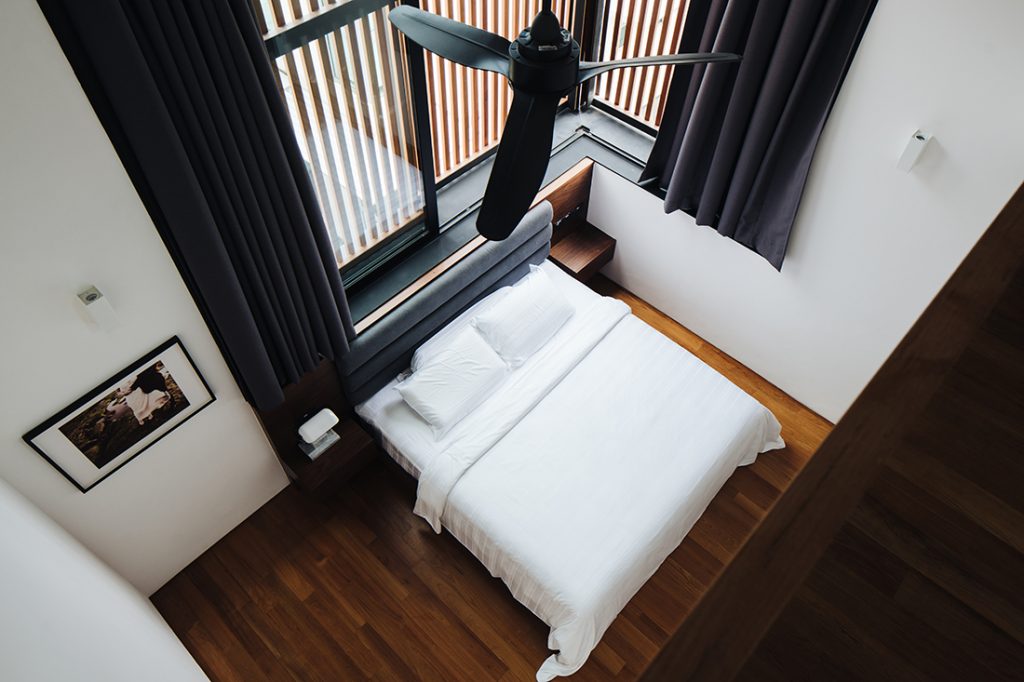 From the road, the house is simple and modest. Its many architectural surprises unravel only on the journey inward. History, when considered, offers many possibilities in the marriage between function and delight.