LAVA and ASPECT Studios have won a competition to redesign a 16-hectare park in the Vietnamese metropolis, with construction set to start next year. 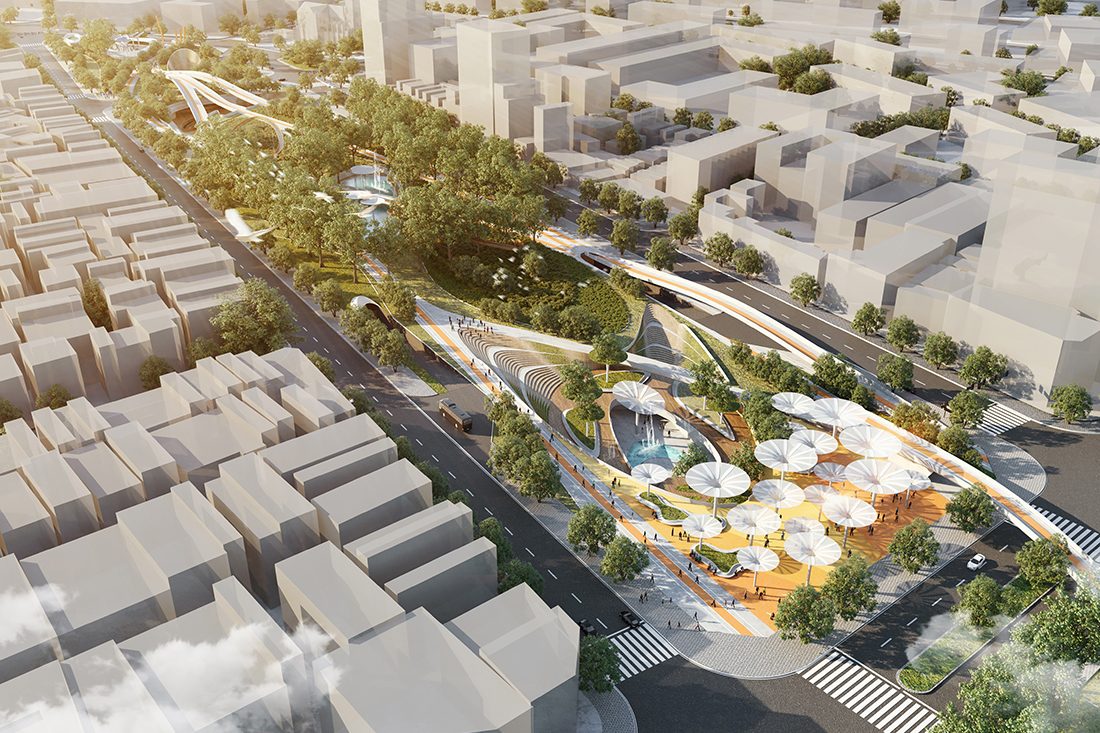 “The site has always been about transportation,” says Chris Bosse, Director of LAVA. “It was the first train station in South-East Asia, it’s currently a bus terminal and in the near future it will be Vietnam’s first metro station.” Curving avenues and pedestrian walkways inspired by railway lines will guide visitors through the park while harking back to the historical urban fabric of the area. The elevated highways sweep up to take in views of the contrasting foliage and cityscape before dropping down to connect visitors with sunken gardens, which will be used as outdoor amphitheatres for performances. The winding tracks will end in a dramatically twisting steel sculpture at one end – in homage to the area’s transport history – while futuristic lighting will ensure it is a day- and night-time location. Steven Buckle, Director of ASPECT Studios, says the design focuses on the “diversity of experiences needed to create a world-class central park.” He says: “The design is layered with a series of spaces, places and experiences. Benchmarked against other world-class parks, the result is a park for the future which respects its past and culture.” The designers have envisioned high-technology giant artificial trees to complement the existing foliage and boost the sustainability of the space. Large funnel-shaped water-purification trees will collect rainwater before processing and recycling it to be used for the park’s drinking fountains and for watering shrubs. “LAVA’s design transforms this urban oasis into an informal space with the emphasis on user experience and place-making whilst also meeting the twenty-first-century requirements of social and environmental sustainability,” says Bosse. He adds: “Renouncing the formal, unfriendly grid, our design is informal, multiuse, friendly, connected and continuous.”