For anyone who’s Korean vocabulary is not so astute, here are your three rudimentary words: han, meaning one; hansik, meaning Korean cuisine; and sikgoo, meaning family. And then, there is Hansik Goo: a new fine dining establishment in Hong Kong, all about enjoying Korean cuisine, together with family and friends — pardon the pun. 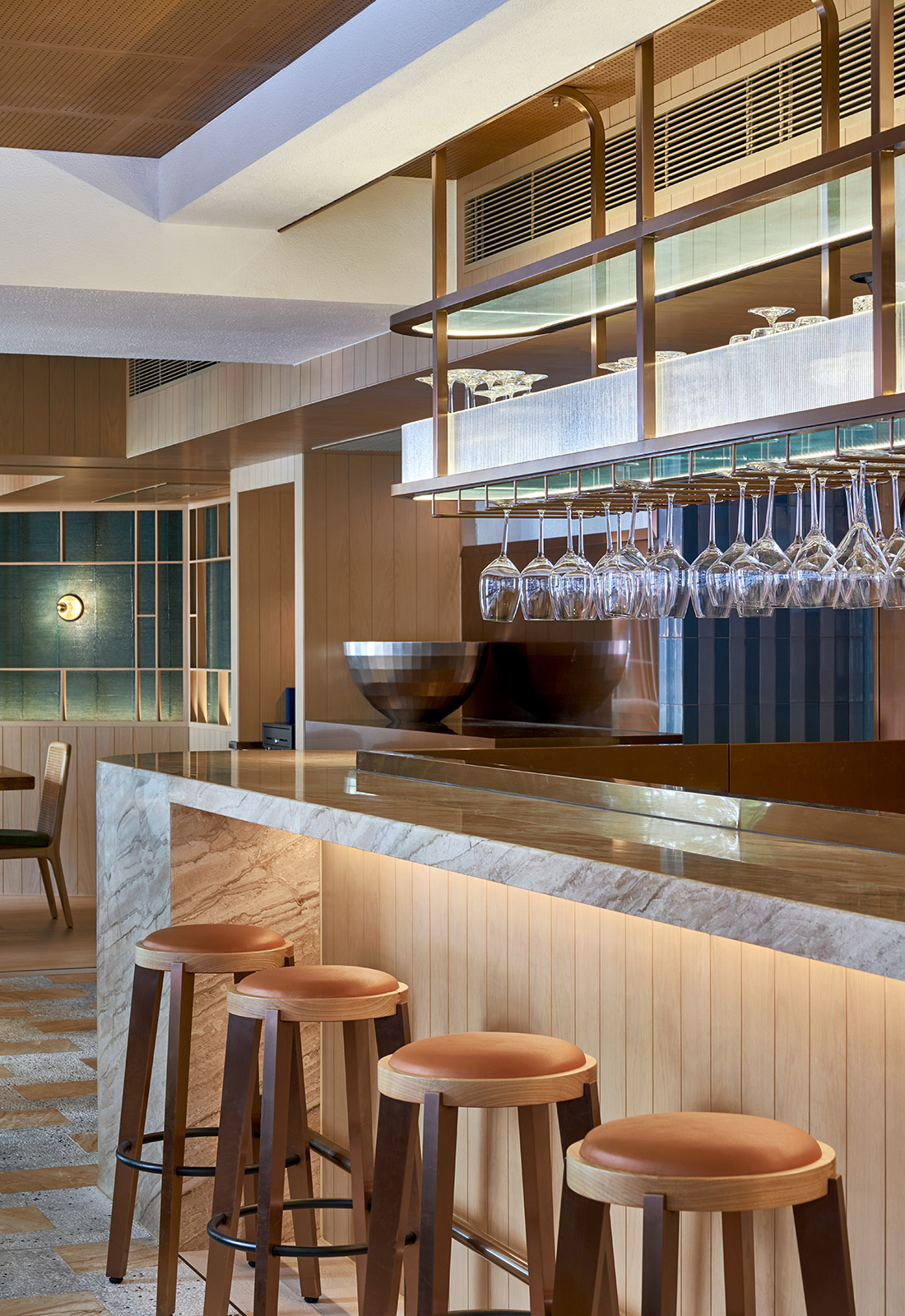 The 2,200-square-foot space is separated into three zones that, together, portray a narrative of Earth, Sky and Bounty. Beginning in the drinks bar, a.k.a. the Earth Zone, the material and colour story of Hansik Goo is initiated by a monolithic, neutral-toned marble countertop; vertical timber wall panelling of Korean birch; and accents of copper cladding.

The birch panelling becomes something of a main character throughout the restaurant — featuring paradoxically in the Sky Zone, as the low-hanging ceiling of the blue-hued main dining room and all-encompassingly in the Bounty Zone, as the cladding for the private room’s ceiling, floor, and all four sides. Juxtaposing the air of subtlety and groundedness granted to Hansik Goo through JJ Acuna’s use of natural, native timbers is the decadence of hand-crafted glazed ceramic tiles; sumptuous upholstery fabrics; and rich, forest green drapes. 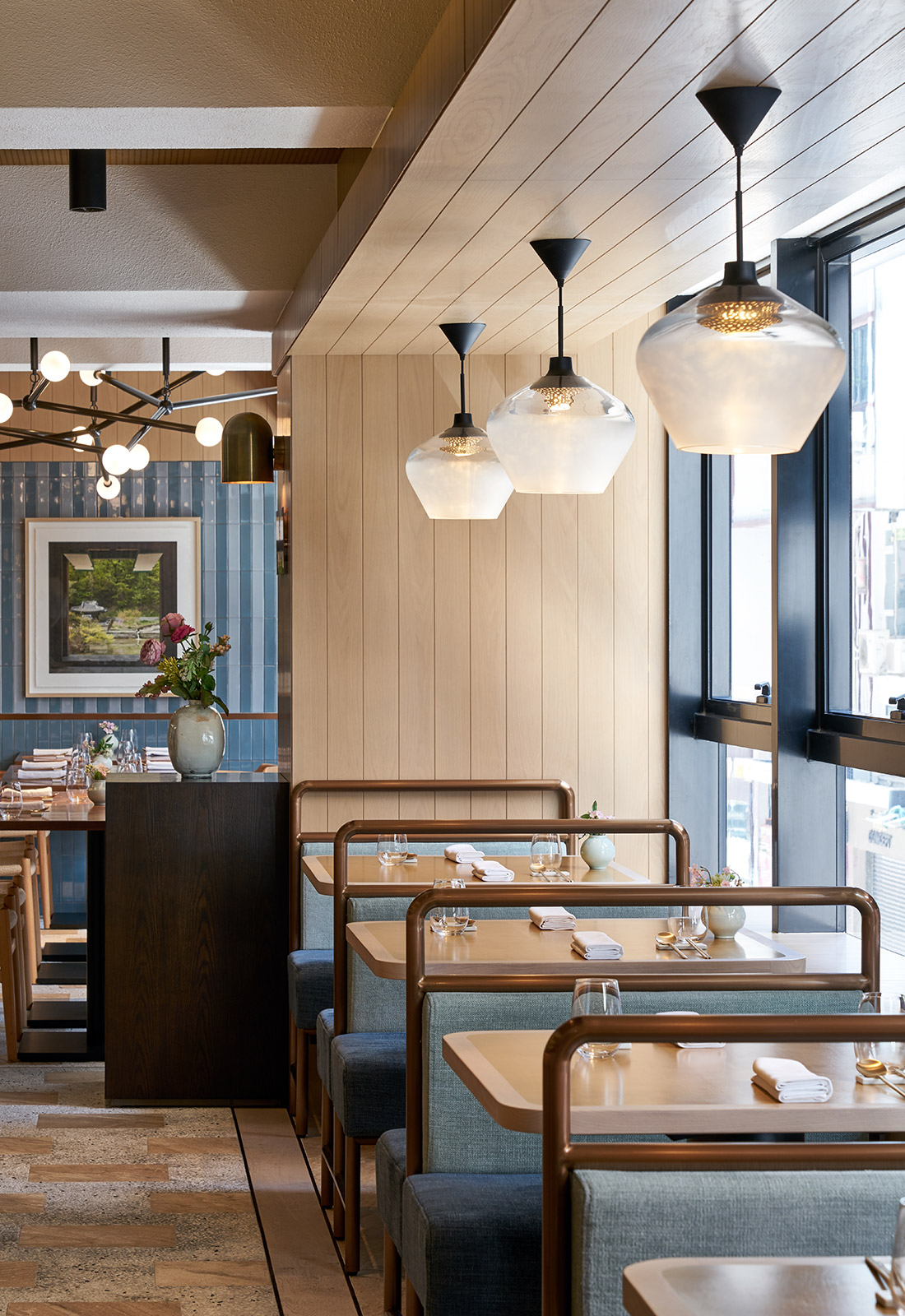 Chef Mingoo’s modish twist on quintessential Korean culture is echoed in JJ Acuna / Bespoke Studio’s interior design for Hansik Goo, through the curation of bespoke artworks by contemporary Korean artists. In the Sky Room, a 5-panel luminescent panoramique of Acid Etched Mirror and Laminated Glass, titled “Breathing of Light 20MA01 (2020)” by artist Lee Kyouhong was made specifically to respond to the design narrative of Sky. Meanwhile, three exquisite prints of Hanok homes, gardens, and landscapes by photographer, Kim Heewon, adorn all three zones of restaurant. Other collaborations include sculptural work by Chung Yongjin, Kim Woo Young and Kim Yong Ho.

In designing Hansik Goo, arguably Hong Kong’s most à la mode Korean fine dining establishment of today, JJ Acuna / Bespoke Studio has harnessed the essence of the restaurant’s eminence, Chef Mingoo Kang, and all that he aspires to deliver – that being a bold interpretation of Korea’s diverse and vibrant culture. 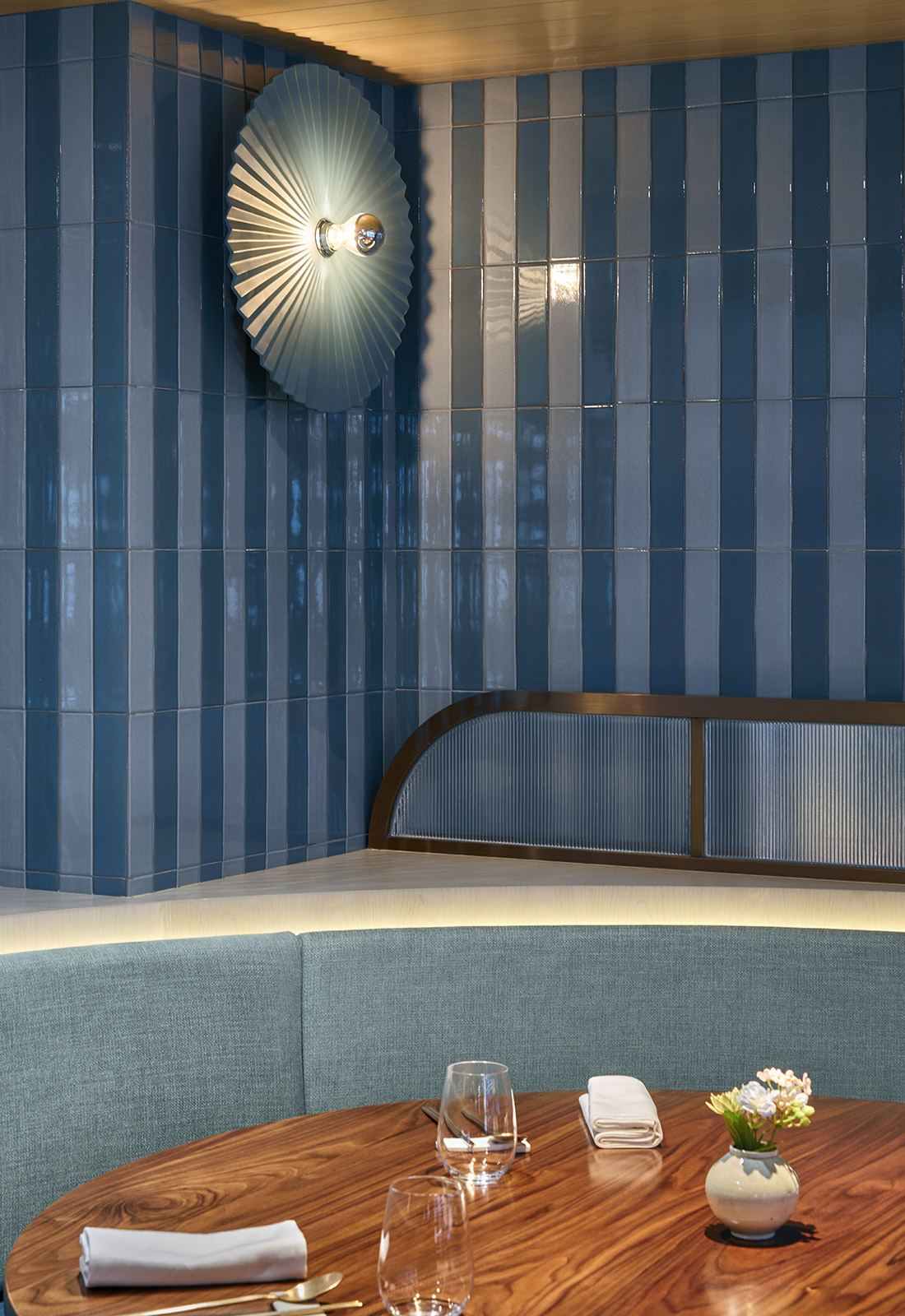 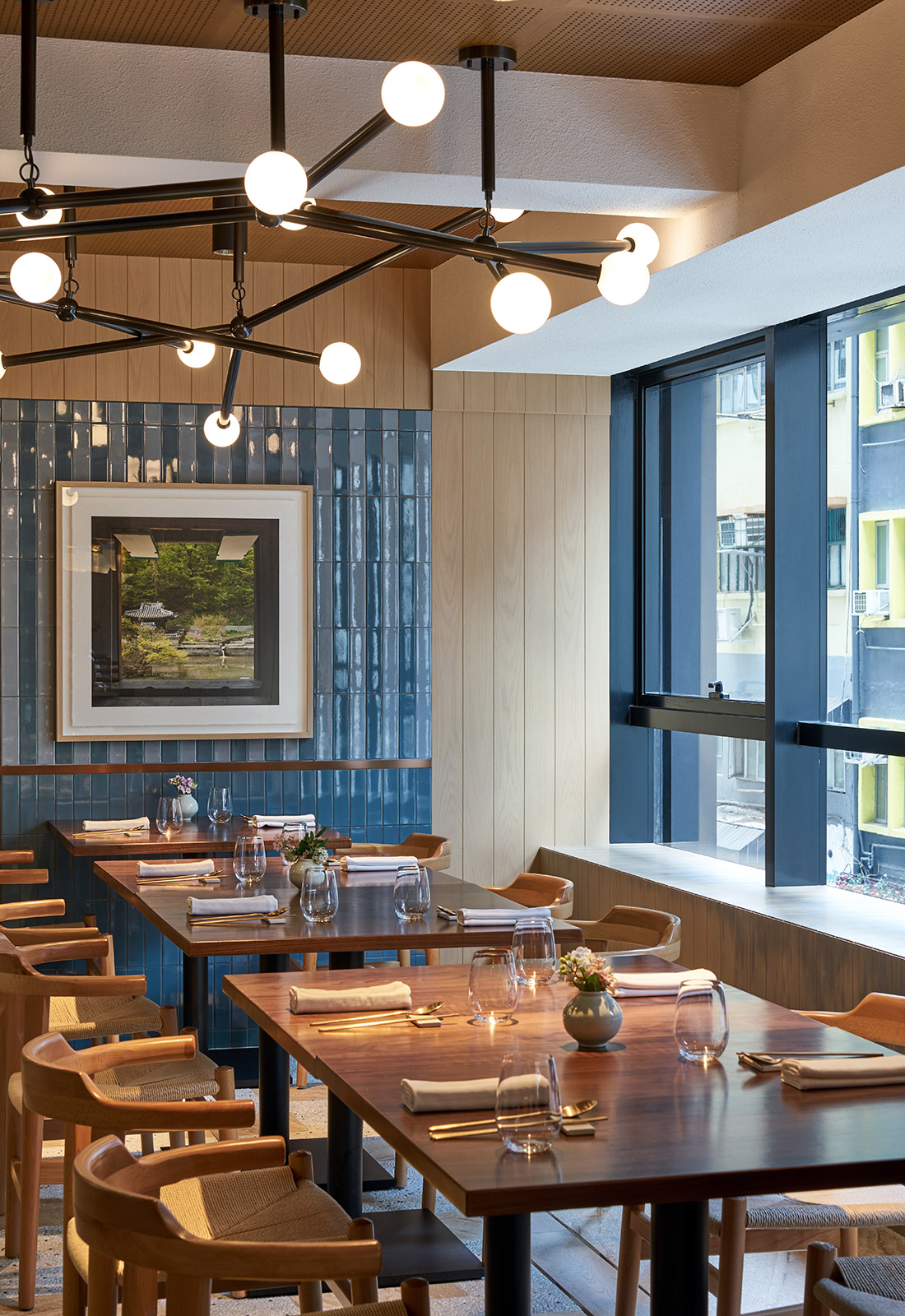 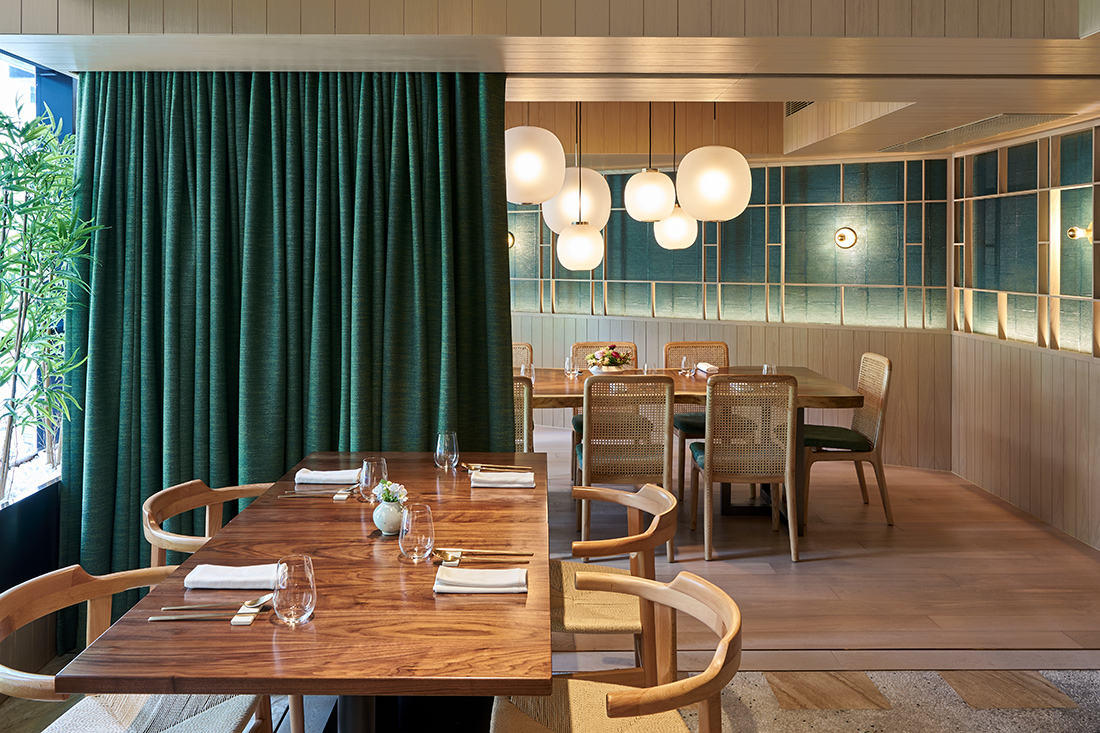 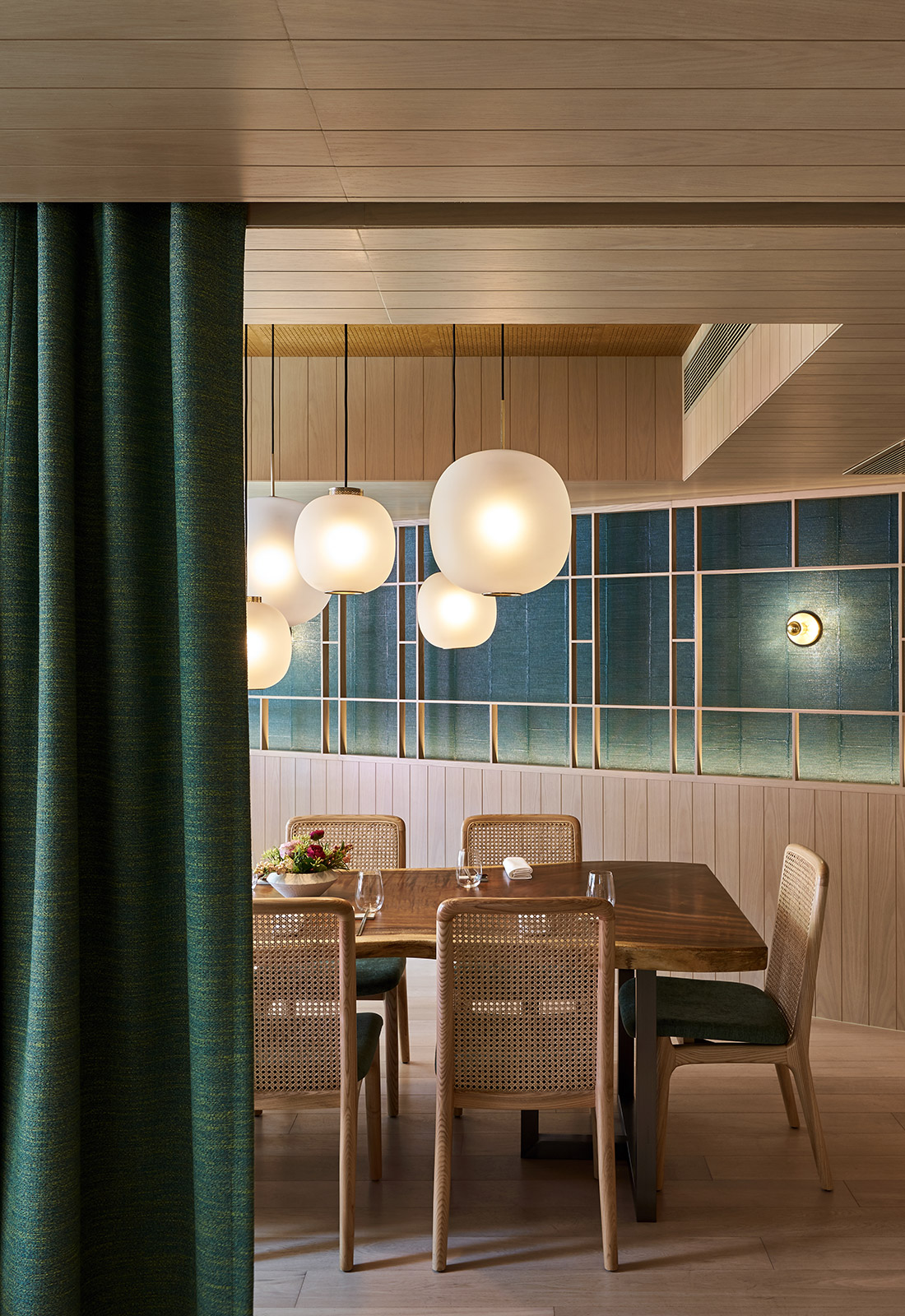