The Evolution Of Home By Aamer Architects And Terre

How is our engagement with our residential typologies evolving? Aamer Taher and Terre have transformed a heritage-listed terrace house into a jewel box of forms and experiences.

“We are so steadily and surely ruining our planet so what we have left are the interiors to which we can retreat, which now need to be about so much more than mere shelter.”

Granted, Heathcote was referring to the transition of sterile clinics into healthy spaces in his Financial Times article ‘The Architecture of Health’. Nonetheless, it is relevant to note how the function of a home has transcended its mere physical provisions to being an emotionally fulfilling ‘safe’ world that we can retreat to.

This creation of an alternate world is aptly demonstrated in a recently completed conservation terrace house at Emerald Hill, which serves as a weekend ‘entertainment’ home in the city for a couple.

The project was a collaborative design effort between Aamer Taher, who worked on the overall building, and Terre, who weaved together the interiors. The brief was to create a setting for the couple to entertain their friends and to retreat to – a city version of a summer house.

Aamer Taher shares that they began with a narrative about what it is like to live in a conservation terrace house in today’s context. “In this case,” he says, “it is about entertaining. Thus we set off exploring how we could create different levels of entertainment.”

Terence Chan, Director of Terre, adds that they worked to create “layers of surprises” – which is most apparent on the first storey.

At the foyer, a timber lattice shields the interiors from view. Beside it is a curious mechanism that looks like a cross between a fishing line and a steering wheel. Looking up to see what it operates, I am taken aback by a void that extends to the second-floor master bathroom, with reflective inner surfaces that create a trompe-l’œil abyss. 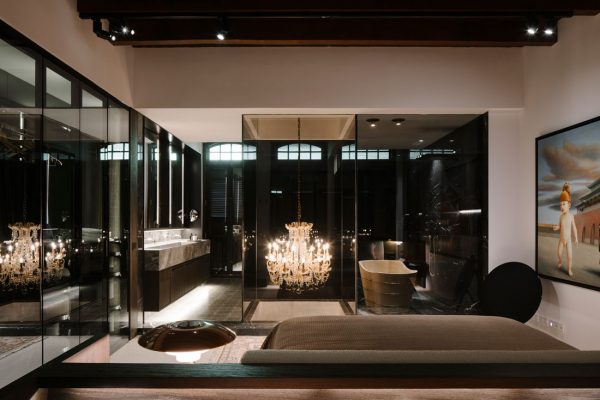 An ornate Murano glass chandelier sits snugly within the space (its raising and lowering accountable to the mechanism), turning the otherwise dark expanse into an intricate kaleidoscope of reflections.

The living area beyond is the start of the ‘art gallery’, with two Miró paintings complemented by a composition of neutral-coloured sofas and a Persian rug. True to the purpose of this ‘jewel box’, as the client refers to the house, there is always an object or feature that draws one’s attention. 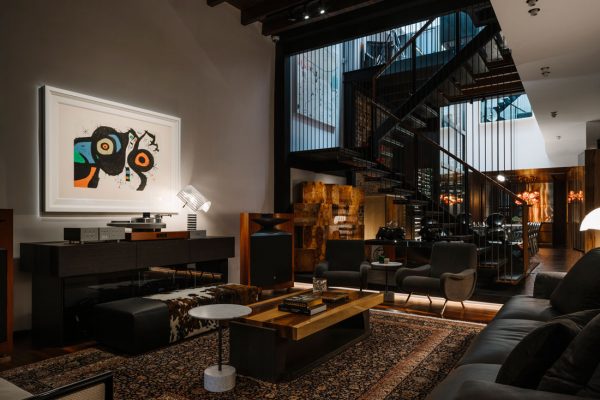 Surprisingly and admirably, the space does not look cluttered despite the sheer number of elements brought together. This has been achieved through Terre’s careful and deliberate curation of objects based on their scale, shape and appearance.

As Chan describes, “We took the strategy of grouping elements together in their respective zones and ensuring that they were able to complement each other. In the end, if you took away one of the pieces, it would be hard to find a replacement for it.”

The centrepiece of the first floor, and arguably the whole house, is the dining room, which is presided over by a fully glazed double-height wine cellar that would usually only be seen in a restaurant setting. 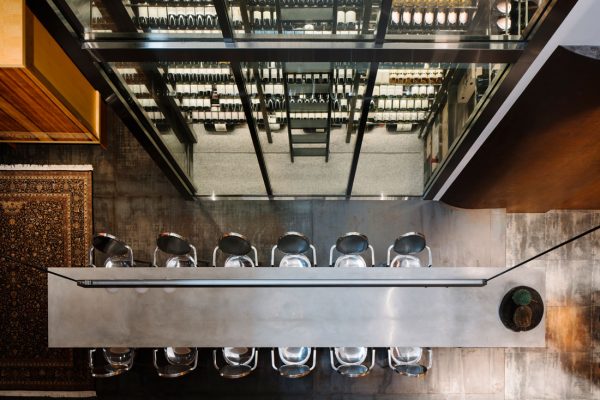 As the house is not strictly for dwelling, the designers had more freedom to use unusual finishes – for example, steel sheets for the dining room floor, which would also hold up well against footwear. The long dining table is made of cast concrete, as the client was tired of the usual marble or timber finishes at the luxury end of the spectrum.

Due to conservation guidelines, the existing levels within the house were generally maintained except for the rear portion, where Taher and his team were able to build up a new structure subject to certain height controls. 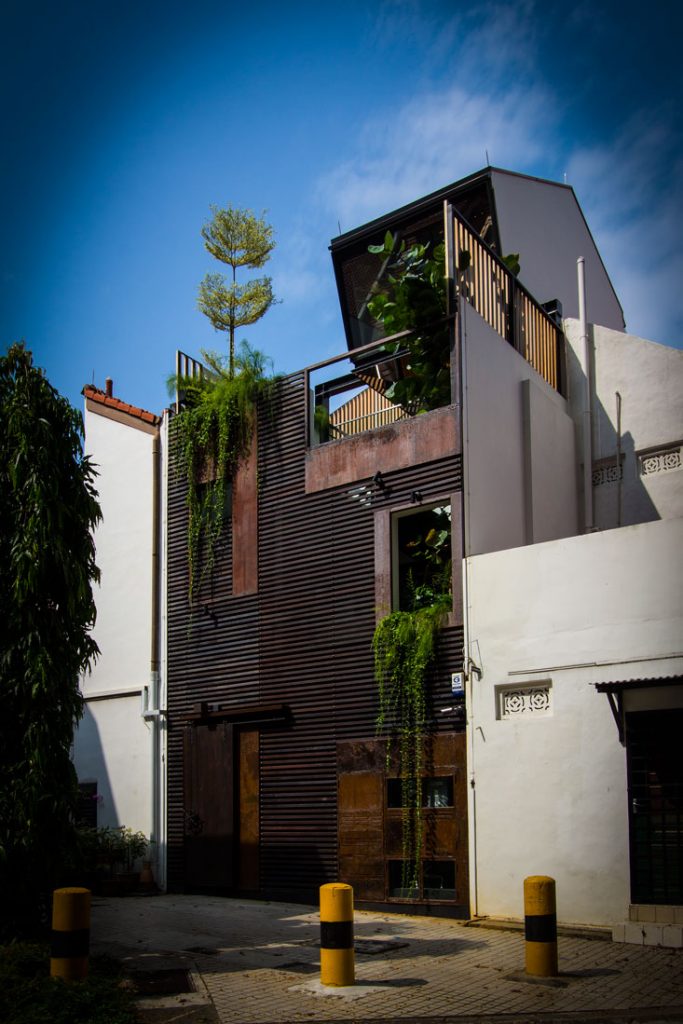 In this zone, they accommodated most of the supporting amenities, including the kitchen and two guest bedrooms. A karaoke room hovers above the reflective pool on the third storey, which Taher calls “a futuristic diamond box floating over the water.” This can be attributed to its faceted underside clad with polished stainless-steel sheets. Each joint edge is fitted with a small LED bulb to accentuate the sparkle. 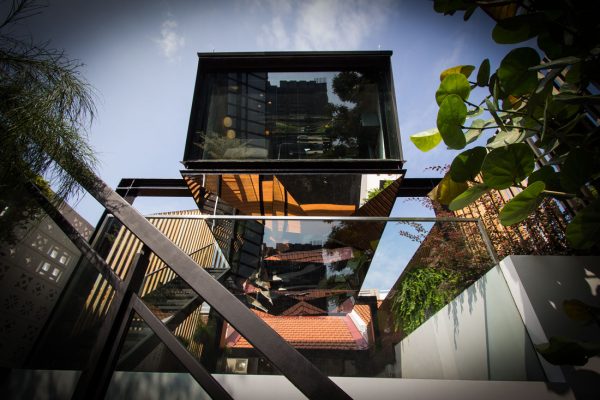 The team shares that the client was very involved from the onset, and made many suggestions that they were, fortunately, able to weave into their designs. For instance, the client had obtained railway sleepers and personally oversaw the torching process to achieve a satisfactory charred finish, which worked well with the theme of raw and refined materials coming together in one space.

During our visit, it was heartening to witness the client’s infectious excitement as he pointed out various features and shared anecdotes of their creation.

Delight. So much more than mere shelter.

This story was first published in Cubes 94: We Dwell.