Famous Japanese bakery BAKE CHEESE TART opened its first store in Vietnam in late 2017. The bakery specialises in cheese tarts – a rich and luxurious delight in golden yellow. The simplicity of the store is its content. As explained by Vietnam-based Japanese architect Joe Chikamori, Principal of 07BEACH, “It was a requirement from the client, to openly reveal the content (inside) of the bakery, rather than to create a border between the staff and customers.”

With that singular thought in mind, the entire shop places its due attention on the subject in context – golden yellow cheese tarts. With the delicacies elevated on suspended ‘tables’, passers-by on the street have a completely unobstructed view. Without breaking the visual connection, customers are encouraged to approach this array of suspended trays along a carefully detailed and measured series of platforms. 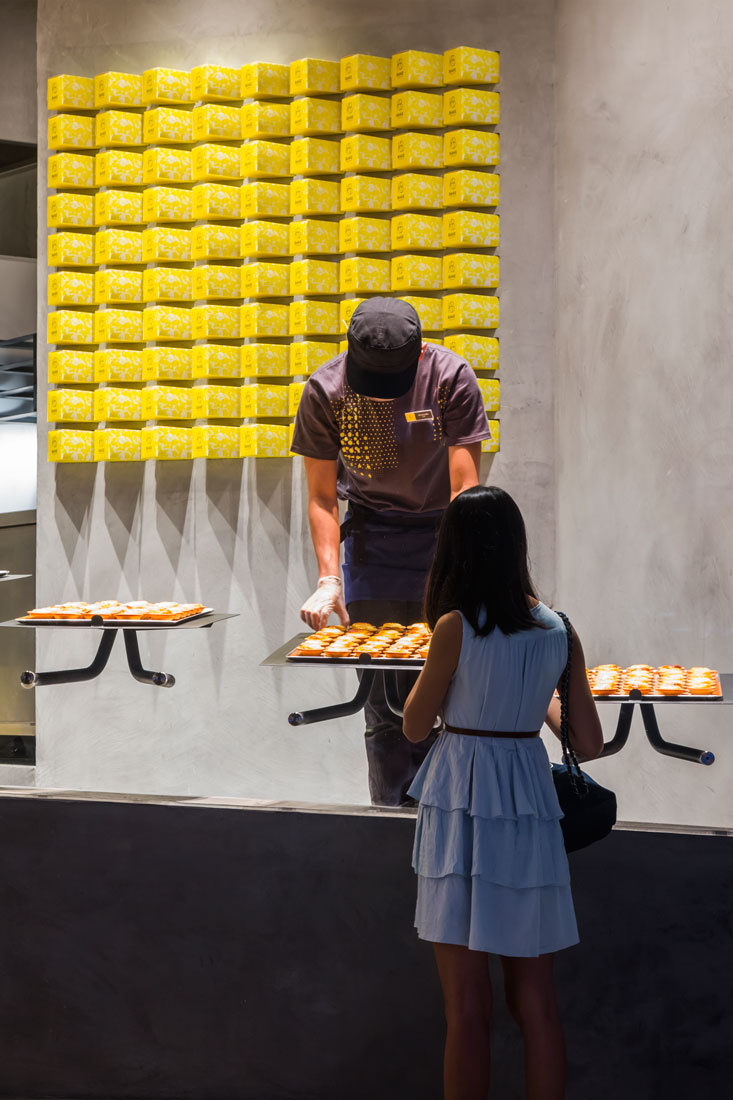 Although standing in line may have normality in Japan, this is not a common practice for the Vietnamese. Yet the design of these staged steps has worked well as people standing in line find themselves above the street level, and in contrast, are now an extension of the bakery’s interior. The staged steps ascend in tandem with the suspended trays of cheese tarts.

Comments Chikamori, “Generally speaking, Vietnamese love to take selfies. So, I often see them enjoying themselves as they stand on the steps, facing the street like being on a stage, and taking their picture with BAKE’s yellow shopping bags and tarts.” 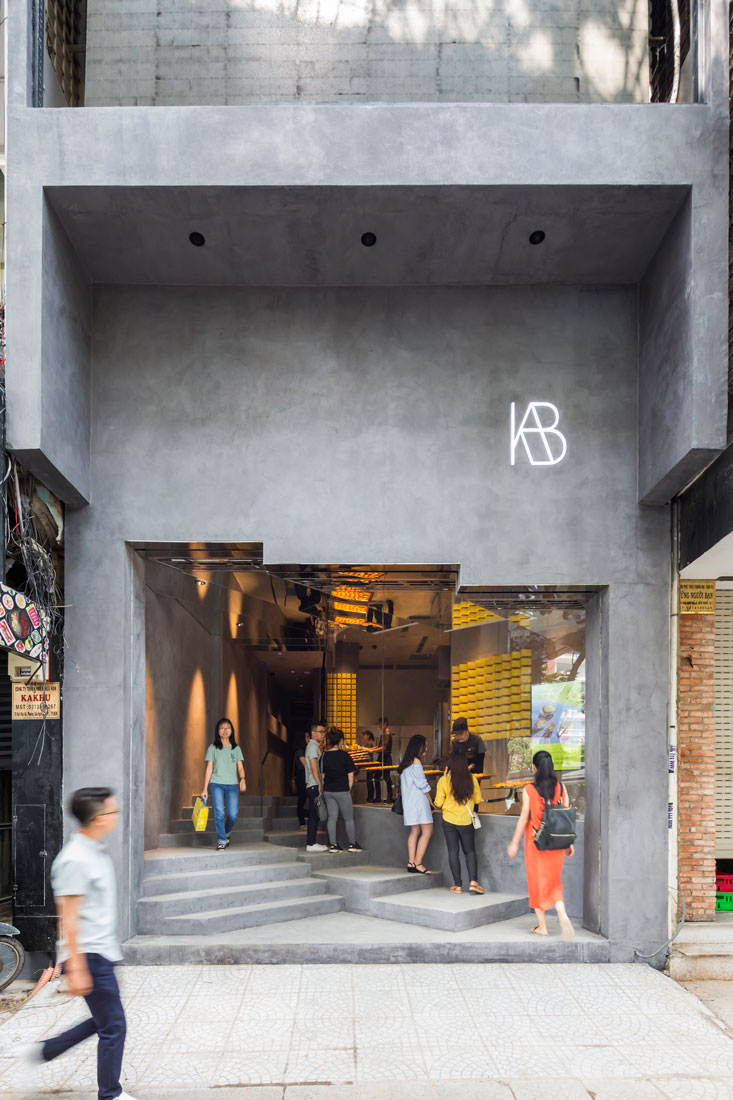 These simple concrete platforms are subdued and unobtrusive. Constructed in differing shades of grey, the ‘larger than normal’ individual staged steps allow customers to stand in line comfortably while enjoying the visual feast of the cheese tarts as they are baked, served and packed into eye-catching yellow boxes. The mirrors overhead allow the tops of the cheese tarts to be seen from street level, rather than just their sides.

Though finished primarily in stark grey concrete, there is delicateness in the design and finish of BAKE, which seems to suspend and differentiate itself from the colourful shopfronts of its neighbours.