Shanghai’s swanky French Concession is the place to soak up some colonial French charm in the middle of China’s bustling 21st-century city. Jaya Interior Design and BLINK design group have brought together the best of colonial French and contemporary Chinese design in their development of The Capella Shanghai, Jian Ye Li. The design group has transformed the last remaining cluster of iconic heritage ‘shikumen’ – a gated community of 20th-century stone and brick townhouses – into a 55-villa luxury urban resort.

“We want to transport guests back to the romance of early 20th-century Shanghai and capture the glamour and heritage of the French Concession,” says Clint Nagata, Founder and Co-CEO of BLINK Design Group, which acquired Jaya Interior Design after they completed the initial design. The townhouses, originally home to several families were transformed into one- to three-bedroom residential-style villas.

While retaining the original exterior brick and stone work, inside the designers created a split-level layout that rises from an entrance and living area, to a den, to a bedroom, a bathroom, and finally a private terrace. “From the moment you enter your private courtyard you feel like you’ve stepped into another world as the first floor living space flows into the outdoor garden area,” says Nagata.

The brief may sound simple – to create a modern luxury hotel while preserving the architectural heritage and character of a historic site – but the team soon found the difficulty in meeting the modern traveller’s demands of convenience while working with old buildings. Since the exteriors of all the buildings were protected by heritage laws, the team could only fix and clean the existing brickwork and alter the interiors. “Due to the age of the property, we were always discovering new aspects that were not part of the original drawings. Once on site, we discovered extra beams and columns that challenged our initial plans and forced us to redesign,” says Nagata.

For the interiors, BLINK carefully blended Chinese and French elements. French Impressionist artwork hangs on walls dressed with Chinese silk wallpaper. French-style furniture including wrought-iron tables and button-upholstered headboards sit next to Chinese hardwood side tables and rattan chairs. The rich walnut flooring in the living areas is complemented by hand-woven carpets while the bathrooms and kitchens feature stone and marble tiles. “The interiors recreate an exclusive 1930s communal living experience that blends French-accented furniture with a Chinese sensibility,” says Nagata. 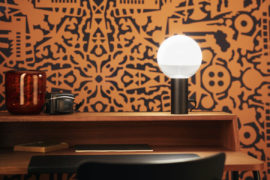 Design meets technology: 3 innovative light fixtures that are ahead of their time 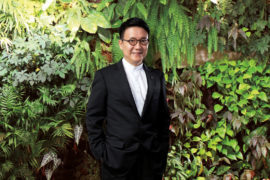 The importance of biophilia in high-density cities

From urban biodiversity to architectural microclimates, MK Leung of Ronald Lu & Partners pens an essay exploring what the urban biophilia movement could mean for our planet’s future.