CHANG Architects designed for sensory engagement as a source of knowledge at this kids’ activity centre, which has been shortlisted in the INDE.Awards 2018.

An enormous diversity of spaces and types of institutions has been shortlisted in the INDE.Awards 2018 category ‘The Learning Space‘ – one of four new award categories in this year’s program. Among the shortlisted projects from Asia are several that demonstrate an emerging interest in non-traditional models for learning spaces. A new activity centre for young children in Singapore represents one of the strongest diversions from the norm. 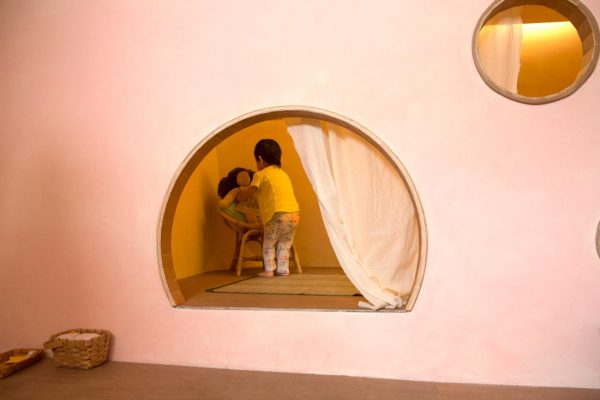 “It’s believed that most children are born creative. This is particularly so if childhood is filled with play and allows room for imagination, exploration and experience via the senses,” says architect Chang Yong Ter (CHANG Architects). He and his wife Doreen, who have young children of their own, are strong advocates of creative exploration in the early years. “But for children in cities, play is often replaced by enrichment programs focusing on academic training. Physical play is often replaced by virtual play that does little to engage the senses,” laments Yong Ter.

A unique opportunity to manifest their perspective arose last year when Yong Ter designed the interior and rooftop garden for a small but ambitious children’s centre in Singapore’s Kampong Bahru area. Wondrous Light Children’s House, which was founded by the Changs (and is run by Doreen with four teachers), is not a preschool, childcare centre or kindergarten; it is an activity centre for preschool-aged kids, but it is also more than that. It was developed as an alternative setting for ‘nurturing’ rather than ‘educating’. 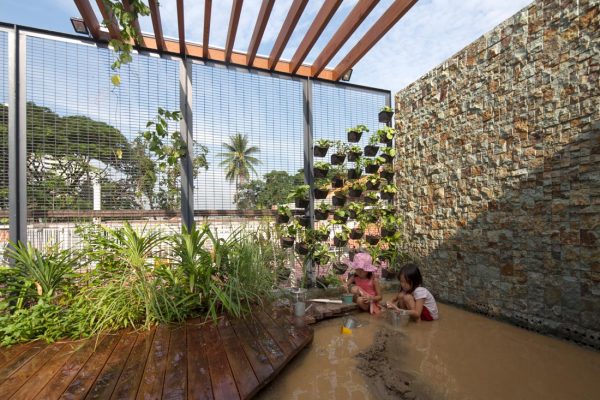 “The emphasis here is not about ‘head-learning’ but ‘limb-learning’,” says Yong Ter. “It is about experiences, and enhancing the senses and feelings. Children are seen as embodied beings engaging with the material world, and experience is valued as a source of knowledge. There’s a belief here that learning consists of an element of will, closely tied to the body and senses, as well as an element of emotion and cognition,” he explains.

The spaces he designed on the upper floors of a shophouse were conceived with the scale and psychology of children front of mind. They offer a variety of spatial experiences, all rendered with natural and recycled plywood panels in varying formal expressions. Missing are the large colourful graphics that are common in preschool centres in Singapore. Yong Ter’s intent, rather, was to create a home-like environment that would encourage kids to feel calm and secure. 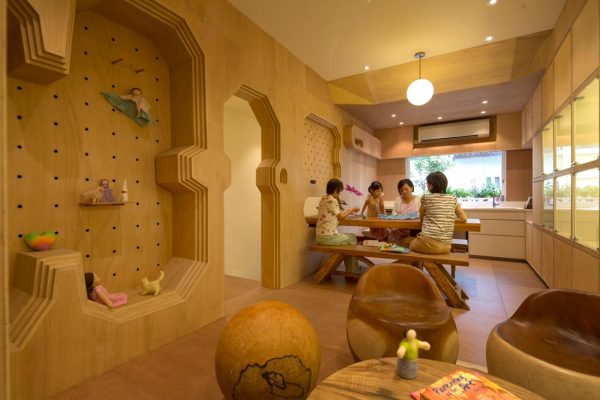 Curiosity is encouraged with elements such as display nooks, viewing portals, and pendant lights custom-made with stainless steel woks and cotton netting. A ring of warm-toned LEDs within each wok casts patterned shadows of the netting on the ceiling. On the rooftop, a landscaped deck with sand and water play zones as well as edible plants offers another world of discovery. Throughout, self-directed play is encouraged.

“The space is about making connections to the environment, humanity, and all of life’s experiences as they unfold through daily encounters,” says Yong Ter, who also designs toys for the children. He adds, “At a time when life and human relationships are dominated by the digital medium, the younger generations need to be grounded and in touch with their innate selves. This is the foundation for socially connected individuals with a deep sense of purpose in life and empathy for others.”