Can A Fixed Home Governed By Hyper-Minimalism Grow And Change?

A good home grows as we too, grow. Many think of this as an afterthought, and endeavour to extend and renovate their living format after-the-fact. But what if we designed our homes to evolve from the very beginning?

For a young family, a home that moves and grows with you is critical. Your needs change, your children’s needs change, and your needs as a collective become less aligned, and increasingly disparate. The challenge however, is that with a fixed structure, change and evolution over time can be difficult, if not impossible… or so we thought.

Located in the rural city of Yansan in in South Korea’s Gyeongsangnam-do Province, local design studio Architects Group Raum were approached to produce a home for a young family with small children, that would ultimately mould and re-mould itself to the constantly changing needs of the growing family.

“Our brief was to create a home that would grow and change as the family grew and changed,” says lead architect Oh Sinwook of Architects Group Raum. “We created a response based on hyper-minimalism, which would allow what is ultimately a well-designed blank canvas to change into whatever the family needed at any given moment. We designed the home according to the existing circumstances of the residents, while also providing a basis for future growth.” 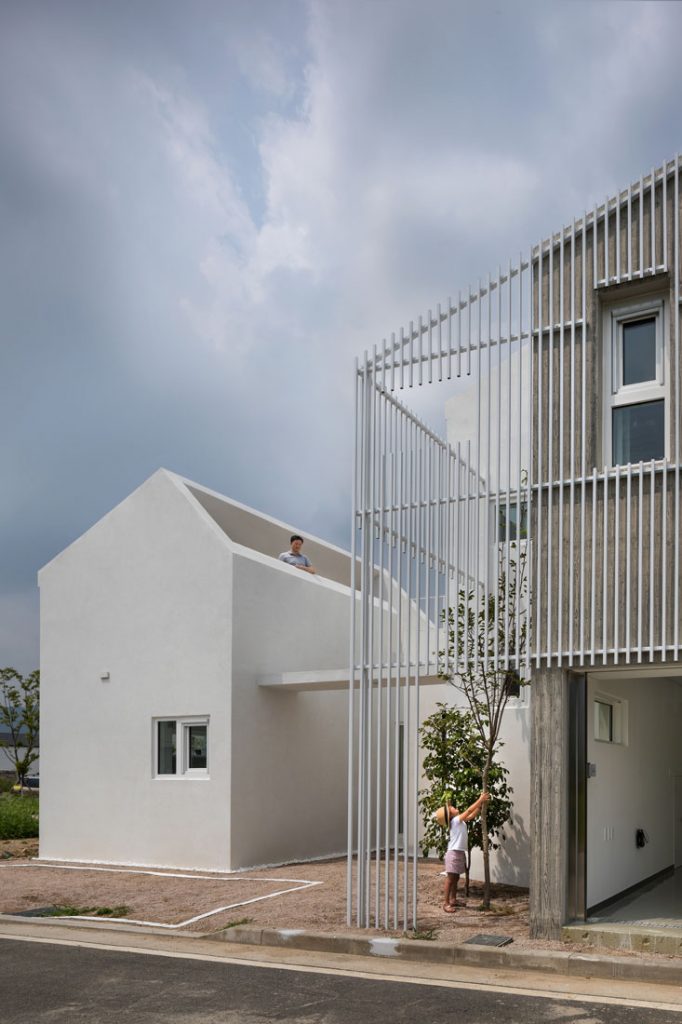 To begin with on the 164.66-square-metre property, Sinwook and team needed to define how the space could respond to changes in life. The concept of connected compartmentalisation become the driving philosophy, where spaces could be both separate/private, or opened up to be connected.

Rooms within the house are separated into zones and are not designated specific functions, but rather can perform different roles at different times. The living room for instance, is separate from residential space, and has been designed to function as a living room, a daycare room, a study, or even a guest room. Even the garage is multi-functional, where it not only houses the family’s cars, bikes, and son on, but also serves as an in-house workshop for metal and wood working, which opens up into the lower level of the home. 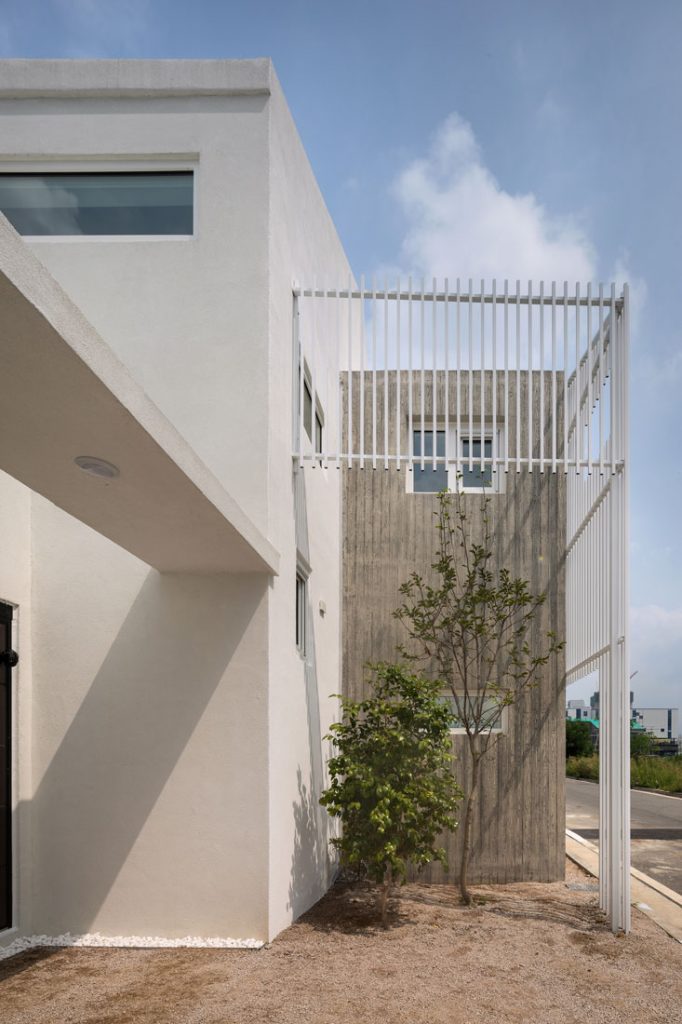 The second floor is the primary residential space featuring three decent sized bedrooms, which have been designed to change (expand and or separate) at any time based on the needs of the residents.

At the rear of the house, a low wall encloses a courtyard garden flanked by sliding and folding glass doors that connect it with the kitchen and dining area.

The garden space is further defined by a narrow roof structure. Supported by a pillar in one corner, it traces the boundary of the plot. “The yard is also an outdoor living room,” says Sinwook, “a children’s playing space, which is an extension of the interior life.” 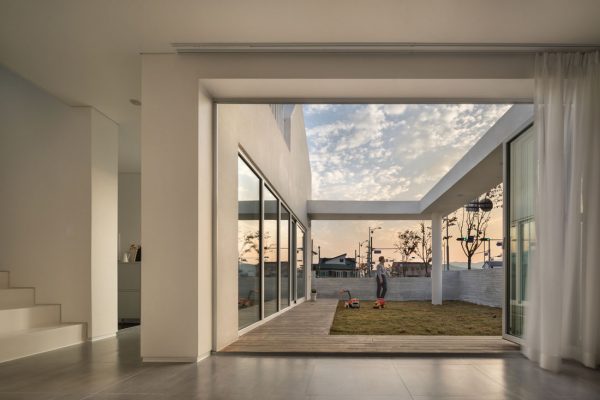 Other significant design devices were not random, but deliberate inclusions in the architecture to communicate. The signature white gabled roof refers to youth in an attempt to differentiate it from the more traditional South Korean archetypes in the surrounding area, and white in particular was used to represent “infinite potential”.

A living, breathing piece of honest architecture for varying modes of living.