Inspired by Mighty Jaxx’s signature collection and working culture, ASOLIDPLAN designed an office that is memorable and conducive for collaboration. 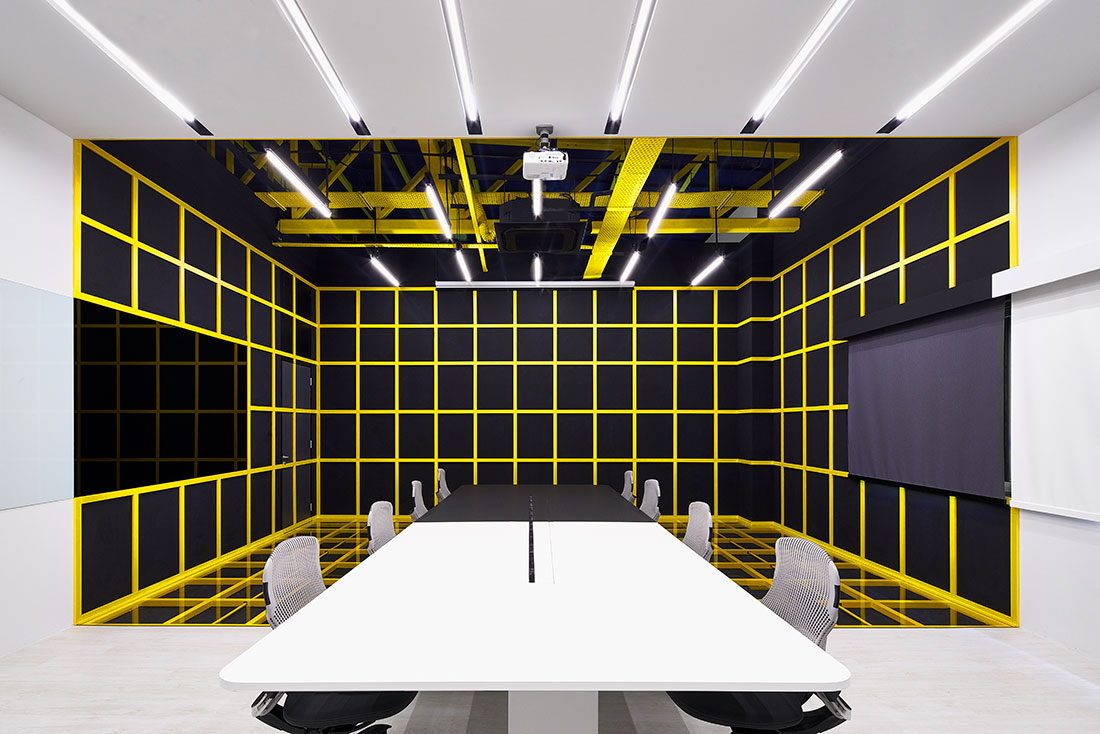 Two elements keep the wheels of any artistic company running – the creative and the business. A mutual understanding between departments can go a long way in ensuring the materialisation and sustainability of new ideas. For that to happen, an open environment that is conducive for collaboration is paramount. Such is the case for the new office of designer toys studio Mighty Jaxx, who employed ASOLIDPLAN for the renovation of their new office in industrial estate Tai Seng. 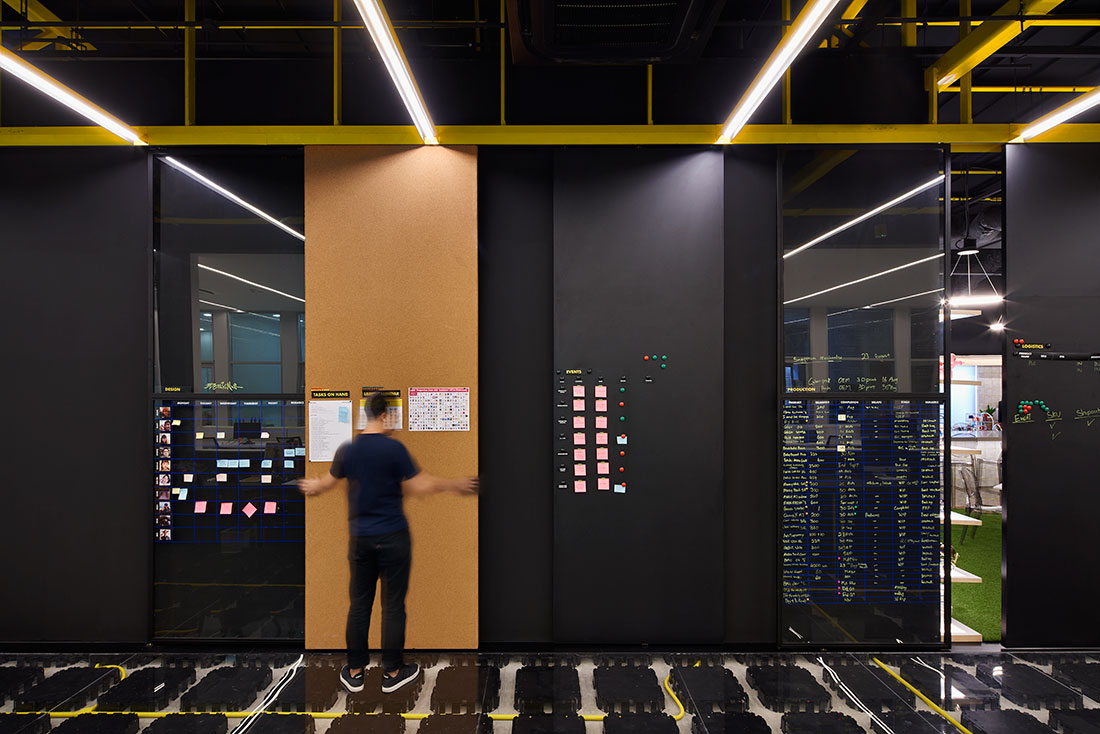 Stemmed from Mighty Jaxx’s signature XXRAY Universe series, a striking “half-finished, half-exposed” concept drives the new office. The XXRAY series, created in collaboration with American artist Jason Freeny, features characters with two faces: ‘opaque’ on one side and ‘transparent’– skeletons expose – on the other. In the same vein, the office was given a nearly even split.

The business department is housed on the sleek, all-white ‘opaque’ side while the creative department sits on the ‘transparent’ end conveyed via exposed roof trusses, piping, mechanical and electrical trunking and a see-through raised floor. “The messiness is reigned in by applying a uniform palette of the corporate colours black and yellow,” says Lim Jing Feng, Partner at ASOLIDPLAN.

While there is division in where departments sit, the entire staff is housed in an open floor plan at the heart of the office. Everyone is connected and can strike up a conversation easily. This also enables the company to expand without disrupting the existing workflow.

Glass, magnetic blackboards and cork sheets were incorporated onto sliding panels to record sketches, Post-its and pinups to facilitate brainstorming sessions. “There were lots of discussions going on amongst the creatives but there were no big surfaces for them to pen down their thoughts,” says Lim, referring to the old office. 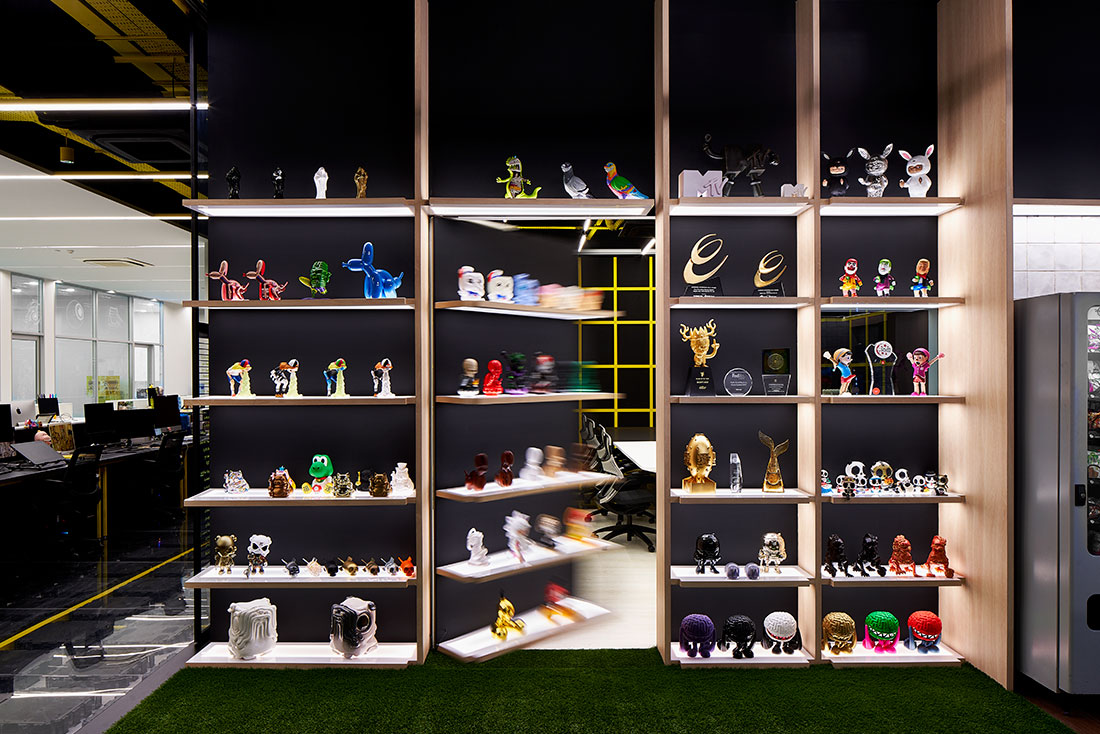 Fit for a company that values creativity and teamwork, other collaboration-friendly spaces such as flexible white metal pods or the pantry designed to emulate a park, were conceived for casual talks or moments of rest.

Part of the brilliance of the concept lies in the optimisation of resources. Environmental and budget concerns were abated by retaining existing office furniture for the business side of the office, as well as turning existing manager rooms along the perimeters into facilities such as smaller meeting rooms, prototyping room, photo studio, game room and inventory room, thus reducing the need for major hacking. 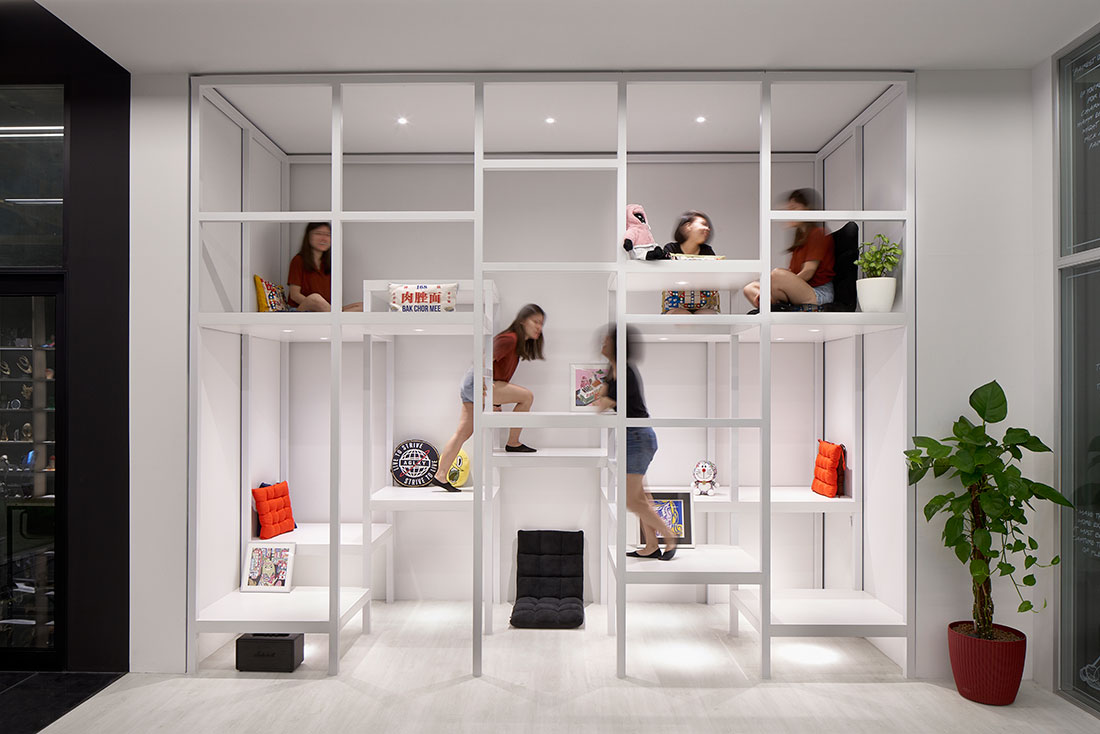 “Strategically, money is spent on areas where it is most impactful like the reception pantry and main conference room where they can impress visitors,” says Lim. The dual concept continues in the conference room – one side pristine white and the other side, in contrast, an expansive optical illusion of sorts rendered in a black and yellow floor-to-ceiling grid.