Harnessing A Sense Of Place At The Andaz Singapore Hotel

Hong Kong-based designer Andre Fu takes us through a journey inspired by the meandering alleyways of the Bugis-Kampong Glam neighbourhood at the Andaz Singapore Hotel.

“The shape of the building is very unconventional. That posed many challenges in its own right, but at the same time those challenges have led to many more possibilities,” says Hong Kong-based interior designer André Fu of the Ole Scheeren (with DP Architects)-designed DUO Tower.

Fu was commissioned by the Hyatt Hotels Corporation to design the interior of the Andaz Singapore Hotel, the hotel group’s first Andaz brand presence in Southeast Asia. The 342-room hotel occupies level 25 to level 39 of the tower, with a lobby occupying the elevated podium level.

Like its architectural shell (read about DUO in Cubes 90 and look out for our interview with Scheeren online soon!), the interior of Andaz is inspired by its heritage context – specifically, the alleyways flanked by shophouses in the adjacent Bugis neighbourhood. “We wanted to celebrate this unique setting by embracing the spirit of these alleys and bringing it inside; not by replicating the physical shophouse but the idea of wandering between alleys and creating this wonder of discovery,” explains Fu.

This spirit of shophouse alleyways manifests in a 360-degree circulation path that starts at the hotel’s podium level. Guests are received in a stately eight-metre-high lobby whose walls are articulated with an abstract interpretation of the shophouse facade. A bakery concept named Pandan occupies a corner while through the elevator lobby, the back area of the floor is decked with cosy seating areas that serve as transit spots. 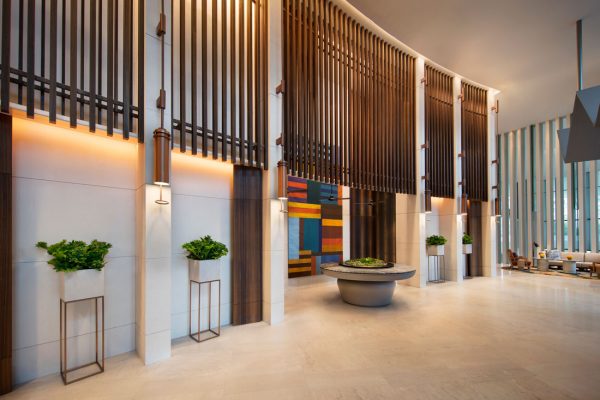 The processes of checking in and out take place at the Square – a four-metre-high lushly landscaped courtyard on level 25. Dubbed the Alley on 25, this level serves as the hub of the hotel and houses seven of the hotel’s F&B concepts, which unfold through another 360-degree circulation path. 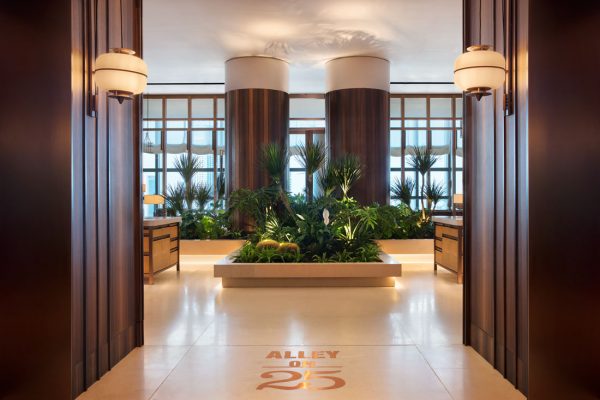 “The unique idea about the dining experience in the hotel is on this floor it’s all driven not by cuisine, but by cooking method,“ says Fu as he takes me through the alley. Icehaus, for instance, serves breakfast comprising cold cuts and fresh produce served on marble. 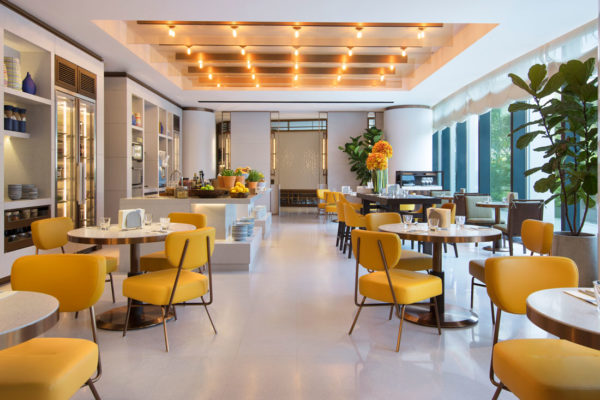 The Green Oven puts its namesake appliance (around which its entire menu is based) at the centre stage of a setting decked in a palette of ivory, deep green and copper. Meanwhile, Smoke & Pepper presents a rustic theatrical setting with granite a grill island and bronze frames shaped after the pitched roof. 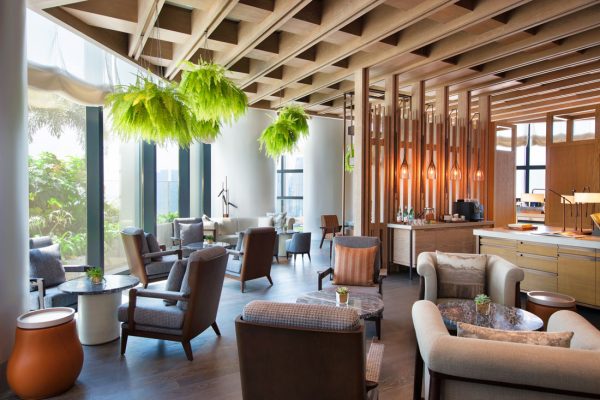 Given the 360-degree circulation, with outdoor alfresco areas and swimming pool deck, the F&B concepts are designed without back kitchen areas. The food preparations are displayed in full view of the diners and become a live performance, inseparable from the dining experience. Seated in any of the dining venues you can enjoy a skyline view on one side, and chefs preparing your meal on another. 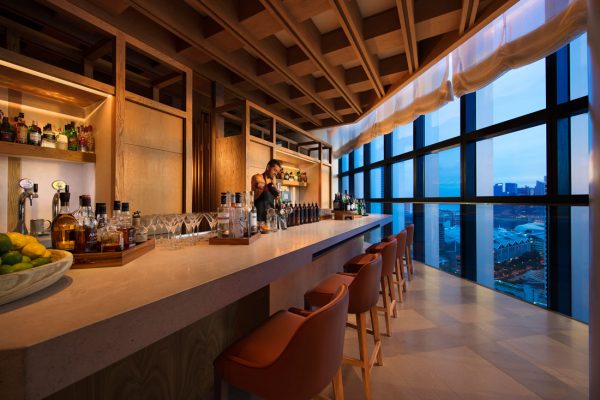 The closed-loop circulation is also applied in the hotel’s rooms and suites. Fu describes Andaz’s room aesthetic as “modern bungalow” with details that pay tribute to the shophouses in the area, from the bespoke post-box that houses the doorbell, to mango-yellow shuttered doors that serve as room dividers. The layout of the rooms is such that guests are guided to explore and discover little surprises along the way.

“We spent a lot of time curating many of these touch points,” says Fu. He allocated eight of his 20 staff members at his studio AFSO to work on the project. “Everything is a fine line. We wanted it to be very intimate and curated but also approachable and feeling natural,” he elaborates. 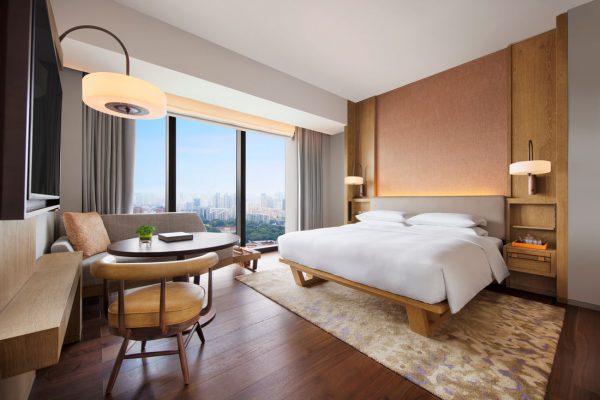 Asked about his thoughts on the future of hospitality, he shares: “For me, the sense of comfort is key for hospitality going forward, with luxury being more relaxed. The market is a lot more sophisticated now thanks to social media. Everyone is a lot more educated about design, travel and anything related to lifestyle. In addition to becoming more educated, they will also seek experiences that are in sync with their personal preferences so hospitality has to be more diverse in its offering and I think it’s going to be very interesting.”