[Don’t] Lose yourself at the Qantas First Lounge Singapore

One of only four worldwide, Caon Studio and Akin Atelier collaboratively see to it that you won’t want to leave the newly unveiled Qantas First Lounge at Singapore’s Changi Airport. 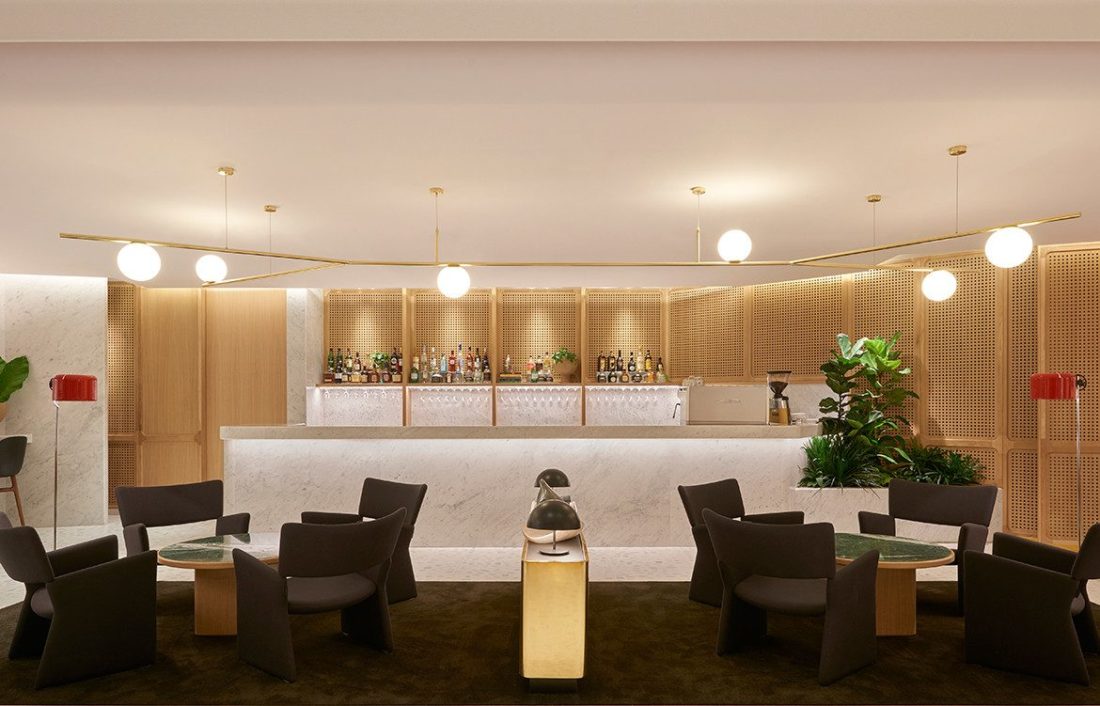 One wouldn’t usually associate airports with a particularly generous amount of personal space. Nor would one think of an airport as a destination over a means to an end or vehicle of transport. But at 1000 square metres for 245 persons (roughly four square metre per person ­– at capacity), and designed collaboratively by Caon Studio and Akin Atelier, the Qantas First Lounge in Singapore challenges both these notions.

Singapore is a hot spot for design, architecture, and their creators. We know it – we’re constantly on the ground over there. Changi itself is likewise no stranger to design or development, Moshie Safdie’s Changi Jewel 24-hour shopping centre famously opened last year with its instantly iconic central waterfall. Now we have one more reason to visit, and this time it feels like staying at a nice hotel, only to want never to leave it. 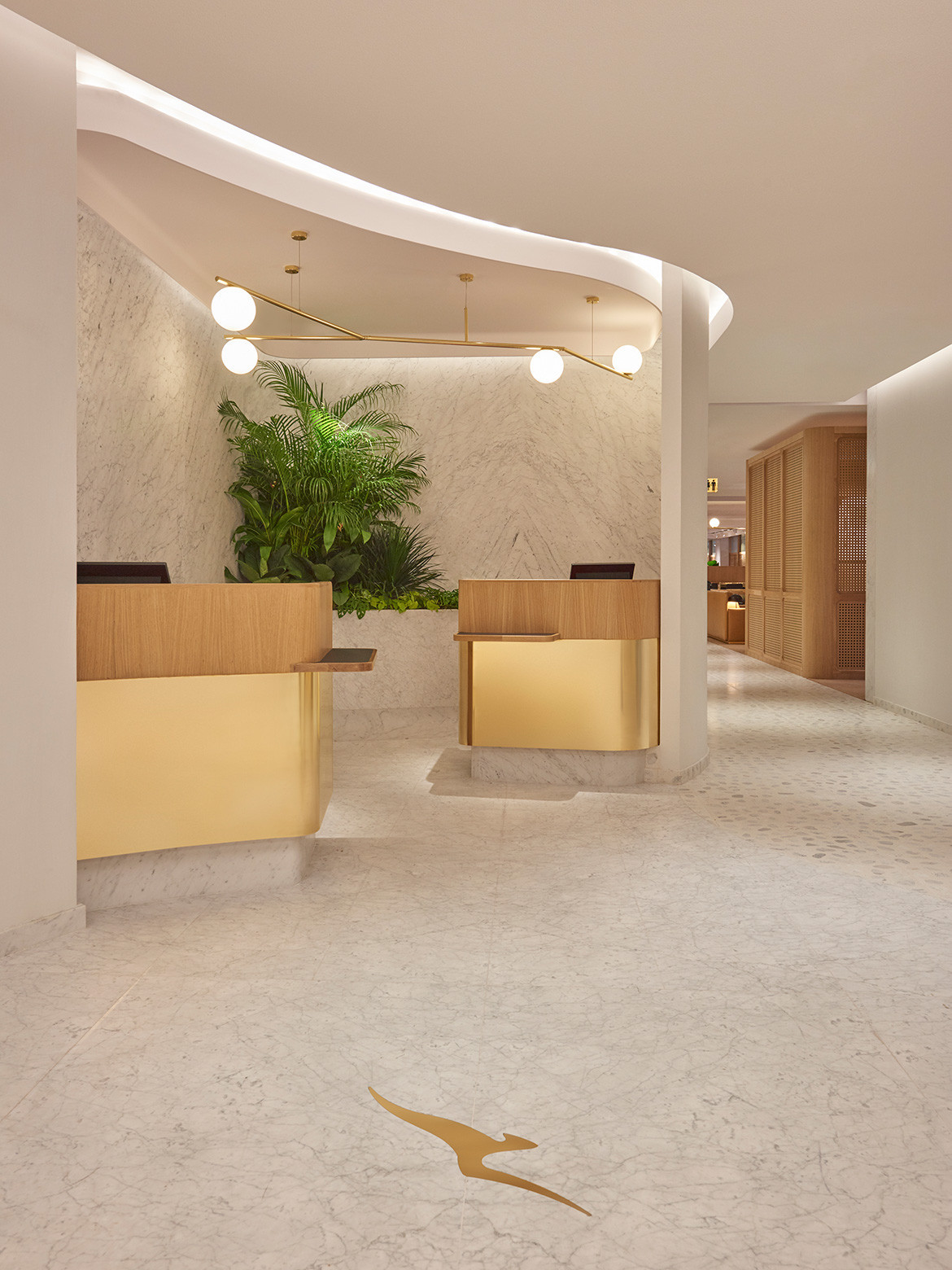 The Qantas First Lounge Singapore was designed expressly with the people who would patronise it in mind: how would they need and want to use this space as they prepare to travel or pause in transit? For both Caon studio and Akin Aterlier, architecture and design’s impact on human experience grounds their respective practices. They landed on four core purposes that informed the design thinking: to relax, to refresh, to dine, and to work.

Subsequently, there are five zones that comprise the First Lounge. There is a dining room, a lounge, a cocktail bar, a VIP quiet room and bathroom and shower suites. Perforated walls, banquettes and partitions subtly demarcate these zones.

The fixed material palette was used as an opportunity to reinforce an atmosphere of luxury in an otherwise high-capacity, high-traffic, multi-functional space. There is Carrara marble on floors, walls and surfaces, European oak used for the walls and partitions, brass finishes, plush carpets and large-chip terrazzo in the wet spaces. The purposely-diverse tones and textures complement each other visually and physically. 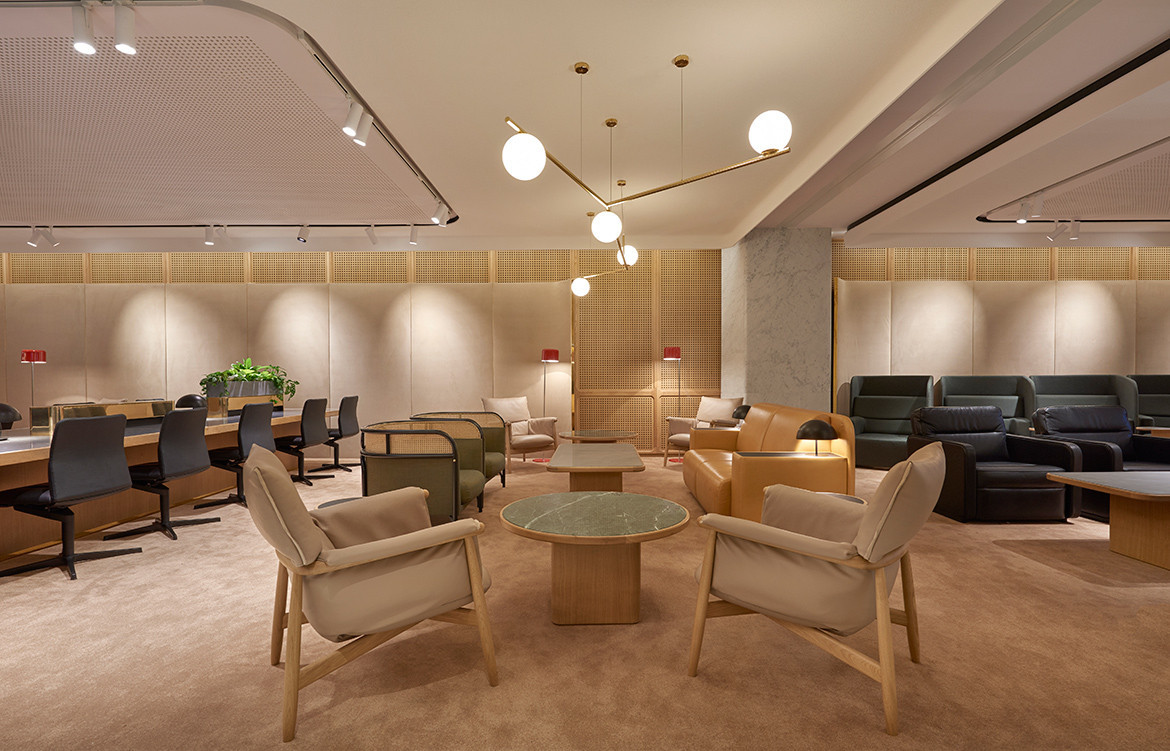 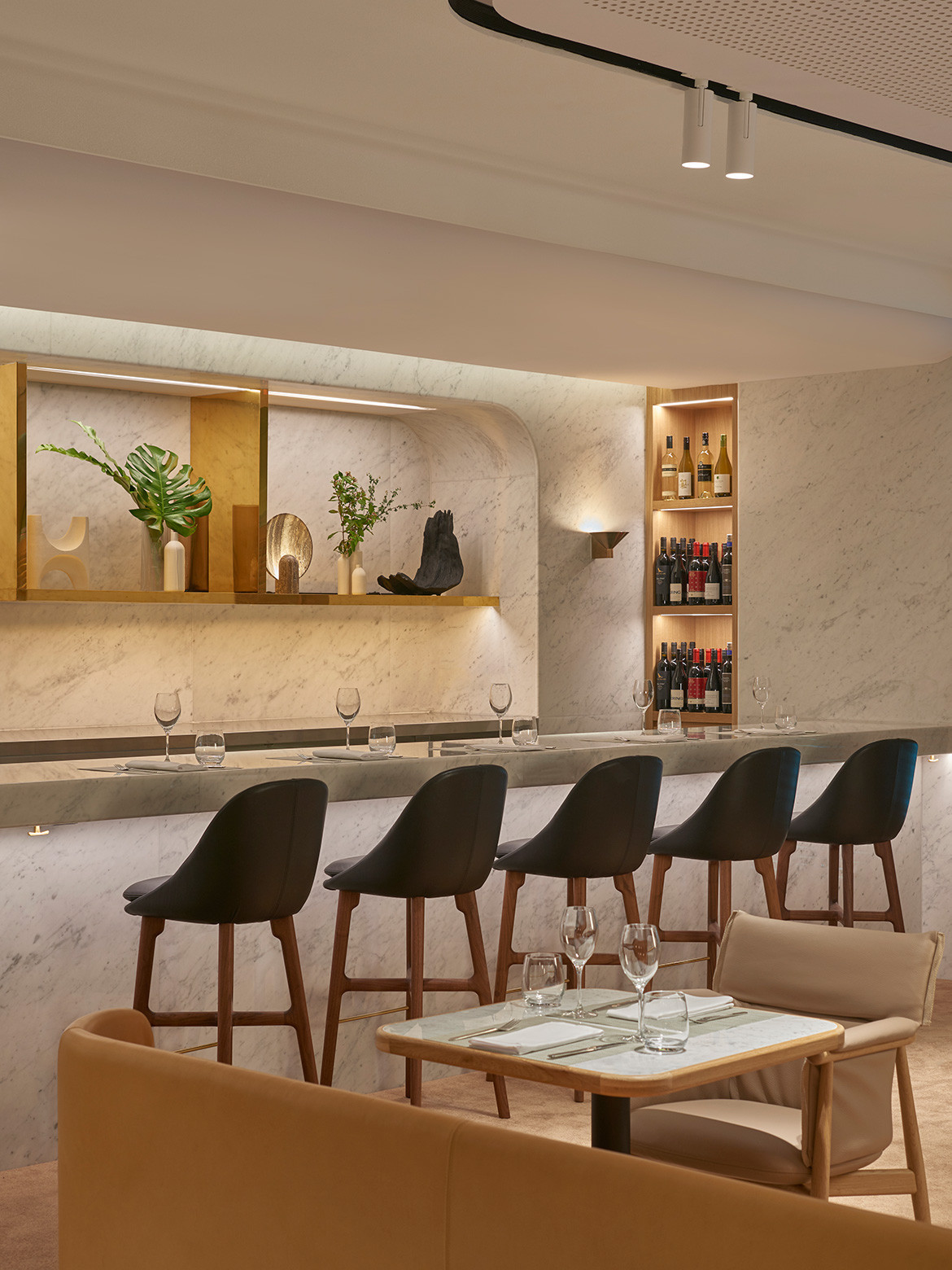 To support the wellbeing of travellers and their adjusting internal clocks, the Qantas First Lounge Singapore is fitted with CoeLux artificial skylights in the bathroom suites and VIP area, and lush greenery planted throughout. First patented in 2009 and released to market in 2015, the CoeLux skylights are designed for interiors that have no access to natural light. Think subways, parking lots – and airports. Filtering an artificial light source through a layer of nanoparticles is meant to mimic the feeling of the earth’s atmosphere. The biophillia, meanwhile, mirrors Singapore’s civic architecture in its strong integration of green pockets throughout the city.

By all accounts a seamless collaboration between Caon studio, Akin Atelier and Qantas, the new Qantas First Lounge at Changi Airport is a study in luxury, meaningful design, and the power of collaboration.