Thonet And The Eternal Influence Of The Bauhaus

Thonet’s special editions of a classic Mies chair mark 100 years since the birth of the Bauhaus. Has it really been that long?

Believe it or not, a century has passed since the birth of the most influential school of modern design, the Bauhaus. Among the iconic products associated with the school is a chair that redefined the form and materiality of seating.

Mies van der Rohe’s S 533 cantilevered tubular steel chair has an unmistakable arc. It was designed in 1927 before Mies joined the Bauhaus school as a teacher. With it, Mies developed an earlier concept by Mart Stam made with gas pipes and rigid elbow joints.

The masterstroke of Mies was the adoption of flexing cold-bent tubular steel, which delivered comfort as well as a revolution in form.

Now, Thonet has released two limited-edition versions of the chair with ‘sensual’ colours and finishes that, suggests the brand, bring it into our time. 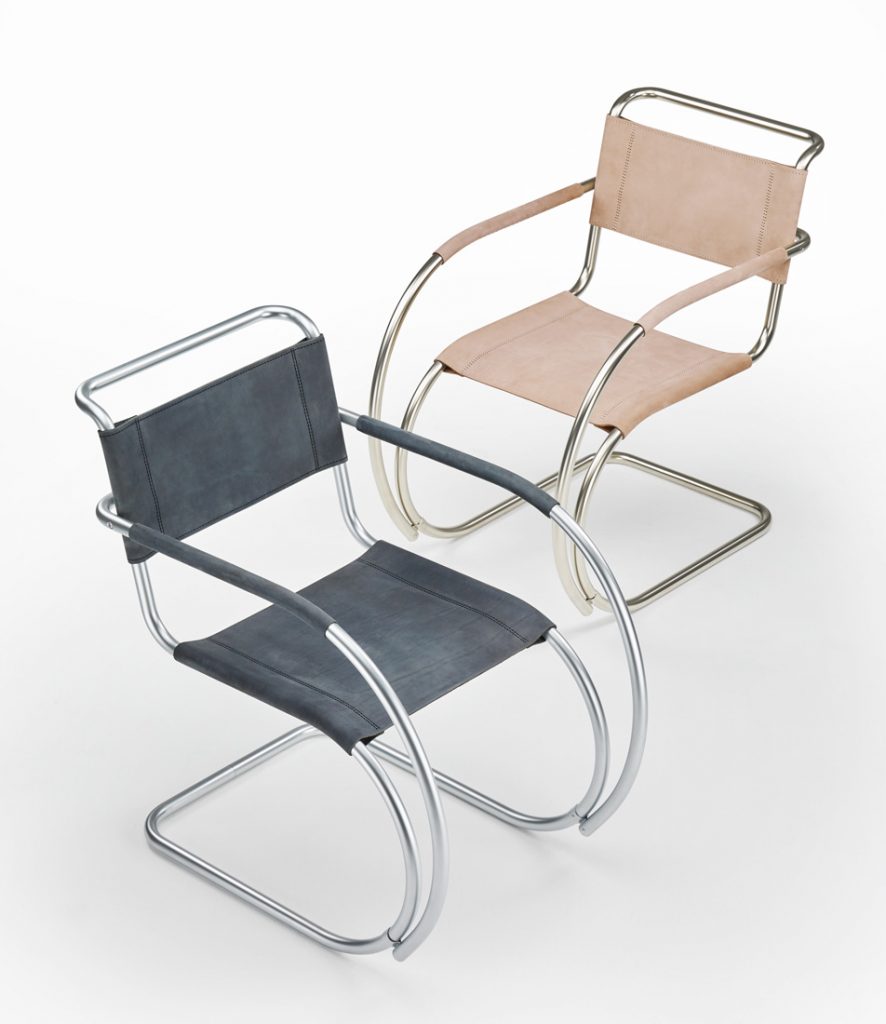 Thonet worked with Hamburg-based design duo Studio Besau-Marguerre to develop a version with pearl-gloss chrome and anthracite leather, and another with champagne chrome and rose-coloured leather. Just 100 pieces of each were made to mark the Bauhaus anniversary.

The special editions were exhibited recently in Cologne at IMM in the ‘Café Thonet’ stand, which was also designed by Studio Besau-Marguerre. Café Thonet celebrated the brand’s 200-year history, presenting a combination of bentwood and tubular steel furniture amongst layers of curtains in a circular formation. 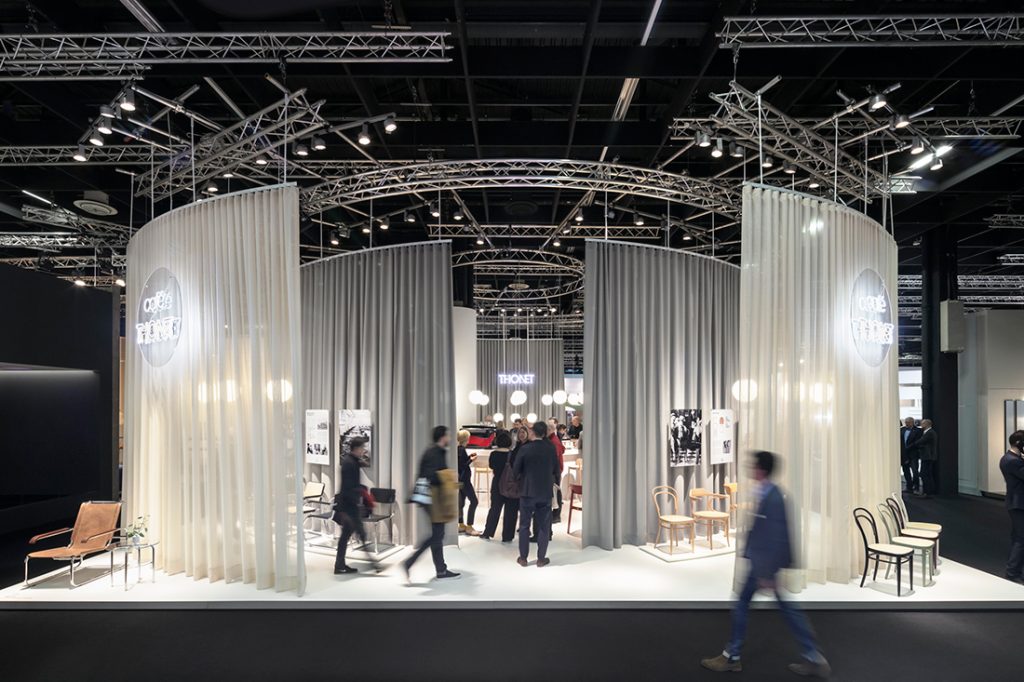 Studio Besau-Marguerre drew inspiration for the stand’s design from the ‘Café Samt und Seide’ (‘Velvet and Silk Café’) created by Mies and Lilly Reich in 1927 – itself an exhibition stand (at a women’s fashion event in Berlin) that doubled up as a café. Mies and Reich had created a continuous flow of space with arcs and planes of textiles hanging from various heights. Thonet had its beginnings in nineteenth-century coffee houses, so the reference was an apt one.

“We wanted to make Thonet’s history visible yet think it forward and inspire people with a topical perspective.” 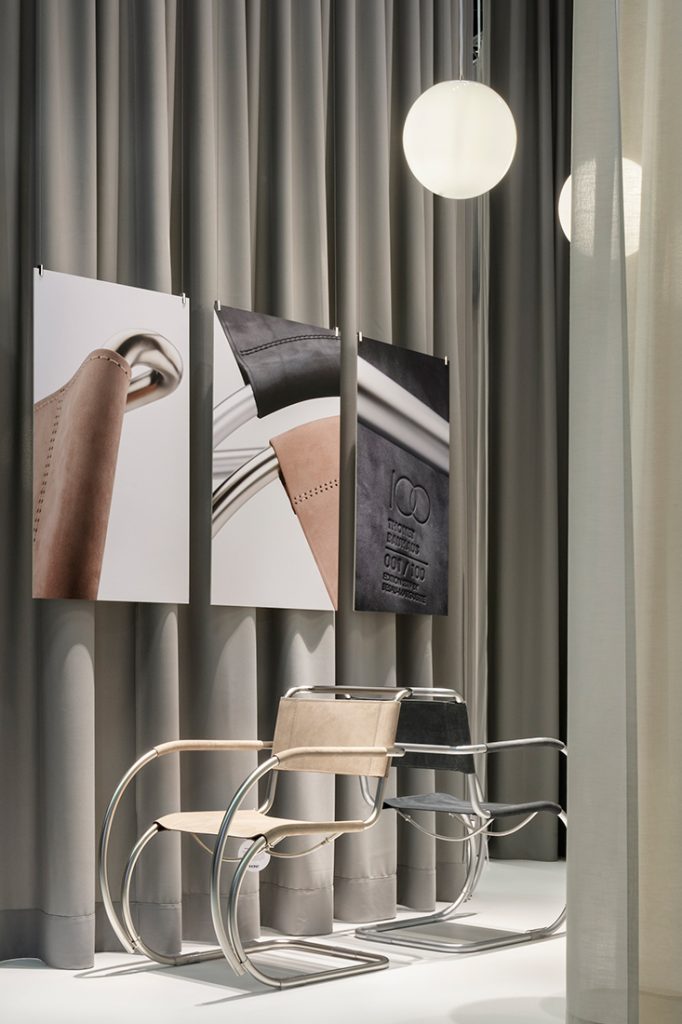 “Café Thonet creates a transfer of the classic into the contemporary, today,” say Marcel Besau and Eva Marguerre. “We wanted to make Thonet’s history visible yet think it forward and inspire people with a topical perspective.”

They add, “With our very graphic trade fair design we wanted to reference the round shapes that are inseparably connected with Thonet. Bending wood and tubular steel is part of the brand’s history – and we illustrate these curved shapes with our textile walls.” In Singapore, Thonet is available from Xtra.