Outdoor Furniture’s Moment In The Sun

Today’s most innovative outdoor furniture brands apply the same level of critical design development as their indoor counterparts. And as we increasingly enjoy outdoor lifestyles, why shouldn’t they? With DEDON, Kettal and Tribu, Xtra has three of the best brands under its roof.

It’s been a long time coming, but outdoor furniture is finally fully enjoying its moment in the sun, so to speak. Patricia Urquiola said it well back in 2011 at the Salone del Mobile in Milan, when she was interviewed by Kettal about the new Vieques collection she had designed for the brand.

“I think the world of outdoor furniture was a bit isolated and fed off itself,” she said, “which I don’t think is ever a good thing. I think it’s come into its own in the last few years.”

The outdoor concept needed the same pampering and care that indoor furniture had been given, she asserted. It has certainly had that in the years since. Long gone are the days of settling for generic folding pool chairs and plastic outdoor armchairs. Today’s discerning outdoor lifestyle enthusiast can choose from an array of cohesive furniture settings with fittingly high-performance attributes. 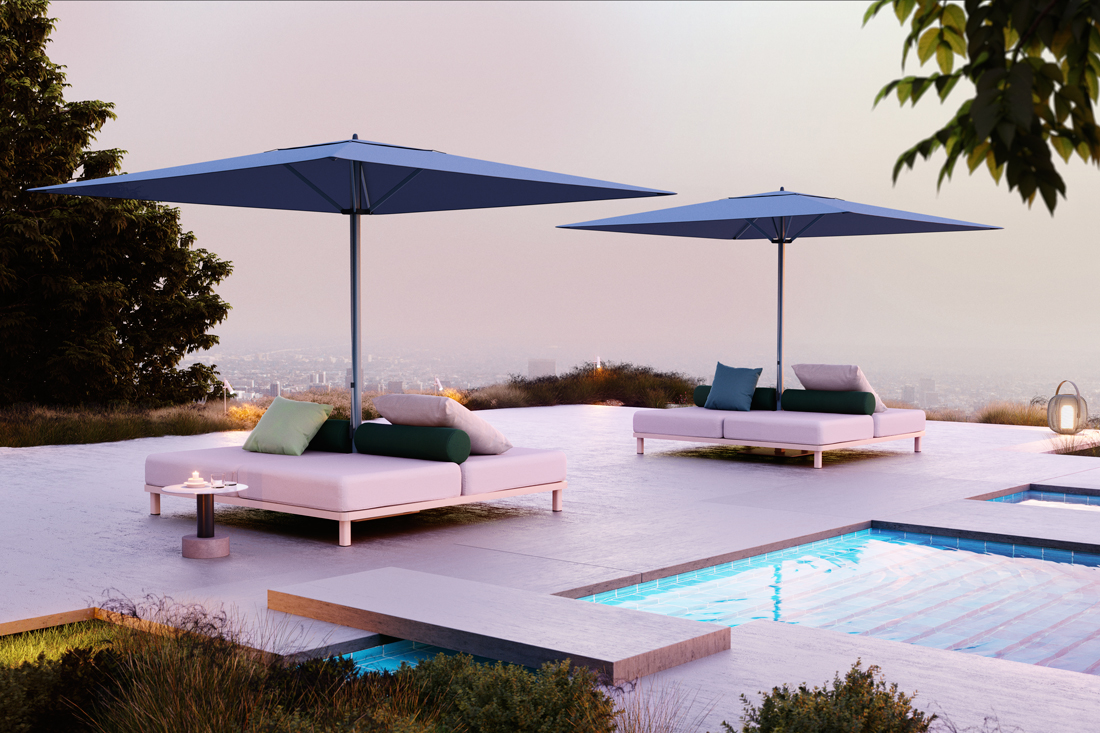 Meteo by Konstantin Grcic for Kettal

These days the new offerings of outdoor brands such as Kettal, DEDON and Tribu at the annual Salone del Mobile are viewed with the same level of regard and critical analysis as the most longstanding of interior furniture brands. And with the growth observed in the outdoor furniture sector, alongside our expanding awareness of the benefits of outdoor spaces for our wellbeing, we might expect the focused attention and sector development to continue.

“Xtra’s first foray into luxury outdoor furniture was through DEDON almost two decades ago,” recalls Lim Choon Hong, founder of the well-known Singaporean dealership. He continues, “Over the years we have continued to expand our brand offerings to now include Kettal and Tribu. Each brand has its own unique design strengths and use of innovative materials and colour. Collectively, in our opinion, they are the top three outdoor brands internationally.”

So what did these three powerhouse brands have to offer this year? DEDON, founded in 1990 and headquartered (perhaps surprisingly) in Germany, manufactures its fibre-based products in the Philippines, drawing on a wealth of weaving expertise. Its 2019 Milan showing included the RILLY daybed designed by GamFratesi and partially enveloped by a fixed canopy of woven rope (described by DEDON as an “island of subtle shading”); the three-seater MBARQ lounge designed by Sebastian Herkner with a protective woven back (ideal for embarking on voyages into conversation); and the versatile SEALINE sofa and coffee table collection designed by Jean-Marie Massaud (with teak and rope) for any season or latitude.

MBARQ by Sebastian Herkner for DEDON

MBARQ by Sebastian Herkner for DEDON


Spanish brand Kettal continued on its innovative path this year with the presentation of not just outdoor furniture and lighting, but a pavilion. The Penthouse from Richard Neutra’s VDL Research House (constructed in 1963) embodied his interest in the relationship between architecture and health. Under the supervision of Richard’s son Dion Neutra, Kettal has adopted updated construction methods and materials while respecting all of the original details of the house. An automated smart home system has also been designed to control the lighting, air conditioning and heating, among other things.

The big names of today’s design industry had a hand in Kettal’s other new releases this year – which included Patricia Urquiola’s Band chairs (an intentional challenge to elaborateness); Doshi Levien’s Bela lamps (each one made with a continuous length of Bela rope); Konstantin Grcic’s Meteo umbrella (updated from 2018 with sofa, table and planter bases); Naoto Fukasawa’s Half Dome lamp (a play on the appearance of the moon); and Rodolfo Dordoni’s adaptable Molo sofa collection.

BAND by Patricia Urquiola for Kettal

BAND by Patricia Urquiola for Kettal

Meteo by Konstantin Grcic for Kettal

Half Dome by Naoto Fukasawa for Kettal

Half Dome by Naoto Fukasawa for Kettal

Molo by Rodolfo Dordoni for Kettal

Tribu from Belgium, like Kettal, was a pioneer in seeing the patio and garden as an extension of the house. This year its new offerings included finely detailed furniture that would look equally at home indoors. Yabu Pushelberg’s Elio seating references sunset and dusk through its form and colour; their Nodi lounger juxtaposes the geometry of an interlaced rope weave with a precise frame structure; Minica Armani’s Tao tables contrast bold pedestals with a super-slim table tops; and Studio Segers’ Senja modular sofa system offers all the configurations you might expect in the indoor landscape.

Elio by Yabu Pushelberg for Tribu

Elio by Yabu Pushelberg for Tribu

Nodi by Yabu Pushelberg for Tribu

Outdoor furniture brands are upping the game. And why shouldn’t they? Find DEDON, Kettal and Tribu at Xtra.