P5’s new Molteni&C | Dada flagship at Winsland House presents the latest from Italy in a dedicated setting that resonates with the brand’s refined approach.

The delicate frontages of our traditional shophouses are one thing; but when it comes to the creation of an intimate introduction to a brand through the shop window, many of Singapore’s retail spaces present a serious challenge. Large expanses of glass give it all away at once, preventing a staged experience of discovery inside the space. The romance is gone before it has had a chance to thrive.

P5 was fortunate to secure a 6,000-square-foot space for its brand partner Molteni&C | Dada at Winsland House – a building that presents its ground-level tenancies in bays that unfold views of the interior in a sequence as one passes by. The elevated floor level transforms the retail space into a stage, prompting an aspect of reverence that is perfectly in line with the Molteni&C | Dada brands. 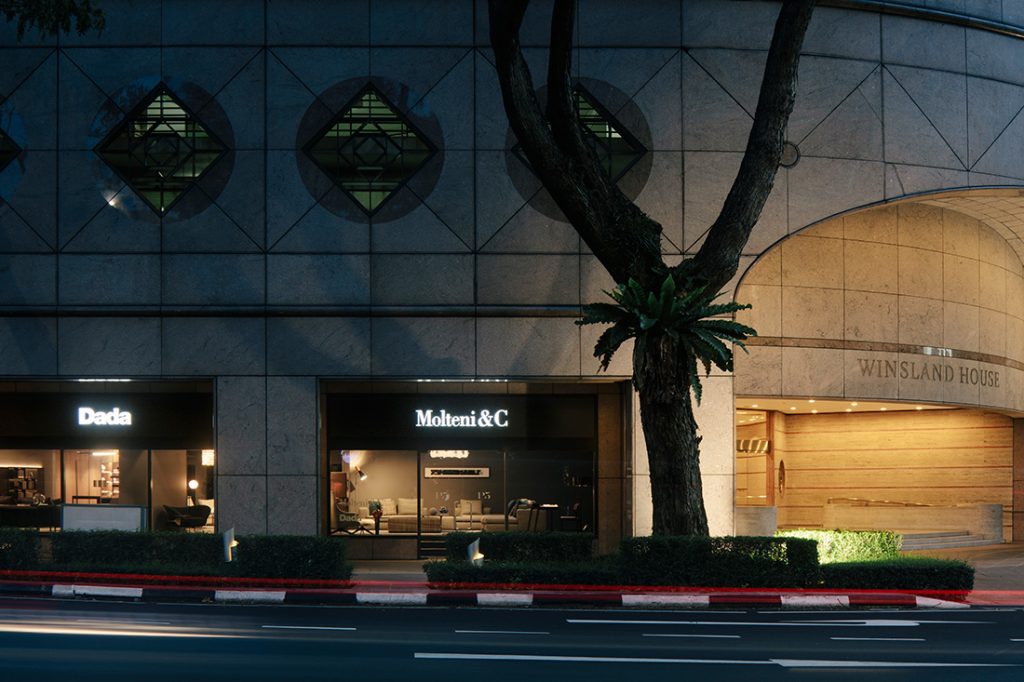 A range of open settings unfolds within the store as one meanders around pillars and corners. Molteni&C sofas, tables and chairs are presented in living and dining arrangements before Dada kitchens establish their presence – reflecting the role of the kitchen as a core social space in today’s homes. 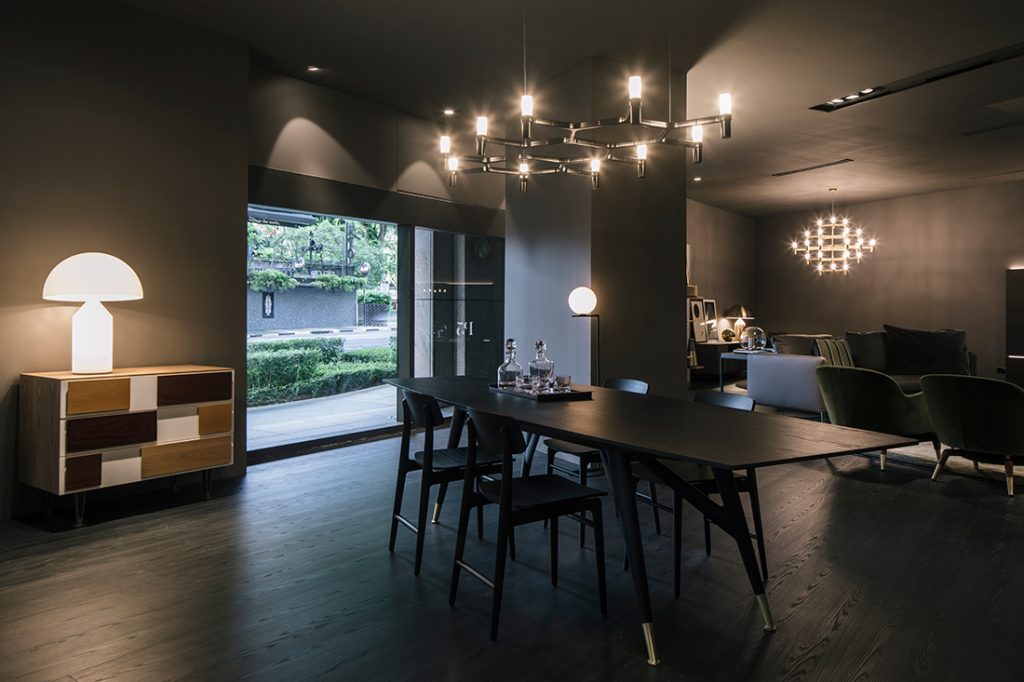 In the furthest, most intimate reaches of the store, Molteni&C wardrobe and bedroom settings offer a quieter experience of these personal areas of the home. 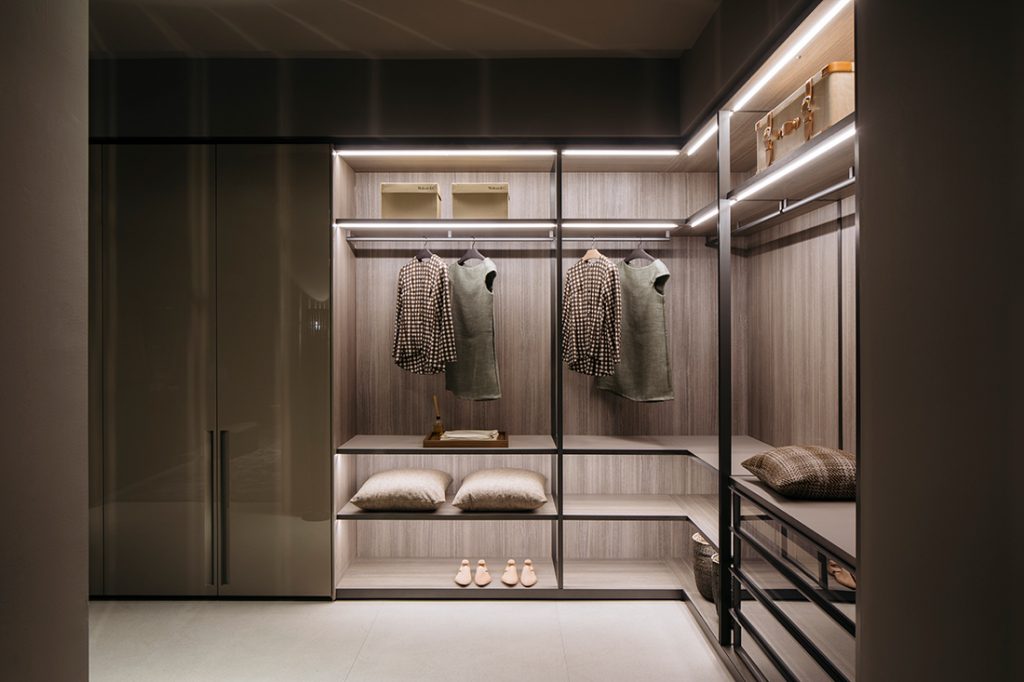 “Our new space is designed so that our patrons feel like they are walking into a home as our friends, not merely customers,” says Calvin Ngo, Vice President of P5. 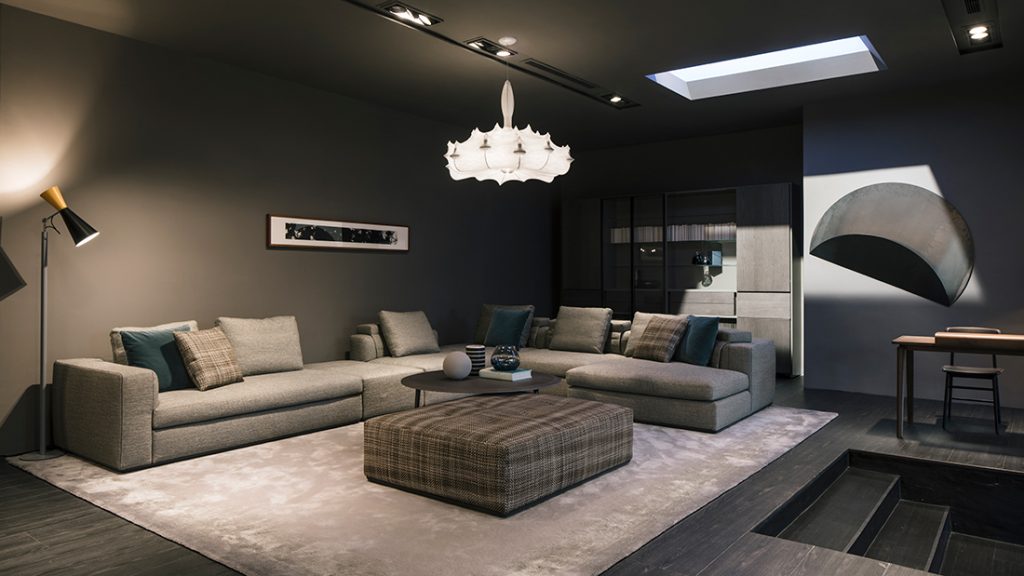 The opening of the space is a milestone for P5, which celebrates its tenth anniversary this year. “We are really happy to have formed a strong partnership with Molteni&C and Dada over the years,” says Ngo. He adds, “This marks a significant milestone in our passion for exquisite, state-of-the-art furniture and kitchen design.” 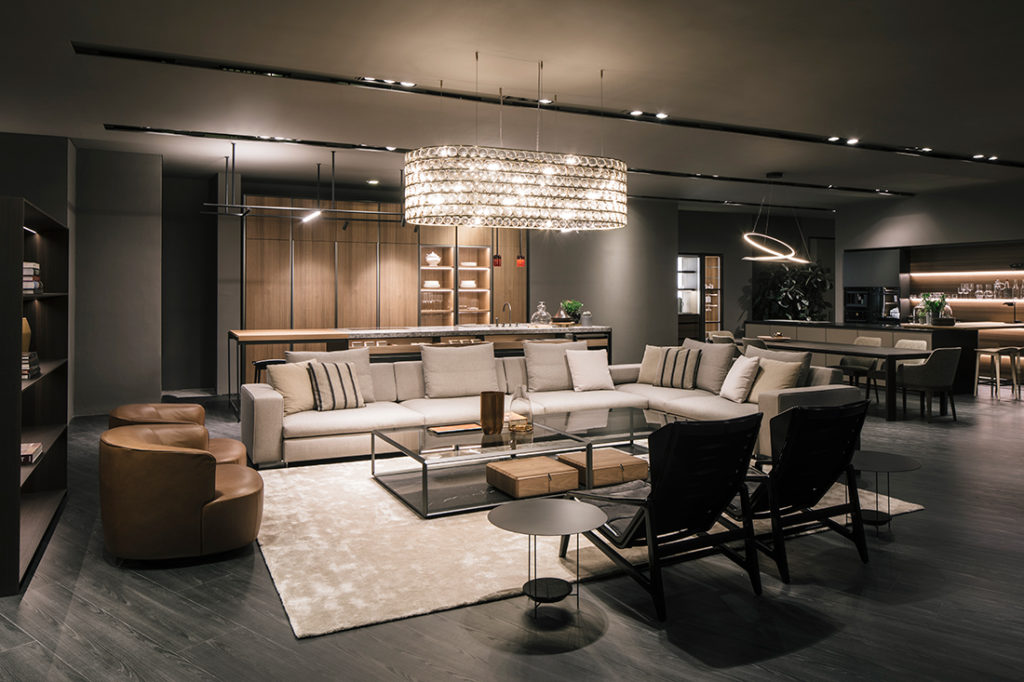 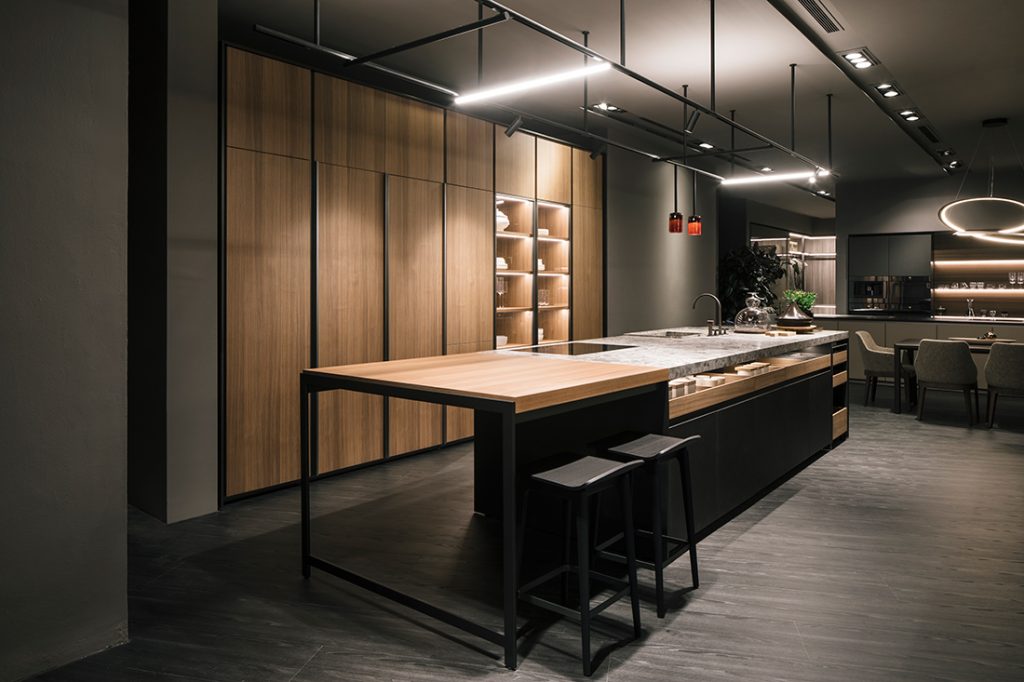 The kitchen presentation includes Hi-Line6 and Prime from Dada’s own R&D team, as well as VVD by Van Duysen. Contributing to the atmosphere are speakers from B&O.

Kensington by Rodolfo Dordoni for Molteni&C

Barbican by by Rodolfo Dordoni for Molteni&C

Teorema by Ron Gilad for Molteni&C

Ava by Foster + Partners for Molteni&C

Prime by by Dada R&D

Indesignlive.sg had the opportunity to sit down with Andrea Molteni, Director of Product Development at the Molteni Group, during the opening festivities. We started by asking which of the Molteni Group’s novelties attracted the most attention at the Salone del Mobile this year. 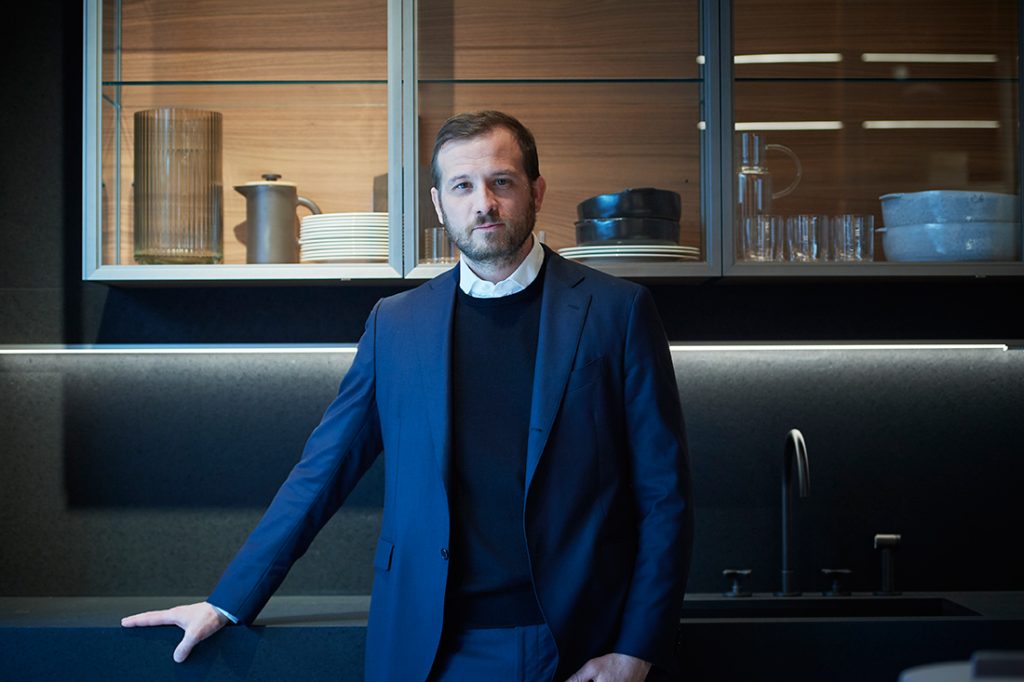 Andrea Molteni, Director of Product Development at the Molteni Group

Vincent Van Duysen’s collection, as well as his overall presentation of the stand (part of his role as the Molteni Group’s Art Director), were particularly well received. Van Duysen’s Ratio kitchen for Dada also made an impression in Milan, with what Molteni describes as “massive volumes and a brutalist kind of design, but with an elegance and a lightness of detail… It was very well received as well.” 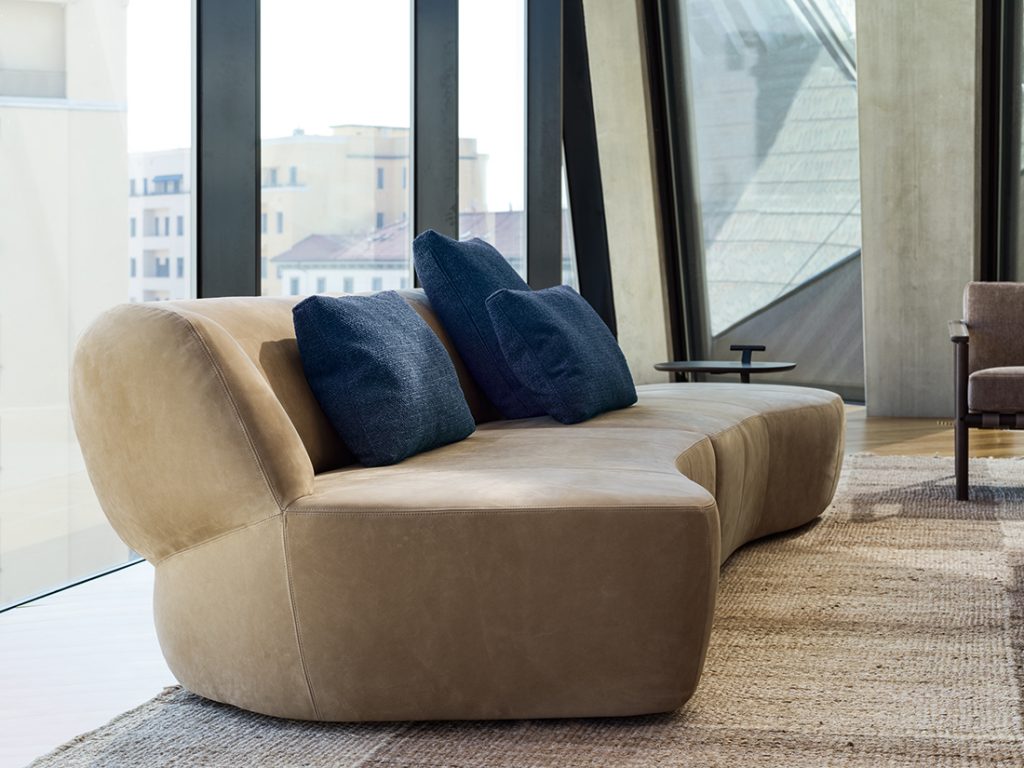 Surf by Yabu Pushelberg for Molteni&C

Yabu Pushelberg’s sofa system Surf captured a lot of interest. “It’s more sculptural than a traditional sofa. It spun out from the experience we had with them on contract projects in the USA,” says Molteni. “It was a new field of exercise for us… a more freeform shape. It was a bit surprising for some clients, in a good way.” 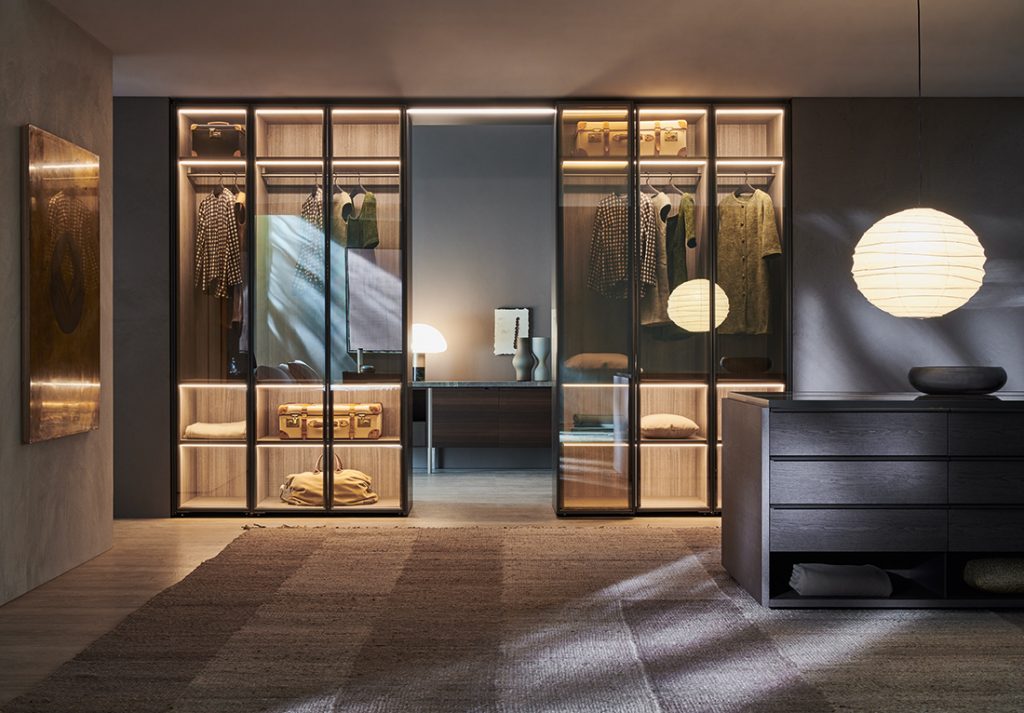 Says Molteni, “We worked very hard on a more technical aspect of innovation for our wardrobe systems, developing new opening systems.” These, he explained, allow the wardrobes to be used by interior designers and architects more as a tool for shaping space. “You can play with different configurations, and bring a third dimension to wardrobes, rather than just putting them flush against a wall.”

“Today I think luxury really comes from simplicity rather than over-complicating things,” says Molteni. As opposed to “rocket science innovations” that have a primary purpose of surprising people, he seeks longevity and relevance in product development through a balance between simplicity and technical content.

“Today I think luxury really comes from simplicity rather than over-complicating things.”

This is nicely in line with the Molteni Group’s approach to sustainability. “I think good design has always been thinking about how intelligently you can make things. This means wasting no energy and no material,” says Molteni, and extends to a favouring of mechanical connections rather than glues.

Do tastes in Asia differ considerably from tastes in Europe? “Five to six years ago, the Asian markets had certain requests on finishes and lacquering. High gloss was the top request; you could not do a single product without the option to have it in high gloss,” he recalls. “Nowadays influences and tastes are really mutually influencing each other.”

Twelve AM bed collection by Neri&Hu for Molteni&C

When working with Shanghai-based Neri&Hu on the Twelve AM bed collection, Molteni&C incorporated intelligence from the designers on the Asian market’s needs – such as the desire for smaller bed dimensions to suit smaller apartment sizes. “The European market accepted it without blinking; everybody’s starting to speak really a common language,” suggests Molteni.

“We don’t have a specific approach to developing products for the Asian market. Now we work for a global clientele in a global architecture and design community, which is more interconnected. People are traveling all over the place… Taste is flowing a lot faster these days.” 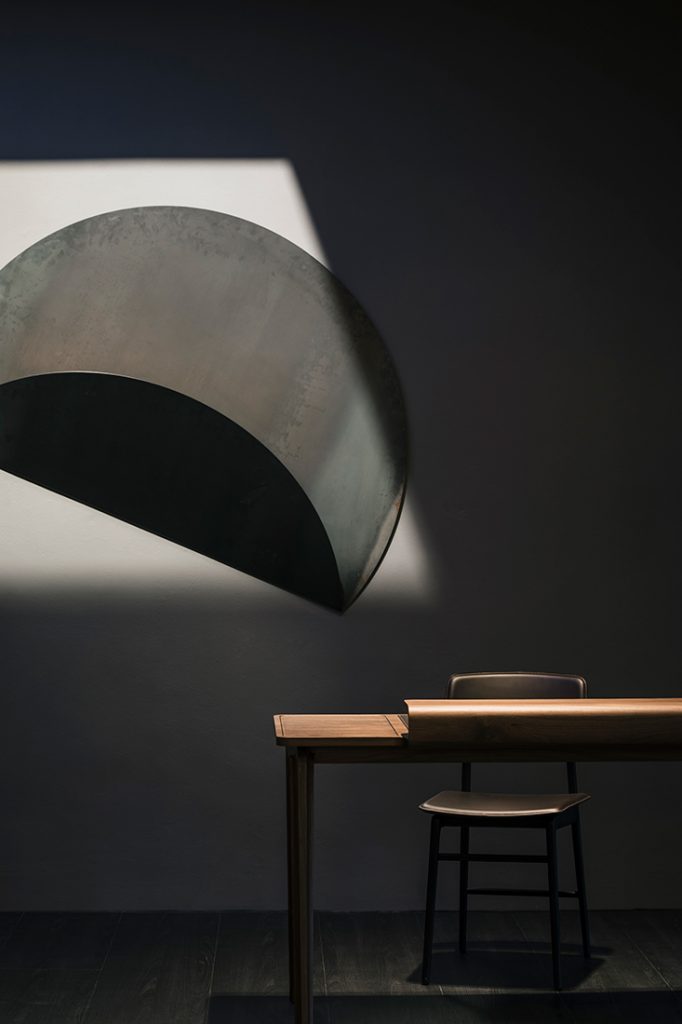