Salone del Mobile never has a shortage of chairs. We’ve picked out six that show why there’s still value in reinventing that wheel.

Vimini by Patricia Urquiola for Kettal

Vimini looks comforting and familiar, and that was exactly the intent of Patricia Urquiola. Vimini arose out of a conversation the designer had with Kettal about Nanna Ditzel and her Basket chair (designed with Jorgen Ditzel) – the 1950 wicker piece that has a firm place in the Kettal catalogue. 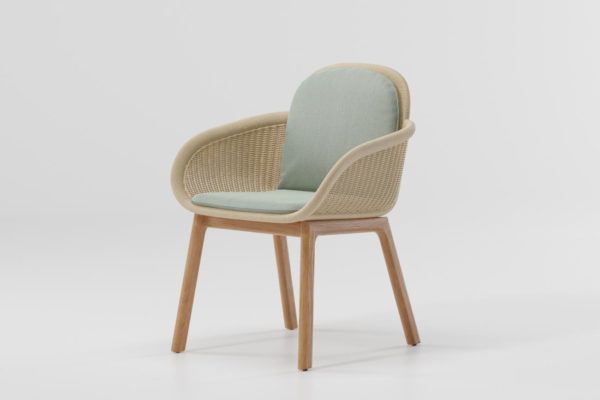 “It doesn’t have the same modernist spirit as the Basket,” says Urquiola of Vimini, but it’s familiar enough that, when you get close, it stirs a memory and makes you feel at home. That’s what it was, more or less – an object of memory.” The Vimini collection also includes sofas and side tables. 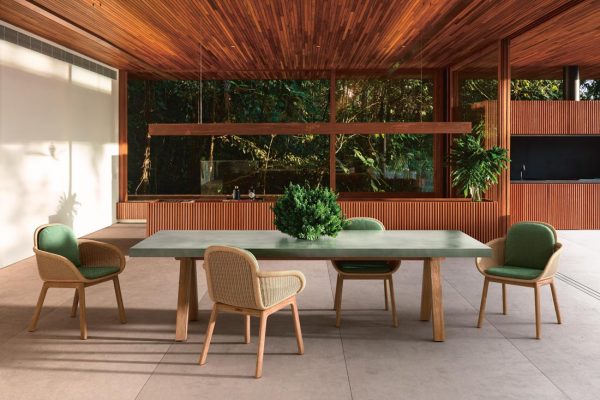 In Singapore, Kettal is available at P5 and Xtra.

Berlin-based design duo Geckeler Michels have created a versatile, plain-speaking chair that slides as comfortably into the Karimoku New Standard portfolio as it will into professional applications – meeting rooms, lecture halls and even restaurants. 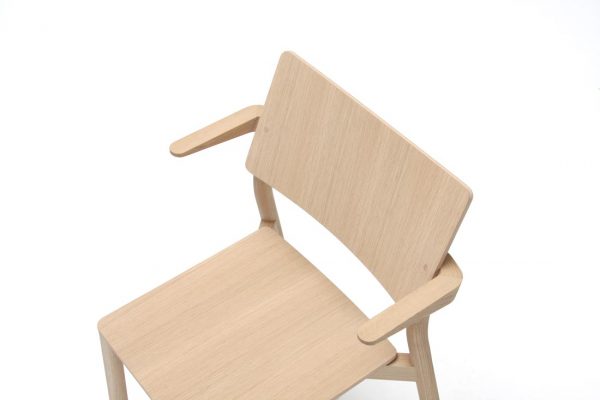 The chair is made entirely with sustainably sourced Japanese oak. The thin, but generously proportioned bent plywood seat and backrest evoke sheets of paper. Compact armrests allow the chair to be hung over the edge of the table, and runners allow a forward-titling notion for active working. 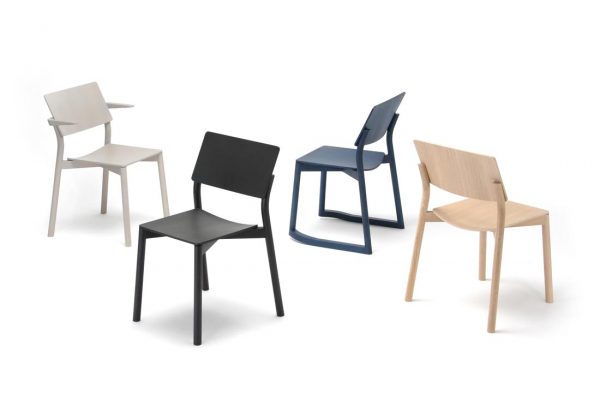 In Singapore, Karimoku New Standard is available at Stylecraft.

The masters of Spanish quirk, BD Barcelona are at it again with the release of the Grasso chair. Designed by Stephen Burks, Grasso is a voluptuous occasional chair, spilling over with curves in its design. Wanting to visually create an overstuffed, upholstered chair, the Grasso takes it to the next level with an exaggerated form. 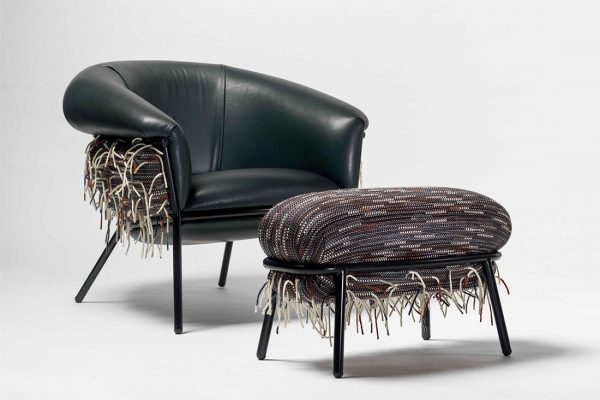 A further collaboration with Bolon has seen the chair recreated with an experimental textile, developed specifically for the project by the sustainable Swedish brand. Some hand-finished details just add an extra touch. 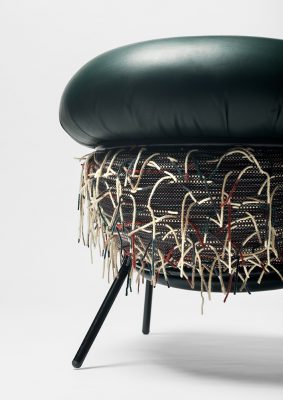 In Singapore, BD Barcelona is available at Xtra.

FLW designed Taliesin 1 in 1949 for the living room of his Taliesin West home and studio in Arizona. It has a complex geometric structure that ensures its stability, and, incredibly, it’s constructed from a single piece of folded plywood. 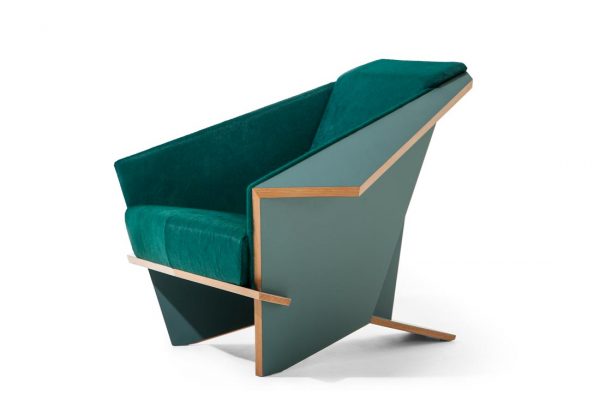 Cassina first released a re-edition of this chair between 1986 and 1990. At that time it was still seen as too avant garde. Thirty years later, we think it will hit the right note. 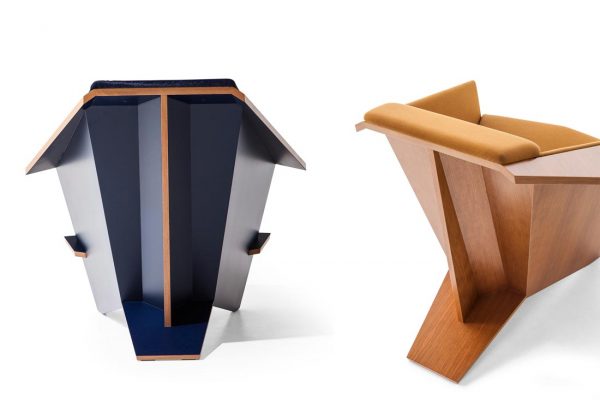 In Singapore, Cassina is available at Space Furniture.

Another re-edition – this time a 1959 piece from Carlo Mollino. Fenis is a fusion of the surreal and organic. The chair was designed for the Turin Faculty of Architecture but we think it has the character of a domestic sculpture. It’s produced in solid maple (natural or painted black) and each piece is numbered (very art like). 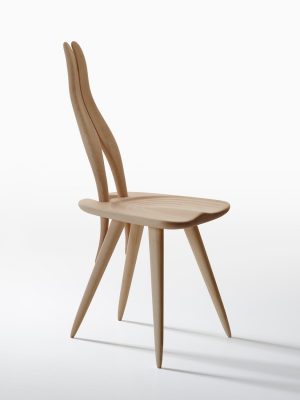 Zanotta originally produced Fenis from 1985 to 1996 when an extensive collection of Mollino’s products entered the Zanotta catalogue.

In Singapore, Zanotta is available at W. Atelier.

Fritz Hansen’s first all timber chair in some time, the N01 Dining chair feels like an instant classic. The Danish furniture brand brought on board Japanese wunderkind Oki Sato of Nendo to realise a chair that is simple, elegant and finely detailed. 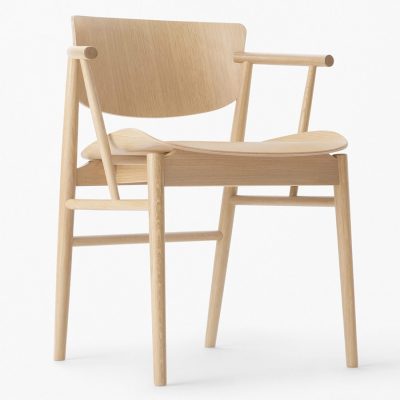 Of course, these are common descriptors for chairs, but the N01 manages to be just that bit extra in its execution. This piece is all about the joining of timber and the smooth curve of nine layers of veneer. 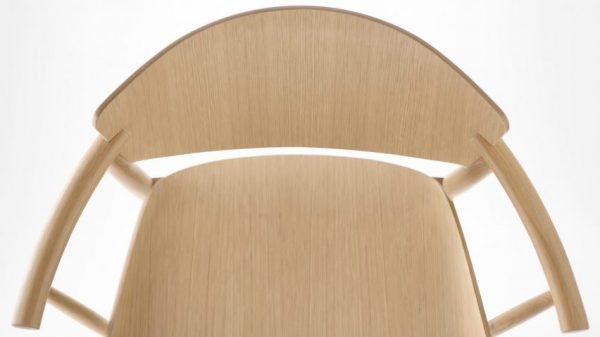 In Singapore, Fritz Hansen is available at W. Atelier.

Stay tuned for more of or top picks from the fair.