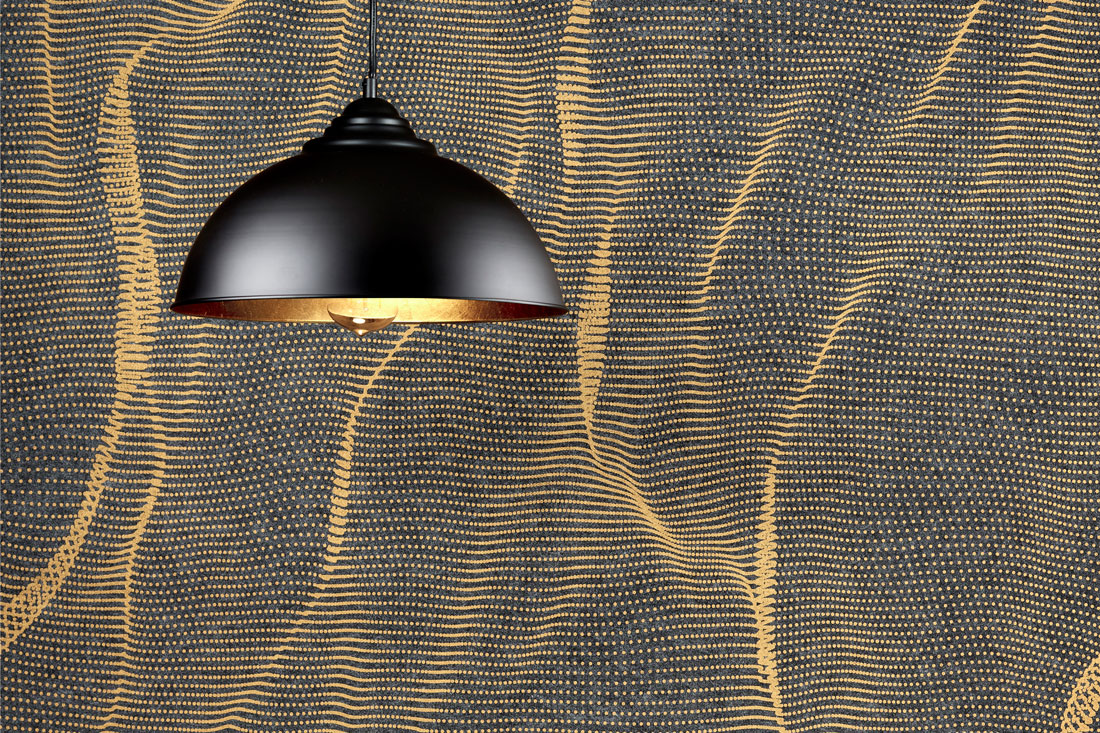 Muse Fluid evokes the movement of the ocean and is offered in five colourways: Ice, Ivory, Goldeneye, Lavender and Emerald. 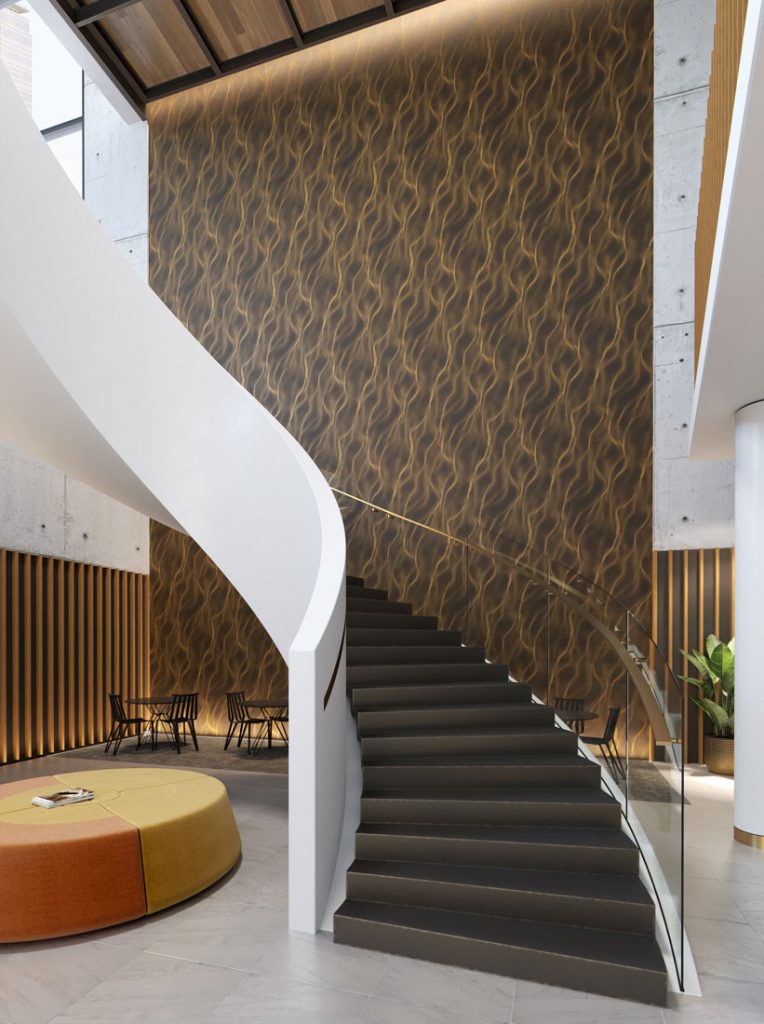 Muse Cloud produces a cloud-like effect and is offered in three colourways: Sandstone, Starlight and Foam. 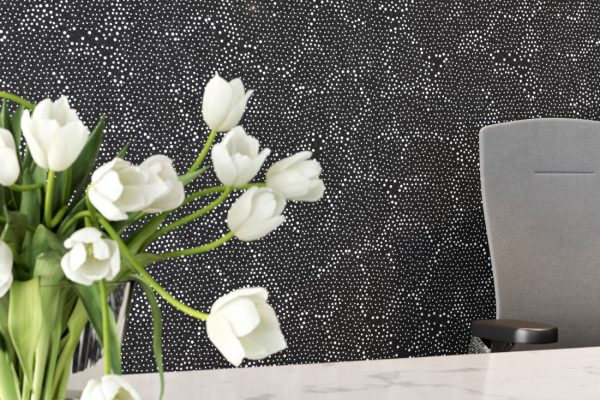 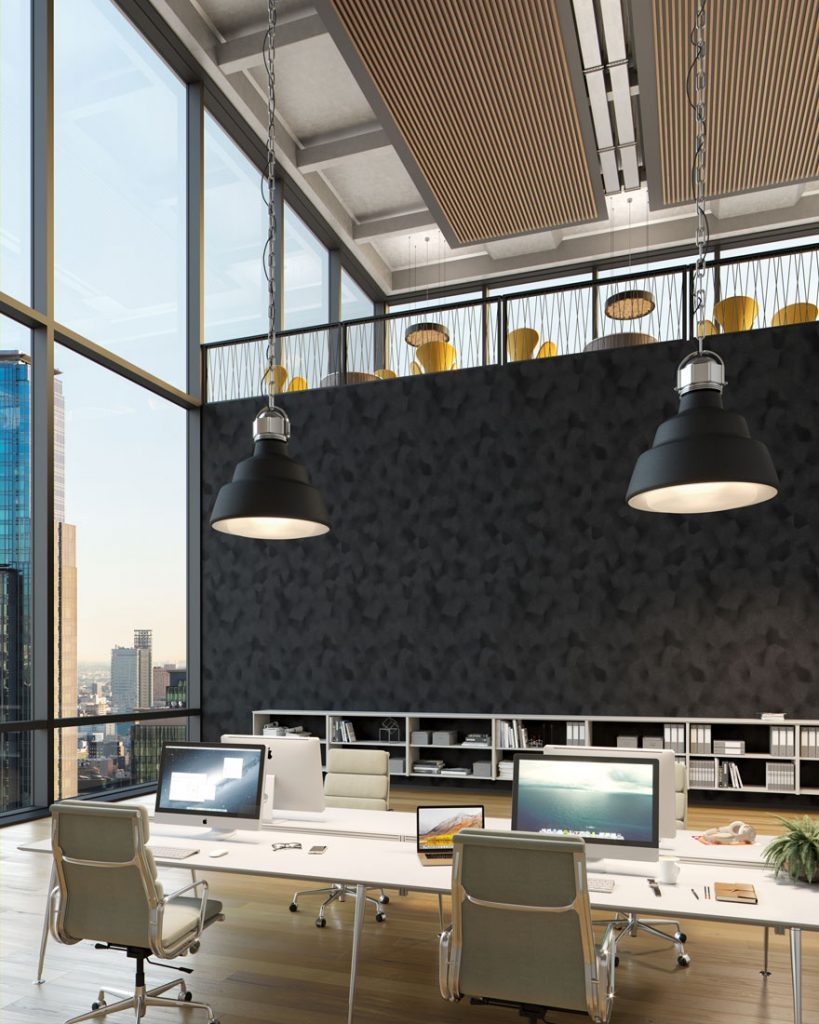 “I believe these designs are genuinely cutting edge,” comments Young. “It seems to me that an industrial design office is going to take a different approach to creating a pattern than an artist or even a graphic designer.” 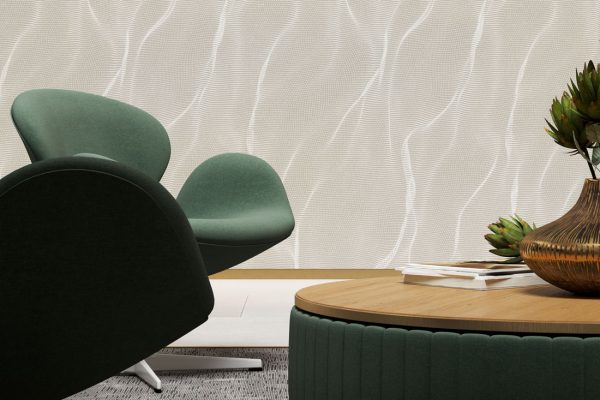 Young explains: “By setting up an animated algorithm we generated a changing two-dimensional pattern and freed the animation at a particular point to build the final image.

“In other words, we are not creating conceptual decoration but technical decoration. The finished results look wonderfully mathematical,” he added. 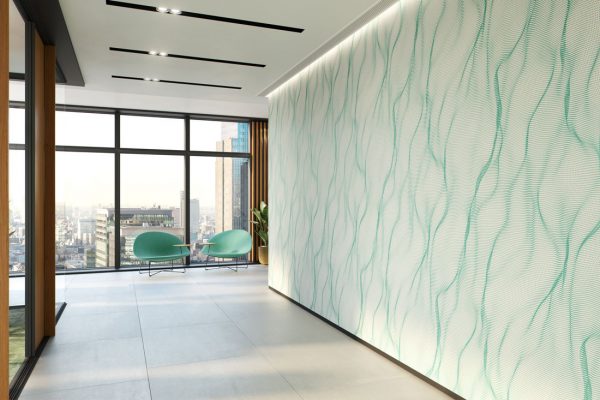 Designed for seamless floor-to-ceiling applications in commercial interiors, the collection is offered in 1,180mm x 2,800mm panels in 9mm thickness. Each panel weighs approximately 5.86 kilogrammes and is manufactured using 68 per cent recycled PET.

Muse aims to reduce noise in commercial settings, achieving an excellent Noise Reduction Coefficient rating of 0.30 for installations without an air gap and up to 0.75 with a 50mm air gap.