A culmination of Poul Henningsen’s studies of light and its effect on well-being, the PH 2/2 Question Mark exemplifies the ingenuity and craftsmanship of the Danish ‘master of soft light.’ 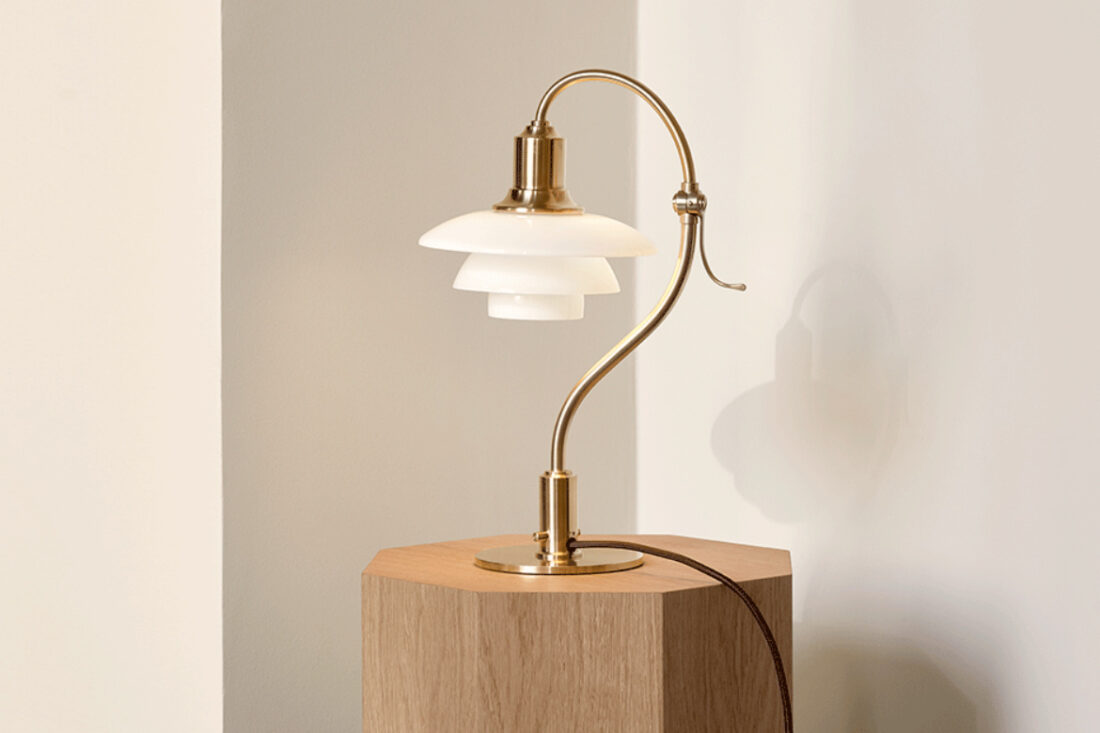 The multi-hyphenate Poul Henningsen was ahead of his time when he introduced his first PH lamp in 1926 through the lighting manufacturer Louis Poulsen. Henningsen, who dedicated his life to studying the importance of light on human well-being, saw electric light as a way to improve the home and work environment and spent much of his time working on ways to create softer and more diffused lighting as an alternative to direct glare emanating from electric light sources.

The desire for glare-free lighting

Henningsen’s upbringing, in many ways, influenced the way he saw the relationship between people and light. Growing up at the turn of the 20th century in a small Danish town without electricity, the designer found value in soft gas lighting of his youth and wanted to recreate the delicate softness that the directness of the then-new electric light bulb could not replicate.

The result of Henningsen’s research and desire to achieve pleasant, glare-free lighting was the now instantly-recognisable, multi-shade PH lamp shape that the designer continued to develop and reinvent during his life. His three-shade system directed a majority of the light downwards, avoiding direct glare as the designer intended while radiating a pleasant and delicate glow.

Henningsen’s subsequent iterations continued to evolve. His objective was to achieve even light distribution and reduction of glare, which determined the size, position and shape of the multi-layered light fixtures’ shades.

The dawn of the PH 2/2 Question Mark

One of such iterations was Henningsen’s PH 2/2 Question Mark lamp that made its debut in 1931. An instantly recognisable classic due to the curvature of the lamp stem and the signature three-shade system that showcased the culmination of Henningsen’s studies in light and aesthetics, the lamp became an instant hit after its release and was produced until the mid-1950s in brass and with multiple coloured glass shapes and various shade holders.

The beloved classic is now back as a limited edition with a brass frame and opal glass shades as part of Louis Poulsen’s launch, reviving the instantly-recognisable icon for a limited time.

Like all of Henningsen’s classics, the PH 2/2 Question Mark features the inimitable reflecting multi-shade system, with an adjustable upper part that can be tilted 45 degrees to the right or left for more flexibility. The lamp’s shades, made of mouth-blown triple-layered opal glass, lend a testament to craftsmanship and attention to aesthetics that are signature to Henningsen’s designs and Louis Poulsen’s range of product offerings.

True to the DNA of Louis Poulsen, the PH 2/2 Question Mark is a modern-day classic that reaffirms Henningsen’s studies of light and human comfort, which are as relevant now as they were in the early 20th century. With its glare-free, downward-directed light and triple-layered, glossy on top and matte on the underside, opal glass providing a soft and uniform light distribution, the fixture is a combination of elegance and functionality – a timeless and tasteful addition to any interior space.

In Singapore, the limited edition PH 2/2 Question Mark is available at XTRA until 31 December 2021.

Related: An icon turns 50: Panthella goes medium and gets a new finish