Unlike conventional showers, the flow of water from Hansgrohe’s PowderRain showerhead is not so much in droplets as a fine spray that thoroughly moistens the skin – the result of a series of carefully engineered silicone nozzles. 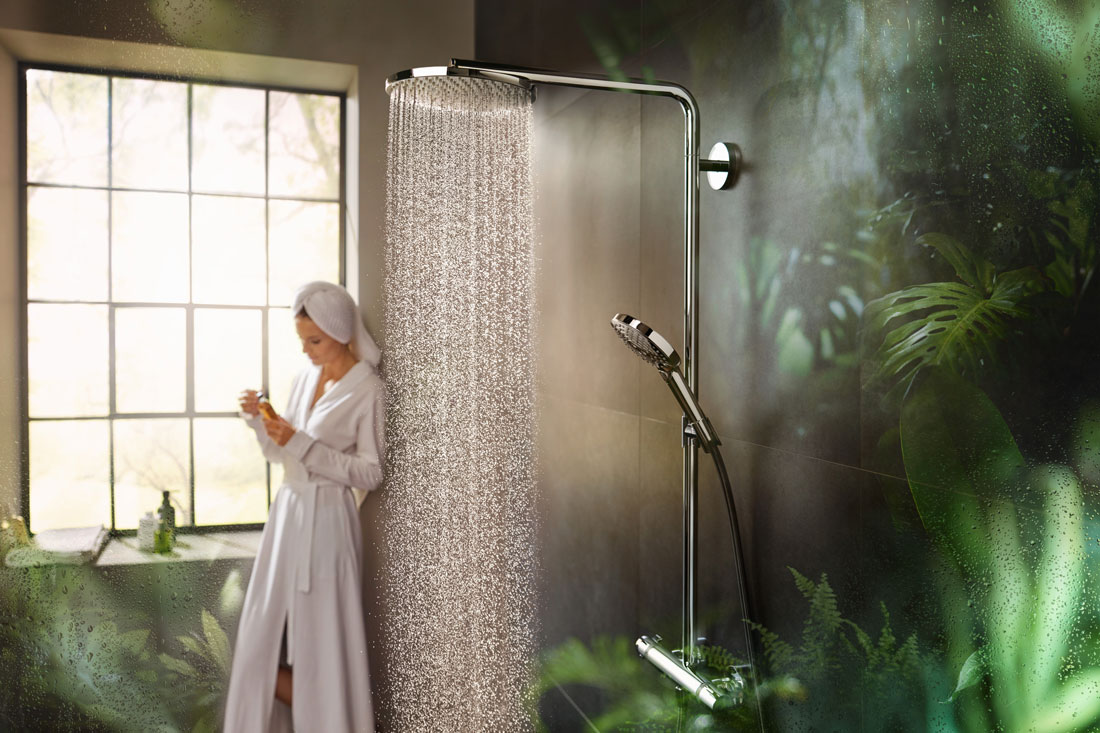 You need to feel the flow of water from Hansgrohe’s PowderRain showerhead to fully appreciate the effect. Unlike conventional showers, the flow is not so much in droplets as a fine spray that thoroughly moistens the skin. Instead of a few large droplets, dozens of small water droplets are released from the spray disc. Rather than bouncing off the skin, they softly envelop it. 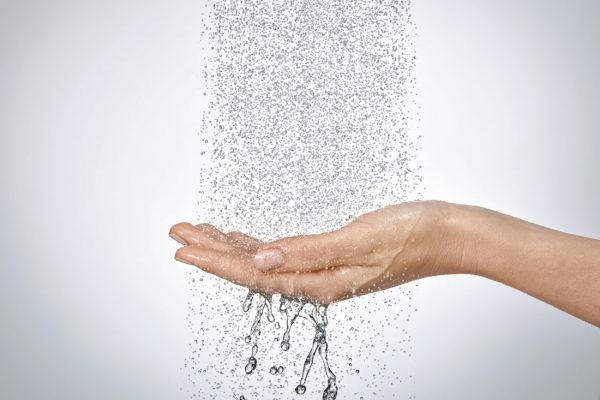 The secret to this ultra-fine spray is a series of carefully engineered silicone nozzles. “The key is in the amount, arrangement, size and production of the finest silicone nozzles,” says Jan Heisterhagen, Vice President Product Management at Hansgrohe SE. Instead of one spray outlet per nozzle, as is the case with conventional shower jets, PowderRain has six fine openings that spray thousands of microdroplets.

What’s more, the spray outlets in standard showers are in the range of 0.6 to 1.2mm in diameter. By way of comparison, PowderRain nozzles have an opening diameter of just 0.35mm. Therefore, a greater number of outlets may be played on the spray disc. “And they are arranged more densely as well, which intensifies the moistening of the skin,” says Heisterhagen. 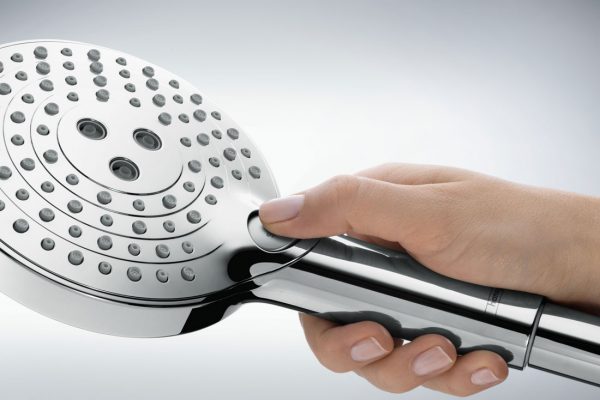 The ideal distance between, and distribution of the nozzles were determined by Hansgrohe’s countless tests and studies of their behaviour with different levels of water pressure. “The possibilities to design water are endless,” says Heisterhagen.

Aside from the delicate sensation, PowderRain offers additional benefits. Its gentle spray means it’s quieter; Hansgrohe’s sound laboratory experts were able to reduce shower sounds emanating from PowderRain by about 20 per cent. 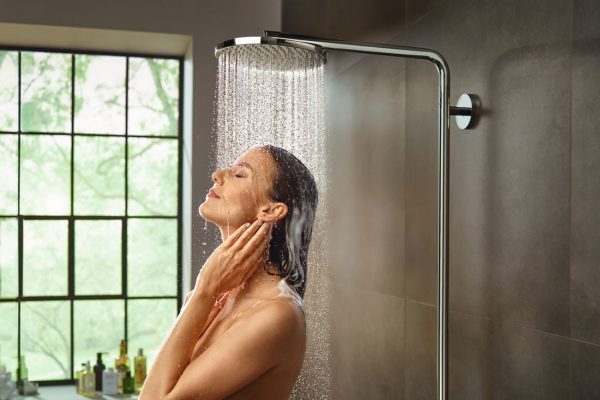 What’s more, since it splashes less, it entails less cleaning in the shower area. Additionally, water consumption has been reduced, but PowderRain still effectively rinses out shampoo. In handheld showers, PowderRain reduces water consumption by about 30 per cent to just 12 litres per minute.

PowderRain is available in the Hansgrohe Raindance Select S 120 handheld shower, indicated by the initial ‘P’. But this gentle shower experience is also available across the range of Raindance overhead showers, shower sets and showerpipes in combination with concealed and surface-mounted mixers and thermostats.