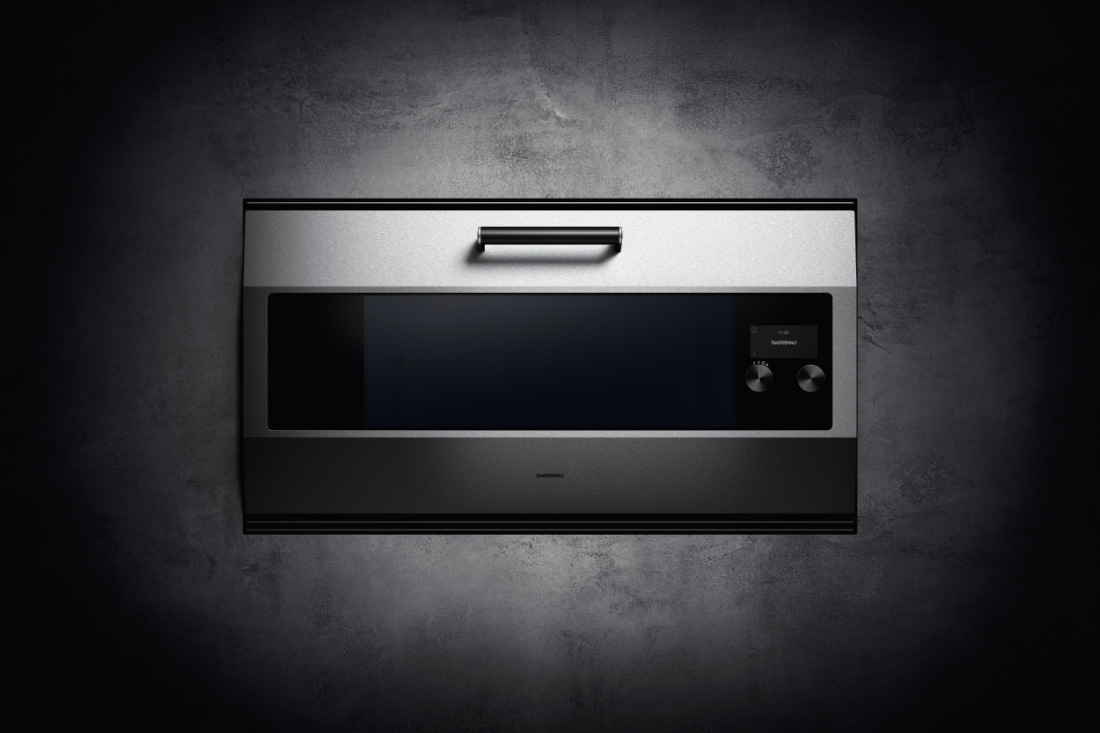 The tagline ‘The difference is Gaggenau’ is not merely a catchphrase the kitchen appliance brand coined to grab one’s attention. It actually holds true and gives weight to its innovative product offerings that are always ahead of the curve, underpinned by the German brand’s heritage and artistry over centuries. Gaggenau’s iconic 90-centimetre oven best exemplifies the brand’s spirit and traditional avant-garde design philosophy.

Inspired by the substantial American range cookers, Georg von Blanquet, owner of Gaggenau and passionate private chef, introduced the 90-centimere EB 374 oven in 1986. The cavernous oven was a novelty in Europe at the time and elevated the kitchen space. The EB 374 became a favourite of private chefs for the next three decades as it allowed for higher volumes of food to be cooked at the same time and matched the performance of industrial oven.

“The story of the 90-centimetre oven is the evolution of an icon,” says Sven Baacke, Head of Design, Gaggenu. “It stands for our brand like no other product. It stands for consistency in a world that is very fast moving.”

Aptly dubbed by the brand as ‘the most Gaggenau of all its products’, the EB 333 oven was released in 2016 to celebrate Gaggenau’s 333rd anniversary. Building on the quintessential EB 374 model from the ‘80s, the new classic epitomises the iconic evolution of the brand through a striking combination of imposingly purist aesthetic and unmatched gastronomic performance.

A single sheet of three-millimetre stainless steel forms the 90-centimetre door panel that opens and soft-closes with ease, belying its hefty weight of 20 kilograms. Another deceptive feature is the glass panel – composed of five layers of glass – on the EB 333 door that stays cool to the touch while the oven cavity rages up to 300 degrees Celcius. Carefully formulated to insulate without distorting colours, the thick glass panel allows users to check on the food without the need to open the oven door.

While the timeless and original design character of the oven was retained, technological advances were introduced. The user interface of the EB 333 has been elevated with a new TFT touch display for a more intuitive operation.

The predominantly hand-made oven undoubtedly stands outs in a world of machine-made kitchen appliances. Unlike mass-produced operation, “it takes a maximum of three people to put together all the components to assemble the oven,” shares Jörg Neuner, Responsible Gaggenau Brand Center, Lipsheim. “[The process] takes almost one and a half hour, and we make only six to eight pieces a day.” This itself is telling of the level of craftsmanship required to craft the EB 333 oven and Gaggenau’s respect for quality control.