The result of a decade of development, Dyson’s Cu-Beam Duo suspended light provides flexible control for up and down light that can last for 180,000 hours, or approximately 37 years.

Known for its state-of-the-art vacuum cleaners and air purifiers, global technology company Dyson launched its first lighting product in the UK in 2015, and it is now available in the Singapore market. Launched in late January at the Singapore Institute of Architects’ headquarters, Dyson’s Cu-Beam Duo suspended light provides up and down lighting maximised for workspaces.

“LED lights are a more sustainable replacement of fluorescent lights, but the problem is the heat. Without a proper cooling system, LED would have a short lifespan and the quality of light would drop, creating uneven lighting,” says Will Darvill, Design Manager for Dyson’s lighting category. “And when one light changes, you need to replace all of them because you assume the others would follow and that would be costly for clients,” he adds. 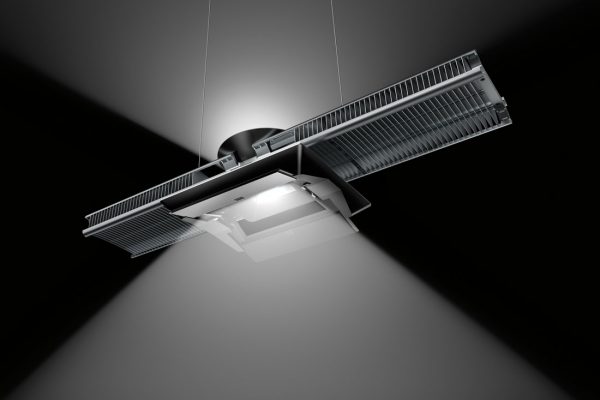 Dyson’s Cu-Beam Duo is named after its patented copper heat pipe technology. The light’s drone-like silhouette houses six vacuum-sealed copper tubes with water that serves as an effective cooling system. Heat energy is dissipated evenly through a series of aluminium fins, which form the light’s wings.

This mechanism enables the light to use high-powered LED with a potential lifespan of 180,000 hours. “Divided by average business hours, that translates to about 37 years,” says Darvill. That’s 37 years of quality light that closely mimics natural daylight. 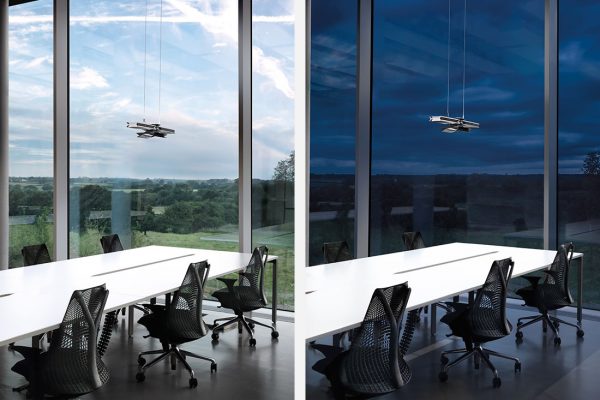 The Cu-Beam Duo had been in the making for a decade and used in Dyson’s UK headquarters for three years before it was debuted to the market. “We did the same thing in Singapore. We have used it in our office [Dyson Technology Centre Singapore] since its opening last year,” says Darvill.

The light also features a custom-built driver (with adjustable one-touch shutters) that splits the ratio of light to suit different tasks throughout the day. More light can be directed upwards during presentations so the screen would become a focal point in the room, while more light can be directed downward during meetings to illuminate the table. And outside of working hours, ‘fill’ up light provides a comfortable blanket ambient illumination ideal for maintenance staff. 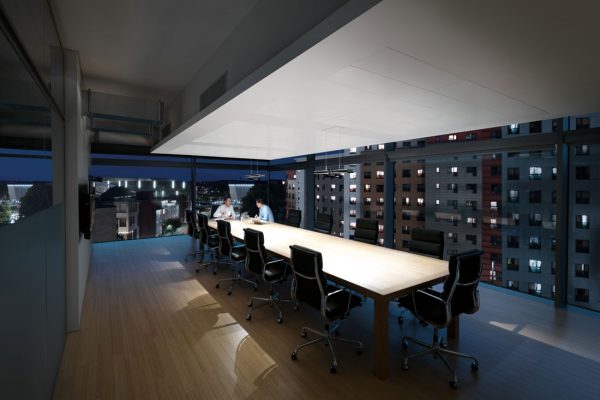