Over the decades, many designs have come and gone. But some designs have stood the test of time, never to be forgotten. The Cassina LC4 chaise longue à reglage continu falls in this category. Iconic, ageless and one of a kind, the chaise longue continues to intrigue design lovers around the world. While the LC4 chaise longue à reglage continu is named after Le Corbusier, the story of its birth in 1928 begins with a remarkable history involving an exceptional woman. At a time when female designers were fewer than now, there was a talented designer named Charlotte Perriand.

Perriand was a promising student who graduated in 1925 when Art Deco was flourishing, and Paris was known as one of the Art Deco capitals of the world. Despite her little interest in the decorative arts, she became known in 1927 when she exhibited a silver cabinet made of violet wood, glass and metal at a fair. That same year, Perriand made a breakthrough that rendered the decorative aspect no longer critical. Her use of steel and metal, and rationalisation of space, propelled functionality in home and furniture as the way forward. 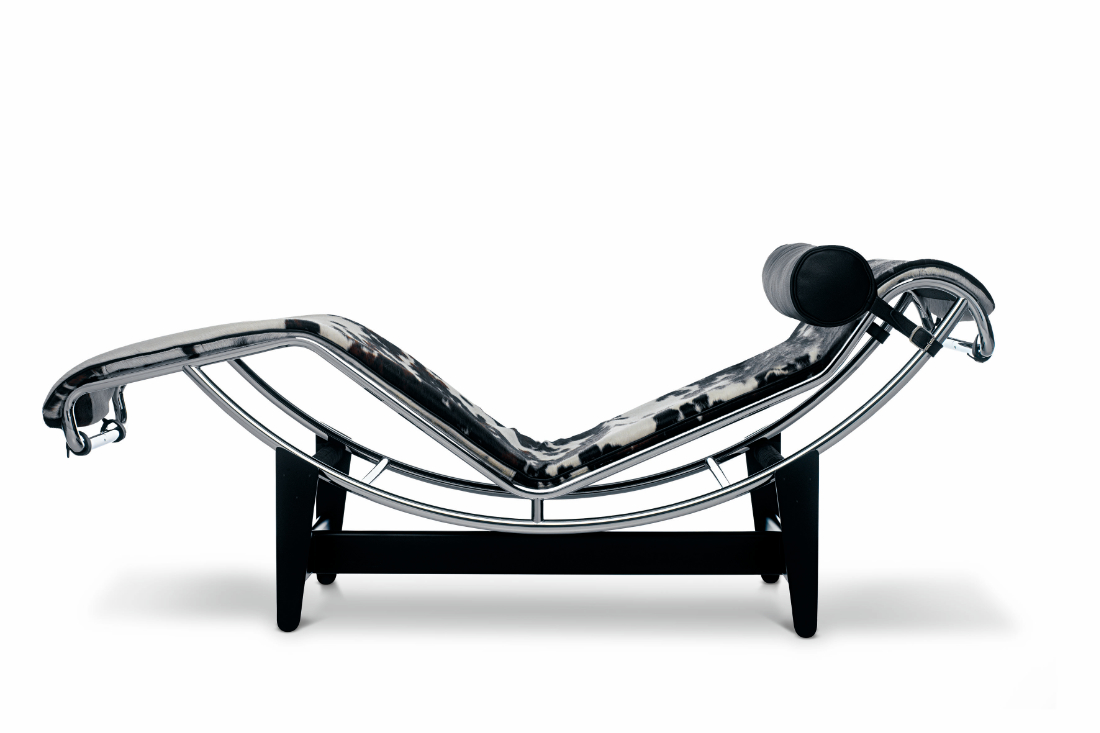 Enter Le Corbusier, a world-renowned architect known for being too avant-garde, in this story. Perriand decided to reach out to Le Corbusier, who visited her flat and saw that her seating furniture aligned with his visions of furniture and sitting. That led to a partnership that involved Le Corbusier, Perriand and Pierre Jeanneret.

Studying the ergonomics of seating, Perriand was fascinated by the half-rest position, which led to several iterations of the LC4. Inspired by furniture designs of the day, the chaise longue developed its form when Perriand found inspiration from the Thonet rocking chair and a catalogue of aeronautical products to form the now-famous H-shaped base that supports the four conical legs.

Exhibited at the Paris Salon d’Automne in 1929, the LC4 made waves for embodying the relationship between form and function. The prototype of the rocking chaise longue features a leather-clad support with a steel wire structure attached to the metal frame via springs. At that time, it was yet unnamed the LC4 chaise longue à reglage continu. 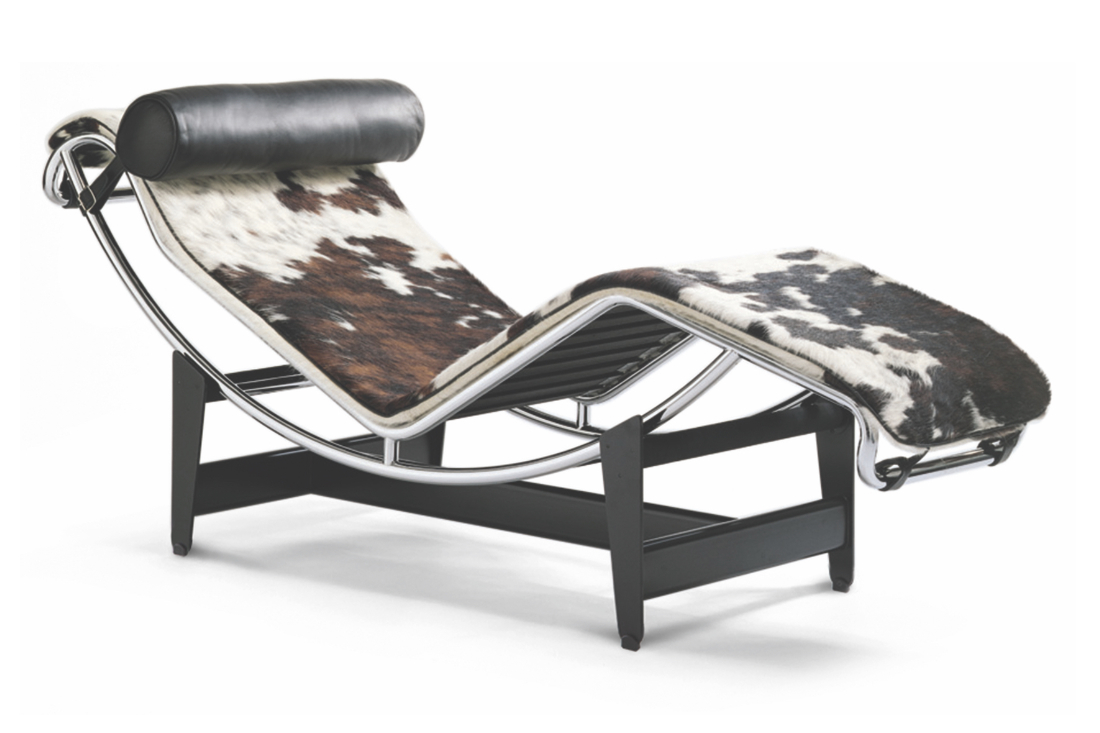 At about the same time, in 1927, the Italian company Cassina was established, starting with cabinet making and production of coffee tables designed in-house. A split of its design and production areas followed when it began partnering with external architects and designers. Cassina launched industrial design in Italy during the 1950s when it took a radical approach. Instead of hand-craftsmanship, it turned to serial production. Cassina was groundbreaking due to its focus on research and innovation. In 1964, the paths of the LC4 and Cassina met when Perriand led Cassina and reissued the furniture under the new name LC4 chaise longue à reglage continu.

In the 21st century, Cassina continues to explore and showcase ways of living that evolve with our times. The LC4 chaise longue à reglage continu remains a stalwart in its catalogue for its avant-garde design that remains at the front of innovative thinking. With its striking, unforgettable form modelled on the natural contours of the body for elevated comfort, the Cassina LC4 chaise longue à reglage continu keeps the balance between design purity and comfort, making it the timeless global icon it is today.

Cassina is distributed by W. Atelier.