An Avant-Garde Perspective From Cassina

The Cassina archives contain furniture dating back more than a century, sitting cohesively alongside innovations from today’s design leaders. The thread that binds them is a conscious and futuristic design approach married with excellence.

Perspective is everything when it comes to design. And in the case of Cassina, perspective aligns strongly with avant-gardism.

Bringing that message home to Cassina’s Milan showroom during Milan Design Week 2019, The Cassina Perspective was a showcase of iconic and new designs. The installation, designed by Patricia Urquiola, saw the window display area transformed with a white and electric-blue grid that also enveloped part of the main showroom interior. This area served as a showcase space for new pieces by the likes of Rodolfo Dordoni and Ronan & Erwan Bouroullec.

The vivid display space was the backdrop to new pieces such as the Back-Wing armchair by Urquiola, the Cotone sofa by the Bouroullec brothers, and the elegant Dress-Up! sofa by Dordoni. The CAB family of seating by Mario Bellini colonised the upper floor, with chairs presented on discs of rich blue and green, while perimeter rooms were dedicated to older classics such as the furniture designed by Pierre Jeanneret for the Capitol Complex at Chandigarh in India. 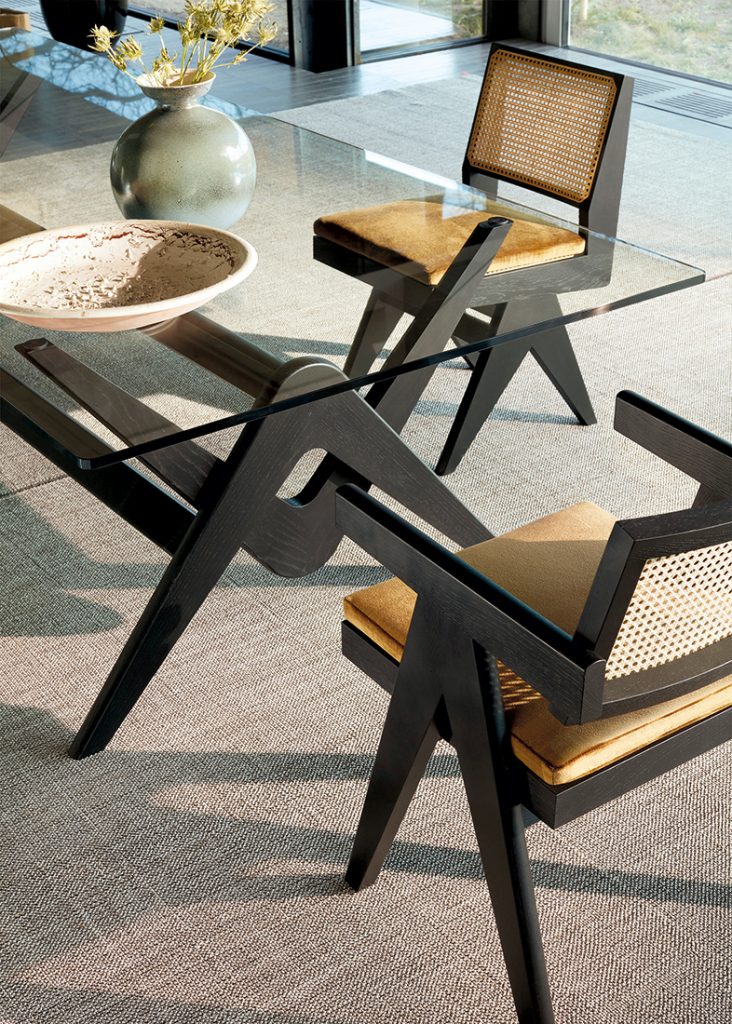 The inclusion of Le Corbusier’s Complexe du Capitole at Chandigarh (and other projects) in the UNESCO Cultural Heritage List in 2016 prompted fresh interest in the architect’s inventiveness in forging a new language that made a break with the past. Cassina was moved to support new research into Chandigarh, which aims to preserve, enhance and create an inventory of this outstanding architectural work.

Cassina’s interest in the heritage of the furniture designed for the Capitol Complex at Chandigarh naturally arose through its focus on three of modernist furniture’s great protagonists – Le Corbusier, Pierre Jeanneret and Charlotte Perriand – whose furniture has been re-issued by the company since 1965. Jeanneret had a fundamental role in the design of furniture for Chandigarh, and the Cassina R&D Centre has released four reissue pieces that pay homage to that important heritage.

The Capitol Complex Office Chair was placed in various administrative offices of the Secretariat building. It introduces a key motif of the collection – the inverted V in solid wood – which in this case supports the armrest. The woven seat and backrest, as well as the wooden frame, reference common components of furniture in the Chandigarh area during the mid-century period.

In the armless Capitol Complex Chair, the inverted V supports the seat. The seat and backrest of the chair and armchair are woven Viennese cane. A seat cushion can be added, with upholstery in fabric or leather from the Cassina collections.

The considerable proportions of the timber frame are played up to an even greater extent in the Capitol Complex Armchair – a fixture of the Haute Cour (High Court) building where the rooms were filled with these substantially padded chairs. 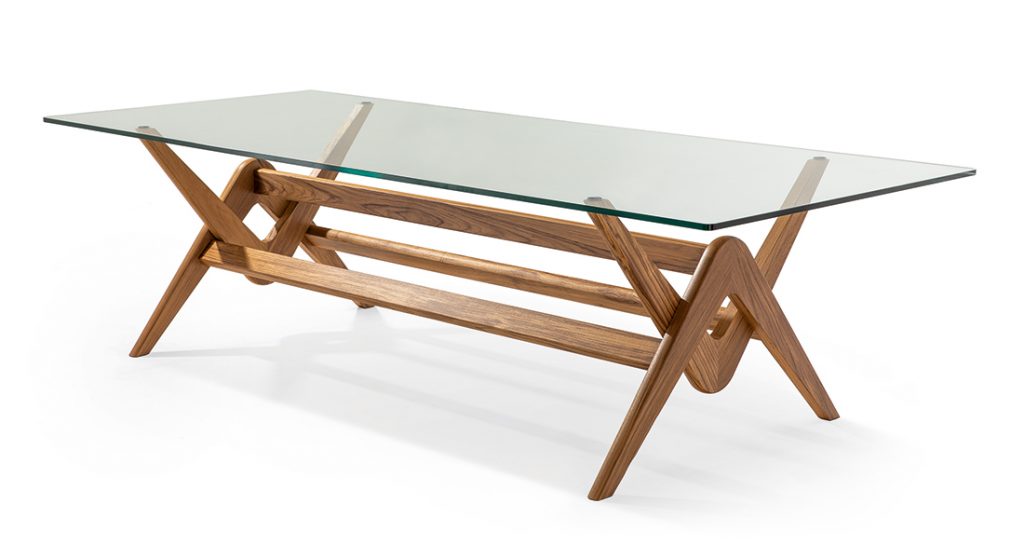 The collection is completed by the Capitol Complex Table – a large conference table that was used in the Legislative Assembly building. Two V shapes interact at each end of the table in a cornes entrecroisées (intersecting horns) arrangement. The Capitol Complex furniture has been reissued in the original solid teak, as well as natural and black-stained oak.

These four newly reissued items are more than functional and striking pieces; they are a way to pay tribute to one of the twentieth century’s design masters and shine a light on one of the most inspired projects of our time.

See them, and much more from Cassina, at Space Furniture.