Dr Yu Kongjian, the founder of multi-disciplinary design and engineering firm Turenscape, is a leader in the development of landscapes that combat flooding while repairing ecological damage and winning hearts.

In Asia’s rush towards urbanisation, a post-industrial framework of water management has largely been adopted. It is characterised by draining water away from our cities as quickly as possible, using pipes and concrete drains.

Tropical Asian cities, however, unlike their European counterparts, are prone to sudden monsoonal downpours, leading to issues of flooding in cityscapes that are ill-equipped to deal with torrents of water.

Dr Yu Kongjian, founder and Principal Designer of Turenscape and Dean of the College of Architecture and Landscape Architecture at Peking University, presents the idea of Sponge Cities – a concept synthesising modern water management systems with the ancient Chinese agricultural wisdom deployed in rice paddies and ponds. 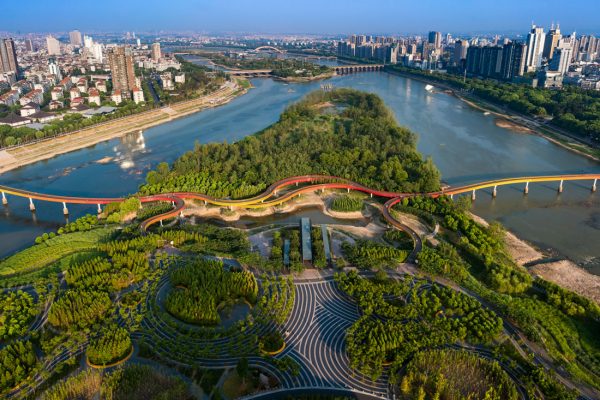 Sponge Cities retain and slow down the flow of water through the use of terraces, ponds and dykes. Urban landscapes become active systems that absorb excess water during monsoon rains, retain and filter it within a meandering landscape, and release it for use during dry seasons. 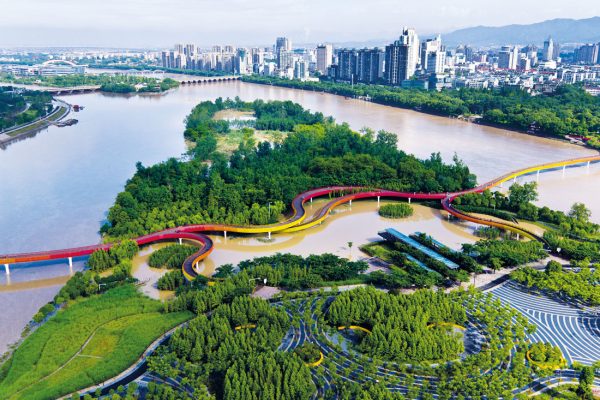 The Sponge City solution to urban inundation has been applied in over two hundred cities in China and beyond, gaining credence as the Chinese government’s adopted urban ecology framework.

Water-scarce Singapore certainly has reason to take a leaf or two out of Turenscape’s book.

China holds twenty per cent of the world’s population, and yet only has access to eight per cent of global freshwater.

When asked for his thoughts on Singapore’s ecological development, Dr Yu raises several pertinent points. “Singapore has built so much, all its rivers are channelised. Ramboll Atelier Dreiseitl did a great job with Bishan-Ang Mo Kio Park, but you have 100 more canals to deal with,” he jests.

“There is strong bureaucracy and an established infrastructural framework – but if you can integrate an ecological mindset into the civil engineering system, Singapore can become a sponge nation, reach its goal of being self-sustainable, and solve the problem of floods,” he adds.

Singapore will soon see an initial test bed of some of Dr Yu’s strategies, as Turenscape was awarded noteworthy Rail Corridor commissions for the adaptive reuse of Tanjong Pagar Station and integrated housing at Choa Chu Kang with MKPL Architects. 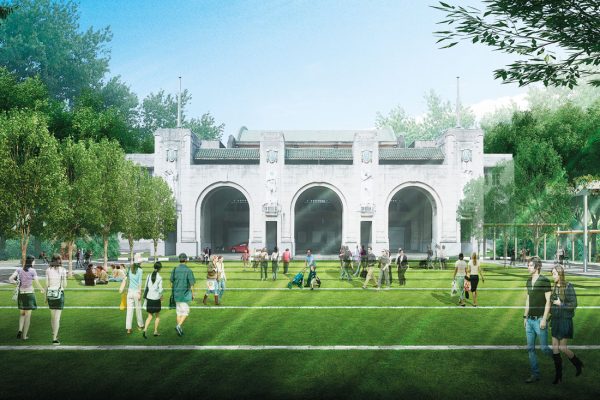 The exterior of the former Tanjong Pagar Railway Corridor with MKPL Architects. Rendering by Norm Li for Turenscape/MKPL team.

Their proposals involve transforming the linear corridor into a social nexus that retains cultural heritage as well as ecological flows through the site. 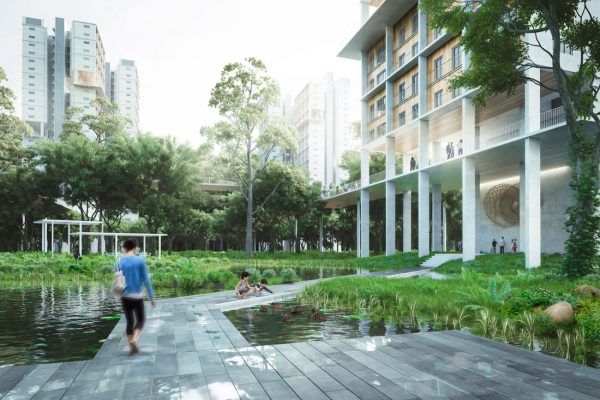 The exterior wetlands of the integrated housing at Cho Chu Kang project with MKPL Architects. Rendering by Norm Li for Turenscape/MKPL team.