Takaharu Tezuka And The Architecture Of Inconvenience

Does too much convenience dampen our capacity to learn? Takaharu Tezuka of Tezuka Architects made a case for buildings that challenge, engage and fuse with life during a recent lecture at Steelcase Singapore.

After sessions in Beijing, Hong Kong and Tokyo, Steelcase brought its ‘In The Creative Chair’ talk series to Singapore this month with Tokyo-based Takaharu Tezuka of Tezuka Architects. Tezuka (known for wearing blue clothing) founded the firm with his wife Yui Tezuka (known for wearing red) in 1994, and the pair have since become known for an architecture with transformative power.

Particularly well known for their kindergarten projects, Tezuka Architects pushes for holistic environments that respond to their contexts and encourage response from their users, no matter their age. It is an architecture of fluidity – not one of objects. 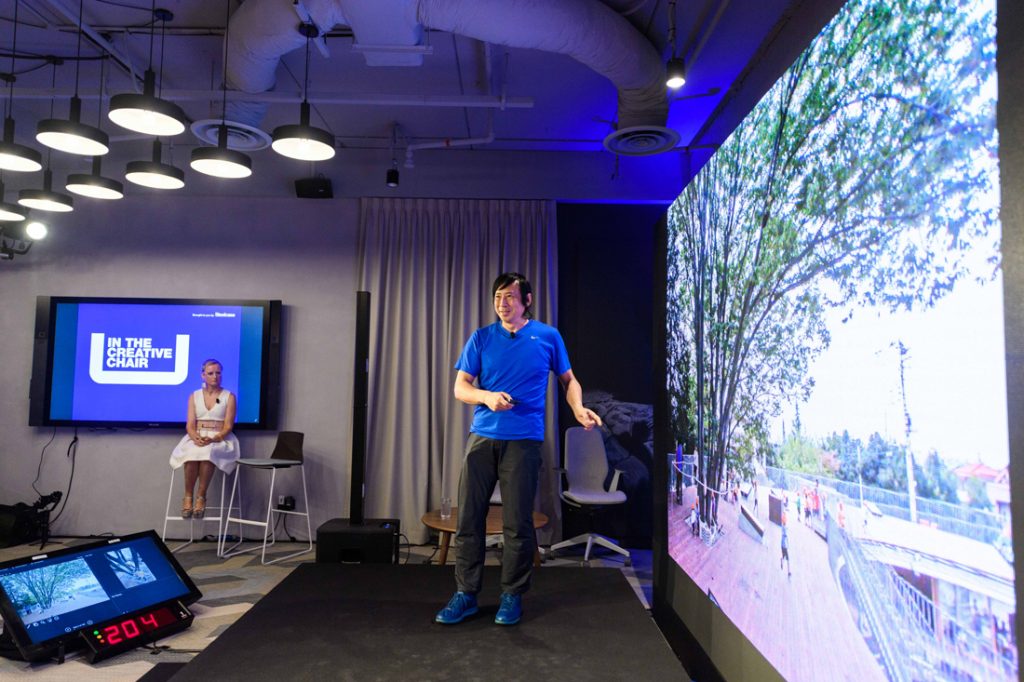 Peppered with jokes and anecdotes, Tezuka’s keynote address at Steelcase’s Singapore showroom on 4 July 2019 revealed his studio’s commitment to countering our lifestyles of convenience with architecture that engages and even challenges – which is particularly important, as he described, for children through the opportunities it creates for learning.

“We humans are designed to be part of nature, and this is what drives us when we design buildings,” he said.

Known primarily for work in Japan, Tezuka Architects has also been working in Europe, India, China and New Zealand. The studio has upcoming work in Australia with projects in other countries in the pipeline. As the geographic spread of the work expands, we look forward to observing how the architecture responds to climatic and contextual variation.

Indesignlive.sg sat down with Tezuka before his lecture and find out more about his way of thinking.

Bringing a sense of nature into your projects has always been important for you. Why?

I’m not keen on talking about carbon dioxide or how it can stop global warming. I think dealing with nature or the environment is a very natural thing to do. Some people say, “You have to be in a closed box with a barrier that’s sealed, airtight, triple grazed, so you use less energy.” That’s not the kind of thing I want to talk about. And I don’t want to talk about solar panels.

I will talk about using natural light. Some people say, “What happens if it gets dark?” And I’ll say, “Okay, try to work before it gets dark. Wake up earlier.” So instead of changing the environment for us, we are trying to find a comfortable situation. In winter, you go skiing in minus 20 degrees. In summer, we go to the beach, 50 degrees on the sand. So comfort is about life, your habit. 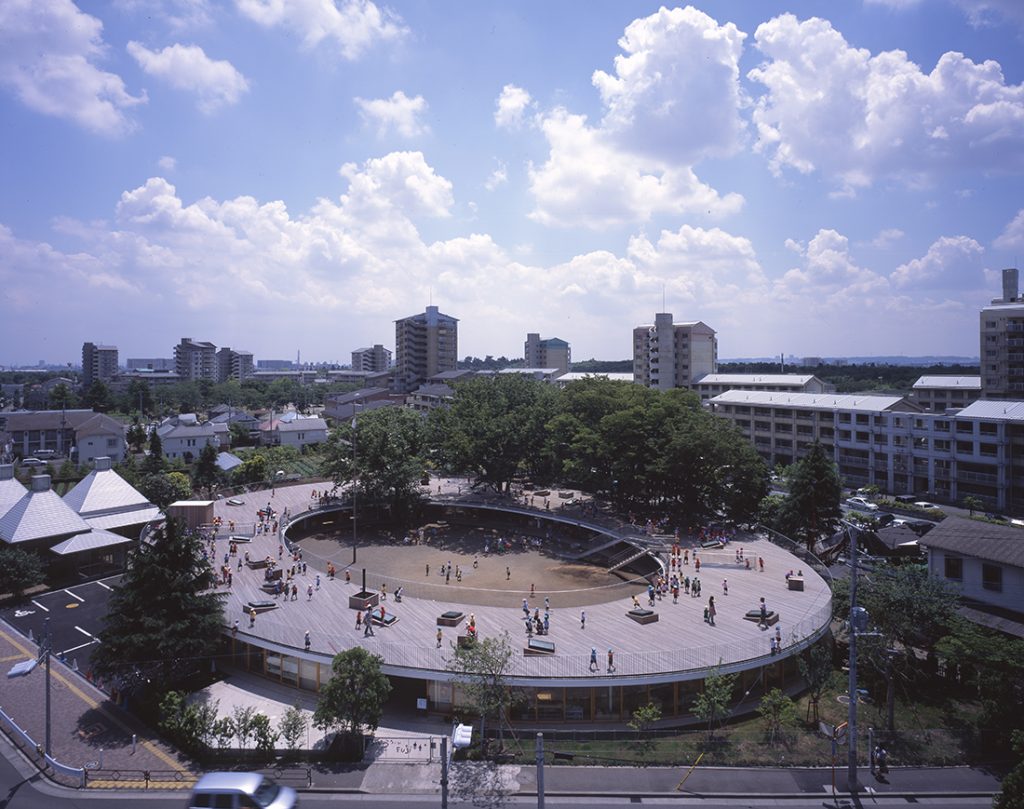 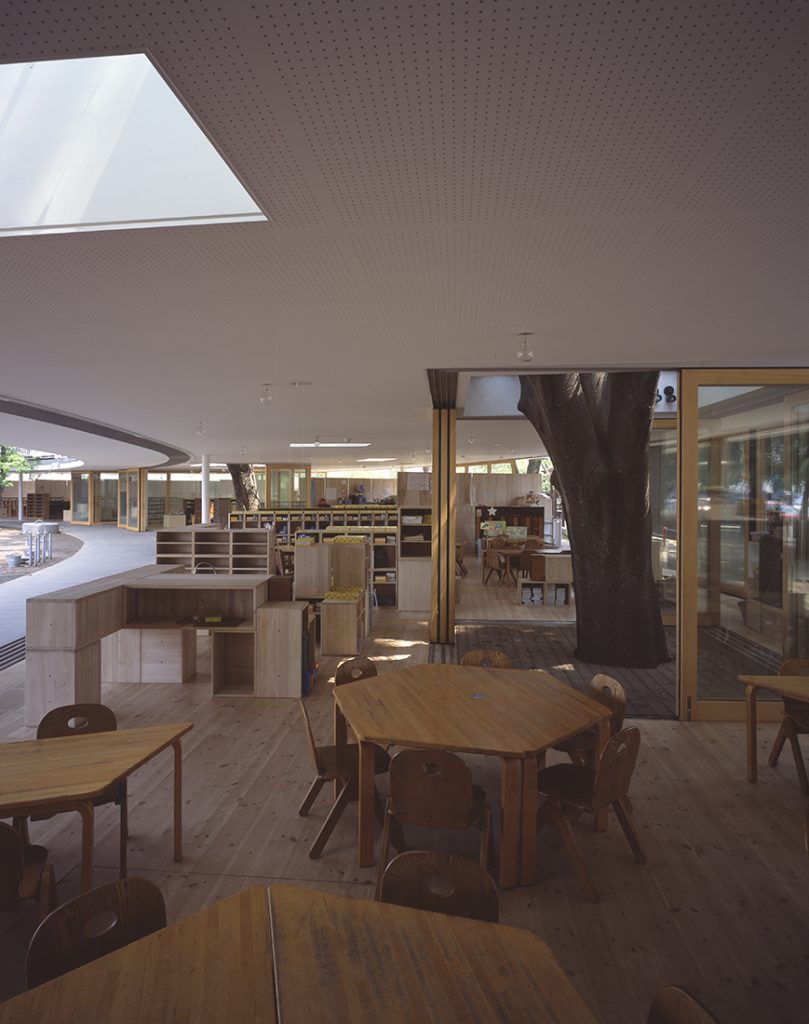 “If you understand human life, that is architecture. You just need to observe what’s going on around you.” 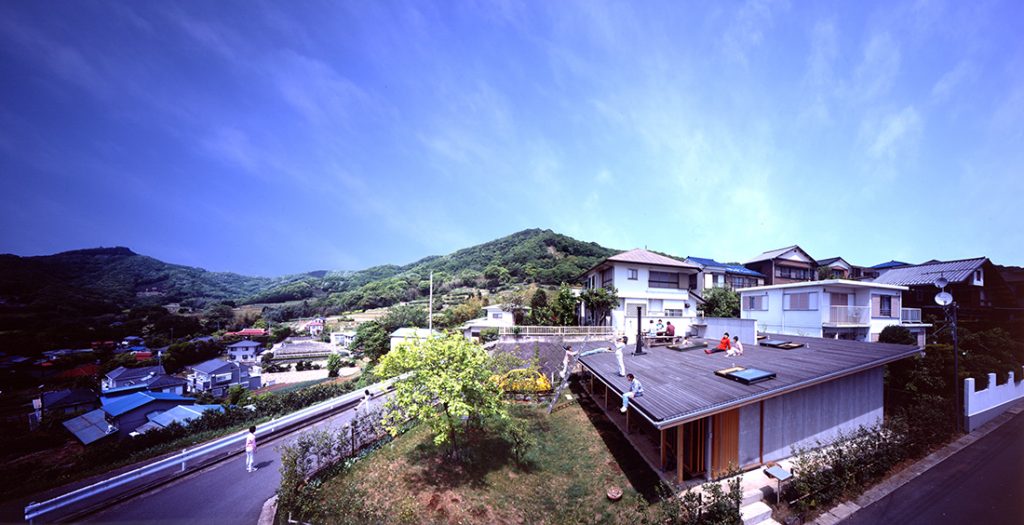 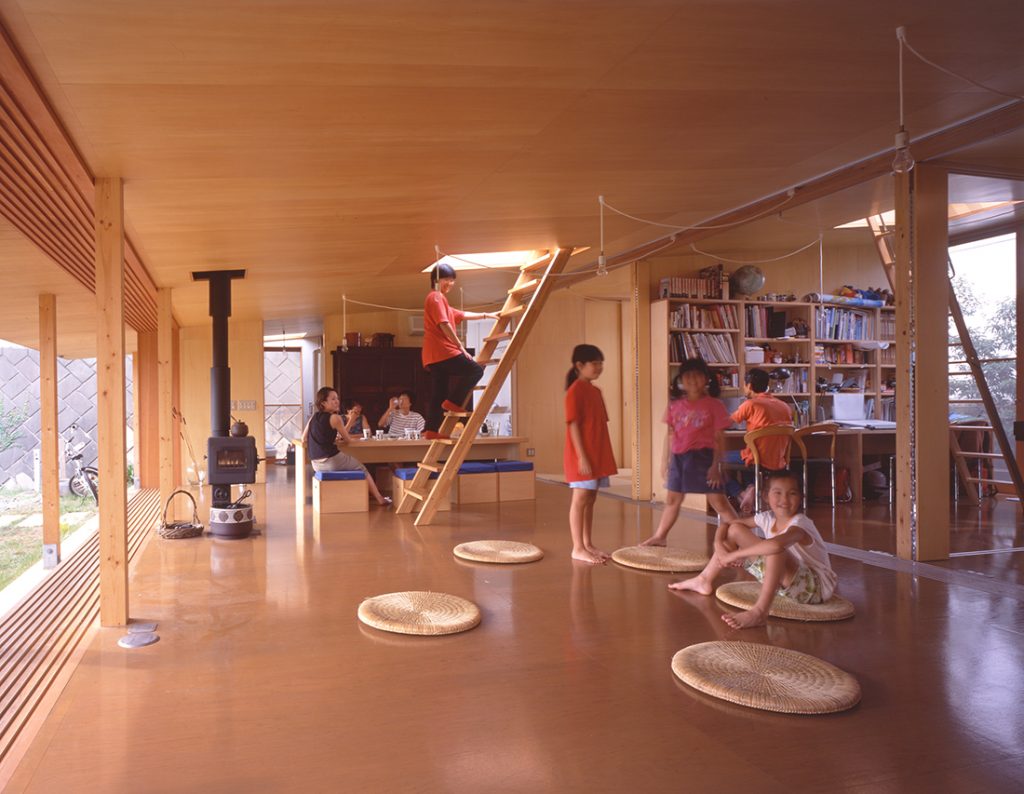 Having said that – that architecture emerges from lived experience – what do you think are some of the essential ingredients of a good relationship between people and architecture?

There are good experiences and bad experiences… Architecture helps people to live with nature. Even in an advanced society, still you need to breathe air, and also your lifestyle is controlled by light – how the sun goes up and down. You need architecture to survive because you are not an ape anymore. Without architecture, we can’t survive. So it’s not about good or bad. Architecture is a part of us and humans are a part of architecture. That is what it is. 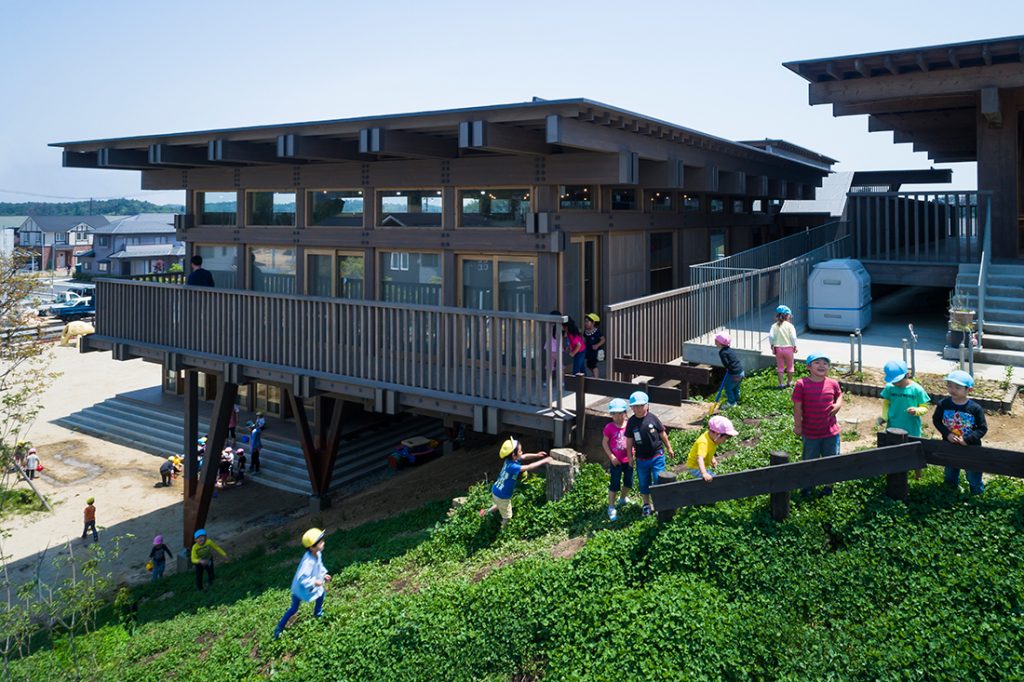 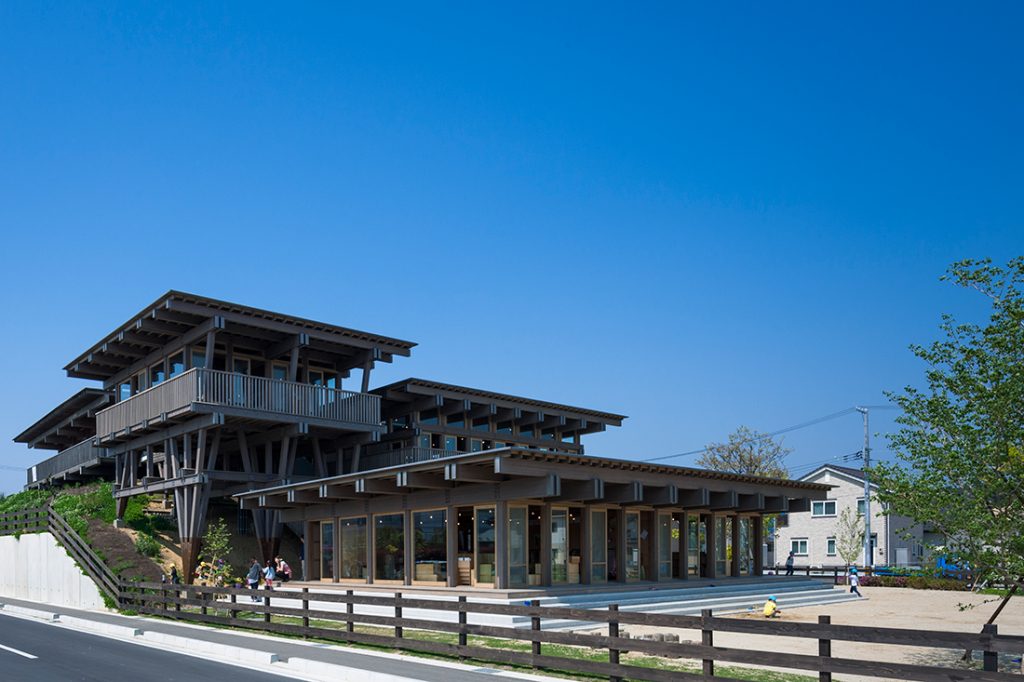 Do you think adults can benefit from opportunities to play as much as children?

Yes we can. You might think play is a kind of training, and it’s not necessary for the adult. But play is a way to extend your lifestyle, so I wouldn’t put any partition between grown ups and small kids. I can give you an example. We are designing a children’s museum in Tokyo, and we came up with the idea of a zoo. If you go to a normal children’s museum, you put your kids behind glass, and they spend time there while the parents are waiting somewhere in a café. For our museum, I’m proposing a kind of cage – you put the kids in there instead of a rhino or zebra, and the space in the middle is shaped like a dish.

So we put the kids in the dish and because of the sloping edge, they can’t get out. The parents can have a wine outside and spend time just watching the kids.

Do you think they’ll be trying to escape?

They’ll just stay there and if they get tired, you can pull them out. And so in that way, we can put family together. I think play is a lifetime thing – it’s a way to bring people together. It’s not about training. That is my understanding of play.

“[P]lay is a lifetime thing – it’s a way to bring people together.” 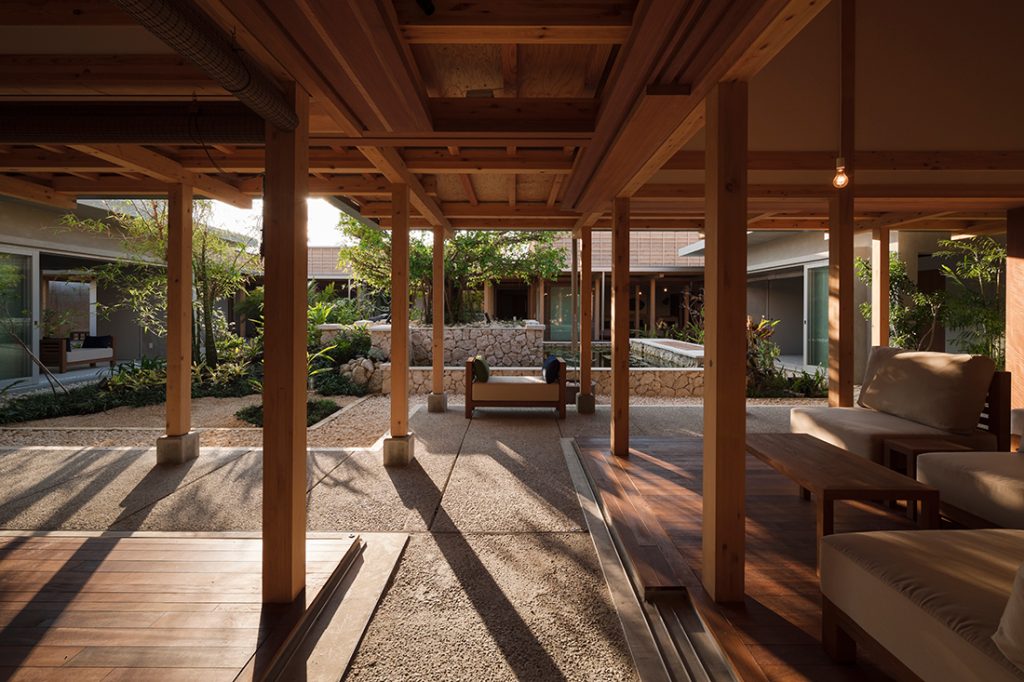 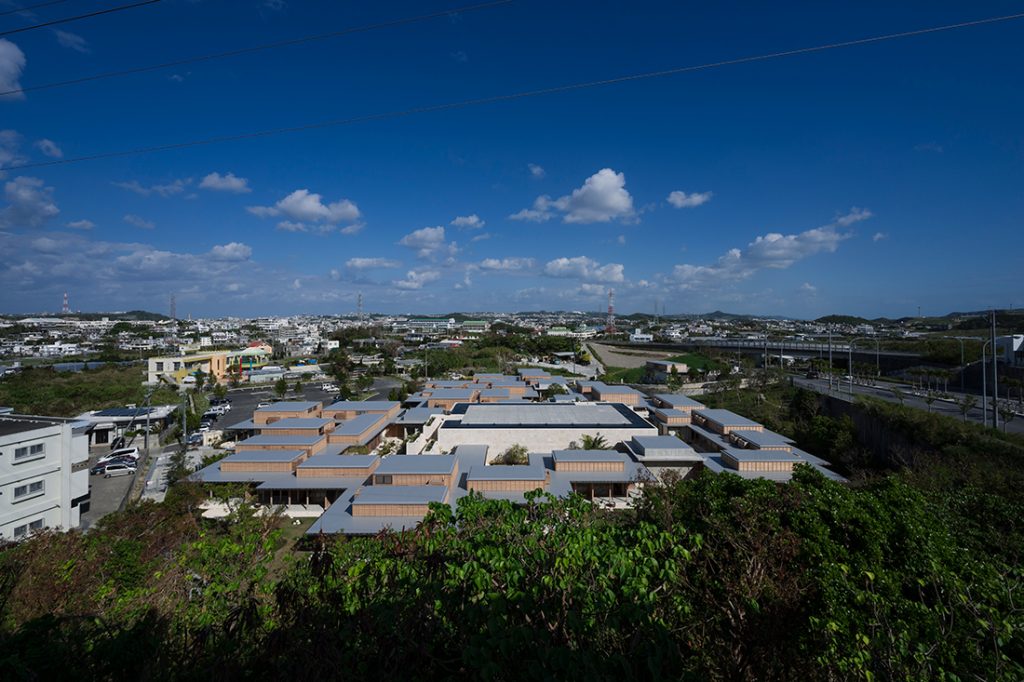 What are some of the challenges you’ve faced with projects where you co-locate functions, such as Chigaski Zion Christian Church / Mihato Kindergarten?

I don’t co-locate. I find out the situations, and [see] how to put them together. A good example is the Child Chemo House – a hospital for children being treated for cancer. A couple with a child suffering cancer and a doctor came to us. They wanted to design a hospital where the parents could stay too. What they were expecting was bedrooms in a hospital. I said, “Okay, but they will want to be more comfortable and bring brothers and sisters. Let’s make the hospital a kind of house.”

Sometimes people ask the kids, “What do you want?” What they say is always the same: “I want to come home.” So why don’t we bring home to them? So we asked the owner of a housing company to build houses around the hospital… The situation was there, I was just trying to find the way to combine things. It’s not difficult, but you need to be patient and try many ways. And you need to be optimistic – that’s how we work. 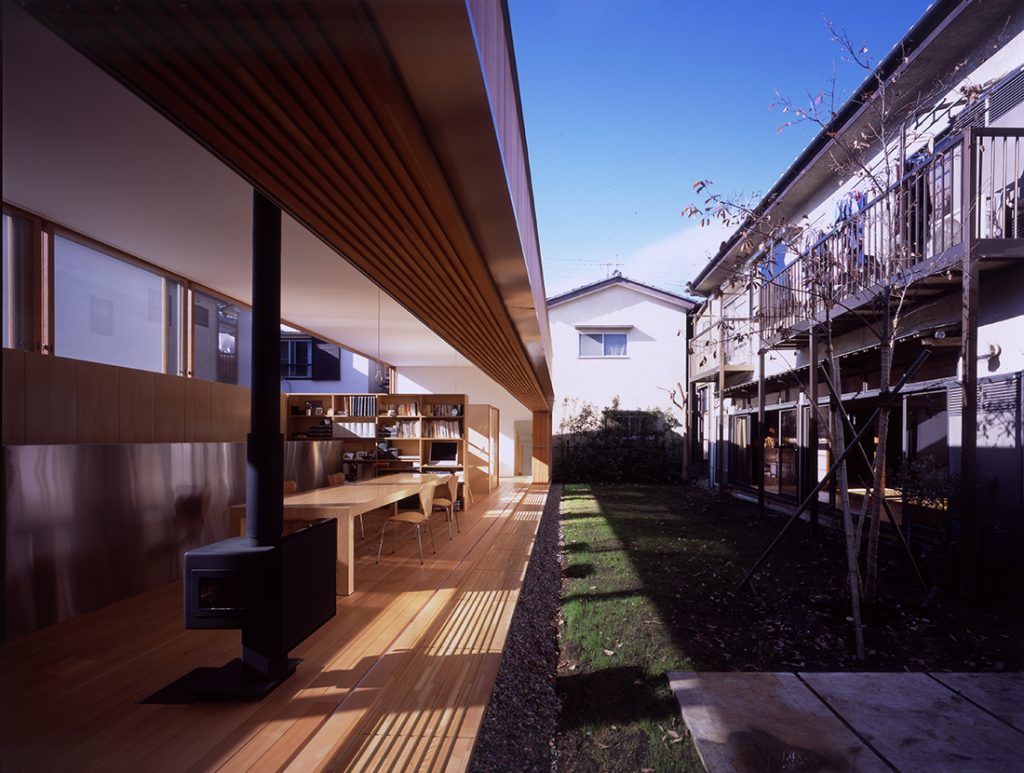 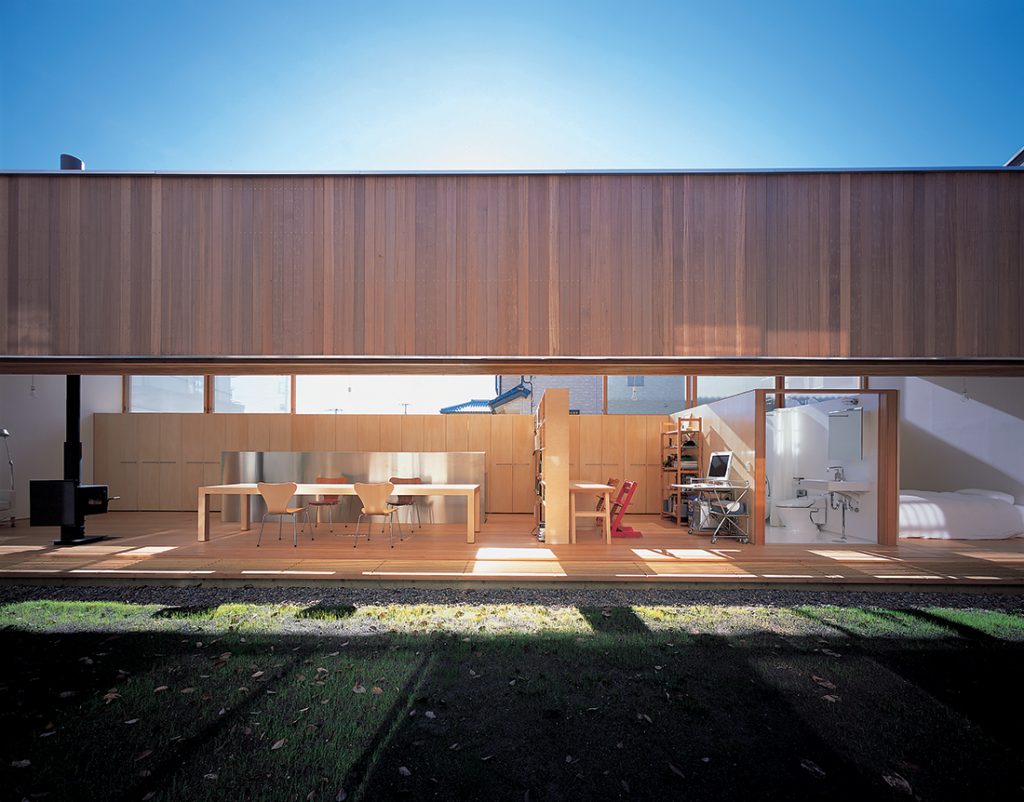 What do you think are the most important issues that architects should be thinking about today?

Life… Architecture is kind of symbiosis with humans, and if people don’t like to use it because there’s no function, then people are not going to take care of it and it will be abandoned. Function includes a very complex relationship with the human. When you build a house, you don’t just make a sleeping place. You want to enjoy life, and you want to have good food and you want to make sure your family feels attachment to the location. The kids in the house will touch the floor, touch the walls – that is how they recognise the world. That is architecture. So every architect needs to talk about life. As they say, architecture is not a thing, but an event.

“As they say, architecture is not a thing, but an event.” 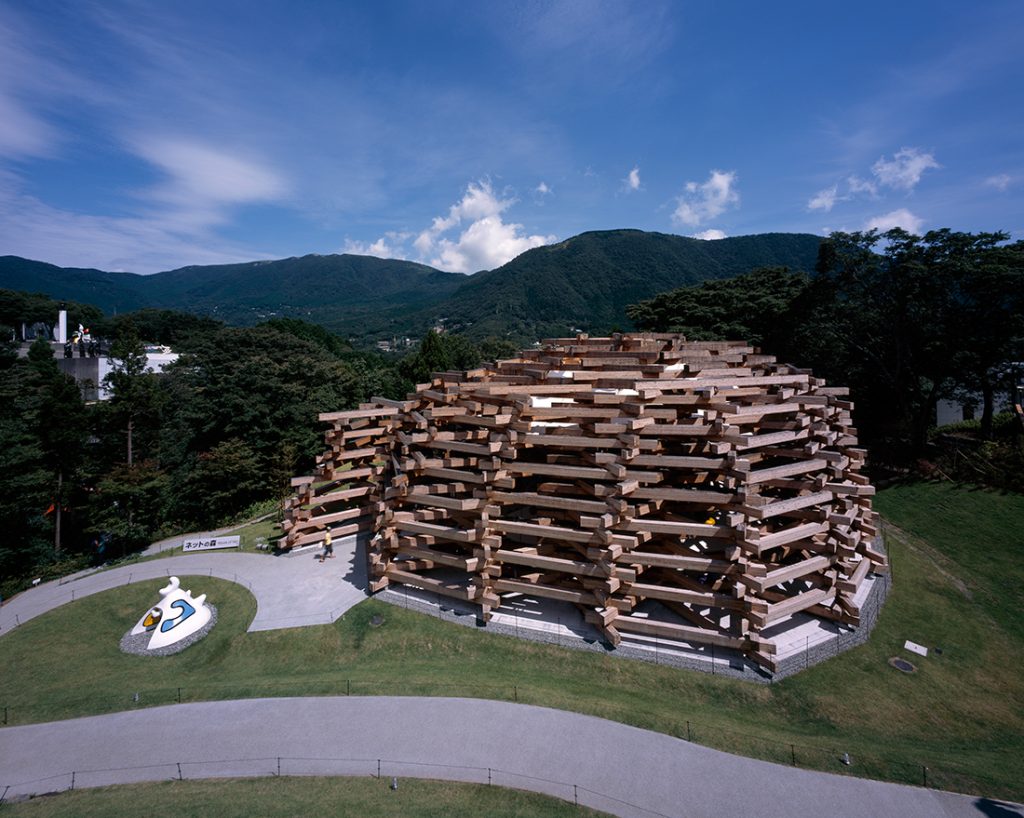 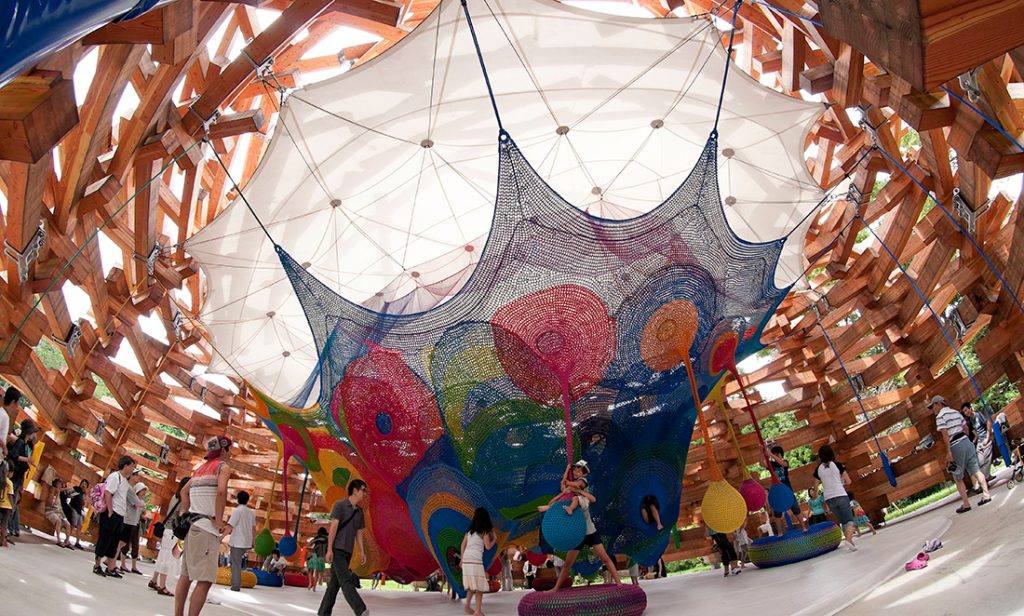