“I think we can always agree on that we miss nature,” says Ronan Bouroullec about the Urban Daydreaming exhibition, Studio Bouroullec’s first foray into the realm of urban design. We asked him to share more.

Presented by HKDI and Hong Kong Institute of Vocational Training Council (IVE) (Lee Wai Lee),  the exhibition is the first of the three interdisciplinary exhibitions planned by HKDI in 2018.

The strategies proposed by the 14 exhibits – some of which have been implemented in cities around the world – include reintroducing greenery, wildlife, water into the city.

Rona Bouroullec flew down from Europe to attend the exhibition in late October and gave a seminar on the topic. So why did an industrial design studio decide to venture into urban design? What’s the end game? And how does the exhibition relevant to the Asian context? We asked him to share more.

Urban Daydreaming is Bouroullec Studio’s first foray into the realm of urban design – how did this project come about?

I like being out of my comfort zone, and it’s the same with Erwan. As industrial designers, it is quite interesting to be naive in front of a subject. We like the challenge of exploring something new, testing, and trying things out. 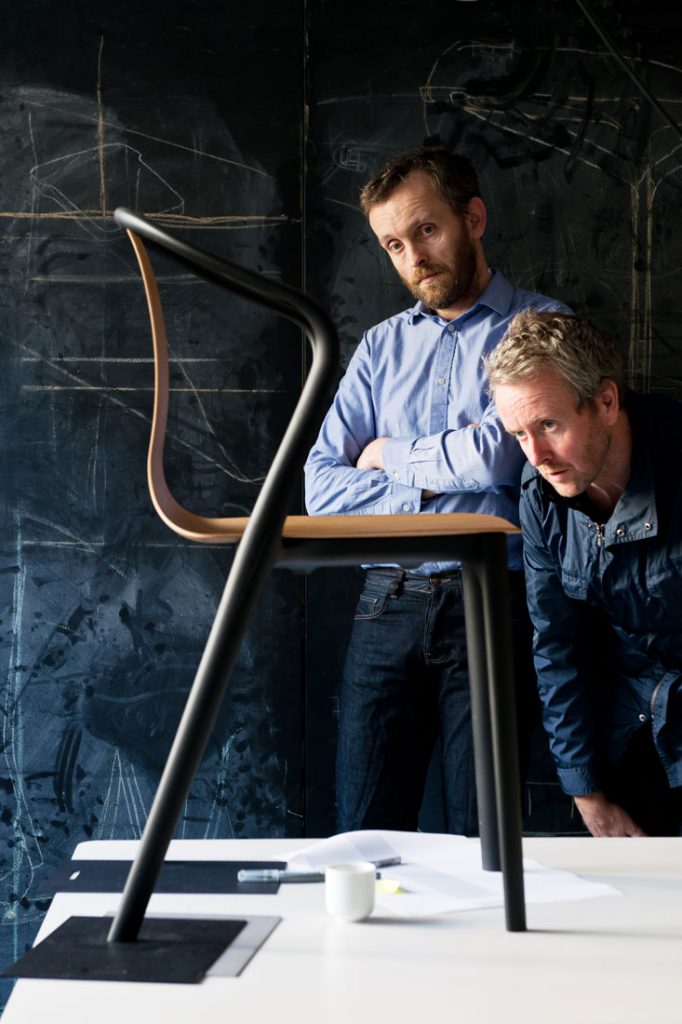 We wanted to do something important with a new subject. I thought it would be wise instead of doing one project, to do a sort of sketchbook of ideas, about what we think about cities.

In the context of the four exhibitions first presented in Rennes in 2016, we wanted to propose an exhibition showing the research that has always interested us, instead of a new retrospective of our work.

Urban Daydreaming is an exhibition of the Vitra Design Museum in cooperation with Les Champs Libres in Rennes. For the Hong Kong exhibition, we have collaborated with Hong Kong Design Institute (HKDI) for this debut in Asia. 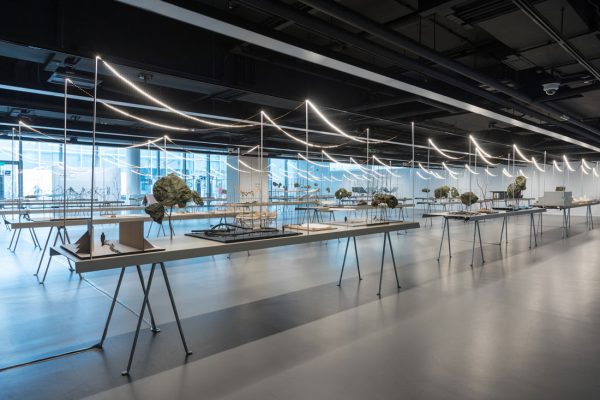 Fourteen proposals were selected, each of which exploring different ways to incorporate nature into urban spaces. With the HKDI exhibition, we hope to provoke Hong Kong audience’s thinking, to explore the separate acts of urban play in their own pace, and to ponder the needs and joy of urban environments by reintroducing elements of nature.

I see this exhibition as a tea bag. The more we show the exhibition, the more the ‘tea’ or our concepts seep out into the public realm. I think that a lot of our proposals could be applied in different contexts since they were not designed with any particular city in mind.

“I wouldn’t pretend that we will save cities with this project, but at least it might make people smile.”

Why did you choose HK as the first Asian stop for the exhibition? Were you involved in the curation process? Can tell us more about the relevance of these 14 installations for HK/Asian context?

Erwan and I were involved in every step of the exhibition, from sourcing the decorations, branches from France to the table and lighting set-up. We want to bring our personal experience in our work to this exhibition. We wanted to show a new poetic view of the city where nature is interacting with the city.

This is our first time coming to Asia. Before coming to Hong Kong I visited Japan, and I see a need for more nature in Tokyo and Kyoto. Hong Kong also has lots of buildings and there is not much nature in between. There may be opportunities to realise the designs there. 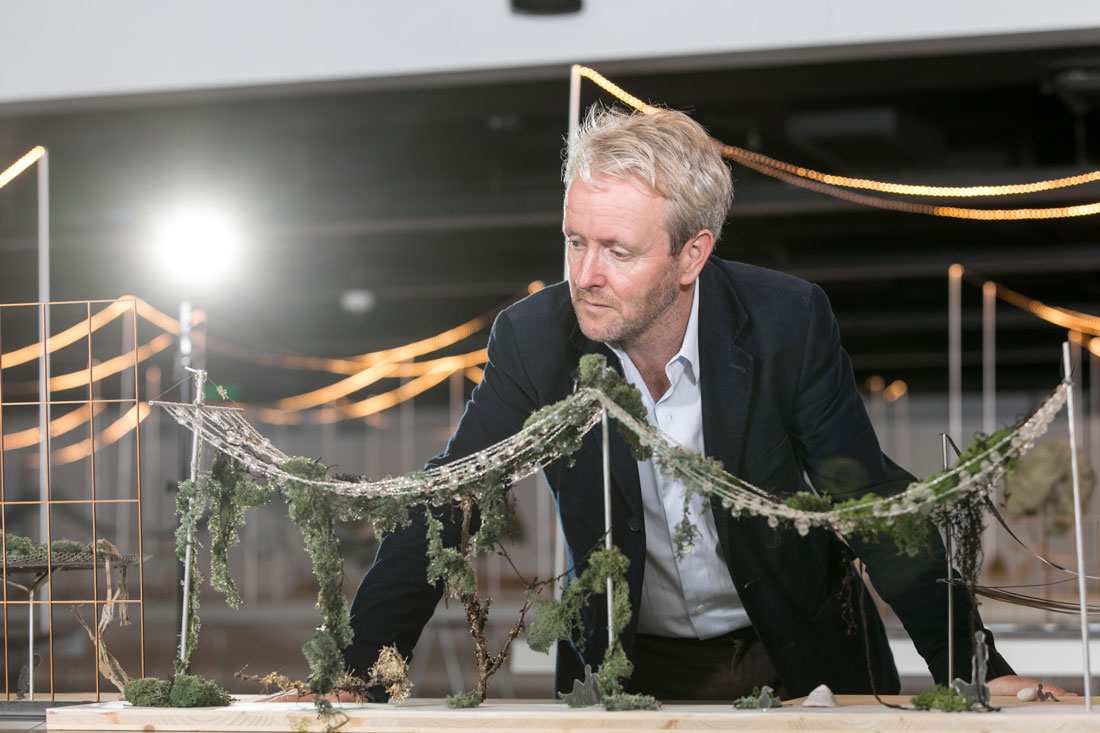 I think a proposal like Vines is simplest to incorporate for a place like Hong Kong. In Asia, there are a lot of hanging electricity cables. Plants can climb between the masts. Then you can have lights, then chains, and from that, you can make holes in the ground and grow plants in it. It is not a big investment. 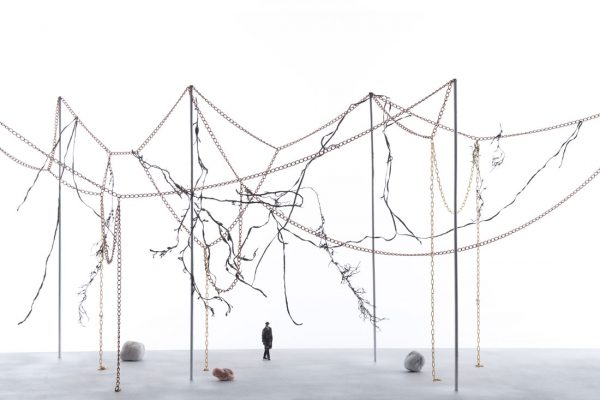 What do you hope the Asian audience will take away from this exhibition? And from your Master Lecture with HK-based experts?

I think it is important to be practical in urban development, but it’s also important to keep the charm and the dreams and the relation between building and trees. This has to be considered more seriously. I hope that the exhibition can allow for more discussions about urban development for cities in Asia. 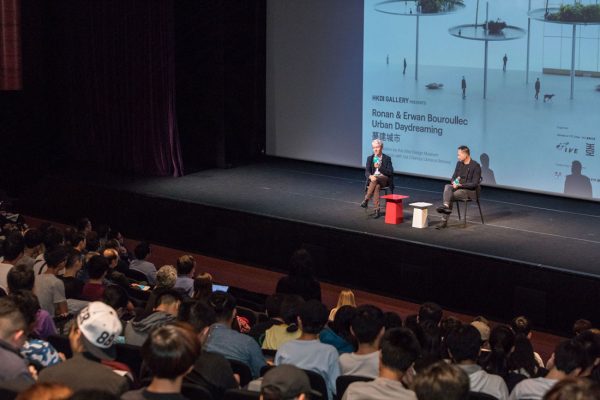 With Urban Daydreaming, we hope to invite our audience to envision a smart, urban environment where dream-like solutions are made attainable. In the meantime, I hope our collaboration with Hong Kong Design Institute can also help inspire young designers to think about the city from another perspective and see the romance in urban spaces. 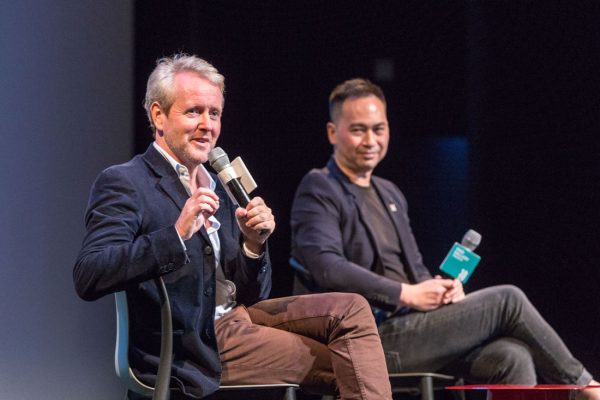 Some of the exhibits in Urban Daydreaming have been realised into built products. Are built products the end game of this project?

In the Urban Daydreaming exhibition, we proposed a new vision with a new message. We are really happy that the projects were realised to enhance how cities think about their environment, but it is not an end in itself. 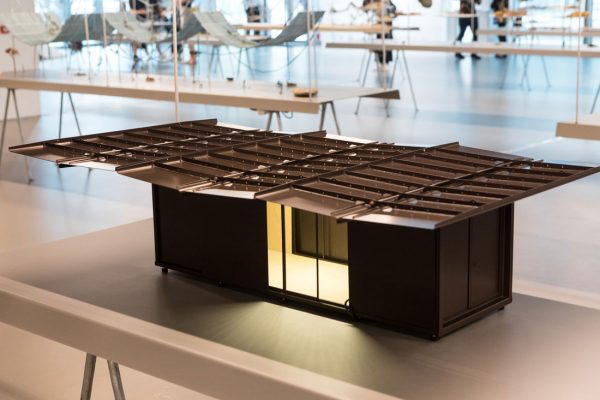 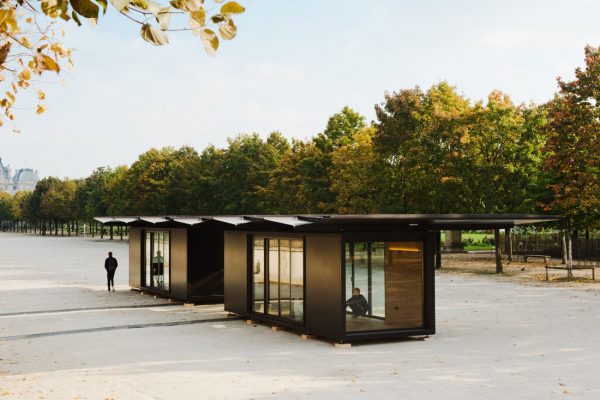 Kiosk was the first proposal we have realised in Paris, and after that Clouds was also realised as Nuage promenade in the Miami Design District. At the moment, we have others projects in other parts of the world such as Aarhus, Denmark, and also other structures that are set to be constructed.

I see this exhibition as a tea bag – the more we show the more the ‘tea’ or our concepts seep out into the public realm. 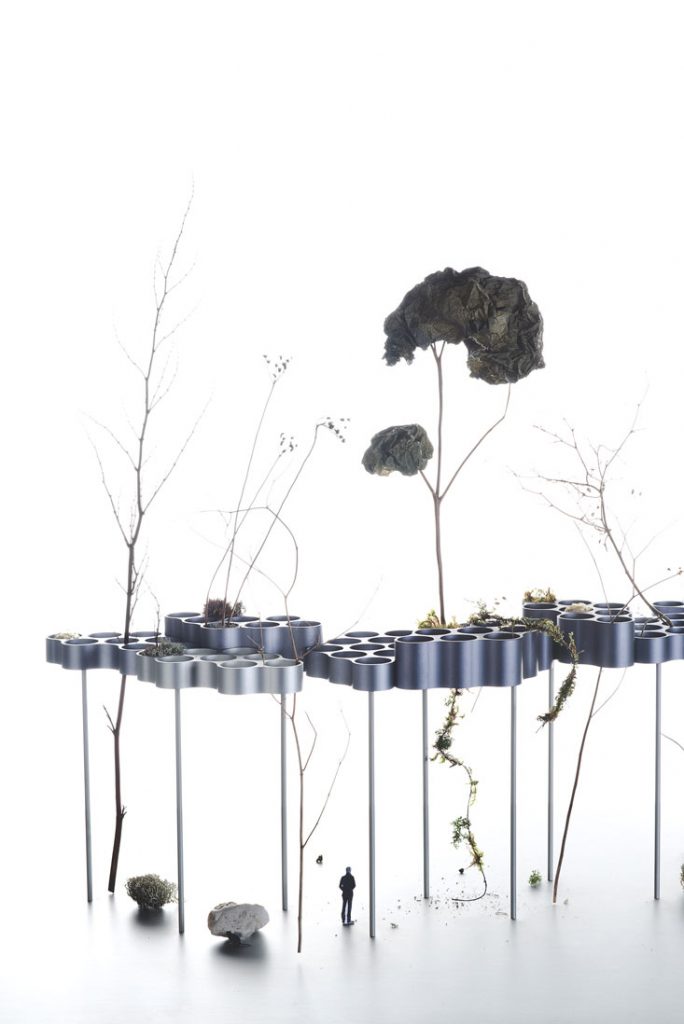 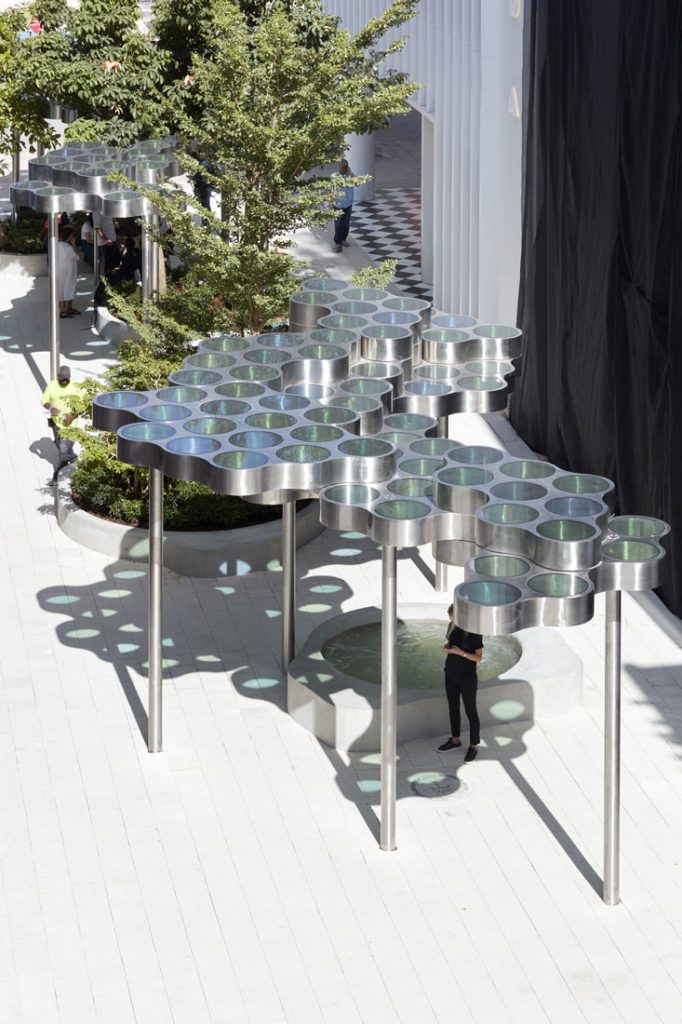 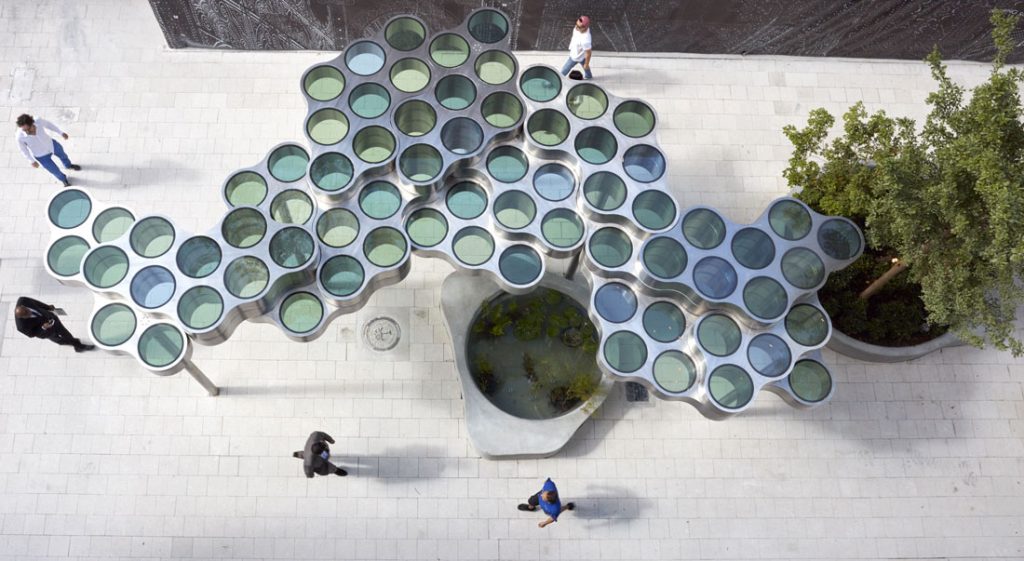 Nevertheless, I think the success of this exhibition probably explains the need to find solutions to integrate nature in a new way. I think we can always agree on that we miss nature.

Travelling to different cities I realised some proposals might be difficult to be realised in different regions. Because it is not only linked to the way we live, but also to tough environments. I wouldn’t pretend that we will save cities with this project, but at least it might make people smile.

“I think we can always agree on that we miss nature.”

How has this exhibition impacted your practice?

The Urban Daydreaming exhibition was first shown in Rennes, then relocated to the Vitra campus. From there we received requests to do urban projects because we opened doors in this direction. And we are always looking for ways to realise these proposals because they were not designed with any particular city in mind. 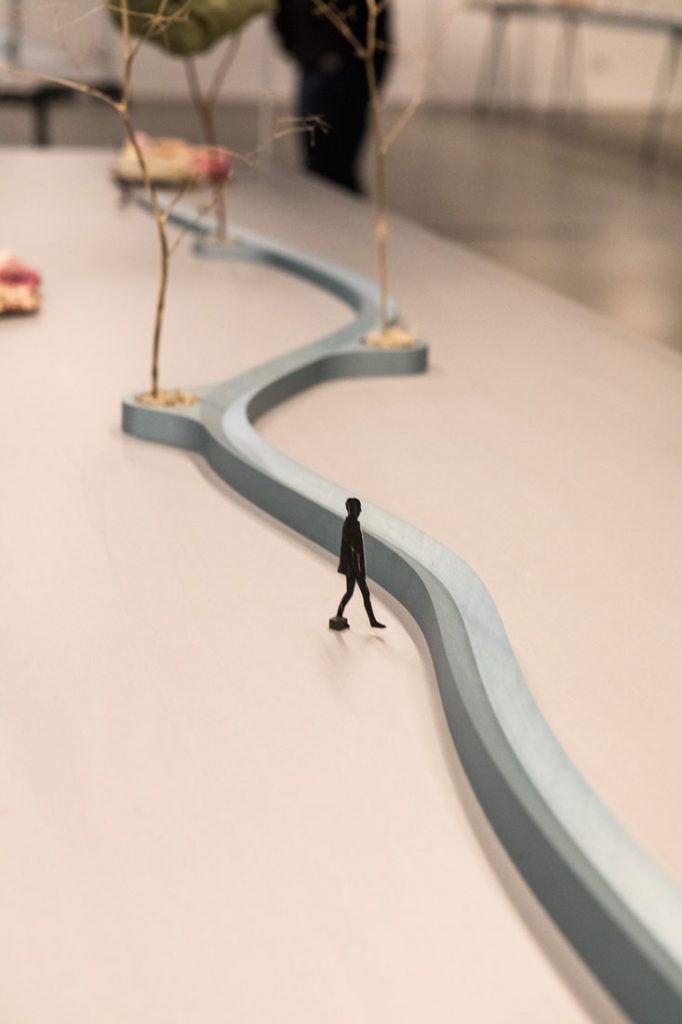 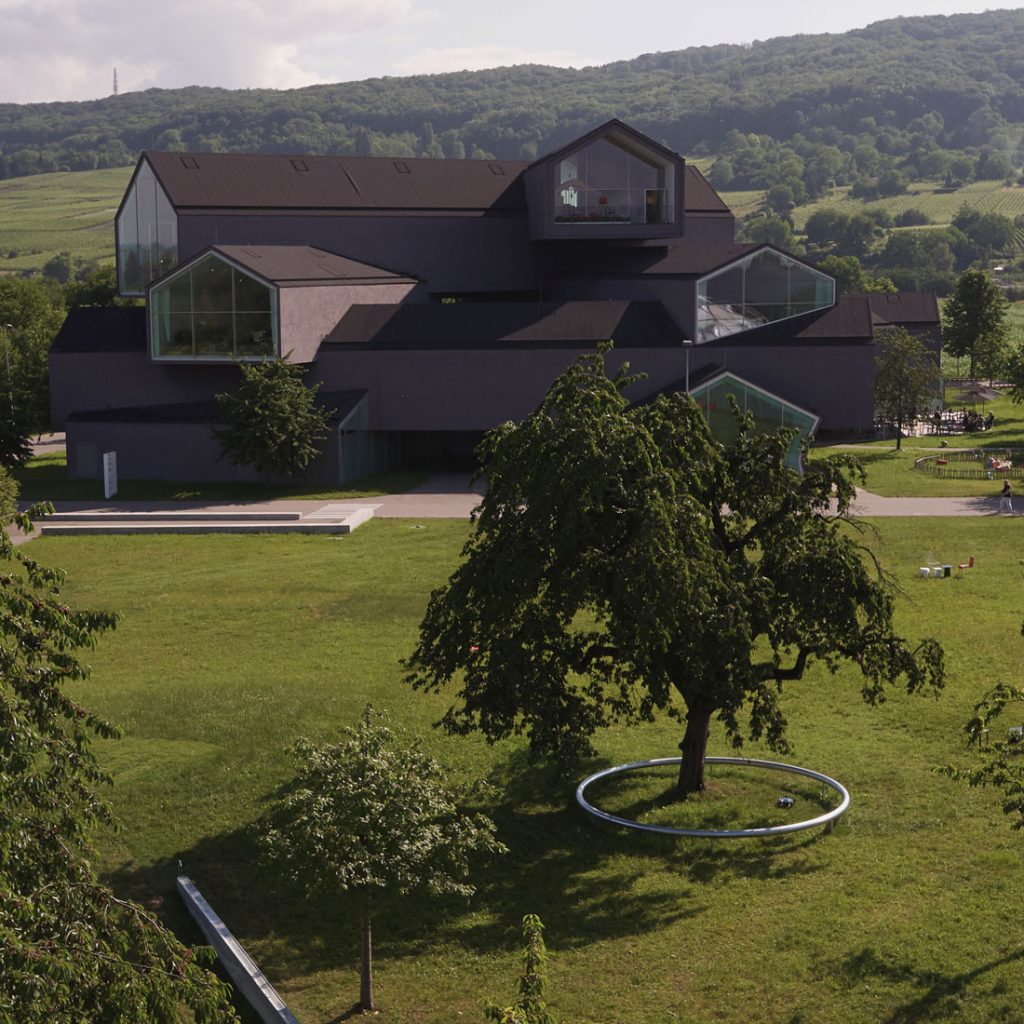 Ronan & Erwan Bouroullec – Urban Daydreaming opens daily until 17 February 2019 at HKID Gallery from 10am to 8pm. Admission is free.