Normalising The Radical With WOHA

The rigorous vision of WOHA sees the firm consistently challenging the status quo. We speak to Richard Hassell and Wong Mun Summ about how radical city transformation is not only possible; it’s necessary.

On the rooftop of the WOHA studio on HongKong Street there’s an experiment going on. WOHA founders Wong Mun Summ and Richard Hassell have transformed what once was the sole domain of air-con compressors into a productive rooftop garden. 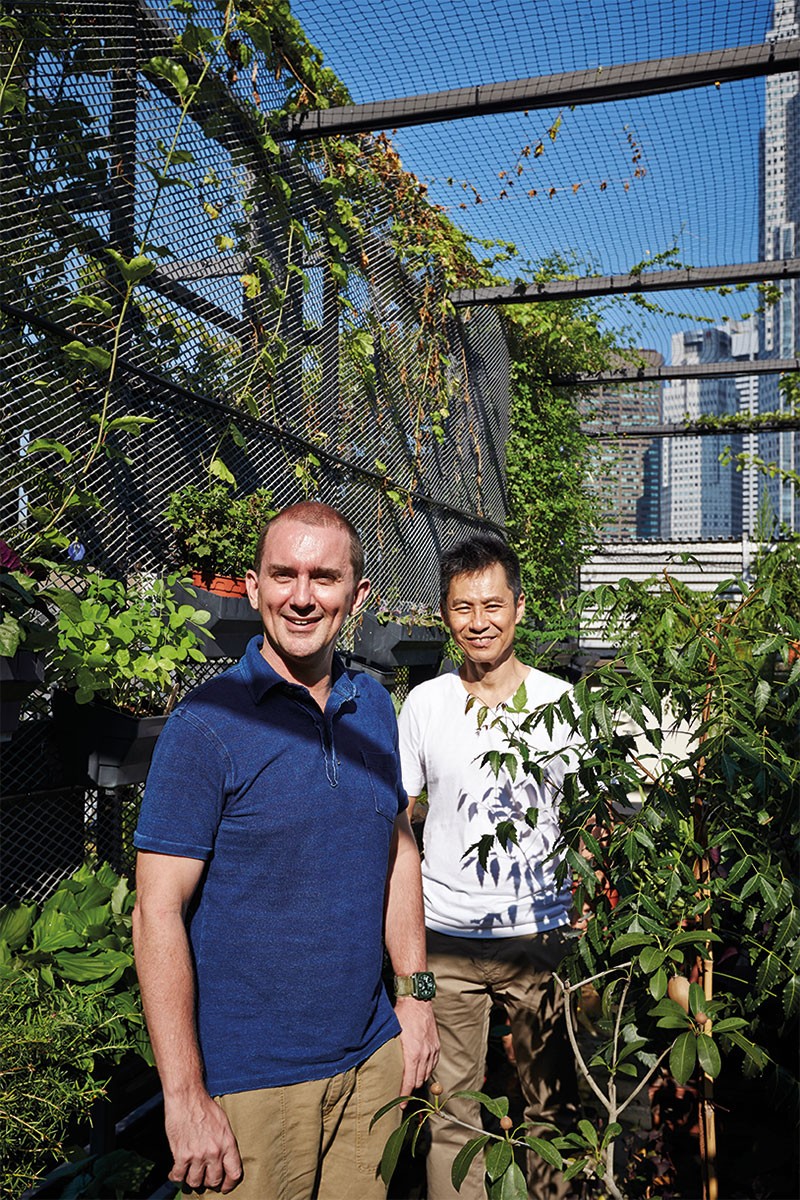 “It doesn’t feed all the people in the office, but it’s enough to show that it can be done,” says Wong, who explains that a core team of ‘farmers’ from the studio tend to the garden on a daily and weekly basis. Pesticides are avoided, and at the moment, insects are doing some damage. But Wong hopes that with more time, birds will discover the garden and a self-sustaining ecosystem will develop.

“We tend not to realise it but yes, our work can be quite radical.” – Wong Mun Summ, WOHA co-founder.

Looking across to the mute and baking roof terraces of the neighbouring buildings, a familiar train of thought unfolds, surprise graduates to dismay that more people don’t try this. It’s an impression I’ve felt upon visiting many of WOHA’s projects – from Oasia Hotel Downtown with its living facade, open urban rooms (just waiting for the skybridge connections that the future may bring), and astounding green plot ratio exceeding 1,000 per cent (with landscape architect Sitetectonix); to Skyville @ Dawson with the amenity of lengthy landscaped terraces serving clusters of floors throughout the height of the towers (with landscape architect ICN Design International), and of course PARKROYAL on Pickering, which has become a poster project in Singapore for garden-infused architecture (with landscape architect Tierra Design).

I put it to Wong that WOHA’s work consistently promotes the normalisation of what seem at first to be radical concepts. “We tend not to realise it but yes, our work can be quite radical,” he says.

“We do things in our stride,” he adds, “but it’s when we start doing calculations on the kinds of percentages we can achieve in terms of green replacement, for example, that we start to see our buildings as being radically different to others. That’s when we realise it’s possible for the city to transform.”

“We do things in our stride, but it’s when we start doing calculations on the kinds of percentages we can achieve in terms of green replacement, for example, that we start to see our buildings as being radically different to others.” – Wong Mun Summ, WOHA co-founder.

WOHA’s work is a powerful form of prototypology, as the architects suggest in their book Garden City Mega City (2016) with an analysis of their ‘macro-architecture micro-urbanism’ proposals. The book has garnered them invitations to speak as far away as London. “People are questioning why city planning hasn’t improved over 100 years,” says Wong. “They’re asking us to come and talk about it. Hopefully, it picks up enough momentum that in some distant future, some government somewhere is brave enough to say, ‘Let’s take a bold step and see how we should radically rethink city planning from the top down.’”

Currently, the firm has the opportunity to explore its ideas at the master-planning level through several new projects in Singapore. “We are planning quite radically different sets of buildings,” says Wong. While it will be some years before we see the results of WOHA’s investigations into the possibilities for interconnected city development, the recently completed Kampung Admiralty development (with landscape architect Ramboll Studio Dreiseitl) provides a glimpse of a ‘city-within-a-city’ approach for an integrated public development.

“It’s quite a radical move again – creating a lot of public spaces that otherwise no one would provide,” says Wong.

In Singapore, says Hassell, a lot of national policy is now more in alignment with issues WOHA has been investigating (sustainability and green plot ratio, for example). He explains, “In some ways, this makes our job easier in that there’s a common vocabulary instead of aspirations.

In another way, because it’s been codified into a set of solutions, we can’t experiment as much as we used to.” But certainly, he sees a need for more cross-agency collaboration: “Through integration, you could achieve great results. But who’s in charge of integration? Nobody. Integrated systems thinking could deliver us the solutions we need to survive.”

Join us in Singapore for the 2018 INDE.Awards Gala on Friday 22 June! WOHA were 2017 INDE.Awards Luminaries, an award category proudly sponsored by Wilkhahn.

This article was originally published in Cubes issue 88.