Ministry Of Design: Capturing The Zeitgeist

The bold and aspirational approach of Ministry of Design has seen the studio attain widespread recognition and international growth. The studio is shortlisted in The Design Studio category of INDE.Awards 2018. Find out more! 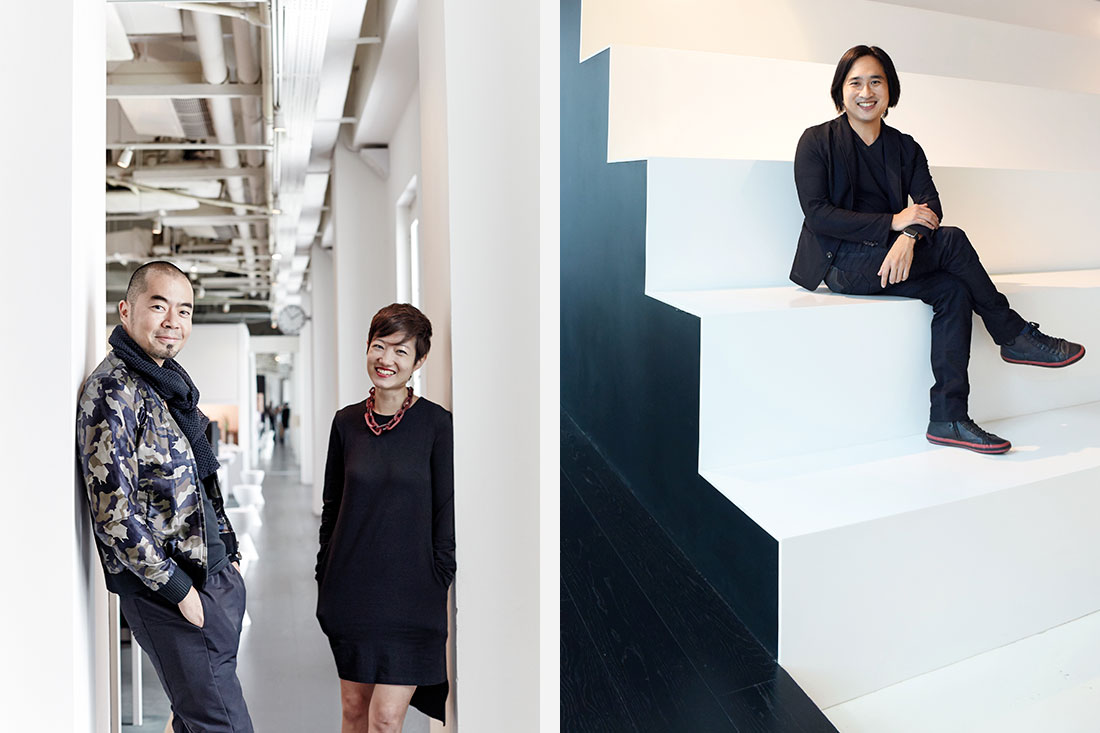 Entering Ministry of Design’s (MOD’s) office is in itself an experience. The entrance is a massive pivoting black door that opens up to a sun-drenched, all-white space. On the right-hand side is a gallery of steps – functioning as both display and seating – and behind it, the meeting rooms. On the left, beyond the gallery’s wall, are the rows of desks that gave the office its moniker: the Barcode Office. 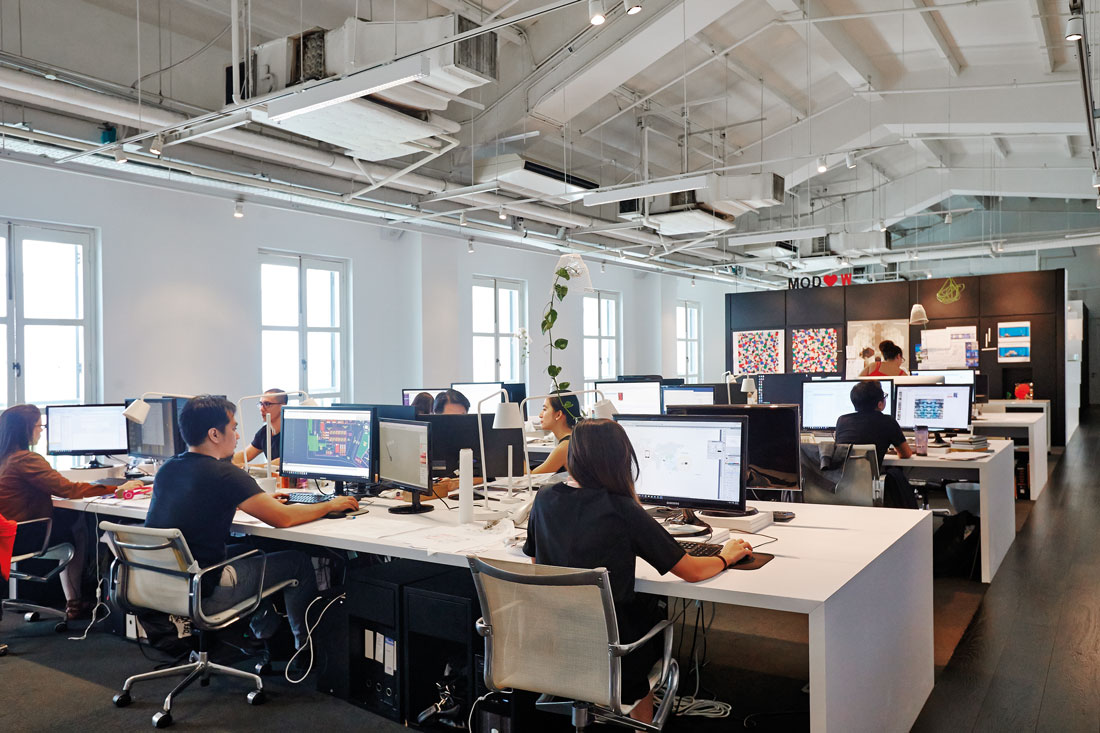 Inhabiting six converted shophouses in Chinatown, the award-winning office interior is mostly dressed in black and white, with the exception of a single room that staff have dubbed the ‘panic room’. It is dressed entirely in red.

The space has been home to MOD for eight years. “The firm runs a bit like a studio. We have crits and a lot of debates,” says founder and Design Director Colin Seah. We chat over a cool, tall glass of Ribena in the library at the back of the office – the designated space for decompression. “Often, at the beginning of a project, I don’t know what the best route ahead is, so we collectively talk about it. It’s democratic; it’s not like a master-sitting-under-the-bodhi-tree kind of environment,” he says. 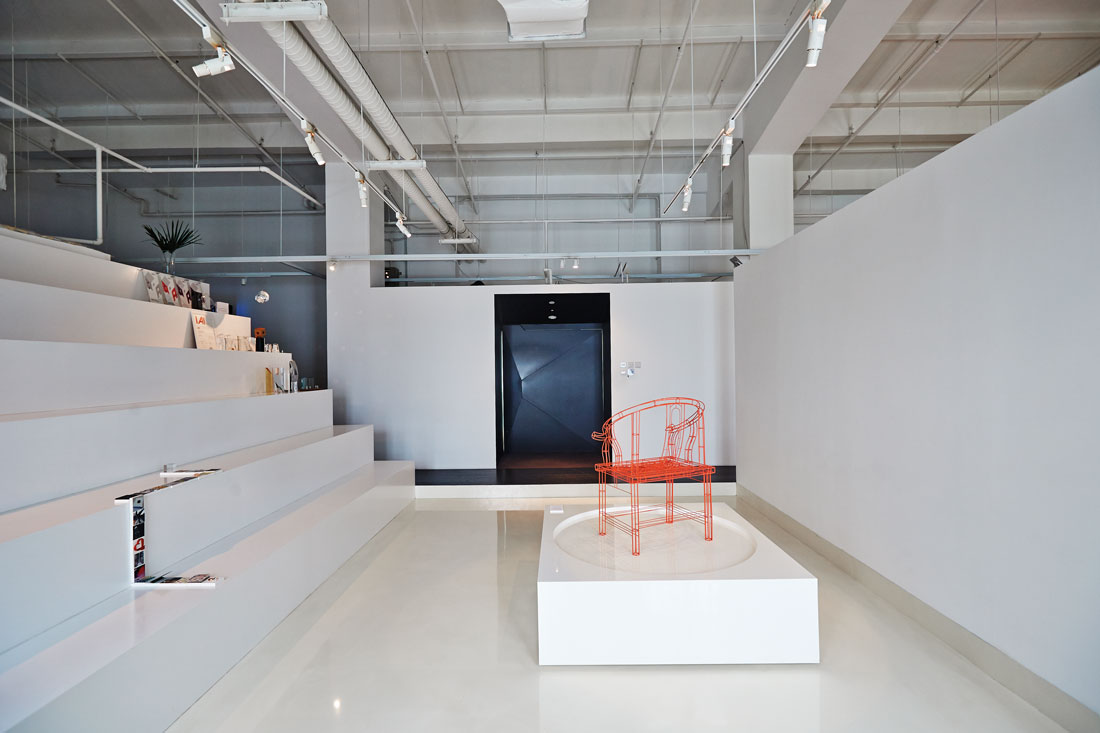 He runs MOD with his wife Joy Seah, MOD’s Business Development Director, and Partner David Tan, who is the Director of MOD’s Kuala Lumpur office. Colin established MOD as a one-man studio operating from his living room in 2004 while Joy officially joined the company in 2007. Nowadays the integrated spatial design practice employs 30 staff spread across three offices in Singapore, Beijing and Kuala Lumpur, and has 85 international awards to its name. 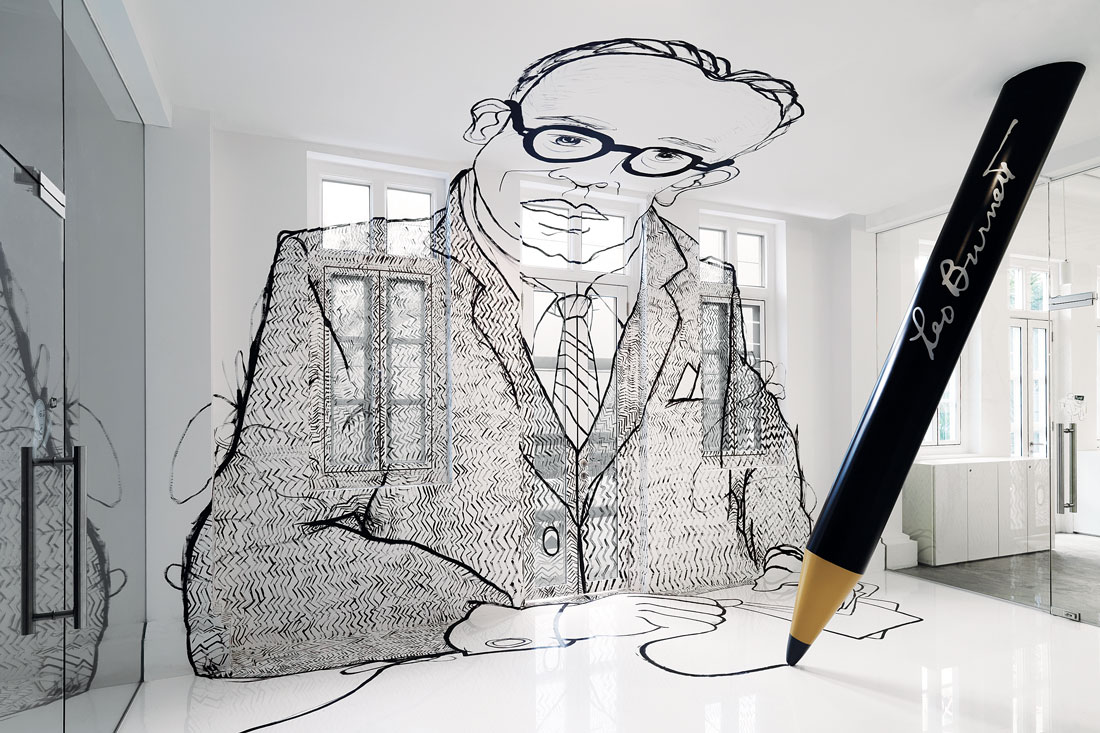 It’s difficult to categorise the work of Ministry of Design according to genres. The studio’s portfolio is made up of widely diverse projects at widely diverse scales – from a small boutique hotel to a million-square-foot mixed-use development. Each endeavours to be delightfully surprising yet relevant. The unifying thread in the projects is the methodology with which they were designed. MOD has distilled this into a mantra – Question, Disturb, Redefine. Think of it as a standard operating procedure, but less standard and more tailored. 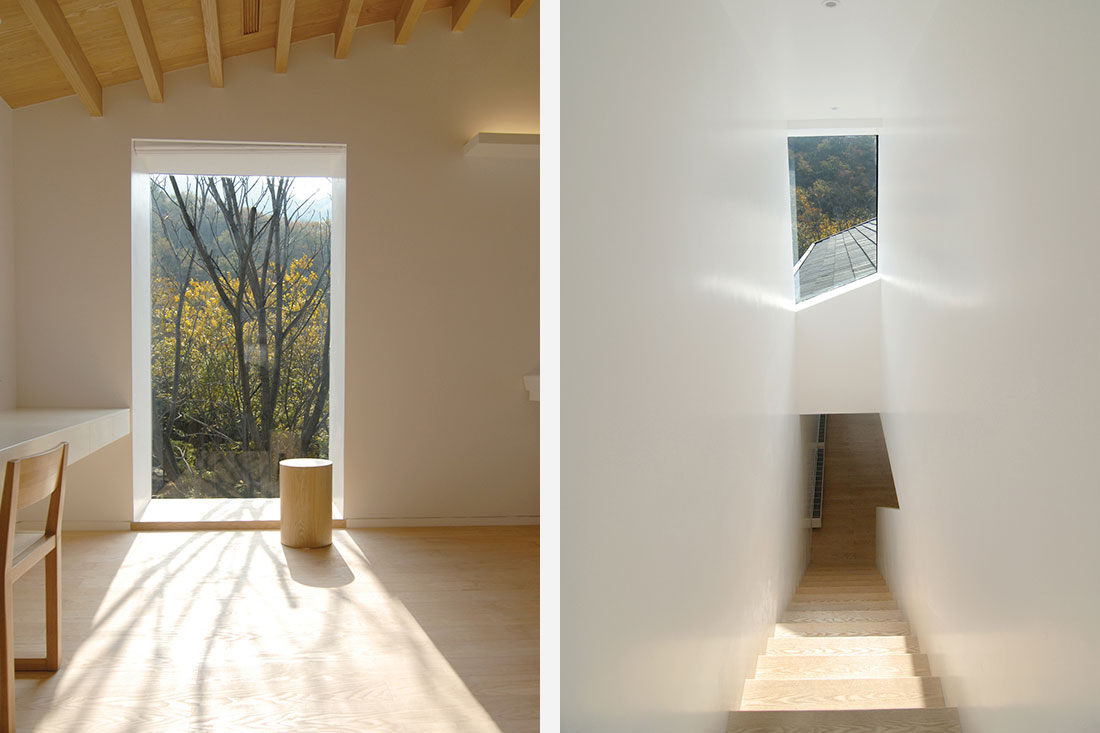 The name of the firm was both a tongue-in-cheek reference to Singapore’s many ministries and a reflection of his belief that his passion and talent for design were God-given. Colin regarded the studio as a vehicle to exercise these gifts.

MOD has a knack for capturing the zeitgeist. From the early years, the firm has had a strong desire to start each project by thinking far upstream to establish a central idea that will guide the team through the entire design process. 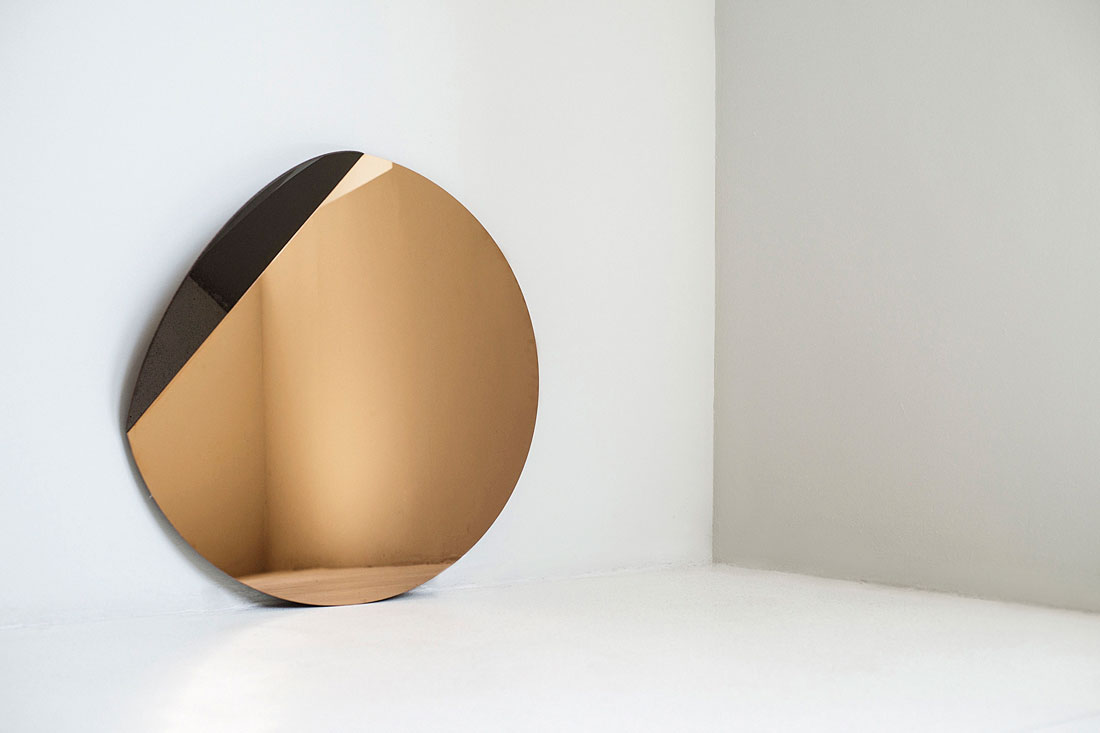 Measure of Reflection Mirror for Industry+

This upstream approach translates into a wide variety of possible downstream design solutions that includes, but is not limited to, architecture, product design, interior design, graphic design, branding strategy and various hybrids thereof, making their service both holistic and bespoke – two words that have always been heavily associated with lifestyle.

Next in MOD’s sights is an exploration of augmented reality and the integration of the digital and physical realms. One more ‘upstream’ issue that MOD is particularly interested in is the working relationship between clients and designers. “Right now,” says Colin, “the gulf between the client as the commissioner of the project and the designer as the consultant is very big. We’ve been asking ourselves, can we move into a more collaborative model? What if the client and the design team become one?