From flying around the clock, to traversing time zones from home. With severe limitations on international travel, Landini Associates has had to adapt its modus operandi. The process has been illuminating, reports Stephen Crafti. 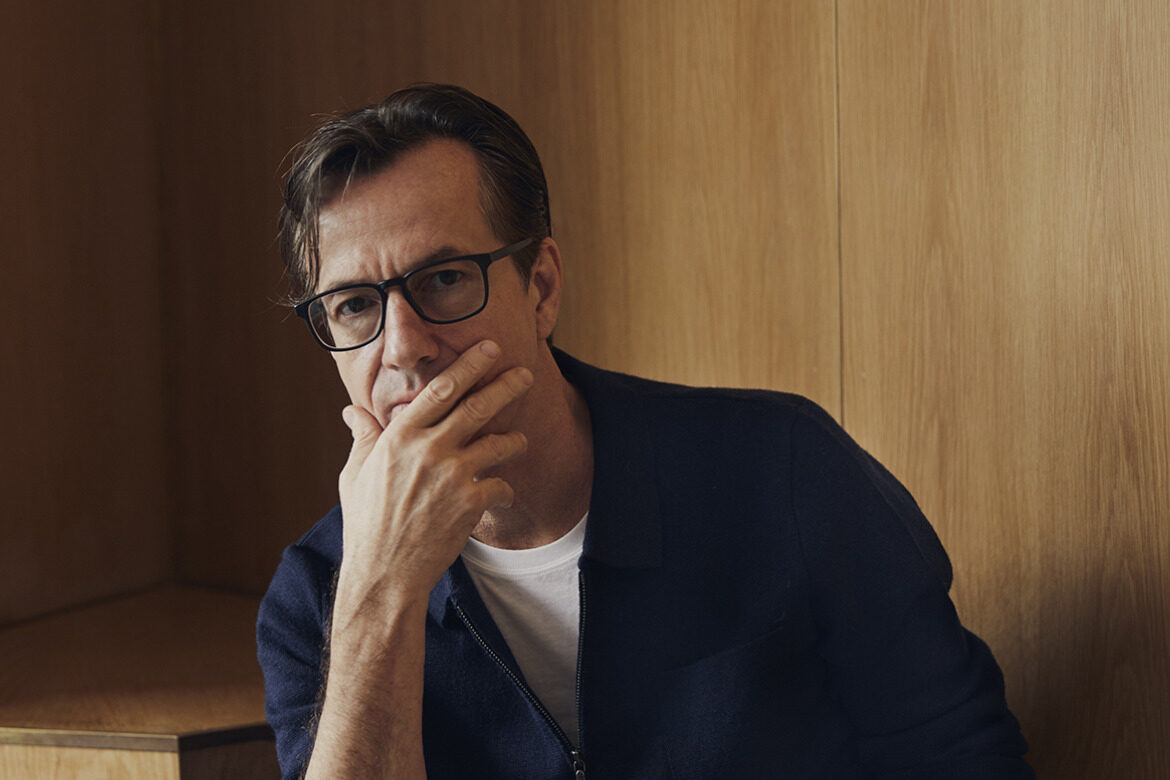 Mark Landini uses the term ‘the blindfold test’ when talking about a new design for a client. “If you drop someone into a store wearing a blindfold, they should know instantly where they are,” says Landini, who is at the helm of Landini Associates, based in Sydney, Australia.

Although Landini has an enviable client list, approximately 85 per cent of them are overseas. “It’s easier to ask me where we’re not working,” says Landini, who has clients in Canada, North and South America, Europe and Asia.

Prior to the pandemic, Landini and his team would circle the planet at least 10 times a year, sometimes heading for meetings in London that would only extend for one hour.

“Since COVID-19, we’re getting much more sleep and in many ways our program is more efficient,” says Landini, who can speak to a client in, say Canada, at the end of their day. The team can then deliver concepts and plans to them online when they switch on their iPads first thing the next morning.

Although Landini and his team of 25 have an office in Surry Hills, most continue to work from home and only go to the office for meetings. “There are certain things that sitting around a table together can’t be achieved with Zoom.”

Landini, who established Landini Associates in 1993 with his wife Rikki Landini, was formerly creative director of Terrence Conran’s design company. And while design is at the core of their business, Landini Associates has a talent for making the retail and hospitality sector thrive even when there’s a downturn.

Whether its for a new retail fit-out for ‘Sun Sand & Sport’ in Dubai, or for Felna (kanesue) one of the largest supermarket chains in Japan, Landini sees the studio’s success as not ‘following the pack’ but looking at solving problems and creating a new experience in the process.

Landini’s reverse brief for the Italian supermarket Esselunga, comprised one word in Italian, ‘Dimmi’, loosely meaning ‘tell me about it’. Rather than present the usual schematic of a supermarket, Landini exposed the brand’s reputation for making food on site as much as for bringing food in from wholesales.

So, rather than being greeted with a point of sale, shoppers can enjoy seeing chefs and other staff producing food in a glass-fronted cube on arrival. “This immediately gives people a sense of who Esselunga is,” says Landini.

For a new project about to open in Paris, Landini’s client walked around the premises with a camera attached to his head.

“So, we could easily see the few areas that still needed to be addressed. In the past, we would have gone to Paris, met with our client and discussed things over a lunch meeting.”

“But now that’s all in the past,” says Landini, who, given the extensive experience of working remotely with overseas clients, has been more than comfortable working from home.

Following fashion has also never driven the Landini approach. The studio’s success with the Glassons chain of fashion stores in Australia and New Zealand is testimony to this, with a new concept for a New Zealand store thinking ‘outside the square’.

“The idea is more akin to visiting a bricks and mortar store, but with a feel of still being online when you walk through the space.”

While other designers may be finding working remotely a relatively new experience since the arrival of COVID-19, Landini Associates roams the globe in a similar way to tapping into a car’s GPS. “And we’re happy with the extra time this now offers.”